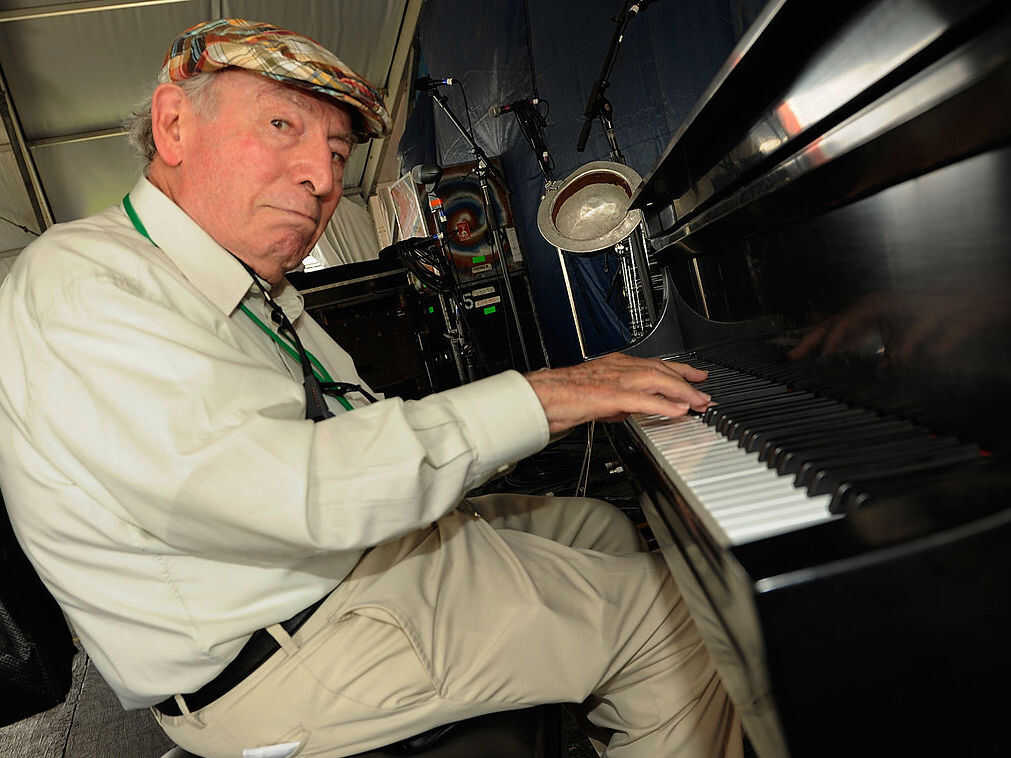 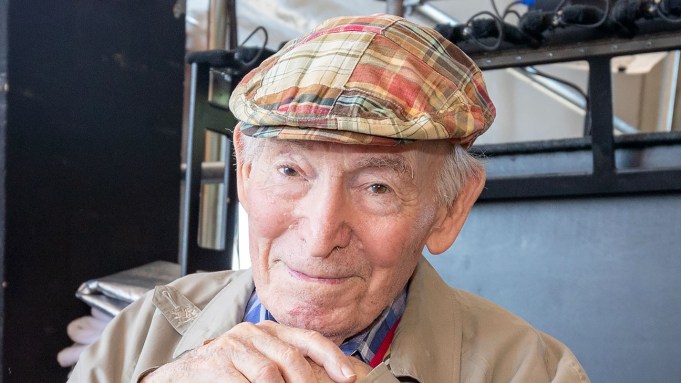 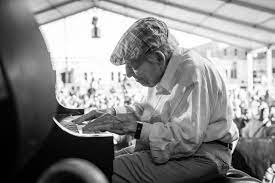 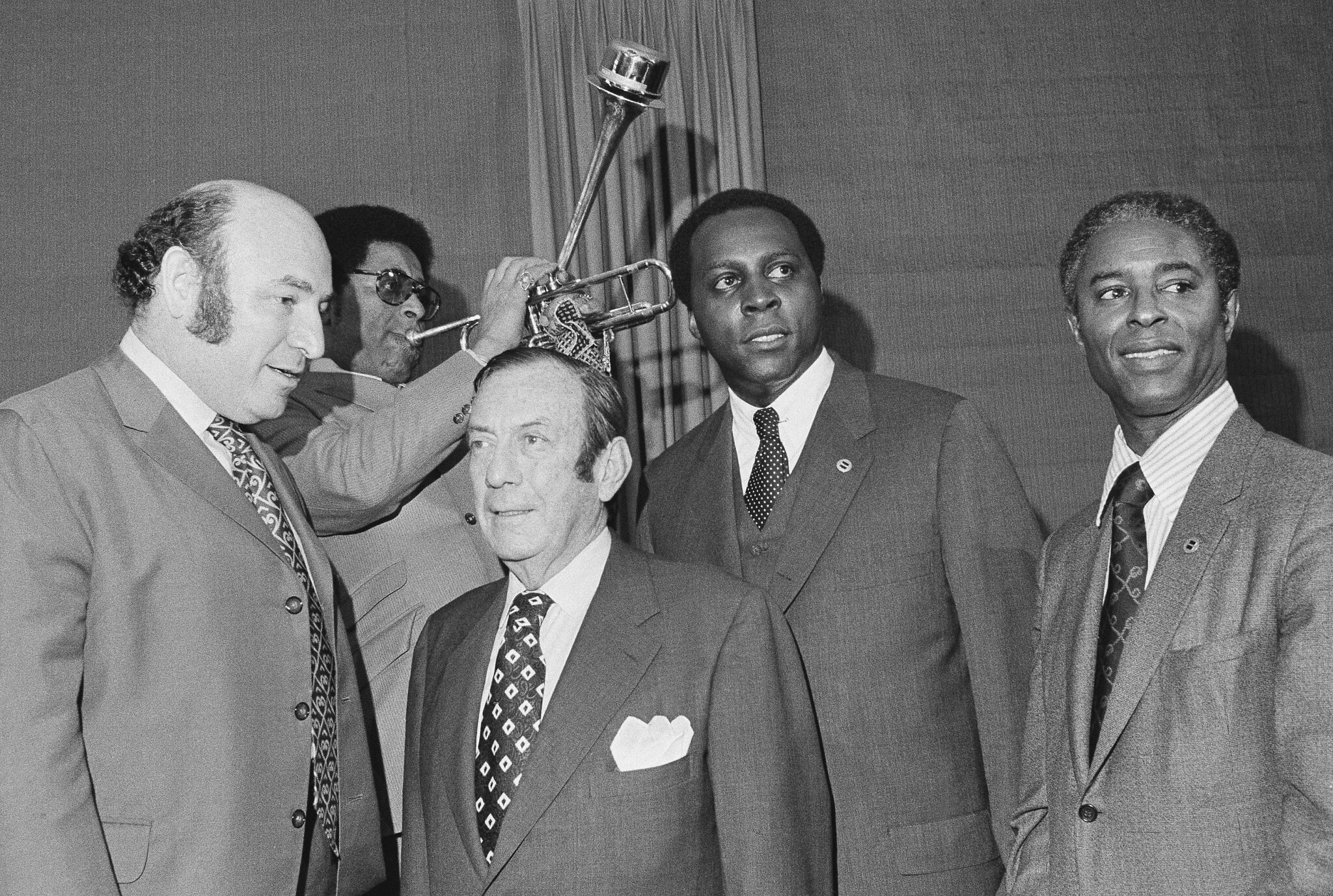 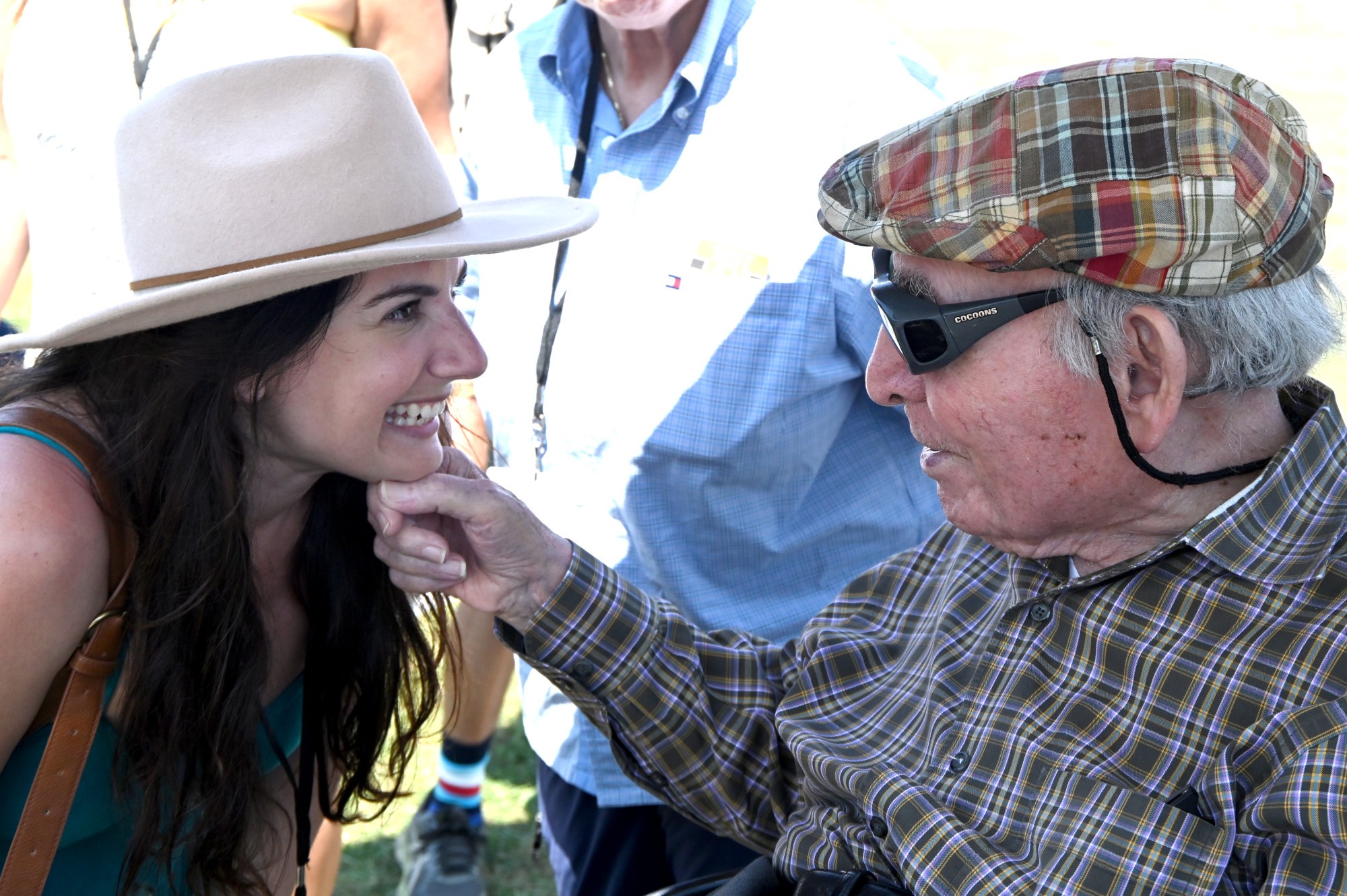 Music impresario George Wein, who spawned the modern music festival when he helped launch the Newport Jazz and Newport Folk Festivals, has died at the age of 95.

According to a statement from his family, Wein died peacefully in his sleep early Monday morning.

Wein, who was also a musician himself, lived a life most jazz fans dream about. He knew the giants and innovators by their first names. At the very first Newport Jazz Festival, Wein arranged a reunion between saxophonist Lester Young and singer Billie Holiday. The two former collaborators hadn't spoken for years. He told a private Newport audience in 2003 that Young hesitated in the wings.

"This is one of the most poignant memories of my life," Wein said. "'Cause there was this magnificent saxophonist — one of the great figures in the history of the music — standing there and wasn't going on the stage. Billie sang about three choruses of the first song, and the next thing you know, he says, 'I guess I'll have to go up and help the Lady out."

Their reunion wasn't recorded, but the festival next year was. Wein booked Miles Davis to play at a time when the trumpeter was on the ropes.

"I know that he was especially passionate early on about winning a kind of respect for jazz in sort of mainstream culture," says Chinen, who also co-wrote Wein's memoir, Myself Among Others.

Chinen says Wein was proud of having a hand in making jazz the accepted American art form it is now. But Wein's relationship to the artists was just as important.

"He understood the musician mindset," Chinen observes, "and he really really cared about how musicians were doing. He wanted to support them as promoter and producer and also just as a friend to the music."

He was a musician, a child prodigy. And in his teens, he played jazz piano professionally around Boston. As an adult, he managed Storyville, one of the city's clubs, and took notice of the folk music revival embraced by Boston college students in the 1950s.

He booked the likes of Odetta and guitarist Josh White into his club. And the reception they got convinced him to launch a folk festival.

"Well, as I remember it, it was pretty big deal for me," says Joan Baez. At that time, Baez had a steady coffee shop presence around Harvard Square. But she says Newport was something else.

And Newport made history. In 1963, Baez introduced a young Bob Dylan to his largest national audience at the time. And just two years later, Dylan broke with folk purists and went electric — at Newport.

Newport's popularity led Wein to start a production company. He took his approach to New Orleans, where he boosted the city's Jazz and Heritage Festival, and eventually exported his concept around the world.

In 2007, Wein sold his company, and tried to enjoy semi-retirement. But two years later, the festivals he founded had gone bankrupt, and at age 82, Wein set up a non-profit foundation to the protect Newport's future, as he told NPR in 2011.

"The only chance we have of keeping the festival alive after I'm gone," he said, "is to have a foundation and people that want to keep to it alive."

Speaking on the occasion of Newport's 50th anniversary in 2004, George Wein told the public radio show American Routes there was a very basic reason for his success: "My real talent was making things happen."

And he did — for more than half a century — for fans and musicians alike.