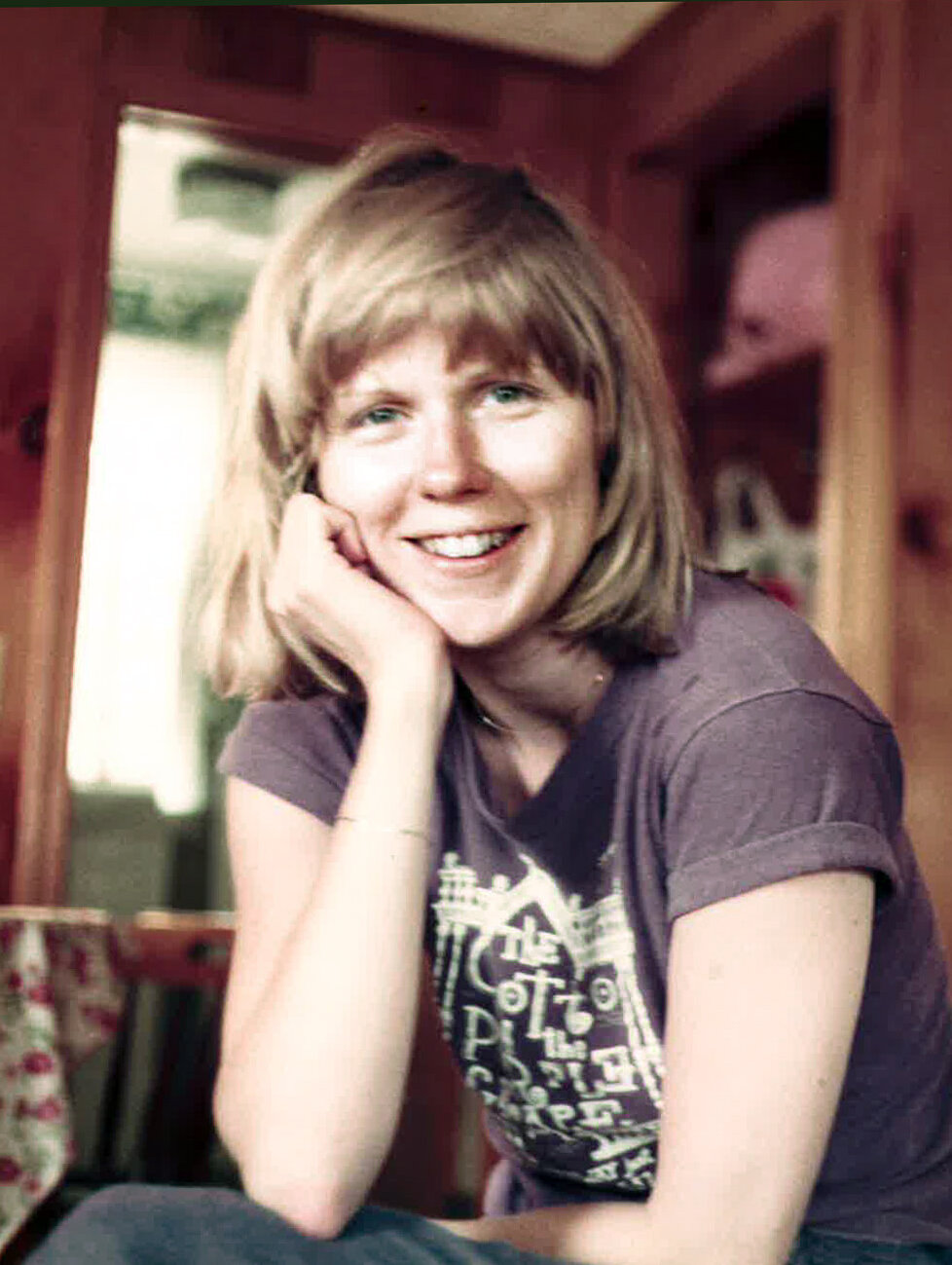 Ginny Redington Dawes in an undated photo. She wrote or helped write the music for some of Madison Avenue’s best-known commercial jingles.Credit via James McCullar 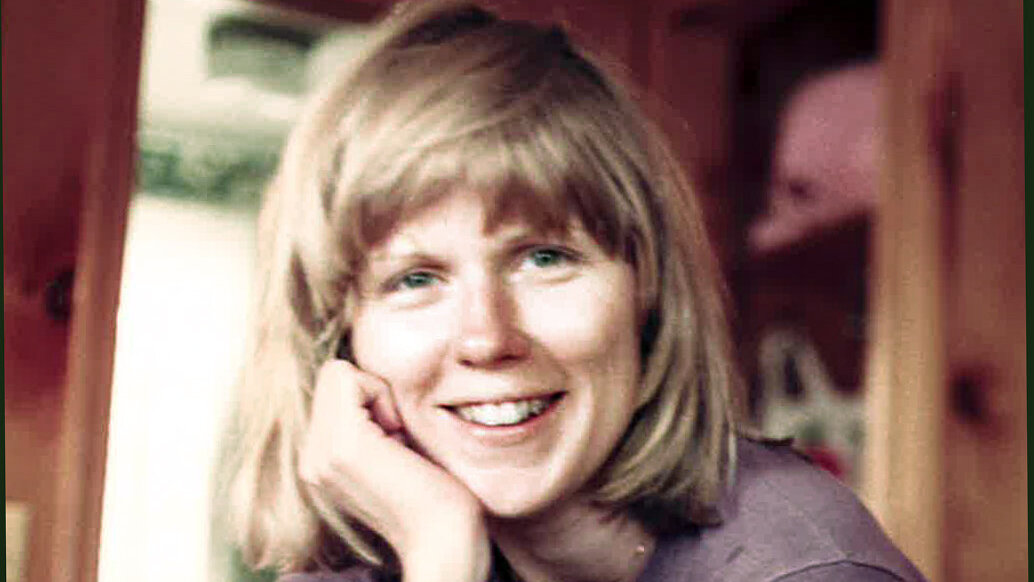 She collaborated on the melodies for signature commercials that sang the praises of McDonald’s, Coca-Cola and other brands.

Ginny Redington Dawes, a songwriter whose compositions included memorable advertising jingles like the chipper McDonald’s declaration “You, You’re the One” and Coca-Cola’s boast that “Coke Is It,” died on Dec. 31 in Manhattan. She was 77.

Her companion and only immediate survivor, James McCullar, said the cause was complications of hepatic cirrhosis.

Ms. Dawes never became well known herself, but she helped maintain or boost the popularity of the products she promoted. And she insinuated infectious tunes into the nation’s repertoire that Americans whistled and hummed as much as the songs played on Top 40 radio.

She hooked listeners with melodically and rhythmically catchy jingles that accompanied slogans for everything from Tide detergent to Hartz’s tick and flea-fighting pet collars, Kit Kat candy bars and Johnson’s baby powder.

“When I’ve got a really great lyric,” she told Charles Osgood of CBS in a 1977 television interview, “I put a very simple melody to it.”

Ms. Dawes started writing the music and lyrics for commercials in 1975 after the firm of Sidney E. Woloshin — who composed the original McDonald’s “You Deserve a Break Today” jingle in 1971 — was commissioned to do one for the chain’s new “You, You’re the One” advertising campaign.

In 1979, she married a jingle-writing competitor, Thomas W. Dawes, whose credits included Alka-Seltzer’s “Plop, Plop, Fizz, Fizz” and “7Up, the Uncola.”

They later collaborated on the music for, among other campaigns, American Airlines’ “Something Special in the Air” and the familiar “Coke Is It.” Mr. Dawes died in 2007.

The jingle that underscored Coke’s claim to be “It,” introduced in 1982, was described as a “piece of dynamite” by John F. Bergin, the worldwide director of the Coke account at the McCann-Erickson agency.

While David Ogilvy, a founder of the Ogilvy & Mather agency, was credited with the credo “If you don’t have anything to say, sing it,” Mr. Bergin argued that the musical accompaniment to the Coke commercial was anything but an afterthought. If soda drinkers paused to parse the ambiguity of what “It” was, the tune was intended to define the term and embellish it.

“It’s like a football fight song,” Mr. Bergin told The New York Times. “Usually you get a languid ballad. We were looking for a big, bold sound, and a big, bold statement. This isn’t an ipsy-pipsy drink, and the music says that loud and clear.”

The song, composed by Ms. Dawes and arranged by her husband, was one of 18 jingles and 36 proposed slogans presented to Coca-Cola executives to succeed “Have a Coke and a Smile.”

The music and copy were tested separately in consumer focus groups and individual interviews until the agency and company reached a consensus that “Coke is it” was, indeed, it.

She began her musical career as a singer, to glowing reviews.

When she appeared in 1975 at the Coriander, a restaurant on Manhattan’s Upper East Side, John S. Wilson of The Times called her a “startling performer” who sang “in a deep, strong, beautifully controlled voice that is filled with vivid colors, as she moves from low, sexy passages to an open, lusty shout.”

Virginia Mary Redington was born on May 13, 1945, in Brooklyn and raised in the Bay Ridge section of the borough. Her father, Joseph, was a naval architect. Her mother, May (O’Brien) Redington, was a teacher.

Virginia attended Fontbonne Hall Academy in Brooklyn and graduated from St. Josephs College, also in Brooklyn, with a degree in English in 1966.

She and Mr. Dawes — a founder of the folk-pop group the Cyrkle, best known for its 1966 hit single “Red Rubber Ball,” written by Paul Simon and Bruce Woodley of the Seekers — married in 1979 and, merging their talents, formed TwinStar Music to produce jingles

The couple also wrote the book, music and lyrics for “The Talk of the Town,” a show about the fabled literary round table at the Algonquin Hotel, whose members included Dorothy Parker, Robert Benchley and George S. Kaufman. First produced in 2004, it ran nearly two years at the Bank Street Theater before it moved as a cabaret show to the Algonquin Hotel’s Oak Room.

Reviewing the show for Bloomberg News, John Simon wrote that its music and wit matched “the infectious energy and sophistication of the real-life luminaries it is based on.”

Ms. Dawes was also a collector of antique jewelry and the author, with her husband (who took the photographs) and others, of several books on the subject, including “The Bakelite Jewelry Book” (1988), with Corinne Davidov, and “Georgian Jewellery 1714-1830” (2007), with Ms. Dawes’s fellow collector Olivia Collings.