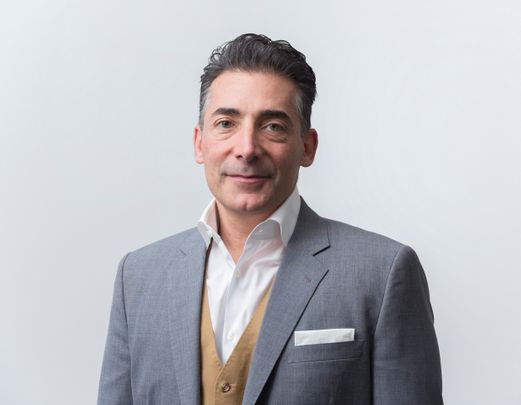 One feature reminds users to reach out to a grieving friend or family member during holidays, at anniversaries and a month or two after the funeral. Another allows family members to quickly access photos, videos and condolences.

The app, launched Sept. 20, is designed to help family members manage and spread the news of their loved one's death. It also helps other users stay in the loop about deaths within their social networks.

“We are an app for the living," Alhermizi said.  "It’s about bringing people together to help love you and support you during a difficult time … to help bring them together to support each other, not just for the two weeks around the (funeral) event, but for the long term."

Almerhizi, 51, hopes Everdays will "de-stigmatize the conversation about death, making the subject more approachable and acceptable."

After downloading the app, users shares their contacts and identifies the networks, such as schools, employers, their hometown and clubs, that they care about. The Everdays platform uses artificial intelligence and machine learning to make connections in a network and send death notifications. The goal is to “make sure you never miss another important passing,” Alhermizi said.

The Everdays mobile app keeps users in the loop about deaths within their circles of friends, family members and acquaintances. (Photo: Submitted)

“You share your contacts with us," he added. "You tell us a little about yourself and then we monitor the world and automatically send relevant announcements that matter to you. By the time you reach 50 years old, you’re touched by a relevant passing one every 30 days, on average.”

The app appeals to users ages 45 and up and its core demographic is women ages 45-54. Alhermizi suspects his market will expand to users in their 20s and 30s as the app becomes more pervasive.

“We’re delivering it in a modern way, using tools that everyone, especially young people like," he said. "That’s how we expand the conversation and take it younger.”

At first, Alhermizi couldn’t convince his mobile development team that Everdays was worth pursuing. Its members were under age 30 and none had experienced significant deaths in their families or among friends.

The group had worked with him when he developed and expanded Gas Station TV, taking the business from "zero to 10,000 gas stations" in seven years. When he sold Gas Station TV in 2014 to a private equity firm led by Dan Gilbert, he kept the development team.

Alhermizi had plans to "celebrate life and enjoy it with family" after selling his business. He had one son, Max, twins on the way and plans to take his parents on a vacation trip. Two months after the sale, his father ended up in the hospital and died seven weeks later.

Alhermizi took six months off and then returned to work.

"It was a weird time," he said. "This was three years ago. My team had been busy coming up with ideas, throwing stuff against the wall to see what would work and what wouldn't work and I hit them with, 'Look guys, I just had this miserable experience trying to bring together all those who matter to me around my dad’s passing. The whole industry is devoid of any worthwhile technology. There is a really big opportunity here.'"

He tried for nearly a year to get his team excited about the idea, but couldn't get them on board until one of them experienced the death of a grandmother.

"He went home to Connecticut to help his dad bury her," Alhermizi said. "He came back and said, 'Now I get it.' The rest is history.”

Alhermizi  invested $5 million into the company and recruited other investors. About a year and a half ago, Everdays launched a dashboard that enables funeral homes to create and send obituary information to their clients via text message or email. Approximately 1,000 funeral homes use the platform. The mobile app takes the process a step further.

"We text the Everdays announcement to the family and they download the app and can send it to select contacts to their phone. That way, it’s focused to their friends and family. It gets the word out," Connell said.

He said baby boomers and younger generations both like using the technology.

"We're already announcing one-half of 1 percent of the passings in the U.S.," Alhermizi said. "Soon, it will be 3 percent and then 5 and 10 and then we'll have so much data that you truly will never miss another passing that is relevant to you."