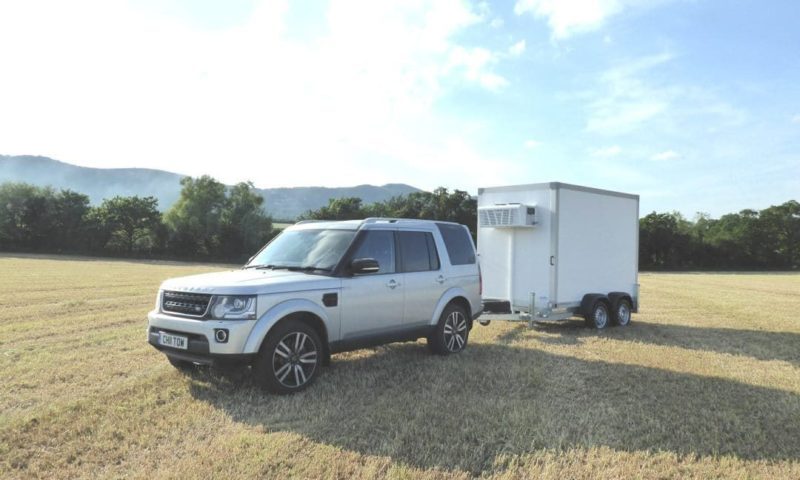 Coldtraila said it noticed more funeral directors asking to use the company's services during summer, prompting the launch of a targeted offering.

One of the UK’s largest providers of fridge and freezer trailers has launched a service specifically for the funeral industry to aid with the storage and transportation of bodies.

Coldtraila said this summer, it noticed an influx of funeral directorsusing its trailers to store bodies at mortuaries and crematoriums to provide extra storage after they had reached full capacity.

After searching the market in both Europe and beyond to cope with rising demands, the refrigeration experts found and acquired two of its highest quality trailers to set up a new service for the storage of bodies. It aimed to make sure the trailers selected were both cost-effective and provided extra space without the need of planning permission.

Ross Pushman, managing director of Coldtraila, said: “Refrigeration space in mortuaries and funeral directors can be a major problem and while there are already storage solutions available on the market, they can be very expensive. Our new and exclusive Chill-Tow and Freeze-Tow trailers not only have the same fridges and components as our popular German Humbaur models, but are also the most cost-effective of their kind.

“What’s more, they also offer better insulation than most other trailers on the UK market. This means funeral directors will be using higher quality storage solutions at a lower cost.”

Both new trailers come with a multifunctional digital display unit, polyurethane panels, non-slip insulated flooring and internal bulkhead lighting, to specifically aid with the storage of bodies. There is also an option to add racking to the trailers to assist with the storage of multiple bodies.

Pushman added: “As the only supplier of the Chill-Tow and Freeze-Tow in the UK, this exclusive service will help funeral directors curb overspill and ensure bodies are appropriately preserved for funerals.”