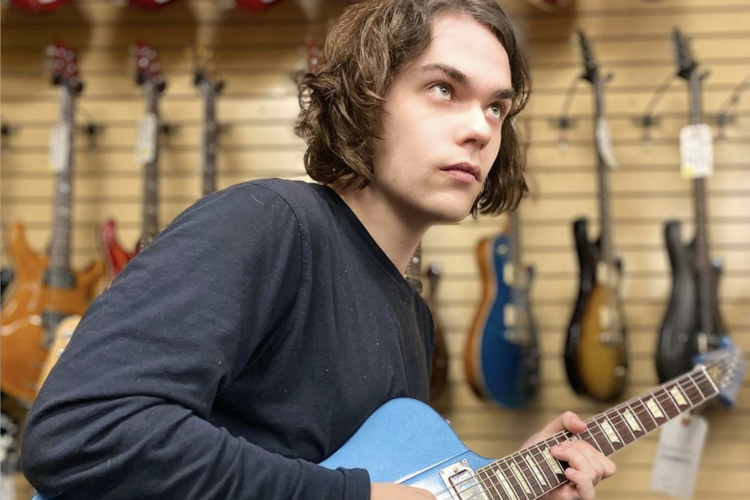 Cormac Roth, a musician and son of actor Tim Roth, died on Oct. 16 after a battle with cancer, the family announced Monday. He was 25.

“He was a wild and electric ball of energy and his spirit was filled with light and goodness,” his family said in a statement. “As wild as he was, Cormac was also the embodiment of kindness. A gentle soul who brought so much happiness and hope to those around him. The grief comes in waves, as do the tears and laughter, when we think of that beautiful boy across the 25 years and 10 months that we knew him. An irrepressible and joyful and wild and wonderful child. Only recently a man. We love him. We will carry him with us wherever we go.”

A graduate of Bennington College, Roth was a talented guitarist, composer and producer. He announced on his Instagram that he had been diagnosed with Stage 3 germ cell cancer in November 2021.

“It has taken away half of my hearing, 60 pounds of weight, my confidence, and will continue its murderous path until I can manage to stop it some how, and kill it,” he wrote. “But it hasn’t taken away my will to survive, or my love of making music. It hasn’t taken me down yet. If you or someone you love is effected by cancer, please feel free to reach out for it is an emotional rollercoaster unlike anything else. Love to you all please make sure to do the things that you love. Life is short. It is chaos. And you never know when it’s going to be you. Be well and go to the doctor. Fuck cancer.”

His father, Tim Roth, is known for starring in several of Quentin Tarantino’s movies, including “Reservoir Dogs,” “Pulp Fiction” and “The Hateful Eight,” and was Oscar-nominated for the 1995 film “Rob Roy.” He most recently appeared on the Marvel Studios and Disney+ series “She-Hulk: Attorney at Hulk,” reprising his “Hulk” villain role of Emil Blonsky, aka the Abomination.

Cormac Roth is survived by his parents, Tim and Nikki Roth, and his brother, Hunter Roth.