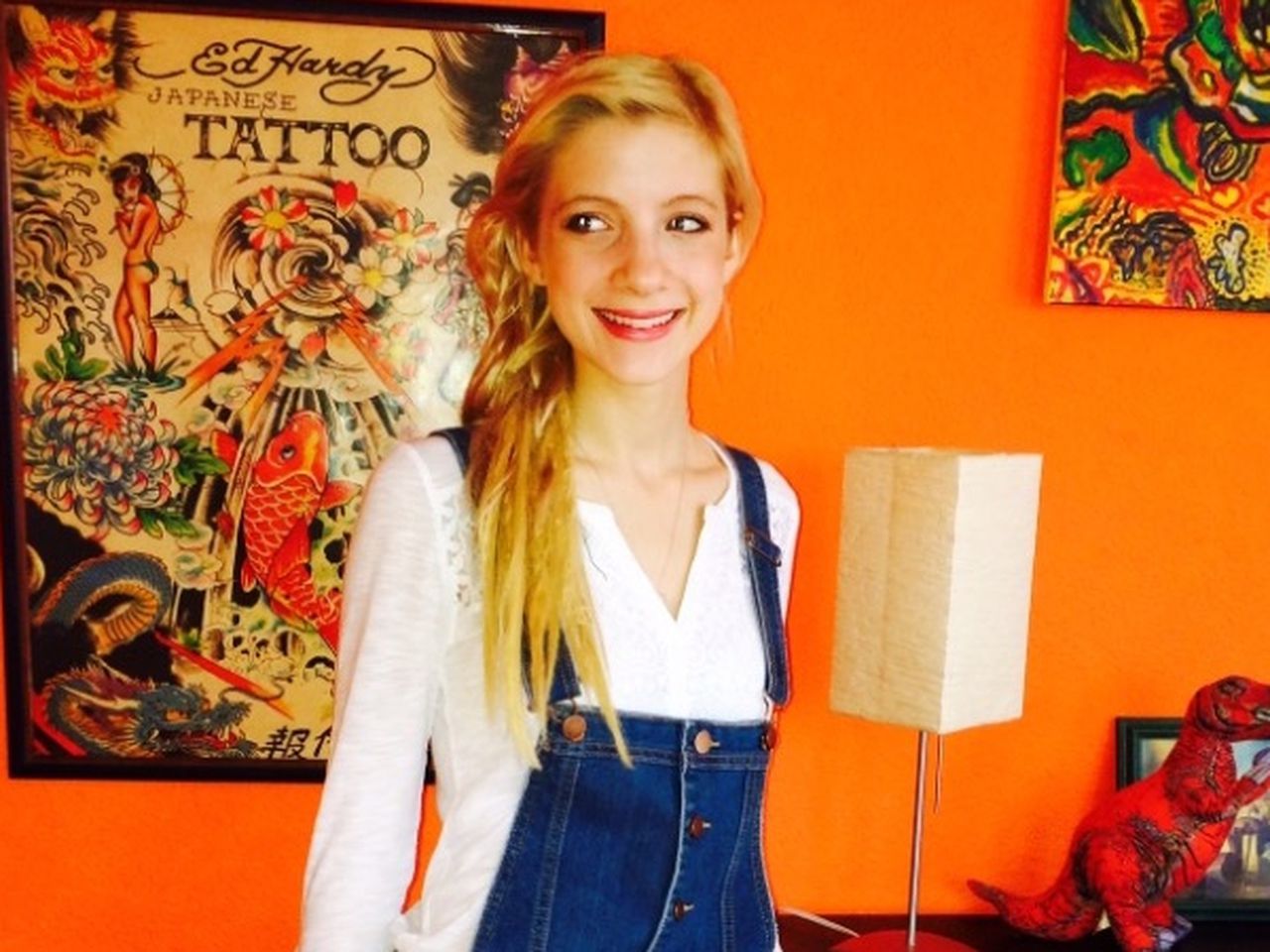 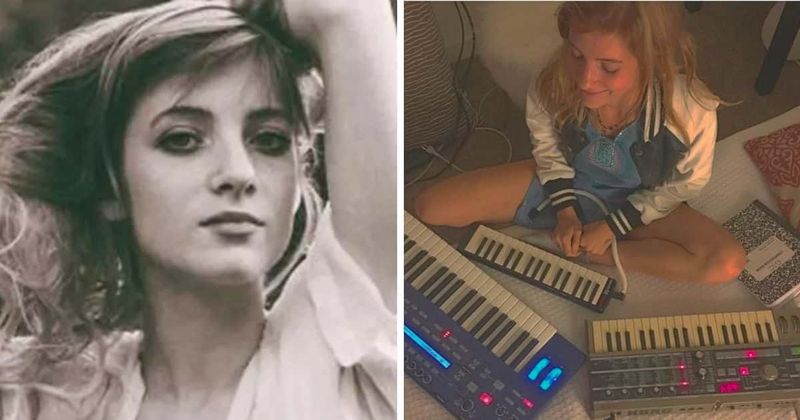 MEAWW :  The mysterious death of Erika Evans: Cops still in the dark about who shot 26-year-old musician | MEAWW 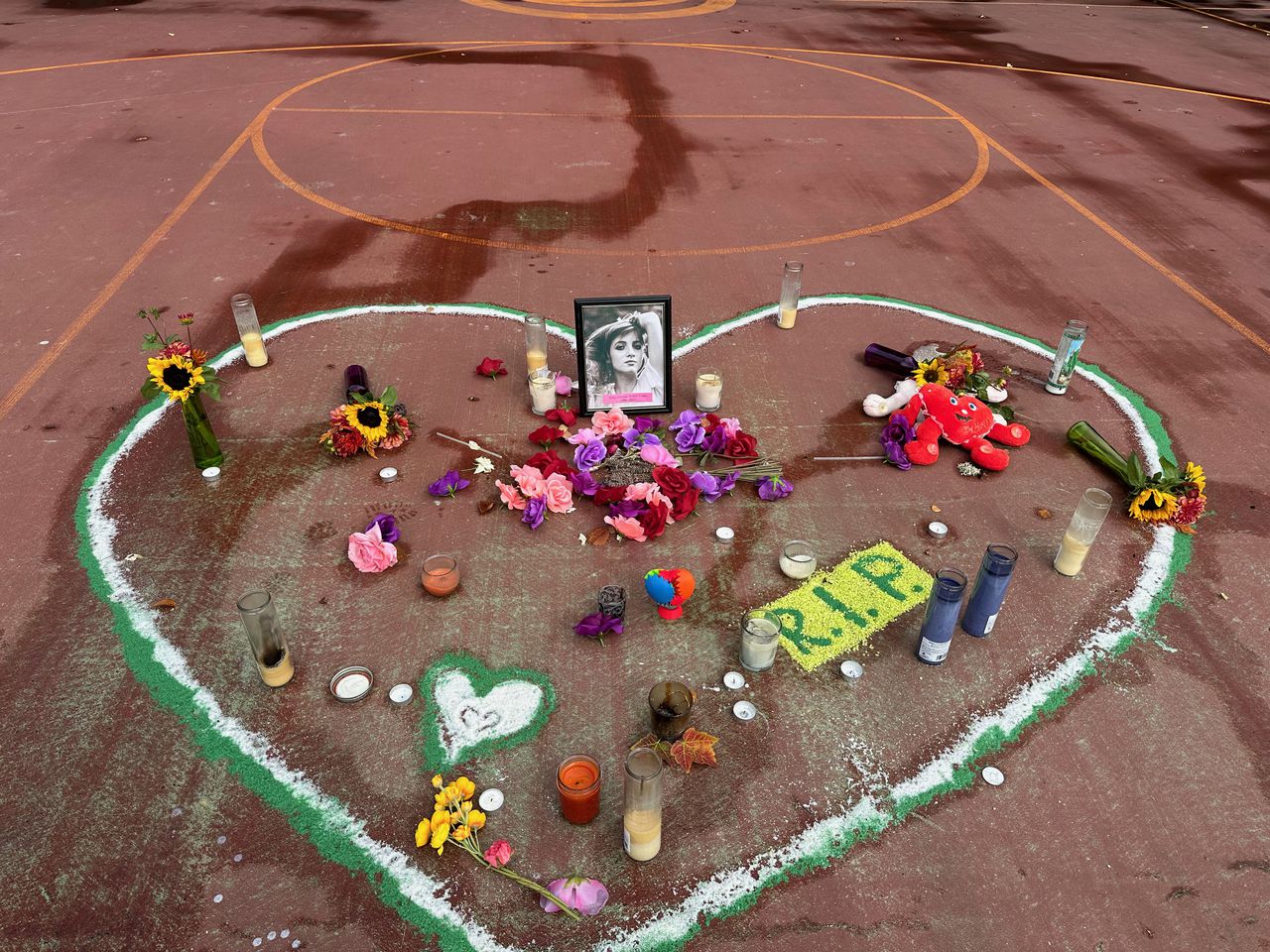 Local residents created a memorial for Erika Evans at Wallace Park, where she was killed.


By Savannah Eadens | The Oregonian/OregonLive

Erika Evans would sometimes set up a typewriter on a street corner along South Congress Avenue, a popular thoroughfare in her hometown of Austin, Texas. She’d sit there on the sidewalk, smiling at people passing by and quickly pound out a poem for anyone who stopped to chat.

This weekend, her family will host a candlelight vigil on that same spot.

She was an “aspiring, beautiful, talented, incredible person,” her father Paul Evans said, looking around the park.

Paul and his wife Christine, Erika Evans’ stepmother, stepped off a plane Thursday afternoon and went straight to the crime scene.

They walked through the muddy outskirts of the park’s baseball field, retracing their daughter’s last moments.

The parents paced in silence, watching as strangers paused at a makeshift memorial. Paul Evans knelt in the grass next to tire tracks near the basketball court; detectives told him an ambulance had driven up to his daughter’s body. Police found bullet casings here – and also in her car, which was located in Corvallis.

“It’s just so unbelievable,” Christine Evans whispered while taking photos of the park.

In the days after the fatal shooting, nearby residents created a heart-shaped memorial on the basketball court. Someone printed and framed a photo of Erika Evans that the police had publicly released. A note taped to a pole said, in part: “Don’t let this tragedy get swept under a rug.”

Paul and Christine Evans have no idea who wrote the note or who set up the memorial for their daughter.

It represents the best in human nature, Paul Evans said – “that there is compassion and care and regard for another person’s life. Even when she was an anonymous victim, (people in the neighborhood) still turned out. They still felt a community connection to her loss. I was very pleased she wasn’t just another homicide.”

Paul Evans last heard from his daughter on the morning of Sept. 18. She told him everything was going well. She left Austin in early August on a road trip to the West Coast with her boyfriend, Paul Evans said. The boyfriend liked going to Portland, he said.

Erika Evans liked Portland, too, even though she’d had a traumatic experience here.

Court documents reveal that in 2020, a man with whom Erika Evans was in an “intimate relationship” pleaded guilty in Multnomah County to fourth-degree assault domestic violence after Erika suffered a ruptured bowel and sepsis, requiring three surgeries. Erika Evans said the man had pushed and kicked her several times. The man was sentenced to 18 months of probation.

No one has been arrested in her killing.

Portland police said in an emailed statement Wednesday that detectives “are not sharing any information about suspects or persons of interest as doing so may compromise the investigation.”

Friends and family said Erika Evans was loving and gentle. A whimsical free spirit, she put her heart and soul into every project she undertook, big or small, they said. She created henna tattoos with intricate lace designs, played in a band while in college and produced her own music. She published a small book, “Eat Like a Local – Austin.”

She was creative from an early age, her father said. At their family home, Paul Evans constructed a small stage for Erika and her siblings. In a loud “wrestling announcer” voice, he’d boom, “Ladies and gentlemen, all the way from Austin, Texas, we’re proud to have her with us tonight, Erikaaaaaaaa!”

And Erika would burst out, dancing, belting a song or acting out a drama.

She liked to perform, but she enjoyed the serenity of being alone, too, lost in a good book.

Paul Evans would regularly take his children to the library when they were young. Erika would always leave with at least 10 books, he said. She’d lug them without complaint to school and back every day.

Words meant a lot to her; she drew power from them, from creating with them.

“I feel like poetry allows for time to be given to something you want to say,” she told Austin Monthly magazine in 2018, the year she graduated from the University of Texas in Austin. “Whenever you say something normally in conversation, I feel like it evaporates immediately and people hold on to that in their memory, and it becomes distorted. At least when you have it in a poem form, you can reflect back on it and have a more tangible thing to look at.”

“Be who you are, say what you feel,” she told a UT-Austin student magazine, “because those that mind don’t matter, and those that matter don’t mind.”

Growing up, she split her time between Texas and Louisiana, where her mother lives. She was drawn to the West Coast and lived in Monterrey, California, for a few years. But the energy and vitality of Austin’s music scene always brought her back.

As the family prepares for the vigil this weekend in Austin, grieving friends and acquaintances have been sending Paul Evans poems his daughter wrote. One is about family members watching from afar after death:

You know now you can confide

in these heavens above

that the tides rise to greet you – when you

you can roll downhill,

that saving grace is more than a gesture. – Savannah Eadens; seadens@oregonian.com; 503-221-6651; @savannaheadens

Our journalism needs your support. Please become a subscriber today at OregonLive.com/subscribe

Mystery Surrounds Killing of Musician Who Traveled to Portland, Ore., for 'Adventure,' Was Found Dead in Park
https://people.com/crime/erika-evans-musician-killed-portland-park/