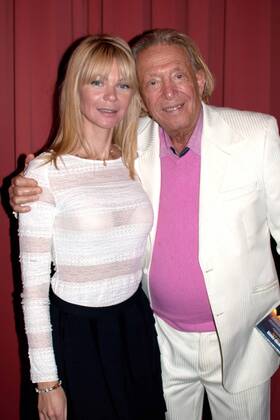 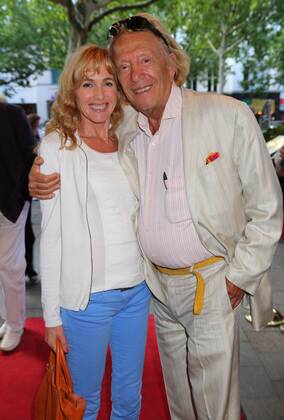 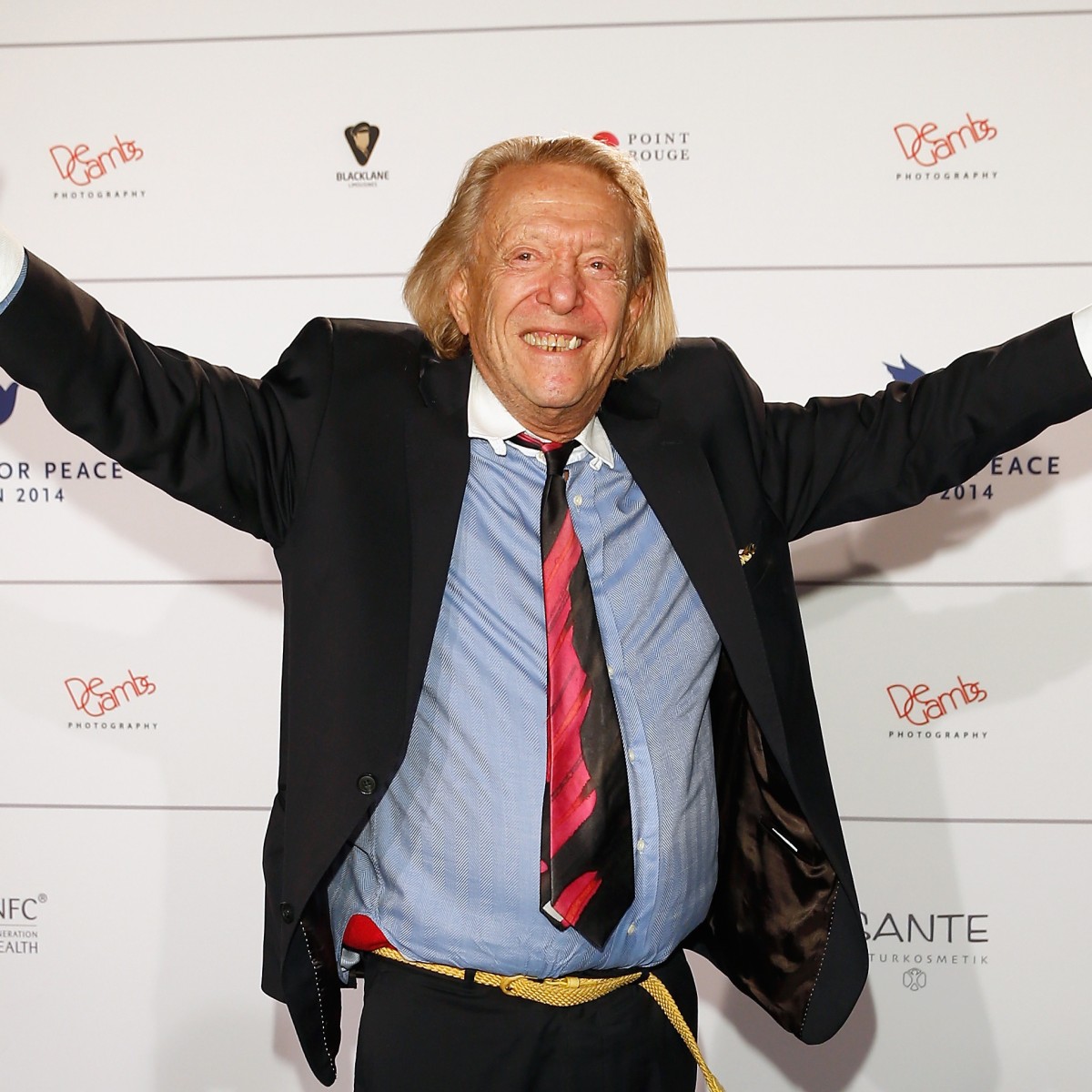 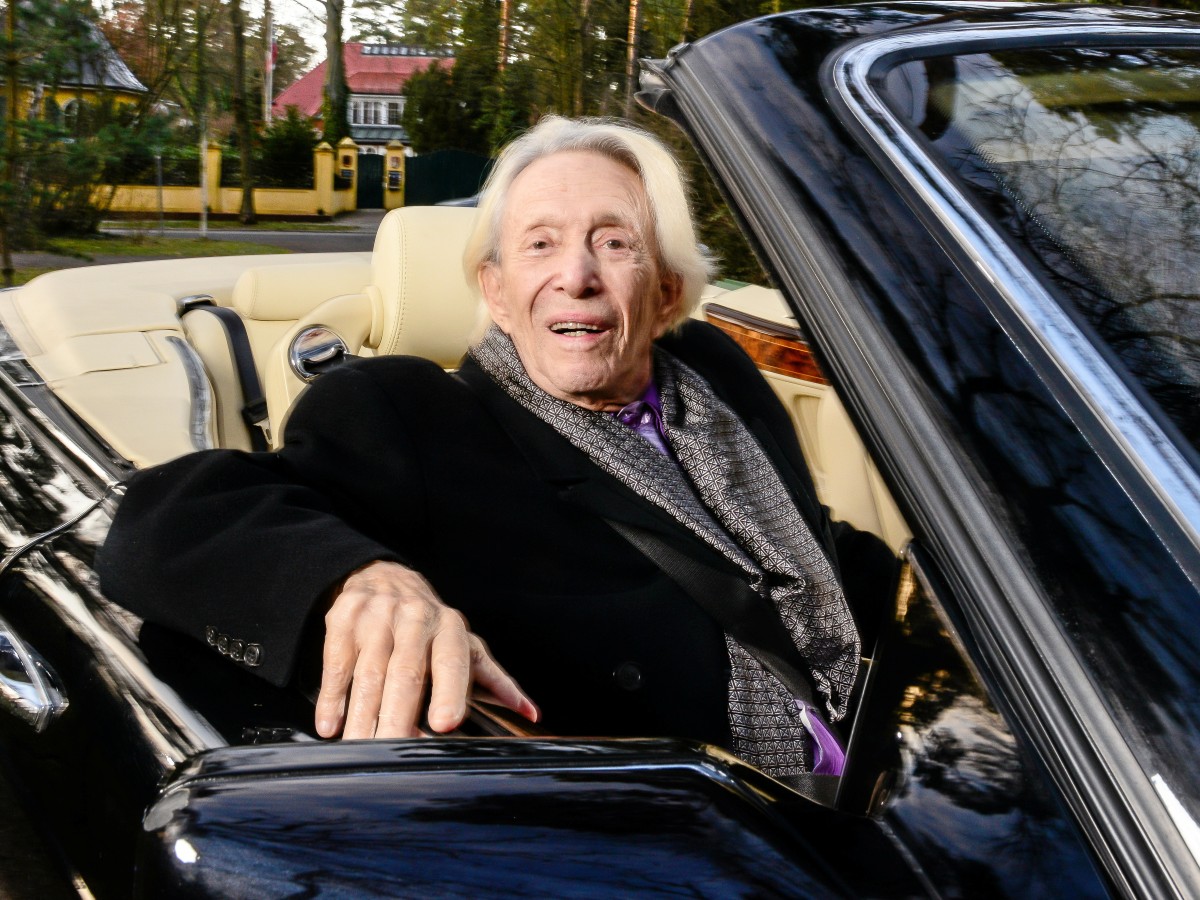 Germany’s last great playboy is dead. And an era is dying with him. The era of West Berlin amusement culture that was only possible thanks to Rolf Eden.

Because he was proud to be a bon vivant, “Playboy Number One”. He was proud of being able to say sentences like: “When I get up in the morning, the first question is: Which woman am I going to have dinner with tonight? And the second: Which car do I take?”

Playboy Rolf Eden came in 2012 with his partner Brigitte and his ex-girlfriend Uschi Buchfellner to the presentation of the 62nd German Film Prize “Lola” Photo: Jens Kalaene dpa/picture alliance


He wasn’t embarrassed. On the contrary. In principle, nothing was embarrassing for him, that was the great thing about him. Many have tried to make fun of him, to devalue him as embarrassing or chubby. That didn’t interest him at all. And it didn’t work either, because Rolf Eden not only loved himself in this role, he wrote it himself, “that’s my calling, all the fun I have in life”.

Born in Berlin-Tempelhof in 1930, fled to Palestine with his Jewish family from the Nazis in 1933, later his parents ran a hotel in Haifa, 14-year-old Eden left school and wanted to become a musician. In 1948 he first fought as an elite soldier in the Israeli army and then went to Paris in the 1950s. There he tried it as a musician, as a waiter, chauffeur, car dealer.

At the age of 26 he read in the newspaper that every Berliner living abroad would get 6,000 marks for a return and traveled to Berlin.

We know the rest of the story: bartenders, club owners, legendary “Big Eden”, one of the (successful) most wealthy real estate moguls in Berlin. He owns around 30 apartment buildings with several hundred apartments, he said ten years ago: “Best retirement provision”.

Along the way, parts of his heart stayed in Israel, his second home, his family. Reconciliation. That was important to Rolf Eden, the Playboy.

When you visited him at home, in his Bauhaus villa in Dahlem, it went like this: You were invited in and he asked, no matter what time it was: “A glass of champagne?” If you declined, he said: “Me make me a smoothie, one for you?” He stuffed watermelon, apples, oranges, lettuce, whole carrots into the blender, “it separates that. I do it every day.” Then he sat down at the piano, played Udo Jürgens and got up in the middle, the piano kept playing, drank his smoothie. “Fantastico,” he said. “And healthy”.

Rolf Eden lived a very healthy life, hardly drank alcohol, didn’t smoke, slept late in the morning, mostly until noon. Now, at the age of 92, he fell asleep in his home forever.

Nobody was allowed to visit him in the last few years. He didn’t want to be seen like that, only by his children (7 out of 7 wives), and they protected him.

When I last met him, at a private lunch on an Advent Sunday five years ago, with his friend Wolf Brauner († 99), he had already lost a lot. It was difficult for him to walk, he spoke slowly, but his thoughts were still lightning fast. And amusing.

I asked him what he did today, before dinner at his oldest friend’s. Answer: “I was in the whorehouse.” He wore a white suit as usual, mischievous in his eyes. But also tiredness. He seemed weak, but with a strong will: I am and will remain the only true playboy.

At that time he still had one of his children drive him to the Paris Bar at least twice a week in the evening, usually with a pretty companion, for champagne and entrecôte.

That hasn’t been the case in recent years. I occasionally met his son Alexander, who was now driving Rolf’s dark blue Rolls Royce, and he kept saying, ‘He’s doing well. But he doesn’t want to go out anymore.”
It goes according to the circumstances. Age-appropriate. Rolf Eden never talked about age.

Nor did he talk about his Holocaust surviving and non-surviving family. “It’s just not talked about. End. I’ve seen enough. I just want to talk about nice things. And only experience beautiful things.” Boom. He took his freedom. And it was by no means superficial. Never pushy. Never overpowering, never smooth. Never boastful.

Maybe also because you knew your wounds. And because everyone could understand that even if they never fully heal, just don’t keep opening them, to be reminded of them.

Rolf Eden was born as Rolf Sigmund Sostheim. He called himself Eden. Now Eden is in paradise. Maybe it’s a garden. Maybe a “Big Eden”.

He will miss Berlin.

statement from the family

“It is with deep sadness that we announce that Rolf Eden died at the age of 92 on August 11th, 2022 surrounded by his family.

With Rolf Eden, Berlin also loses an icon of its time and he loved and changed this city like
no one else.

In gratitude for a long and fulfilling life, we must and wish to say goodbye
asking for respect and consideration for the family during this time of mourning,” the family said in a statement Friday afternoon.