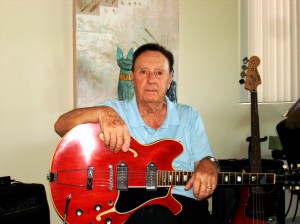 Wrecking Crew guitarist Bill Pitman has died at age 102. He recorded with the likes of Frank Sinatra, the Beach Boys and the Byrds, and his work appeared in countless films and TV shows over the years.

According to The New York Times, Pitman's wife, Janet, said he died after spending four weeks at a rehabilitation center in Palm Springs, where he was being treated for a fractured spine due to a fall. He was at home under hospice care at the time of his death.

Born on Feb. 12, 1920, in Belleville, N.J., Pitman became interested in music from a young age. His father was a bass player on staff at NBC. While still in high school, Pitman would visit jazz clubs in New York City, where he was exposed to artists like Charlie Parker. He eventually relocated to California, where he studied at the Los Angeles Conservatory of Music, and wound up joining Peggy Lee's band. He then took a job playing for the radio program The Rusty Draper Show for three years. One day, he sat in for guitarist Tony Rizzi, who was recording for Capitol Records. Pitman was soon one of the most sought-after guitarists in the industry.

In 1957, Pitman was asked by Bertha Spector, Phil Spector's mother, if he would teach her son how to play jazz guitar. Later on, Phil Spector would employ Pitman on several of his Wall of Sound recordings. In 1963, when "Be My Baby" became a hit, Spector named the jam session on the record's flip side "Tedesco and Pitman" after two of his favorite guitar players: Pitman and Tommy Tedesco, who would also become a major figure in the Wrecking Crew. Even though he was personally more inclined toward jazz, Pitman ended up recording with nearly every big name that recorded pop songs in 1960s Los Angeles, including the Beach Boys' ("Good Vibrations"), Nancy Sinatra ("These Boots Are Made for Walkin'") and the Byrds' ("Mr. Tambourine Man").

Pitman could also be heard on the soundtracks of hundreds of films, including M*A*S*H (1970), Fast Times at Ridgemont High (1982), Dirty Dancing (1987) and Goodfellas (1990). He also recorded for the TV shows The Wild Wild West, I Love Lucy, Bonanza, The Glen Campbell Goodtime Hour and The Sonny and Cher Comedy Hour. He also earned a few composition credits for his work in early episodes of Star Trek.

The guitarist was featured in the 2008 movie The Wrecking Crew, which was directed by Tedesco's son Denny Tedesco. "Growing up, as a little kid, I always knew who Bill Pitman was," Denny Tedesco wrote in a Facebook post following Pitman's death. "He was my dad's friend who played guitar and golf with him. It wasn't until I got older did I understand the impact that he made."

Pitman stopped working as a session musician in 1973 but continued to perform on the road with Burt Bacharach, Anthony Newley, Vikki Carr and others. He also later worked on the musical staff at Las Vegas' MGM Grand Hotel. Although he officially retired in 1989, Pitman continued to play music around the house. In 2019, his wife told The New York Times that he "plays the guitar at home just about every day." 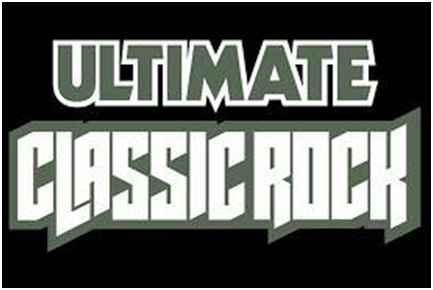 NewsTimes. Bill Pitman Has Died At 102 Years Old: How Did The American Guitarist Fare?
https://www.newstimes.com.ng/bill-pitman-has-died-at-102-years-old-how-did-the-american-guitarist-fa...