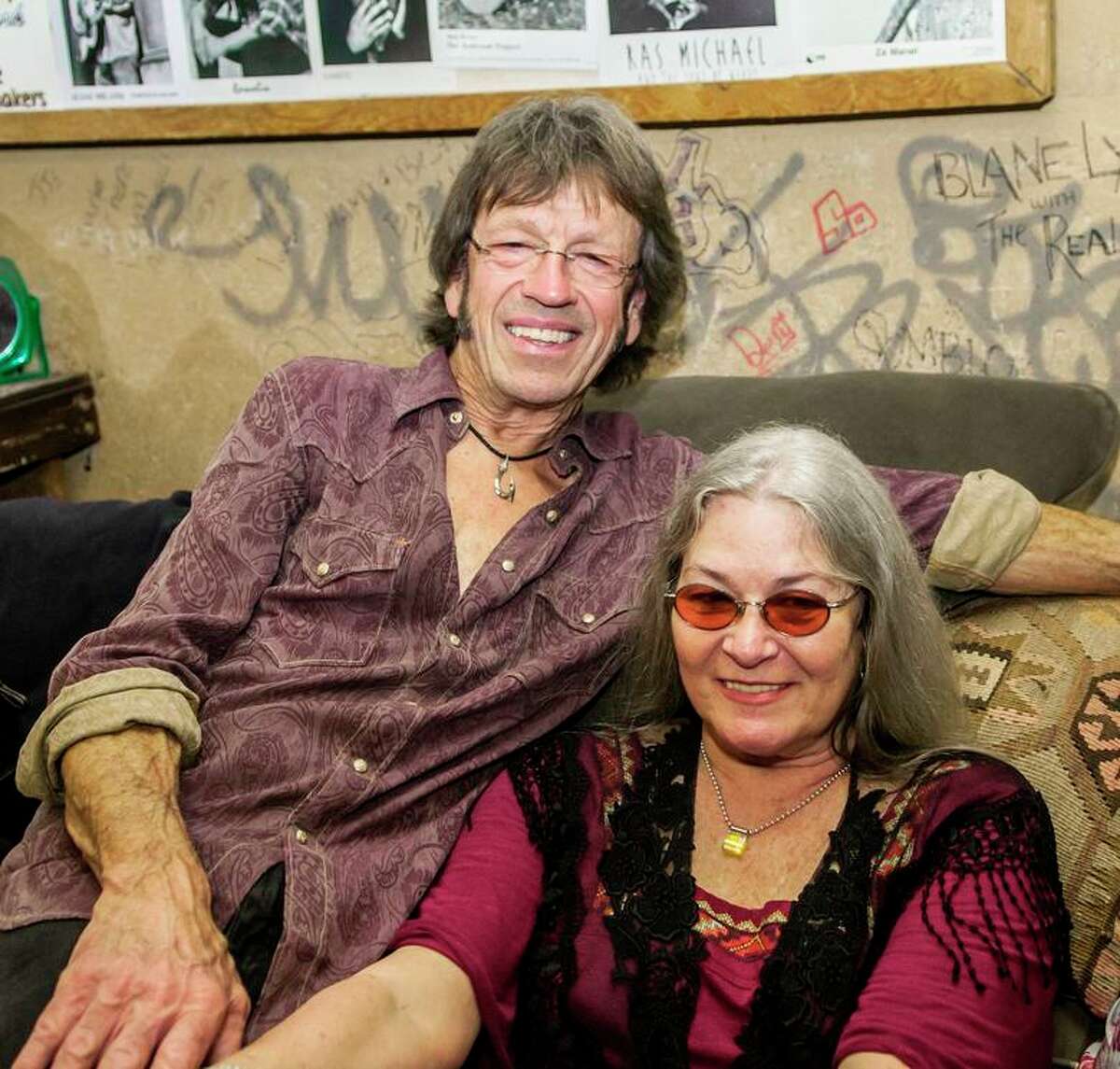 
The annual summer Yard Jam in bassist Pat Campbell’s backyard on Friendly Lane in Novato was a date circled on the calendar of every bluegrass performer in the Bay Area.

Guitar players and banjo pickers, fiddlers and mandolinists, even bongo drummers would form a half-dozen spontaneous circles with a different song building in each. The one player every circle wanted was Campbell, who had a cool stage presence and a light touch on his upright bass, holding the hootenanny together as it went from daylight deep into the night.

The Yard Jam went on hiatus due to COVID-19, but its return was set for July 31.

Then the dependable bassist who never missed a gig finally missed one. Campbell died July 28 at a Novato movie theater where he was watching “Elvis” after going out for a cheeseburger and a chocolate milkshake, said his daughter, Remy Hennessee. He had suffered from kidney failure and gone into cardiac arrest, she said. He was 74.

A self-taught musician, Campbell played both acoustic and electric bass, backing Mike Bloomfield, Mark Naftalin, Ramblin’ Jack Elliott and Big Joe Turner, among others. His legacy project was the Good Old Boys, formed in the early 1970s when bluegrass music enjoyed a revival. David Nelson of the New Riders of the Purple Sage was on guitar and the eccentric virtuoso Frank Wakefield was on mandolin. For one legendary two-night stand on Feb. 20-21, 1975, at Margarita’s Cantina in Santa Cruz, Jerry Garcia was on banjo and vocals.

The shows were taped for a live double album titled “Drink Up & Go Home” and the Good Old Boys were seemingly on their way.

But Garcia’s own bluegrass act, Old & in the Way, with David Grisman and Vassar Clements put out its own live album in 1975, and it became a major crossover hit. The Good Old Boys session was shelved for 40 years before Campbell was finally able to produce “Drink Up & Go Home,” with Garcia singing the title track. It was released in 2018 on CD and vinyl. 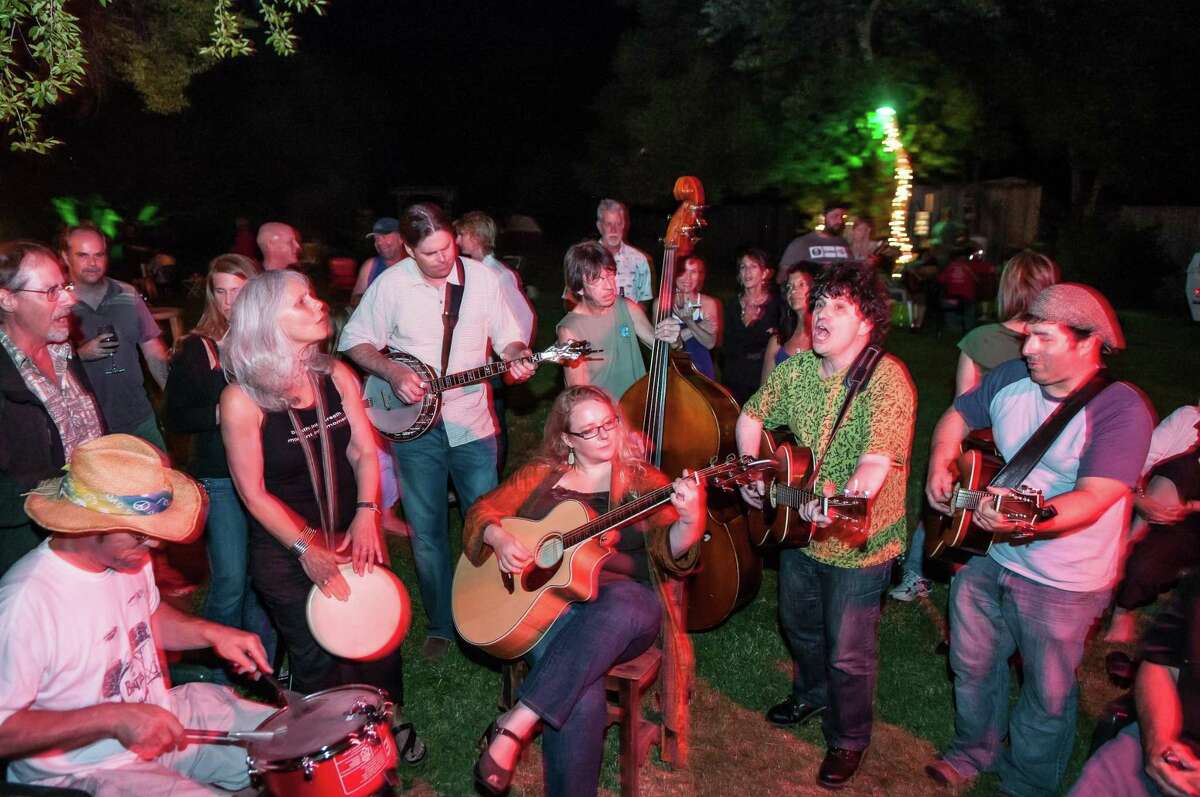 “That album didn’t get the publicity of ‘Old & in the Way,’ but it is every bit the landmark, as a nexus of classic Appalachian bluegrass and the California vibe,” said Chuck Poling, San Francisco Regional Director for the California Bluegrass Association and a popular stage host at Hardly Strictly Bluegrass. He also plays mandolin in the duo Jeanie and Chuck, with his wife, who always called Campbell first when they needed a bassist.

“Pat was really sensitive to the music and would listen intently to what the other players were doing around him,” said Poling. “He always did his best to serve the song.”

Though always in demand as a sideman, music was a side gig for Campbell.

“Dad always told me that real musicians have day jobs,” said Hennessee, an emergency room nurse. His was an un-glamorous one. For 20 years he sold insurance, commuting to an office on Geary Boulevard in San Francisco with one of a succession of black Labrador retrievers - first Val then Maddie.

The labs were put to work as field dogs. Campbell was a dedicated duck hunter and once he took aim with his shotgun he rarely missed. He kept a framed jacket patch proclaiming him “1964 World Champion Junior 5-man Team from the World Skeet Shooting Championships.”

That prize dated to his youth in Stockton where he was born Patrick Charles Campbell on June 10, 1948. While at Stagg High School he got a summer job working in a fruit cannery, which exposed him to the type of people who listened to the blues. He followed his co-workers to blues joints at night, beginning his custom of holding a day job while working nights in music.

In high school he joined a band, agreeing to play bass because everyone else wanted to play guitar. He also grew his hair into a Beatles cut with bangs and sideburns — a style that seemed to work for him.

“He pretty much ended with that look, too,” said his younger sister, Maureen Campbell.

As a middling student, Campbell expected to be drafted into the Army and sent to Vietnam as a foot soldier, his sister said. So he joined the Navy before the draft could get him. He spent four years on a ship in the South China Sea before his release in 1971.

On the GI Bill he attended Sonoma State University where earned a bachelor’s degree in psychology while also getting into the San Francisco music scene. His sister moved to Pacifica so he moved there, too, renting a small house two blocks from the beach.

He got a job as a sales representative for movie videos and his sister set him up on a blind date with her friend, Patti Hennessee, a classically-trained pianist who played in rock bands. Their first date was to the beach in the fog. They were married in 1987.

The Campbells, Pat and Patti, formed a rhythm duo on piano and bass and played in bands of all genres.

“We’d go to these concerts and pull country music out of the air,” said Hennessee. “We’d make up the lyrics on the spot if we didn’t remember them.” Though Campbell normally sang harmony in a high, lonesome tenor, he took lead on “The Tiki Bar is Open,” a John Hiatt song he liked to cover with the Water Brothers Band.

Campbell and Hennessee divorced in 2000. A few years later he was playing in a trio fronted by Jimbo Trout at the Bay View Boat Club on the San Francisco waterfront. During a break he struck up a conversation with Meg Sandine, a member of the club. They ended up walking out together and were married in 2013 at San Francisco City Hall.

Campbell eventually sold his insurance business and retired from straight jobs. But he never retired from the shows, either in his backyard or at places like the HopMonk Tavern in Novato.

“Pat was fantastic at putting these large events together,” Sandine said. “He’d bring in all of these musicians he knew, and he knew everybody. They’d play hours and hours and Pat got to play all night because he was usually the only bass player.”

The Yard Jams on Friendly Lane required every musician to bring a camping chair and a dish to share. It was a big, flat backyard and there could be a few hundred people starting in the afternoon and lasting deep into the night. “It was the party you could not miss,” said Poling, who would arrive with his mandolin case and his chicken mole in a covered serving dish.

Campbell also put on an annual St. Patrick’s Day concert as a benefit for cancer research. Some of his musician friends were stricken by the dreaded disease, and that unlucky group came to include Campbell himself, who was diagnosed with cancer of the esophagus in December of 2018. He was weakened by surgery, chemo and radiation, but he’d still answer the call for a sideman.

“He kept playing little gigs, nothing that would take too much energy,” said Sandine. “He didn’t want to give up what he was, which was a fabulous bass player who everyone wanted to play with.”