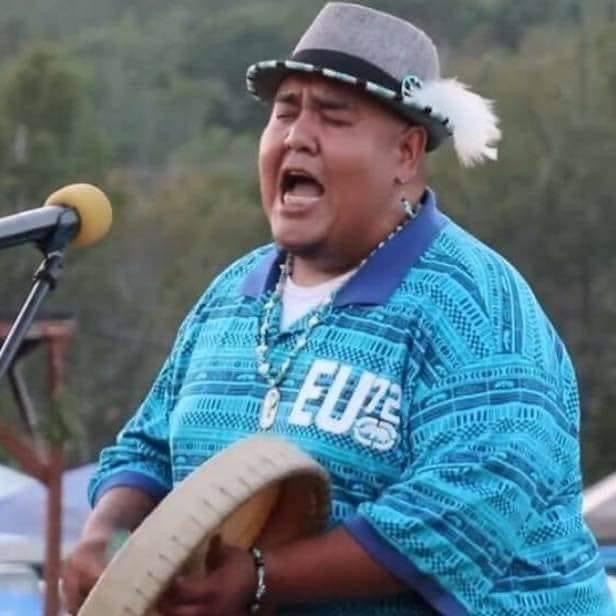 A 3-time world champion renowned singer and song composer dies and leaves behind an incredible legacy through his music and humor across powwow country. Supplied / Dallas Pelly

A gifted world champion singer from the Cote First Nation, near Kamsack, Sask., who is known across North America for his voice and his unique talent of composing music has died – shattering hearts across powwow country.

On June 19, 34-year-old Nathan “Rikishi” Pelly died in hospital as a result of kidney and liver failure and a lung infection. He was surrounded by family and close friends in the intensive care unit at Saskatoon RUH where he fought for more than two weeks to stay.

“It’s been very hard. We feel like … he was gone too soon,” said Pelly’s younger brother, Dallas. “What we believe is that he was a gift gifted to us from the Creator. His gift was his medicine which was his songs.”

Despite being in a hospital bed, Pelly made every attempt to make his family laugh during his final weeks. Not only was he known for his music, many remember his contagious humor.

“He was trying to make the nurses laugh,” said Pelly. “He made us laugh. That’s just the person he was.”

Pelly’s ability to make powwow and round dance hits will live on for years to come. He won three championships performing at the Gathering of Nations – North America’s largest powwow located in Albuquerque, New Mexico.

“When he was in school, he said, ‘I’m going to be a world-class powwow singer, just watch,'” said Pelly. “He made his way … he was a really renowned singer and he was also an accomplished musician.”

He was first inspired to sing by his mentor, Max Bear. His talents only grew from there and it didn’t take long for many to recognize him as an authentic singer and composer.

The life lived with his powwow family will be cherish by many, as Pelly leaves behind an everlasting legacy through his music.

“He was gifted (with) a voice to heal people. He was a young ceremony man that helped with the elders,” said Jackson Tahuka, powwow brother.

Pelly will be taken home to his final resting place at Cote First Nation with a wake and funeral June 21-22.

First Nations University of Canada Powwow is back after two years

A pow wow (also powwow or pow-wow) is a sacred social gathering held by many North American indigenous communities. A modern pow wow is a specific type of event for Native American people to meet and dance, sing, socialize, and honor their cultures. Pow wows may be private or public. There is generally a dancing competition, with many types of traditional dances, often with significant prize money awarded. Pow wows vary in length from a one-day event, to major pow wows called for a special occasion which can be up to one week long.