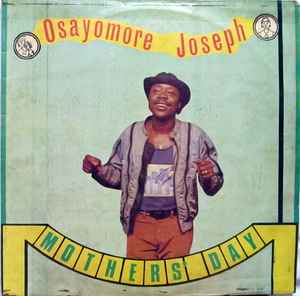 Popular highlife musician Ambassador Osayomore Joseph is dead. He died in Benin-city after a brief illness. He was aged 70.

Joseph was an electric highlife musician whose music ruled the air waves in the late 1980s, 90s and the 2000s. Some of his favourites hits include; “Efewedo, ” “Ororo No Dey Fade” and “Soja Go Soja Come.”

One of the early pioneers of African popular highlife music, he sang in Pidgin English and his native Edo language. His music not only reached a wide audience, but he also had a very large fan base.

Joseph’s music themed with social and political views and was known for his educational, anti-corruption and government critical lyrics. He never showed any interest in religion and was always proud of his heritage.

His outright denunciation of corruption, bad governance and injustice in songs like “Son of a Thief,” “Army of Freedom,” and especially “Baba Na Wa” won him the Edo people’s long term loyalty and love and inspired an ongoing tradition of Edo state activist musicians.

In May, it was reported that the highlife musician had died but that later turned out not to be true. That wasn’t the first time his rumoured death went the round.

In 2021, it was also rumoured that Joseph had died, but his family and friends later debunked the rumour, saying it was fake news.

The vibrant highlife legend will be sorely missed.