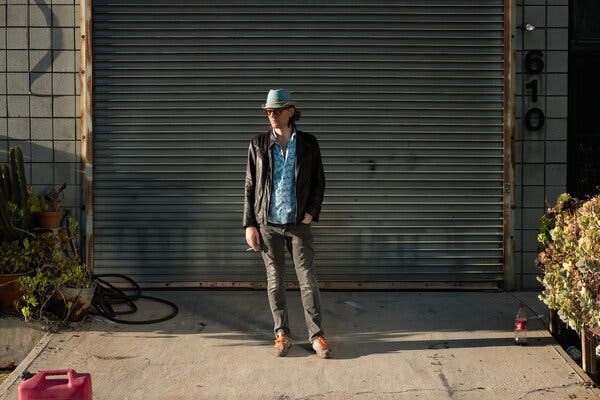 
An itinerant musician, he leaked secret files to F.B.I. investigators looking at the bank’s ties to money laundering, the Trump Organization and Russia.

Val Broeksmit, a wayward whistle-blower who wielded his dead stepfather’s passwords to reveal Deutsche Bank’s role in money laundering and other dealings with Russia and the Trump Organization, died mysteriously last month in Los Angeles. He was 46.

Custodial employees reporting for work shortly before 7 a.m. on Monday, April 25, found his body in the courtyard of Woodrow Wilson Senior High School in northeast Los Angeles. The police said they found no sign of trauma or foul play. The medical examiner said the cause remained undetermined.

Mr. Broeksmit was said to have been evicted with his girlfriend from a Los Angeles loft in late March and since then was believed to have been itinerant.

A refugee from Ukraine, abandoned by his parents when he was 5 to foster care in Chicago and later adopted by his banker stepfather into a life of privilege, Mr. Broeksmit evolved into a routine abuser of cocaine and opioids, a credit card fraudster and a rock musician without a job.

More than anything, he always wanted to be the center of attention, to prove that he mattered. “That’s part of the reason he became a rocker — ‘It’s less lonely with an audience,’ he once told me,” David Enrich, The New York Times’s business investigations editor and the author of “Dark Towers: Deutsche Bank, Donald Trump, and an Epic Trail of Destruction” (2020), in which Mr. Broeksmit figured prominently, wrote in 2019.

But while he became a capable musician and songwriter, his bands, the Good Time Charlies and Bikini Robot Army, never had hits.

And that was a large part of the reason, Mr. Enrich wrote, that Mr. Broeksmit became an informer — a self-described “comically terrible spy,” according to his Twitter profile.

The opportunity presented itself in January 2014 when his stepfather, William Broeksmit, a senior Deutsche Bank executive, hanged himself in his London flat.

The next day, after finding passwords to his stepfather’s email accounts, Val Broeksmit gained access to confidential files incriminating the bank in suspect financial transactions.

“When his father died and Mr. Broeksmit came into possession of his documents,” Mr. Enrich wrote, “he finally had an opportunity to make the world pay attention.”

According to suicide notes, the elder Mr. Broeksmit, who colleagues said was an unofficial conscience at the bank, was distraught because he had failed to uncover the alleged fraud.

For nearly five years, the younger Mr. Broeksmit teased the F.B.I., congressional investigators and journalists into a hunt for the incriminating needles in a haystack of documents claiming to implicate Deutsche Bank in a run of malfeasance: laundering Russian rubles through stock transactions, manipulating interest rates at which banks lend to each other, and supposedly funneling money from Russian banks to lend to the Trump Organization. 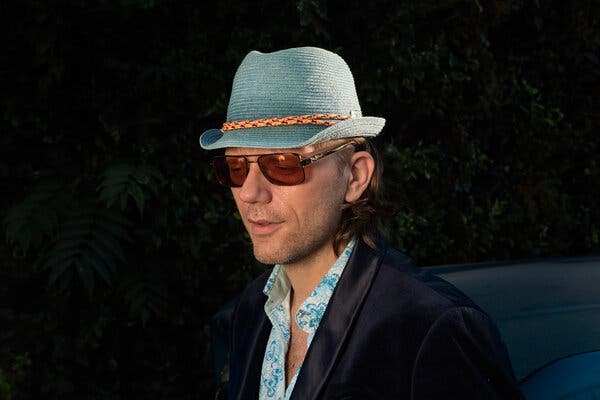 Mr. Broeksmit in 2018. In his Twitter profile, he described himself as a “comically terrible spy.” Credit...Oriana Koren for The New York Times


Valentin Gregory Cherednichenko was born on Jan. 14, 1976, in Ukraine to a Soviet Jewish couple, Alla and Alexander Cherednichenko.

His mother, after graduating from the Moscow College of Agriculture in 1977, obtained exit visas for the family, including her husband, their son and her younger sister and mother. The family emigrated to Chicago by way of Vienna and Rome in 1979.

By 1982, the couple had separated, father and son were living in a Salvation Army shelter and a juvenile court had consigned 6-year-old Val to foster care after failing to find Alla. (“Hey momma/Don’t you love your only son?” he later wrote in an angry ballad, “Aren’t you ever gonna come by and see?/What’s happening with me.”) 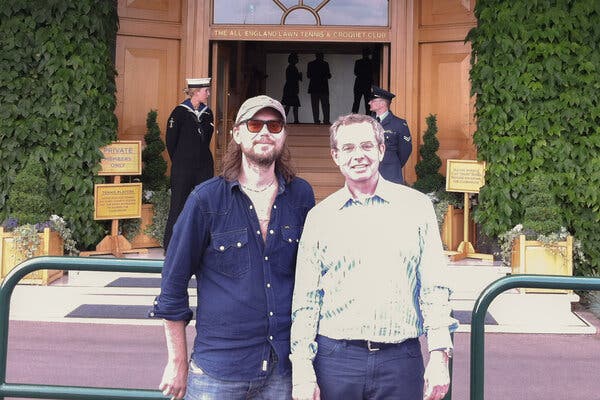 Mr. Broeksmit with his stepfather, William Broeksmit, at the Wimbledon tennis tournament in 2013.Credit...Val Broeksmit


After a while, his parents began visiting occasionally. In 1985, when Val was 9, Alla, who had remarried and moved to New Jersey, was granted custody and her new husband, William Broeksmit, adopted Val. (Alla Broeksmit declined to comment on her son’s death.)

Val was expelled from the Dublin School in New Hampshire for various infractions when he was 13, but he managed to get through Rocky Mountain Academy, a school for troubled teenagers in northern Idaho, and graduated from Albright College in Reading, Pa., in 1999.

He moved to New York, where he took courses in film and television production.

In addition to his mother, his survivors include two stepsisters, Alessa and Katarina, from his mother’s second marriage.

For five years, Mr. Broeksmit dangled the documents he had found through his stepfather’s emails. An article that Mr. Enrich wrote about flaws in Deutsche Bank’s financial reporting for The Wall Street Journal in 2014, before he joined The Times, prompted a drop of three percentage points in the bank’s share price, depressing its market value by more than $1 billion.

The investigations into the bank are continuing. It has already agreed to pay millions in fines for violating accounting controls and concealing corrupt payments.

While whistle-blowers are often dismissed as “selfish, damaged, reckless and crazy,” Mr. Enrich later wrote in The Times, “all of them, regardless of motivation, used secret documents to change the course of history.”

He added that Mr. Broeksmit wanted to “expose what he sees as corporate wrongdoing, give some meaning to his father’s death — and maybe get famous along the way.”

His fame was embellished when, as a certified informer, he gained access through hackers to embarrassing documents belonging to Sony Pictures Entertainment. The documents had been stolen by the Guardians of Peace, a group demanding that the studio withdraw its film “The Interview,” a 2014 comedy about a plot to assassinate the North Korean leader Kim Jong-un.

Sony threatened retaliation, which only served to magnify Mr. Broeksmit’s image as an autonomous musician challenging a corporate giant.

He shared banking files with the Financial Times; was solicited by Glenn R. Simpson, whose research company, Fusion GPS, was the source of the so-called Steele Dossier of salacious allegations against President Trump; and finally connected with the F.B.I., which, in return for his cooperation, helped him obtain a visa for his French girlfriend.

In Hollywood to peddle a movie about his life, he befriended the musician Moby, who introduced him to Representative Adam Schiff, the California Democrat who is chairman of the House Intelligence Committee. Mr. Schiff invited — and eventually had to subpoena — Mr. Broeksmit to turn over his documents.

Just how much the confidential bank documents Mr. Broeksmit acquired helped investigators is debatable. There’s no doubt, though, that between his Sony disclosures, which earned him an interview on the Fox Business channel, and being courted by F.B.I. investigators, he had, however briefly, achieved a goal: He had attracted an audience.