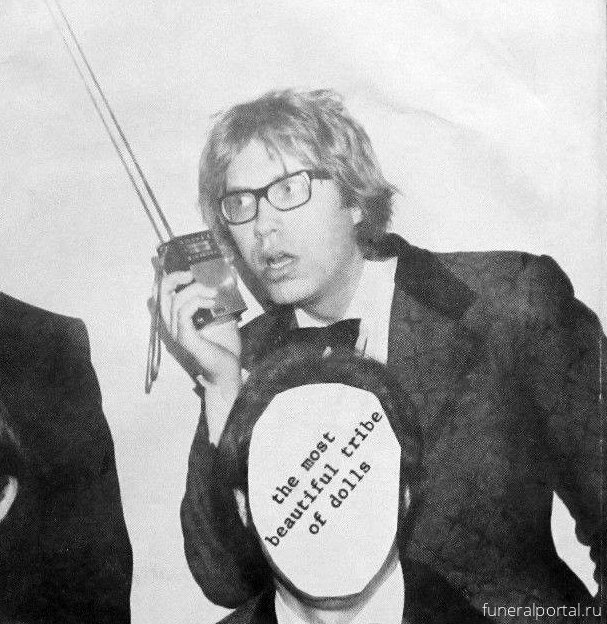 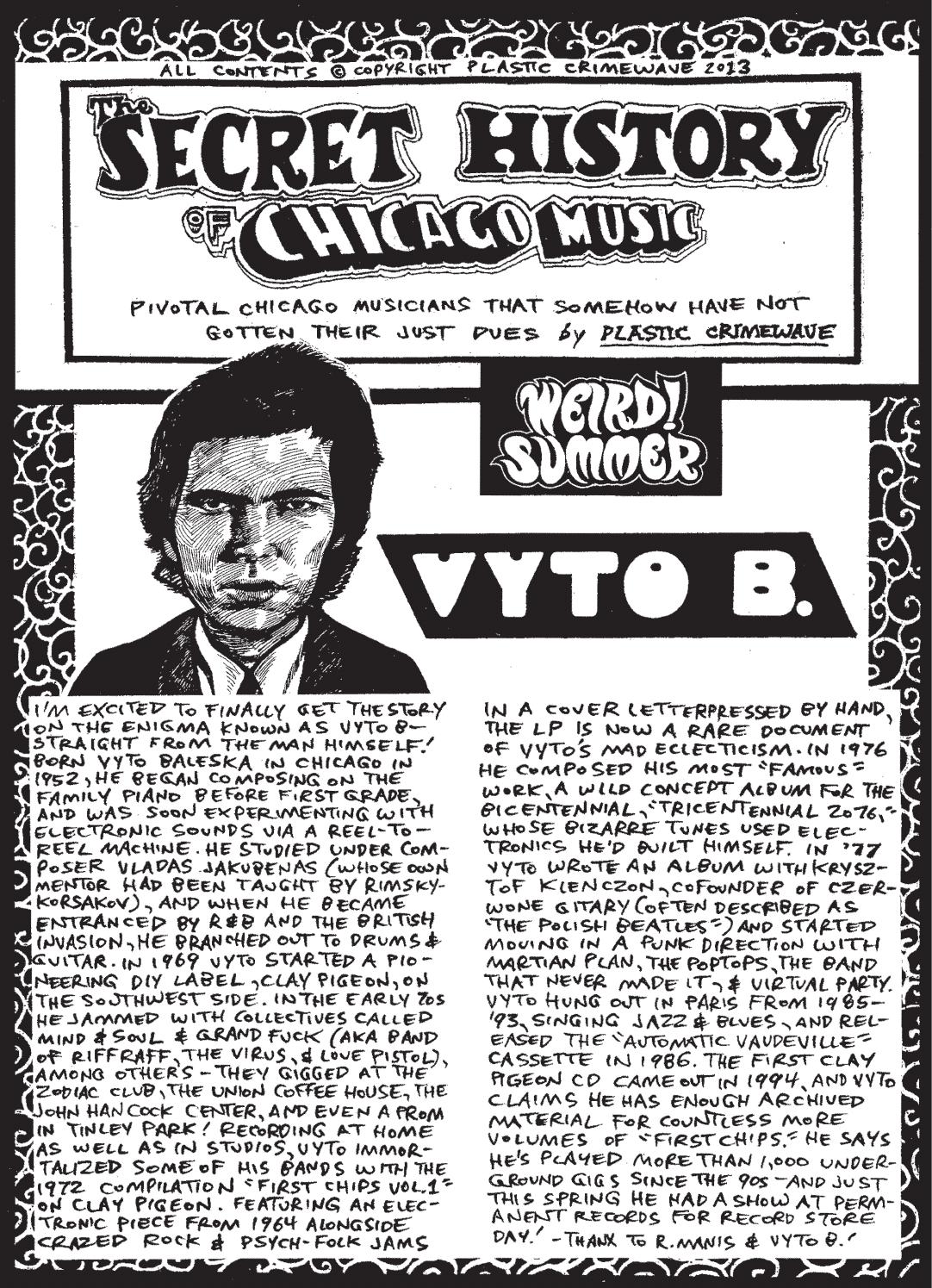 The Secret History of Chicago Music: Vyto B by Chicago Reader

Vyto Beleska, the Chicago-based Lithuanian-American cult artist who released records as Vyto B, died on Monday after a long illness. The news came via Philip Montoro of The Chicago Reader, that ran a profile of Vyto back in 2019:

Born in Chicago in 1952, Vyto began recording in December 1964, when as a 12-year-old he made a spine-tingling instrumental electronic song called “Time (Part One),” which appears on First Chips. In the five decades since, Vyto has been involved in a lot of different musical projects, and it’s difficult to know the full breadth of his catalog. (His most recent new material came out in the 2010s.) Record collectors have only been able to document a few recordings, a fraction of the material Vyto claims to have released. “He told me crazy stuff that I was never able to substantiate,” says Secret History of Chicago Music creator Steve Krakow. “Like, he moved to France for a long time, he released dozens of cassettes over there, and he was popular over there.” Krakow profiled Vyto in a 2013 installment of his long-running Reader strip, which is one of the few published pieces I’ve dug up (along with a 2014 interview for It’s Psychedelic Baby! Magazine) where Vyto shares his story.