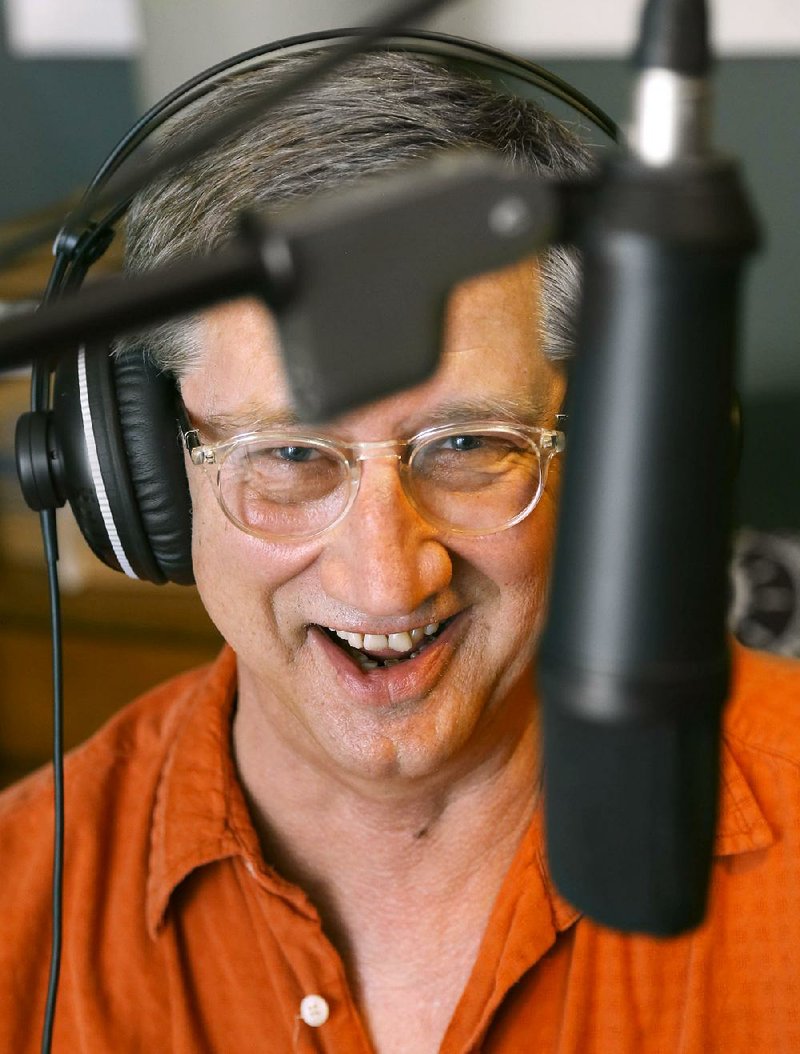 Jim Mize (May 21, 1957-April 27, 2022) of Conway, Arkansas — an eternally undersung songwriter and a longtime insurance claims adjustor whose work commutes often traced the wake of natural disaster — died today of heart complications, his family reports. He was 64.

“He had the kindest heart but was a force to be reckoned with at the same time,” Jim’s stepdaughter, Leslie Rankin Waller told us today. “Loving partner to my mother, Dana Rankin, for 38 years before her passing. Adoring father to the late Zach Mize and stepped into that role for me at the age of 10. He loved spoiling his grandchildren, Jaxon Mize and Gage & Gracie Waller. He could make the coldest heart smile with his humor. He was such a great man!!”

Here is Jim Mize, king of the sensitive dive-bar grunge-country rock anthem, a touring songwriter since Vietnam and the satisfied resident of a Faulkner County swamp. Here is Jim Mize, an insurance claims adjustor who has spent the bulk of his time driving to disaster sites all over the South for over three decades, writing melodies in his head while he surveys the aftermaths of hurricanes. Jim Mize, approaching 60 years old and only getting better at wrenching real, auditory human pain out of minor moments and private emotional nuances: “I was like the wasp,” he sings on “Empty Rooms,” “beating against the screen.” Here is Jim Mize, purveyor of ragged and startlingly honest songs like “Let’s Go Running” and “Emily Smiles” and “Promises We Keep,” songs that belong near the top of the Arkansas canon. Mize, who when I asked him about the latter song explained, “This is my vision of it: It’s dark, you got your honey over here sleeping, only the hall lights are on. And you got this radio playing some song where you can’t quite make it out, but you hear it. And you’re sitting there just looking at her. And she wants it all.”

Mize says he’s always writing, always tinkering. “With all that windshield time [on the job], it’s kind of like taking a phone out and plugging one in,” he says. “I don’t write too much down. I figure if you can remember it, it’s more worth keeping. In other words, it’s got to be simple enough to where I can remember it and sing it. I’m not talking about some damn stupid words, like five syllables. Simple songs are the best.”

“Release It to the Sky,” the new album, frames Mize’s lyrics in epic arrangements. There are genre workouts, like the two-stepping “Acadian Lullaby” that opens the album, and the lumbering blues of “Delta Land,” but most of the album is made up of huge, chill-bump inducing songs of American unease. You’d be hard-pressed to find a song that better captures the feel of post-Katrina than the woozy “After the Storm,” inspired undoubtedly by Mize’s repeat trips to the battered Gulf Coast for Farm Bureau. “Disappear in America” charts the promise of release across the miles of the U.S.: “Thunder, it hides as lightning/the sun rides the horizon/Once we get out of here/disappear in America,” Mize wails. “Promises We Keep,” the album’s highlight, rivals anything Springsteen’s ever written.

In large part, Mize’s relative anonymity surely stems from a lack of touring. When asked over beers recently at the Oyster Bar why he doesn’t tour more, Mize takes a few beats to think about it. “Ehhh, maybe I’m chickenshit,” he finally says, laughing. “I don’t know. I just keep my day-time job.”

“Surely, you’ve got all kinds of vacation time, though?” bassist Jason Weinheimer interjects.

It’s hard to know if he means it.

“I’ve been through nine hurricanes and I don’t know how many tornadoes, and seen way too many car wrecks where people got killed,” Mize says in his big, bawling voice. “I saw two guys carrying a rolled up carpet with a pair of legs sticking out of it after Hurricane Andrew in Florida … and all kinds of people pushed to their limit. That’s connected to the songs I write. I always keep my antennae up. All of my tunes boil down to one thing, and that’s observations.” …

Mize still lives in Conway, although he spent time in Germany after faking his ID to enlist in the Army at age 17. And while the dirt road he grew up on is now paved, little else has changed. Despite Conway’s bucolic college town status, in true outsider fashion Mize prefers keeping to himself. On Saturday afternoons, when his wife’s gone grocery shopping, he can be found pacing the front porch of his house, cogitating over chord changes and the other makings of new songs. “That’s my favorite time to write,” he says. “Or at night in my living room over a toddy. I love the writing process and I like to write mostly when I’m by myself, which makes sense, because I’ve never really fit in, exactly, even when I was kid. I guess you could say I was a misfit.” …

The new Jim Mize captures its namesake at the apex of his art and follows 2000’s No Tell Moteland 2007’s Release It to the Sky. Together they trace his evolution as an off-trail songwriter distilling his influences into an original voice of power and depth. Those recordings and his ongoing relationship with Blue Mountain, who also cut Mize’s “Emily Smiles,” have given Mize his own eager fan base. But so far he hasn’t traveled beyond Arkansas’ bordering states as a musician, limiting his extended forays to investigating insurance claims. Which is how he likes it … for now.

“The music business is tough,” Mize observes. “My friends in bands tour, and I’ve got to admit that crowding into a van, sleeping on people’s floors and eating bad food is not for me. I like livin’ comfortable.”

But Mize plans to become a guitar-toting road dog in just a few years. “When I retire I’ll have a good pension so I can stay in decent hotels and eat good food. By then, I’ll have a bunch more songs, too. I’ll be ready to roll the dice and live my dream!”

A clip from 2018, when Mize chipped in on an effort to “raise money to help move the 100-year-old Rock Island Railroad depot in Perry, Arkansas and keep it from being demolished” with a song he’d written for KUAR-FM 89.1’s “Arts & Letters.”

More from Will Stephenson’s candid, haunting feature on Mize from 2014:

Mize doesn’t like being called the “best songwriter in Arkansas,” but it keeps happening. To be honest, the whole thing embarrasses him. “It’s almost insulting,” he says, taken aback. “Who the hell knows who’s the best songwriter in any state?” But as with any cult figure, his fans tend to feel a nagging sense of responsibility toward him, like it’s their fault he isn’t better known. They become evangelical.

Also, and this may have even more to do with it, he writes some of the best songs in Arkansas. Either because of his long-standing affiliation with Fat Possum Records, his early interactions with Junior Kimbrough, T-Model Ford and CeDell Davis or his penchant for unhinged slide guitar, his music has often been labeled blues, but it really isn’t that. In conversation, he talks reverently about Creedence Clearwater Revival, early Bruce Springsteen and Neil Young’s albums with Crazy Horse, and this is his lineage — electric, regionally inflected redneck rock with glimpses of a kind of vulnerability that is frightening and adult.

There is a recklessness to his music that comes through most obviously in his guitar playing, which seems punishing and personal. “As long as I’ve been playing, I should be Chet frickin’ Atkins,” he says, tapping the side of his empty glass and gesturing to our waitress. “But I’m not. What I do play is my signature style, and I don’t care. It’s not fancy, but it’s effective.”

As a listener, you feel as though he gives away a lot of himself on his records, from “No Tell Motel” (2001) through “Release It to the Sky” (2007) and the new release, simply and a little ominously titled “Jim Mize.” He has one of those ragged, potentially polarizing voices, a voice that never attempts to throw off its Southern accent and that colors outside the lines of good taste and musical notation. He hovers very generally around the themes of lust, emotional responsibility, regret and death.

That the essential seriousness of his music isn’t always conducive to public, collective appreciation became immediately clear in May, when he played an outdoor stage at Riverfest. His set was sparsely attended, and all around us, young children ate funnel cakes and surfed slabs of cardboard down the hills along the Arkansas River. He closed with “Let’s Go Running,” one of his best-known songs. “Your mother’s dead, still wears flowers around her head,” he sang, as the mostly middle-aged crowd fanned itself and swatted mosquitoes in the heat. “Expecting your inheritance, all she left you were her debts.” Afterward he walked off stage without a word and the sound system abruptly switched to Earth, Wind & Fire, a tonal contrast that was almost disorienting. 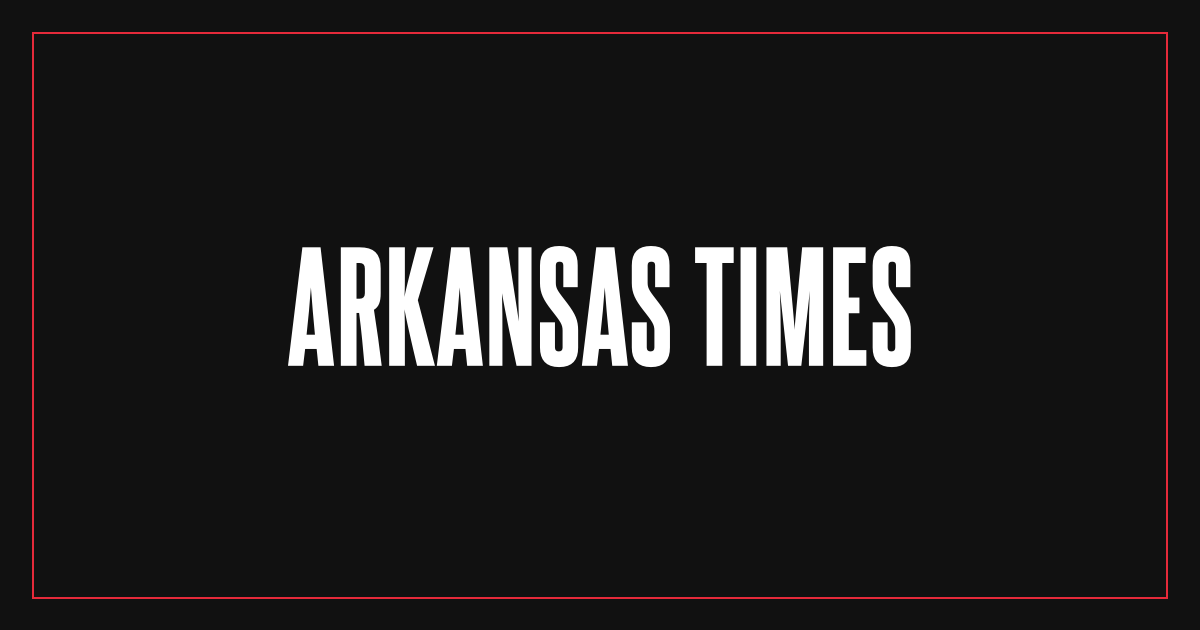