Owen Meats, a musician who believed in Tampa’s music scene, died at 41 Owen Meats made music in Tampa for more than two decades. He played in the band Holy Terror and his own band, Swampuss. “He was a wildly talented musician,” said friend and musician Jesse Martin. [ Photo by Lindy Melendez ]

Meats was a trained chef and music producer.

More than 20 years ago, back when Yeoman’s Road Pub was on Davis Islands, a weekly open mic night brought local musicians together.

He walked out of the kitchen, took off his apron, washed his hands, jumped on stage, played a beautiful song, “and then just went back to flipping burgers like it was no big deal,” said friend and musician Pete Nuffer.

Meats was someone you noticed — burly, tattooed, possibly scowling. He looked like a Welsh Viking, Nuffer said.

“Both of my kids thought he was a pirate.”

One of his former bandmates captured him perfectly, said sister-in-law Joy Winheim, when he described Meats as the “world’s scariest-looking teddy bear.”

“He was a curmudgeon and looked scary,” said friend and musician Troy Cedeño, “but he was a teddy bear through and through.”

Meats was someone you noticed, but he wasn’t the guy always at center stage. He wrote and played. He recorded and produced. He perfected the sound at live shows. And he pushed his fellow musicians to create and preserve their work. 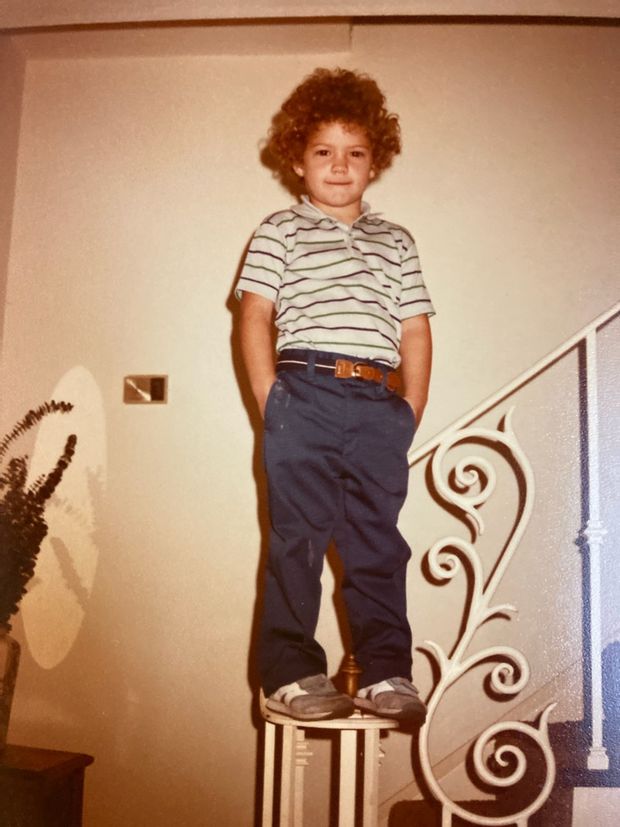 Owen Meats grew up in Tampa and Pittsburgh, Kansas. "Owen definitely made an impression without even having to say a word," said his sister, Lael Winheim. [ Courtesy Lael Winheim ]

Purely for the love

In his childhood home, a white, curling wrought iron railing was Meats’ way of moving between floors.

“I don’t think his feet ever touched the stairs,” said sister Lael Winheim.

He was, even then, super noticeable, she said. He was the kid who climbed the trees and jumped from the second-floor landing onto the couch. Meats started playing music in middle school and kept it up in high school after his family moved to Kansas. When he moved back to Florida, he reunited with friend Jesse Martin and started a band.

Meats earned his degree in culinary arts from the Art Institute of Tampa and worked at restaurants including Bern’s Steakhouse. But he never stopped making music, or helping other people make it.

With Cedeño, he co-founded Short Circuit Studio, which Creative Loafing named Best Under the Radar Recording Studio in 2012.

“Because both men have full-time ‘day jobs’ and produce music purely for the love of it, they cherry-pick the bands they ultimately work with, make time and budgetary concessions to suit the needs of each, and plunge every cent they earn from the projects back into the studio,” the award read.

When they started working together, Cedeño thought he knew what he was doing. It took him awhile to figure out he didn’t, and that Meats was patient enough to let him figure it out. 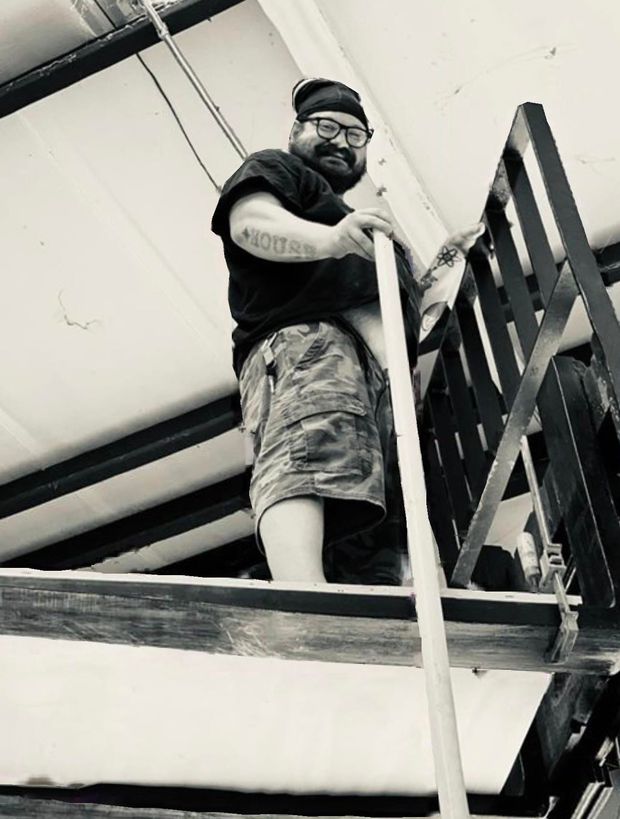 Owen Meats produced and made music in Tampa. [ Photo by David Kibby ]

He ordered pepper seeds from around the world and planted them in his yard when he decided to start making his own hot sauce. It was a massive endeavor, Nuffer said.

Meats played in several bands, including Holy Terror and his own, Swampuss. He played metal, but produced folk, jazz and anything else he thought was good. He never saw Tampa’s music scene as a place to compete, Martin said. He wanted his fellow musicians to perform, record and get heard. And he built that for awhile, Martin said, with Sunday shows at New World Brewery.

“He just was always wanting to do more for the music scene,” Martin said.

In a conversation once with Cedeño, Meats said that when he died, he wanted his coffin put on wheels and rolled into his funeral to Call Me the Breeze by Lynyrd Skynyrd. At his celebration of life last week at Shuffle in Tampa, there was no coffin on wheels.

There were local bands, a lot of beer and hours of live music. That night, a cold front moved into Tampa. By the time his friends started playing Skynyrd, the breeze was playing along.