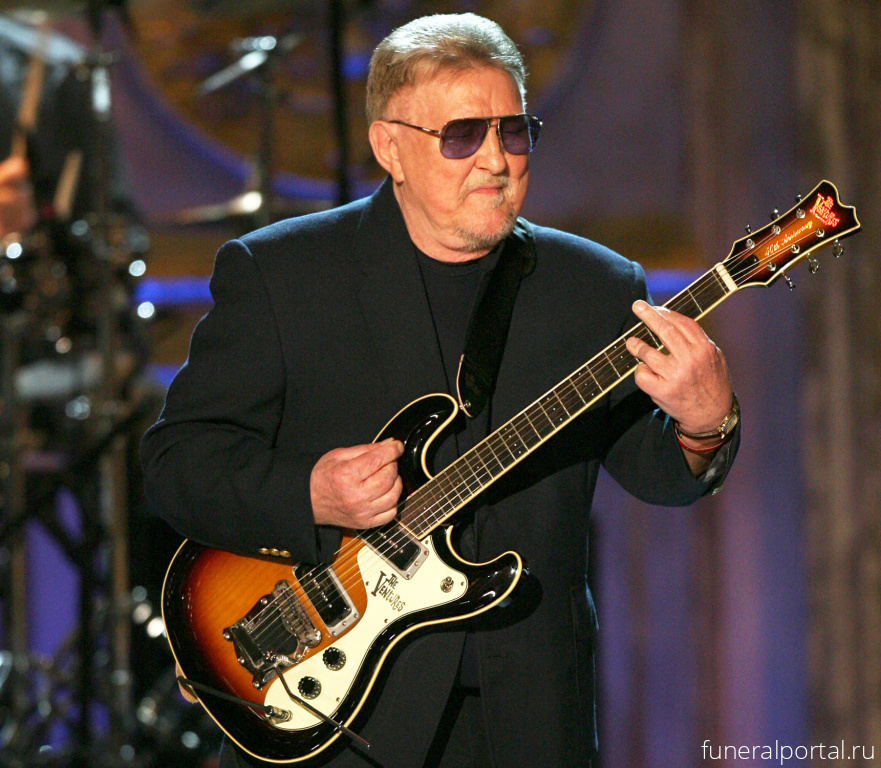 
Don Wilson, the last surviving founder and guitarist of pioneering surf-rock group The Ventures, has died at 88, his representative confirmed to USA TODAY.

"Don was an inspiration and mentor. He was a unique talent that inspired countless musicians like us," read a statement posted to the band's social media pages and confirmed by representative Sandra Abrahamian Spalding. "We lost a good friend, fellow musician, world class performer, and beloved bandmate. Don Wilson has left the stage. We will miss him always."

"Our dad was an amazing rhythm guitar player who touched people all over world with his band, The Ventures," Tim Wilson said in a statement to the outlets. "He will have his place in history forever and was much loved and appreciated. He will be missed."

Wilson and fellow guitarist Bob Bogle founded The Ventures as an instrumental group in Seattle in the late 1950s, joined soon after by bassist/guitarist Nokkie Edwards. Bogle died in 2009 at age 75. Edwards died in 2018 at age 82.

The Ventures played a prominent role in popularizing the electric guitar in the 1960s and helped create the twangy surf sound that influenced the Beach Boys, among others. The Rock and Roll Hall of Fame deemed The Ventures, ushered into the hall's ranks in 2008, "the most successful instrumental combo in rock and roll history."

The group, which performed as The Impacts and The Versatones before settling on the forward-thinking name The Ventures, is particularly well-known for its '60s hits “Walk, Don’t Run” and “Hawaii Five-O.”

The Ventures self-released two singles on their Blue Horizon label, including their version of “Walk, Don’t Run,” which debuted in 1960. When the song became popular on local radio stations, Seattle-based Dolton Records signed the group and re-issued the single. It became a No. 2 hit nationally, selling 2 million copies and cementing its place as an instrumental standard. A new version, “Walk, Don’t Run ’64" was done in a surf-guitar style and also hit the top 10.

The Ventures charted 38 albums in the 1960s and '70s, with 14 singles in the Billboard Hot 100. According to its Rock Hall bio, the prolific group wasn’t afraid to try out other musical styles and themes. Every song on 1961’s “The Colorful Ventures” had a color in its title, and 1963’s “Ventures in Space” showcased space-themed songs at the time that NASA had the public’s imagination turning to the cosmos.

The Ventures surfed into arguably their most indelible hit when they recorded the “Hawaii Five-O” theme, which took them back to the top five in 1969.

Wilson remained an active member of the band until his retirement in 2015, though he remained involved with the group's recordings and served as a producer for the 2020 documentary "The Ventures: Stars on Guitars."

Contributing: Brandy McDonnell, The Oklahoman, and The Associated Press

Don Wilson, guitarist with The Ventures, dies at 88
https://baytobaynews.com/somerset/stories/don-wilson-guitarist-with-the-ventures-dies-at-88,69314

Don Wilson, The Ventures’ co-founder and guitarist, has died
https://www.nme.com/news/music/don-wilson-the-ventures-co-founder-and-guitarist-has-died-3144236