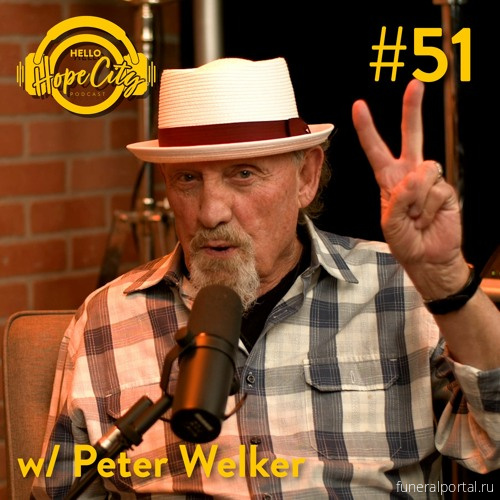 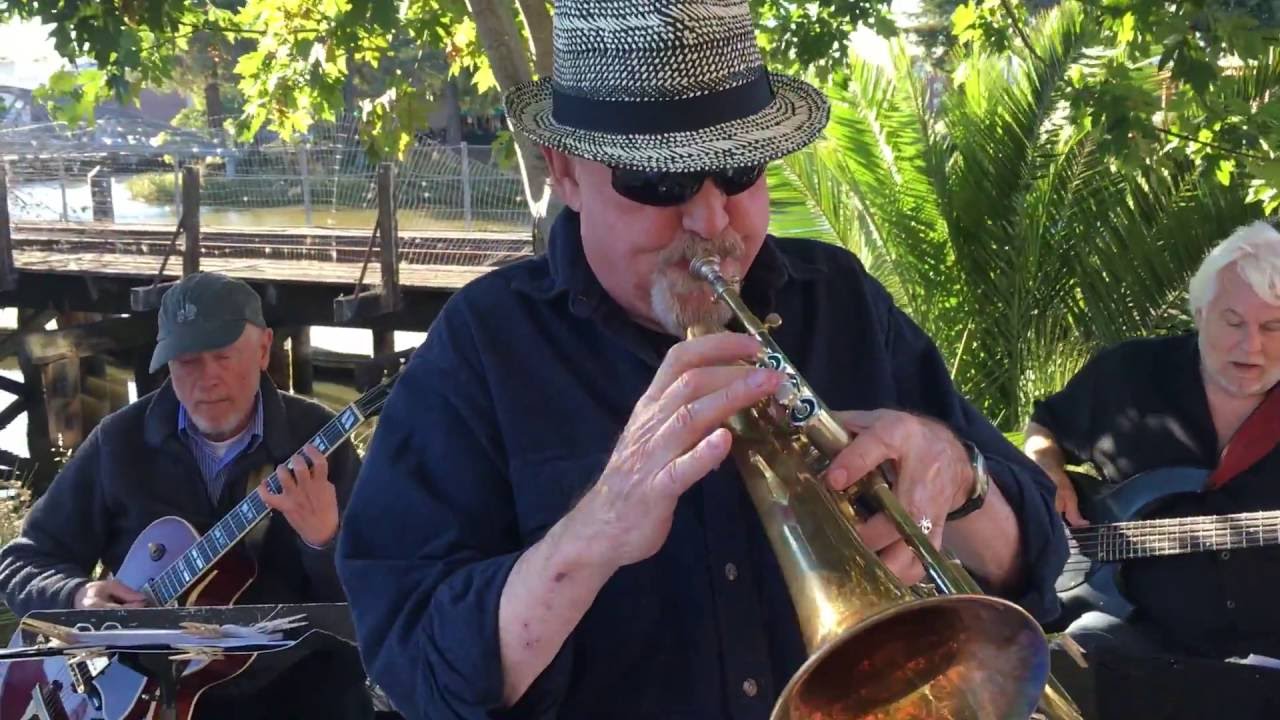 Peter Welker performs with his jazz sextet on the patio outside the former Graffiti restaurant in Petaluma in July 2016. (CRISSY PASCUAL/ ARGUS-COURIER STAFF) 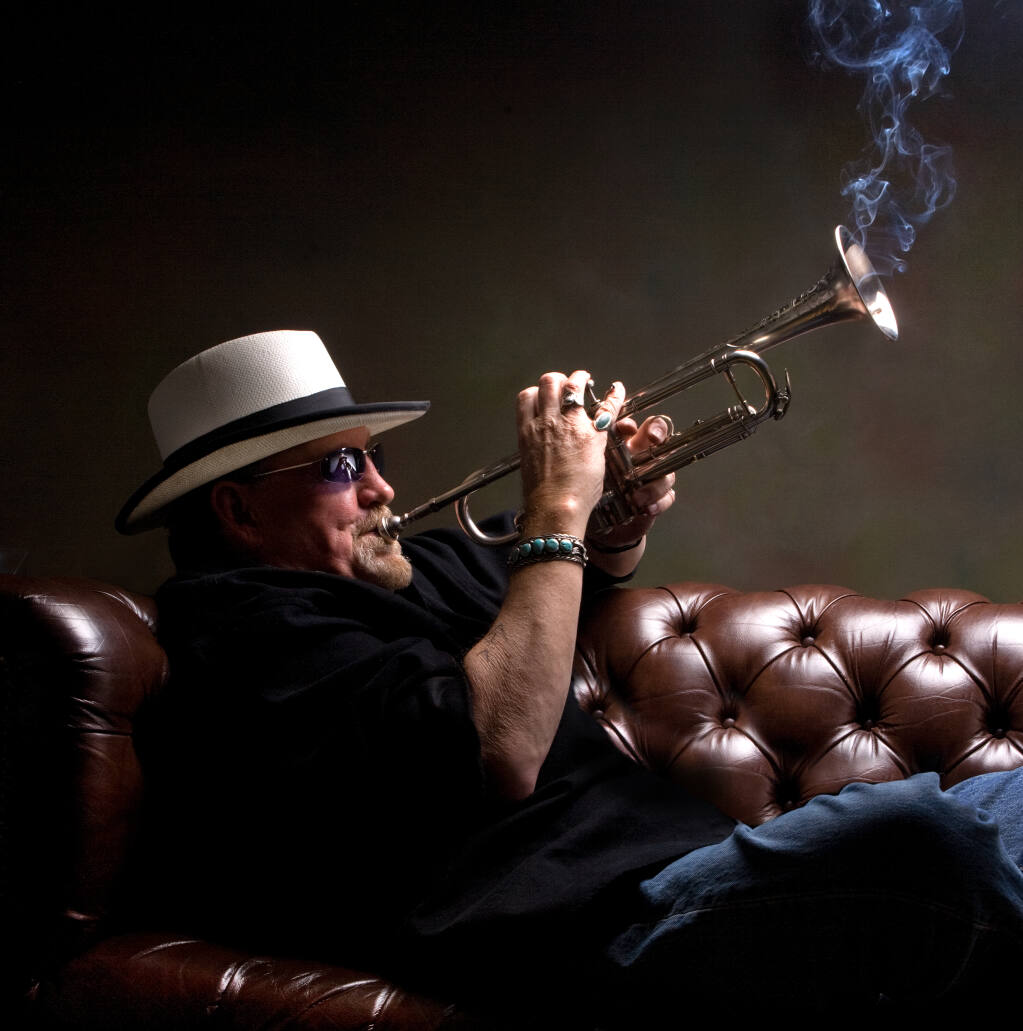 Peter Welker’s trumpet was smokin’ in this photo that appeared in the Summer 2008 issue of Petaluma Magazine. (TERRY HANKINS/ ARGUS-COURIER STAFF) 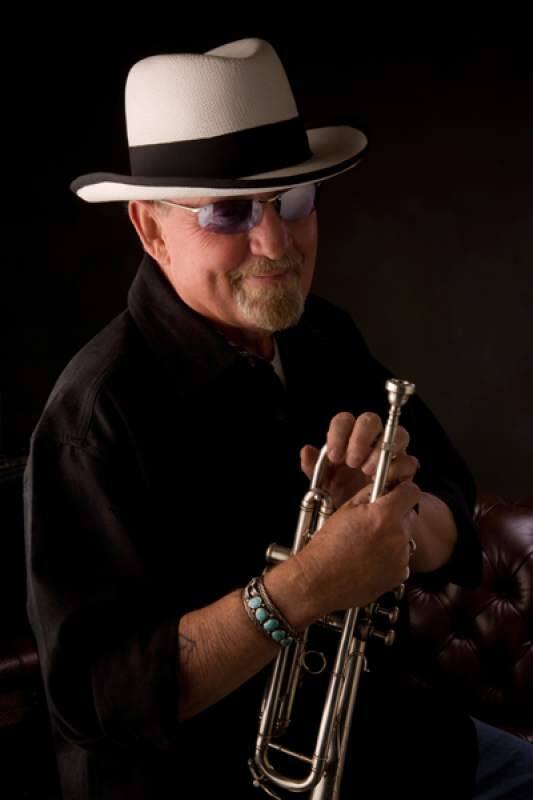 Peter Welker, a longtime Petaluma resident and one of its best-known musicians, died Wednesday, Jan. 12, 2022, in Arizona after a brief illness. He was 79.

Welker lived in Petaluma from 1972 until 2020, when he moved to the Phoenix area to seek a position as a college music professor.

A composer, arranger, band leader and trumpet player, Welker was primarily a jazz musician, but was equally adept at rock ’n’ roll, R&B and other genres. He had been a member and founder of several bands and recorded multiple CDs over the last 40 years.

“It’s the best band I’ve ever put together,” Welker said in an interview with the Argus-Courier, shortly before he moved to Arizona.

Welker’s family released a statement on Friday, saying, “The loss we feel is overwhelming and heartbreaking. Peter had a heart of gold and was one of the most loving and kindest people you would ever meet. He touched the lives of so many people with his overwhelming musical talent and brought so much joy, love, and kindness to everyone he met.”

Welker lived with chronic obstructive pulmonary disease for years, according to his family.

“He kept his lungs healthy and strong from playing the trumpet, but over the last couple months it took a tremendous toll on his health and his body,” said his step-daughter, Stefanee Bowler, adding that Welker became ill over the New Year’s holiday with COVID-19 and pneumonia. “With complications from everything combined, his body didn’t have the strength to fight it off,” she said.

As word of Welker’s death spread on social media, his friends and fellow musicians added their memories and condolences to the local legend’s family.

“Peter was a continuing force in the Bay Area music scene,” said his friend and recording engineer Jim Stern of Petaluma. “His influence had effects in varied circles and lives and he made some wonderful music here on a regular basis.” Allowing that Welker had talked about how much he missed his friends in Petaluma, Stern said, “He was happy in Arizona, had a new album out and gigs to play as well as enjoying living there. We were friends for 50 years and worked on many albums together. He will be missed.”

Other friends expressed shock and sadness on Facebook after hearing the news.

“Petaluma has lost a beautiful bright light,” wrote Petaluma Downtown Association Executive Director Marie McCusker. “He lit up our community in the best of ways.”

“Peter was a gem in this community,” wrote Diane Emery Hole, “always supporting the youthful musicians and bands. He was always warm and helpful and very generous. A bright light is extinguished.”

Local musician Sebastian Saint James described Welker as “an amazing human and an incredible musician.” Saint James recalled that early in his musical career, Welker called him and asked to meet. “I had never met him before but … we hit it off at the first of many lunches together. He had such an incredible story … what a treasure that we were lucky enough to have living in our town.”

A native of Massachusetts, Welker graduated from the Berklee College of Music in Boston before moving to San Francisco in 1962. He put together a three-horn sextet that played at concerts and festivals around the Bay Area for five years.

Between 1967 and 1980, Welker played with Cold Blood, a popular East Bay R&B group, as well as the Glenn Miller Orchestra, Van Morrison, Jerry Garcia, Malo, Jesse Colin Young, Buddy Miles and Joe Walker. In 1981, he formed WBBH, a jazz-funk-soul group that recorded one album. In the mid-1990s, he played on a CD produced by Bob Dylan, “The Music of Jimmie Rodgers: A Tribute,” and a CD produced by Garcia and David Grisman, “Not for Kids Only.”

Before moving to Arizona, Welker’s jazz sextet played for 26 years at outdoor venues along the Petaluma River on Friday nights during the summer, drawing a devoted following.

Welker was the co-founder of the Petaluma Music Festival, which has grown to become an annual event, raising money to support music instruction in local high schools. He was also one of the founders of the Carousel Fund, an all-volunteer organization that was dedicated to raising funds for Petaluma families with children who suffer from life-threatening illnesses. The organization held an annual fund-raising “Casino Night” for more than 20 years, featuring well-known musicians as the headliners. As the talent-booker of the event, Welker brought in such acts as Huey Lewis, Elvin Bishop, Eddie Money, Norton Buffalo, Charlie Musselwhite, John Hammond and Roy Rogers. He was the often the bandleader for the concerts.

Welker is survived by his wife, Carole Smith Welker, of Sun City, Arizona, daughter Jennifer Lee of Iowa City, Iowa, and several other relatives. His 5-year-old son, Jacob, died of leukemia in 1993. 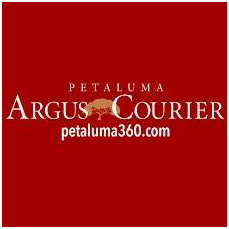