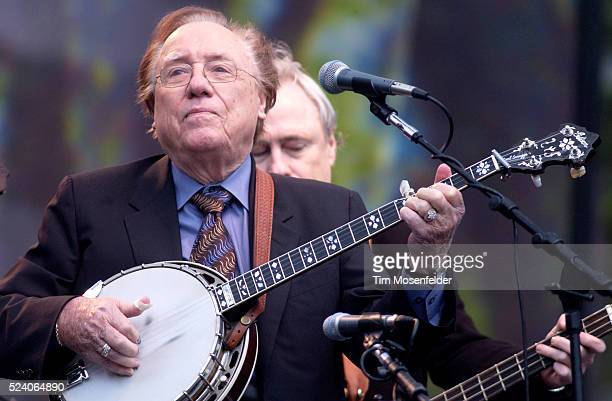 
Gary Scruggs, Grammy winner, songwriter, musician, and eldest son of the late Earl and Louise Scruggs, passed away on December 1, 2021. He was 72 years of age.

Gary Eugene Scruggs who was born on May 18, 1949, in Knoxville, Tennessee, played electric bass, harmonica, guitar, keyboards, and percussion, and worked as a producer (Waylon Jennings) and arranger.

Naturally, he was immersed in the music world from a young age, and learned to play the guitar and bass early on. He sang harmony in various sessions for the Flatt and Scruggs’ album Changin’ Times when just 17 years of age.

He was an integral part of The Earl Scruggs Revue, formed when he and his two brothers, Randy and Steve, joined their dad to start the group at the beginning of 1969. The band was extremely busy for about 15 years, being popular on college campuses, TV shows, and at festivals.

Prior to that, Gary and Randy, who were working as a duo, recorded some tracks with columnist for the Nashville Tennessean Elmer Hinton, with Gary composing the theme song Down To Earth after the name of Hinton’s long-standing homespun column.

The brothers had two country rock LPs released on the Vanguard label. Gary’s song The Lowlands is on the second of these ….

Gary Scruggs was responsible for convincing his father to go to see the Nitty Gritty Dirt Band at their first Nashville concert, which led to his inclusion on the first Will the Circle Be Unbroken album. John McEuen wrote the tune Togary Mountain for Gary after his mother told McEuen, “When they were kids, Gary always got up and stomped out of the room if Flatt & Scruggs were on TV and they played Randy Lynn Rag, and would say ‘daddy never wrote a song for me!!”’

His association with the Nitty Gritty Dirt Band continued as one of the backing singers on the song Will The Circle Be Unbroken on the Circle II album, and with the inclusion of The Lowlands on Circle III album….

Gary Scruggs retired from touring in the mid-1980s, but continued his work as a songwriter, recording with a wide variety of artists and writing (or co-writing) many of the hundreds of songs that he composed over the course of his career. Among those recorded by others were Speed of Life (Nitty Gritty Dirt Band); Can’t Have One Without The Other (Wildfire); Lazarus (Blue Highway); Heartbreak Hill and Fallin’ (both recorded by Valarie Smith); True Love Never Dies (Del McCoury); Country Road (Dolly Parton), This Is My Prayer For You (Reba McEntire); Long Stretch Of Lonesome (Patty Loveless); and the #1 hit Right Hand Man for Eddy Raven.

In 2001 he was a Grammy Award for Best Country Instrumental Performance – Foggy Mountain Breakdown from Earl Scruggs and Friends.

Gary was a prime source for the book, Earl Scruggs – Banjo Icon, written by Gordon Castelnero and David Russell. He was also responsible for the recently released, The Earl Scruggs Banjo Songbook.

Memorial contributions may be made to the Country Music Hall of Fame or the Earl Scruggs Center in Shelby, North Carolina.