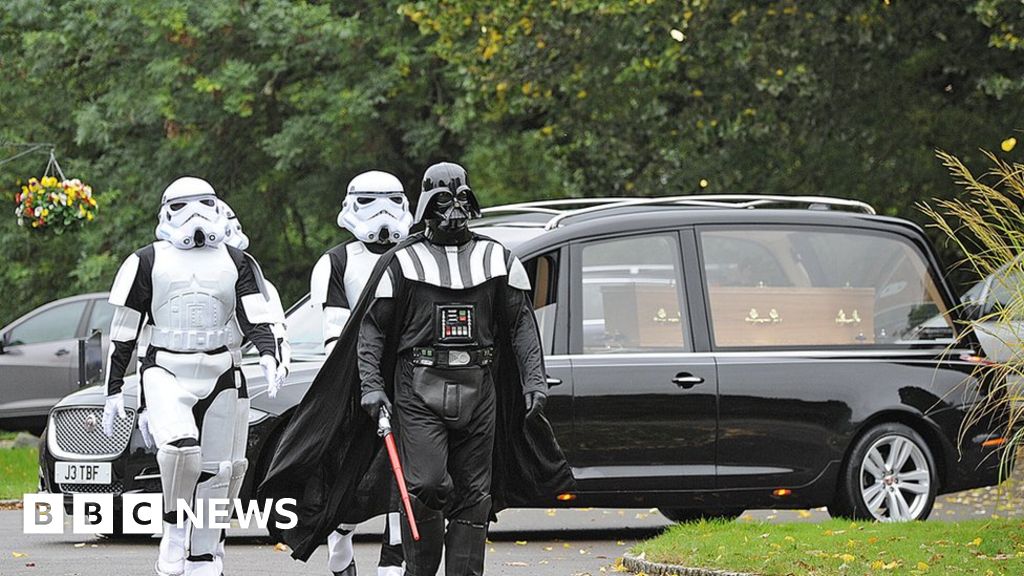 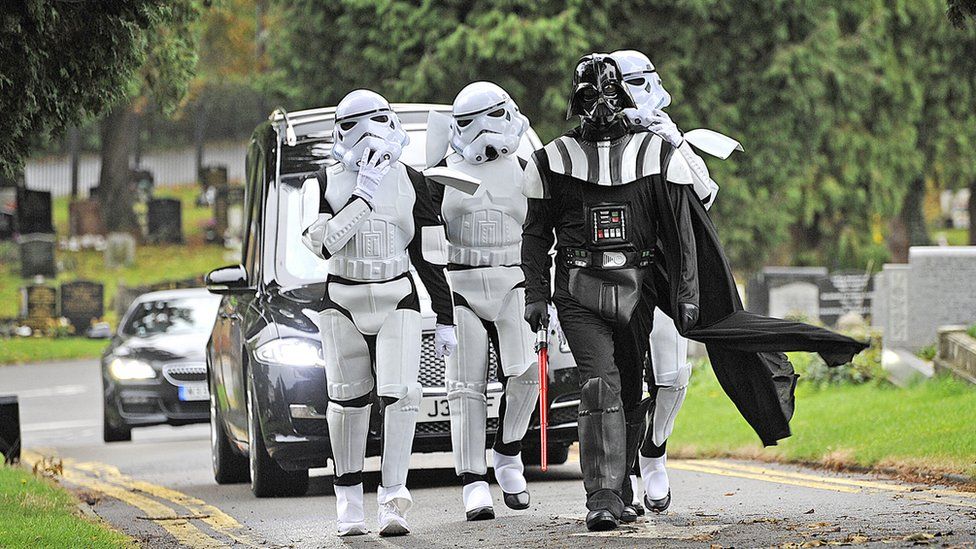 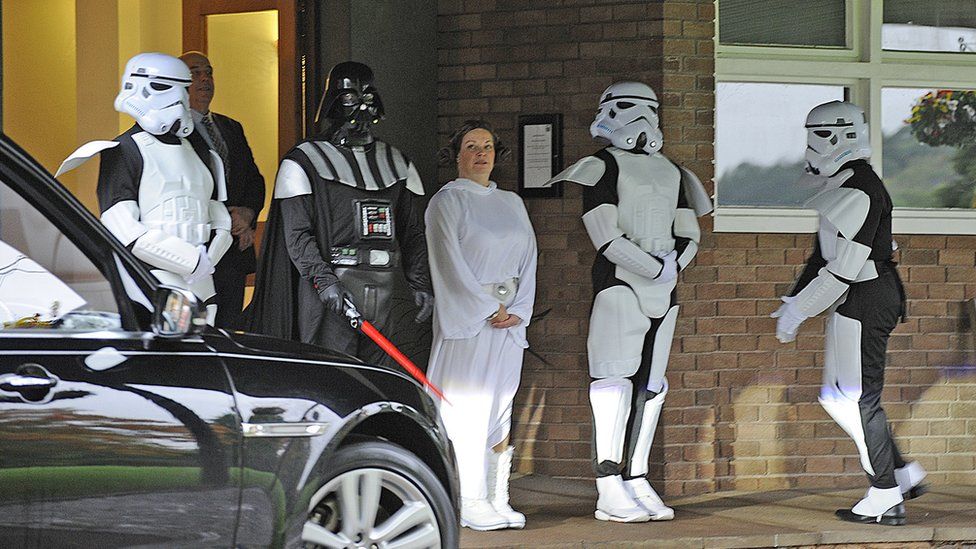 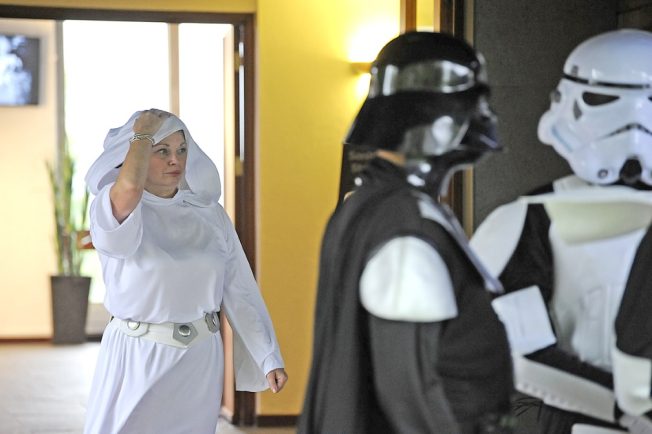 
A funeral director said he received a "few stares" while carrying out the wishes of a woman who wanted Star Wars characters at her service.

Rather than a galaxy far, far away, Darth Vader was seen in Worcestershire, flanked by stormtroopers leading a hearse carrying Brenda Morris, 78.

Mark Thomas told the Redditch Standard he had bought the costumes online and rehearsed the procession beforehand.

Ms Morris, from Astwood Bank, was known for entertaining people by singing.

She auditioned on The X Factor in 2010, where she performed P!nk's hit So What.

"She was an amazing lady," said family friend Mr Thomas, who wore the Vader costume to the crematorium in Redditch.

"She touched everybody's hearts within the community and she was at her best when she was singing for [them].

"She raised thousands of pounds for the Primrose Hospice."

Mr Thomas, of funeral directors Thomas Brothers, said: "On the way down to the crematorium, one of Brenda's wishes was to get there as fast as possible, and with Darth Vader and the stormtroopers in a hearse, driving at the top of the speed limit, we got a fair few stares on the way."

Mr Thomas added it was "amazing" how many people turned up and it was a service that would stay in his memory for some time. 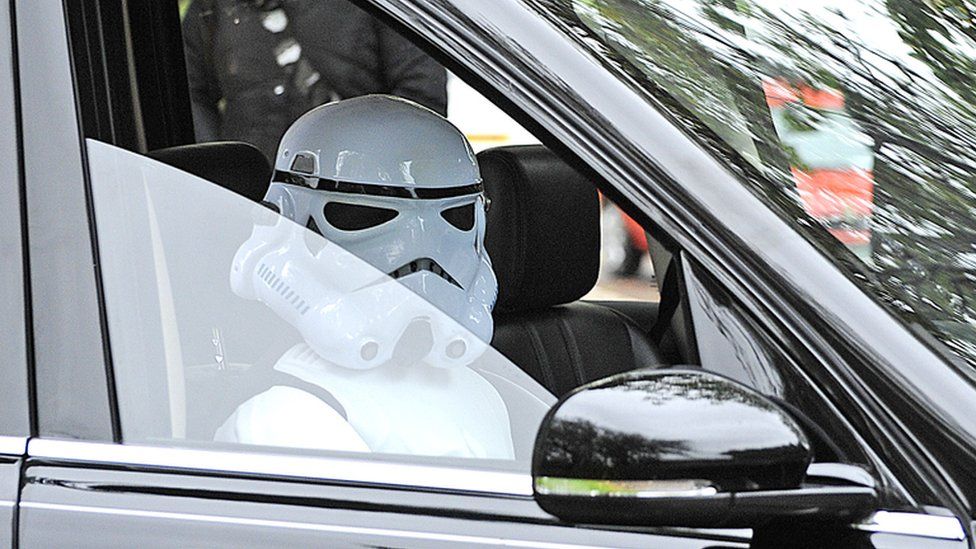 COURTESY OF REDDITCH STANDARD © BULLIVANT MEDIA - Image caption,Mark Thomas said the funeral would stay in his memory for a long time 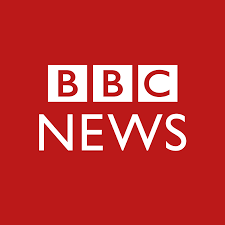