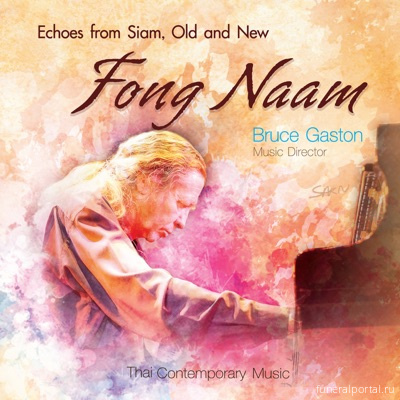 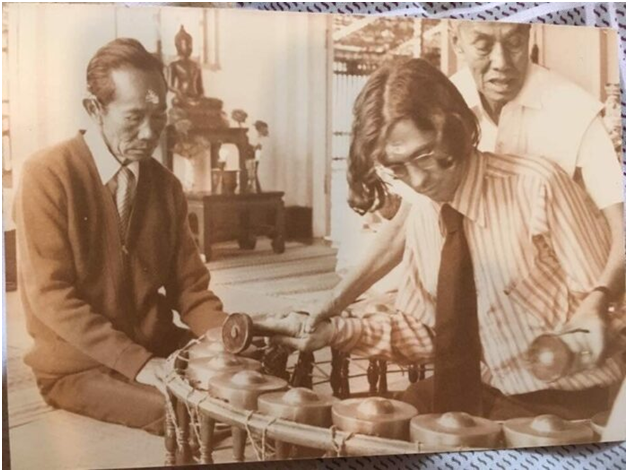 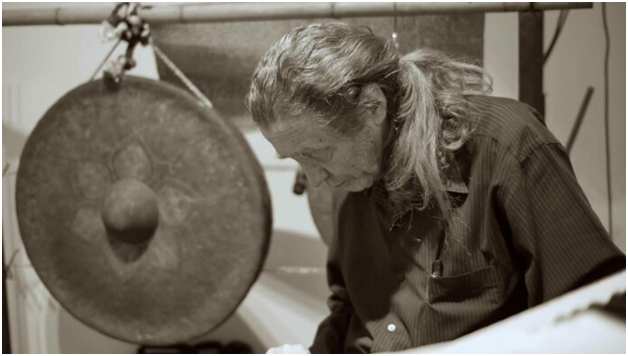 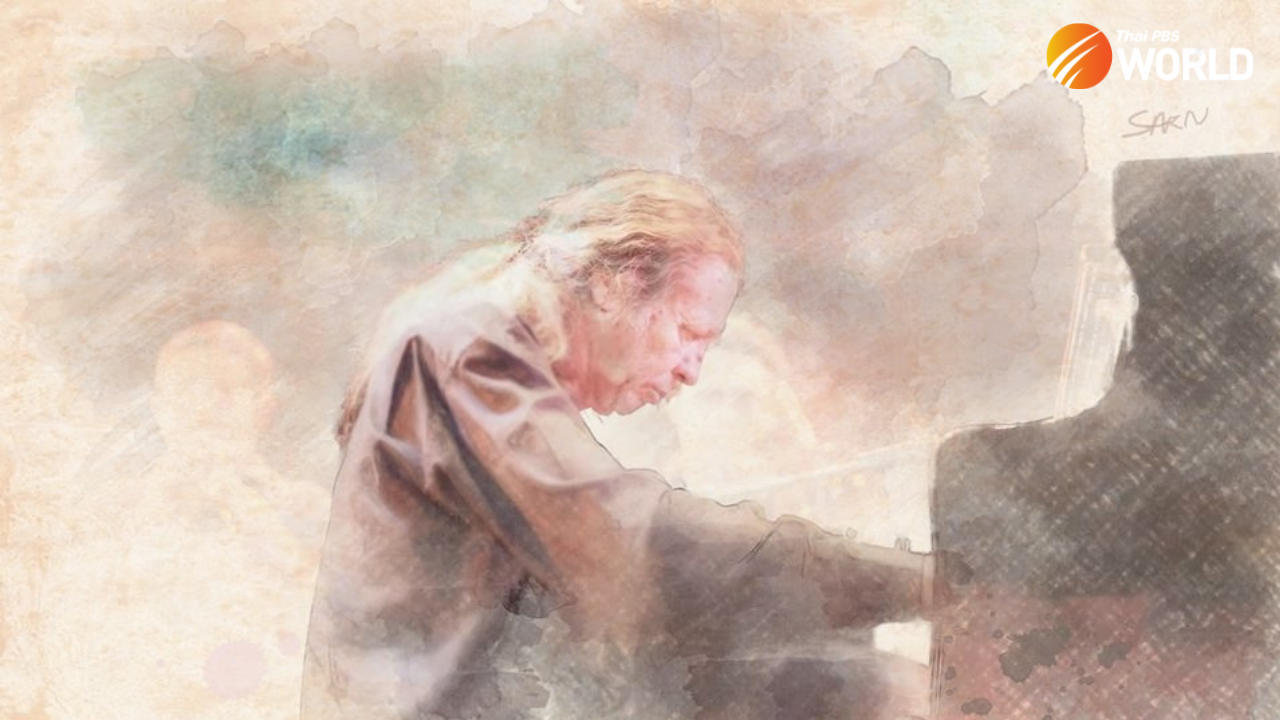 Musicians all over Thailand are today mourning the passing of Bruce Gaston, the first man to successfully blend traditional Thai sounds with contemporary Western melodies.

Many foreigners fascinated by Thai culture decide to live in Thailand, and Gaston was no exception. But he is the only foreigner to have received the Silpathorn Award, an honor established in 2004 by the Ministry of Culture to recognize Thai contemporary artists who have made notable contributions to Thai arts and culture. Gaston received the award in 2009 in the category of music.

Gaston moved to Thailand at the age of 22. He is best known as a pioneer in blending Western electronic music and the Thai classical Piphat band through Fong Nam (literally sponge), an orchestral band he co-founded with Boonyong Ketkong.

In a career spanning more than 50 years, Gaston contributed to the Thai music industry in various ways as a musician, song composer, and teacher. He combined the concepts of Western and Thai music and started working with the late Ajaan Boonyong in the early 80s. His compositions made it to the international stage.

Although he had a Thai name “Burut Ketkan”, no one ever called him that and he remained Ajaan (teacher) Bruce until his death.

Gaston was born in 1947 in California. He grew up in a music-loving family and played music from the age of 3, showing his aptitude for piano, organ, and choral lessons while he was still a child. Upon entering the University of Southern California, Gaston chose to study music theory, composition, and philosophy. He did so well that he was able to complete his master’s degree in 1969 at the age of just 20. Graduating while the Vietnam War was still raging, he chose not to fight but instead came to Thailand as a music teacher. He never left, spending all his time contributing to the Thai music industry.

The young Gaston began his career in Thailand as a music teacher in a Catholic school in Phitsanulok Province. There he taught elementary school children. After six months he moved to Payap College in Chiang Mai when the college opened a bachelor degree’s program.

It was in Chiang Mai that Gaston fell in love with traditional Thai music. The staff dormitory was located near a temple and he would hear music played by a Wong Piphat Nang Hong (a kind of classical Thai band that mostly played at funerals) every day at cremation ceremonies. He was very interested in the music, even more so when he found out that the musician was a 10-year-old child. Inspired to find out more, he started learning Thai musical instruments from his neighbors and also developed an interest in Buddhism.

The charm of Thai traditional music cast a spell over Gaston and convinced him to stay in Thailand. After his first-hand experience with the piphat orchestra, he was determined to learn more about Lanna music as well as that played by other ethnic groups in the area. He got another chance to learn the Thai instruments in a Piphat orchestra when the Fine Arts Department opened the Chiang Mai College of Dramatic Arts. He studied Thai xylophone with teacher Sirichaichan Fakjamrun and other Piphat instruments with master Sophon Suetorachat, a former student of Luang Pradit Phairoh (Sorn Silapabanleng). Around that time, he started experimenting by applying Thai music to international music, putting his studies of Buddhist Thotsachat Jataka literature (last 10 lives of Bodhisattvas) into composing the opera “Chu Chok” – a story from Vessantara Jakata.

Gaston’s total immersion in the Thai music industry started in 1979 when he met Kru (master) Boonyong Ketkong, a great xylophone player and the composer of the song “Shwedagon”. He learned from the master and enhanced his knowledge of Thai music theory by studying with Kru  Montri Tramote. But his interest in Western music remained alive and his knowledge of modern music teachers like Charles Ives and influential post-WWII composer John Cage led him to invest his energies into contemporary Thai music.

In 1981, Gaston and Boonyong founded the Fong Nam band with Jiraphan Angsawanon, a founding member of Butterfly band. With the expertise of these three talented musicians, Fong Nam revolutionized Thai music, creating a new phenomenon in the Thai music industry with new arrangements that allowed Thai musicians to successfully collaborate with world-class artists. A new accent was born that became familiar to Thai people and was widely accepted. Among the well-known songs is “Kang Kaow Kin Kluay” (literally “Bats eat Banana”) and “Shwedagon”.

His true understanding of Thai music allowed him to create improvisations in modern international music too. However, Gaston composed the music with such profound thought and philosophical understanding that it took no one by surprise when he later became a fully-fledged Thai composer.

He conserved traditional Thai music by letting it grow and flourish using his Thai heart and talent for both Thai and international music. Underlining that growth and development are the most important routes to conservation, he showed that Thainess can change over time while still being able to maintain its own roots and that Thai melodies can proudly be played on the world stage. Gaston left us such important compositions such as  “Chao Phraya Concerto” composed in 1982 for the Bangkok 200th Anniversary Celebration and “Thailand the Golden Paradise” in 1987 to celebrate the year of Thai tourism.

He led Fong Nam to attend the Royal Festival of Music in London, England in 1987, which marked an important journey for the two senior Thai music masters. His true understanding of Thai music and his ability to speak the language gave him an advantage in helping disseminate Thai music in foreign countries.

In the world of education, Gaston was known and loved as Ajaan Bruce. He was a lecturer in music and drama in the Faculty of Arts, Chulalongkorn University. He also lectured in music and music-related subjects for other faculties such as Communication Arts.  He composed music for dramas including Prainam, Khon Dee Tee Sichuan (good people in Sichuan), and Oedipus before resigning as a university professor to concentrate on a career as an independent artist developing creative music with his band. 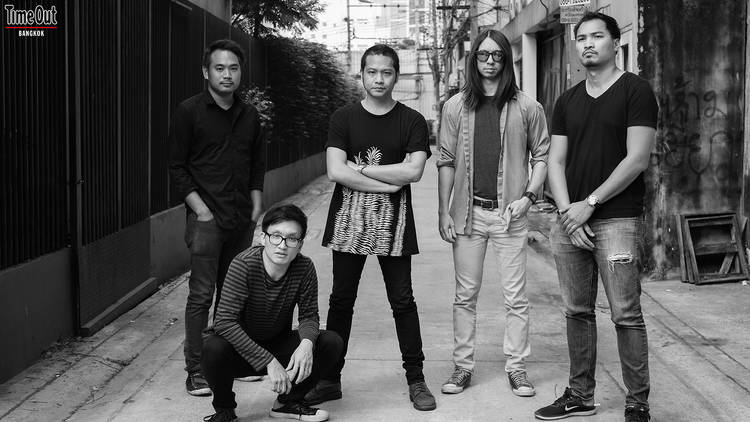