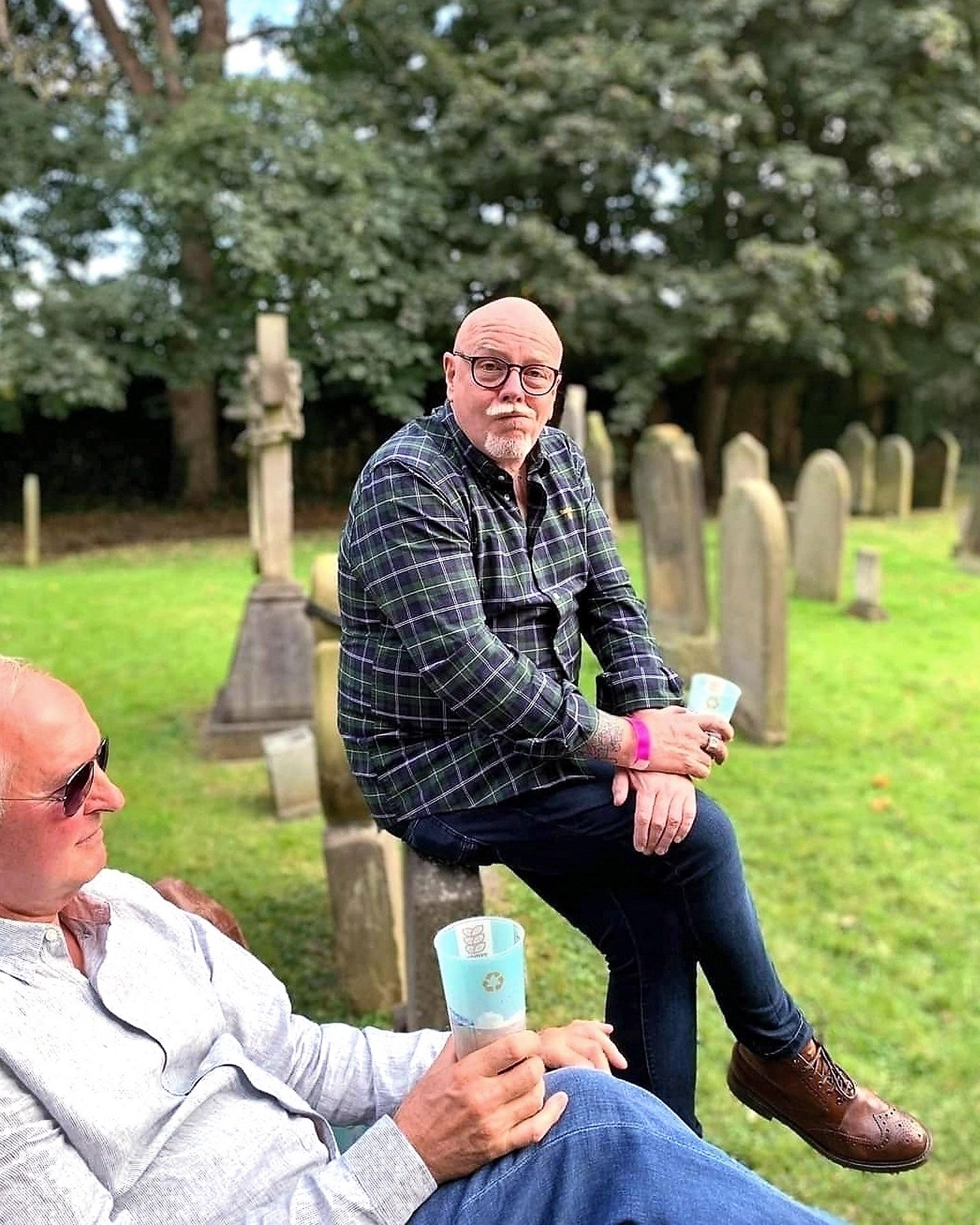 A vicar has been blasted for allowing a beer festival to party on church grounds after alarming pictures emerged over the weekend of attendees using a tombstone as a table.

In the pictures, taken at St Mary's Church in Norton-on-Tees, County Durham, a group of cheery drinkers can be seen sitting around the grave and raising their beer aloft as they smile for the camera.

Various drinks are placed on the memorial, as well as bags, books, and coats. The jolly folks are also accompanied by a brown dog.

Internet users slammed the stunt for being insensitive towards the dead, and questioned the wisdom of the church reverend for allowing the festival to take place in the first place.

One outraged member of the Norton and Billingham Info local community group, named Donna Beardsell, claimed that the group were old enough to know better, saying: “How bloody disrespectful is that and they call kids disrespectful; it’s shocking on so many levels.”

Another agreed, adding: “Looks disrespectful and they are not kids either, hope they put pictures on [the] front page of [the] gazette if they are that happy to be doing it.”

Some demanded that the vicar leave his position over his inability to stop the sacrilegious scandal, including one from Christopher Waugh Richardson that said: "Absolutely disgusting, a graveyard is a place of solace, a place where loved ones can go and see their family members and remember and reflect. The vicar should resign from his post with immediate effect."

On the other side of the argument, a few people jumped to the defence of the drinkers, including one man who offered that the age of the stones — which he said dated from the 1740s — meant that the act was not especially disrespectful.

But others disagreed, with Danika Stirling saying: "Doesn’t matter how old the graves are there’s still a body underneath they are a name someone’s family have some respect"

Posting through the community page, Reverend Martin from St Mary's Church spoke of his regret for the impact of the images on local people, writing:

"I am saddened that this event, which we'd hoped would bring joy and positivity in our community, has caused so much upset, and apologise to everyone who has expressed their concern."

He said that the purpose of the annual event had been to provide a friendly space for "young and old" in the surrounding area and raise needed funds for the church building in the process.

The incident may yet bring more controversy, as Norton and Billingham Info said their post sharing the images had been reported by the church.

To stay up to date with all the latest news, make sure you sign up for one of our newsletters here