Woolly thinking helps reveal tombs that had been hidden for generations

Grazing sheep have uncovered historic graves hidden for many decades by dense overgrowth in a Cork graveyard.

The long-lost grave of a child who died in 1872 was recently uncovered by the sheep in St Matthew's graveyard in Crosshaven.

That child's grand-nephew was tracked down by "history buffs" in the local volunteer group and he now plans to visit from the UK.

Bringing sheep ‘cleaners’ to the graveyard was the brainchild of Fianna Fáil Councillor Audrey Buckley.

She first encountered the idea on a trip to Mumbles, Wales and then introduced it in Crosshaven.

Goats were first used to clear out the overgrown site and sheep replaced them this year.

“The sheep were moved on Wednesday night, then we used hand tools to gently remove scrub that was there for 50 to 100 years," Ms Buckley said. 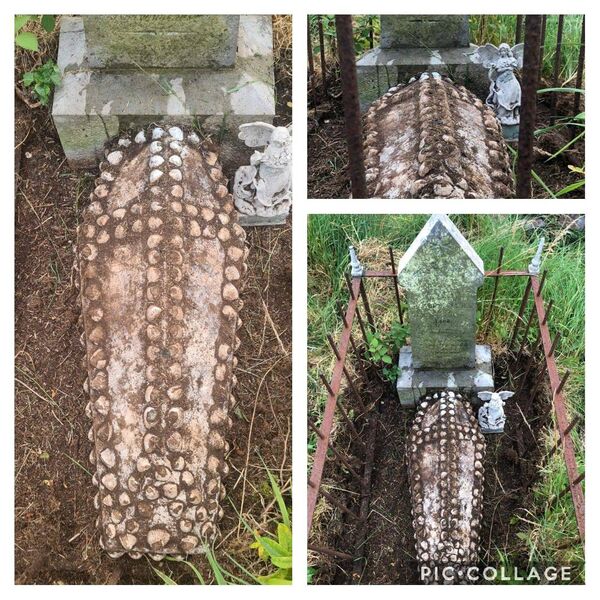 A grave uncovered by sheep at St Matthew's graveyard in Crosshaven in Cork.

The grave of two-year-old Maria Kate Russel, who died on October 7, 1872, was discovered in the clear-out and local historian Marion Reardon managed to track down her grandnephew in the UK.

"He had been trying to find info on her and the family and had planned to come over from UK last year, but had to cancel due to Covid.

"He is thrilled and plans to visit as soon as he can. He is so thankful to all involved. Every now and then, the hard work pays off," Ms Buckley wrote in a Facebook post about the discovery.

She said the task of clearing the unusually large one-hectare graveyard is "sometimes overwhelming" but these finds make all the hard work worthwhile.

The pandemic has made the clear-out project possible, Ms Buckley said, as people have been staying local with more free time to volunteer. 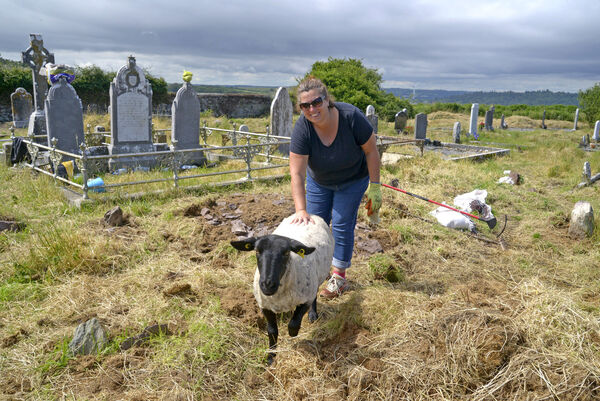 Volunteers from the Templebreedy Save our Steeple campaign and a Fort Camden group have been indispensable, she said.

The oldest gravestone found at the site dates from 1711.

“Over 420 headstones have been found and registered on an international database.

“We have some real history buffs that volunteer with us and when we find a new headstone they do some research and find out who that person was.

Some of these stones have not been seen in over 100 years.

“This should be done nationally."

Ms Buckley believes that it is one of the largest graveyards in Ireland.

The six sheep currently used at the graveyard were gifted by the owner of Ballea Castle in nearby Carrigaline.

And Pat O’Sullivan of Carrigaline Council helped erect 10ft fencing and a water source to keep the sheep safe.

But despite the secure site, one male lamb aptly named Houdini kept escaping so was swapped for some calmer female sheep instead.

They are so friendly that they approach visitors for a rub and nuzzle in their bags in the hope of finding some sheep nuts, Ms Buckley said.