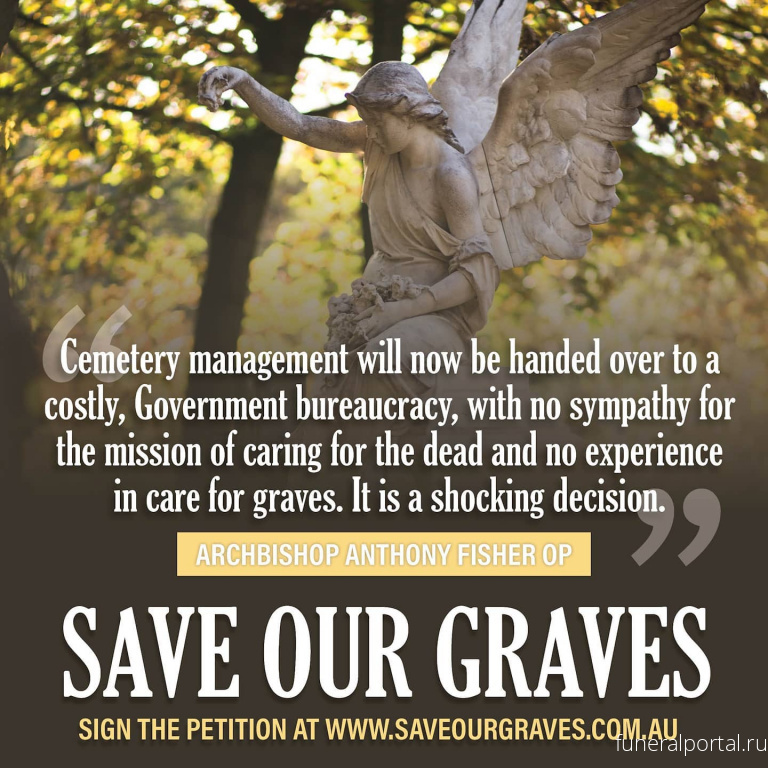 In the news this week, the NSW Government announced that it will merge all cemetery trusts into a single government-run trust and to dismiss faith-based operators, including the Catholic Metropolitan Cemeteries Trust (CMCT).

This decision will end the involvement of faith groups in the management and operation of cemeteries in favour of a secular government run bureaucracy. This will bring to an end more than 150 years of the Church’s role in burying the dead, upkeep of the graves and support to grieving families.

For more than four years, CMCT, the Archdiocese as well as other religious groups have been in consultation with the State Government to try and find a solution to the issues currently facing Sydney cemeteries. The most significant of these issues are:

· a lack of burial space in Sydney cemeteries, with many of them expected to close to new interments in the next decade;

· the need for sufficient funds to be set aside for the ongoing maintenance of cemeteries; and

· the need to provide affordable funerals and burials for all people.

CMCT offered solutions that would solve each of these issues, and do so in a way that could be implemented immediately at no cost to Government or taxpayer. The Government’s decision will be significantly more costly, take a longer time to implement, and exclude religious groups from any involvement in operations. It makes no sense.

Archbishop Anthony Fisher OP has established a petition to ‘Save Our Graves’ copy the following link to sign the petition: https://saveourgraves.com.au/

Caring for the dead is a spirtual mission, not secular. Our faith teaches that it is one of our “corporal works of mercy” and this underpins the way we look after our cemeteries. The government seems to only really recognise cemetery property as a monetary asset without sensitivity to its spiritual element or the wishes of families of the deceased.

The decision raises uncertainty about whether graves will be kept in perpetuity and the cost of burials will almost certainly increase, because the cemeteries will no longer be operated by charitable providers. This does not just affect Catholic communities but also Muslim, Jewish and other Christian and non-Christian communities whom the Catholic Cemeteries Trust has been supporting these past years.

The government suddenly announced this decision without adequately consulting the Church and other faith leaders, evidently emboldened by the results of the Upper Hunter by-election. The brazen disregard for faiths does not bode well for the manner in which the government may deal with Catholic funerals and graves in the future.

It is important that we #saveourgraves

Caring for the dead is a spiritual mission
https://catholicoutlook.org/caring-for-the-dead-is-a-spiritual-mission/

Caring for the dead is a spiritual mission, not secular. The NSW Premier has repeatedly assured me that faith groups would be part of the solution.
We now feel like we have been deceived.
https://www.theaustralian.com.au/commentary/caring-for-the-dead-is-a-spiritual-mission-not-secular/n...