‘Beyond places and periods’: the collection of Michel Périnet 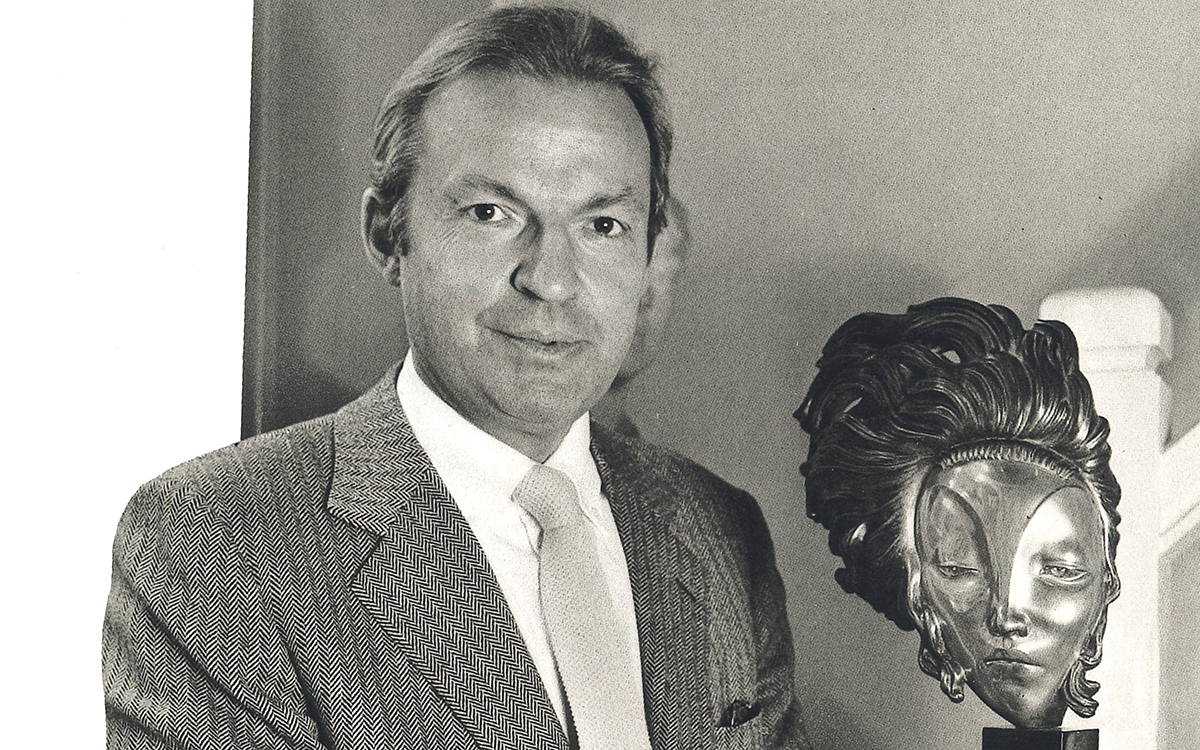 Michel Périnet’s collection of African and Oceanic art, coming to Christie’s this summer, showcases a master collector with an uncommon vision

Michel Périnet's collection of African and Oceanic art takes centre stage in Paris on 23 June. The auction of 61 works from the collection of the late legendary Parisian jeweller and collector is in association with Bernard Dulon, Lance Entwistle, Alain de Monbrison and François de Ricqlès.

Alexis Maggiar, International Director of the Department of Arts of Africa, Oceania and the Americas at Christie’s, picks his highlights, singling out a Mortlock Island mask (tapuanu) from the Caroline Islands. ‘This white mask is one of my favourite pieces,’ he says. ‘This kind of mask has never been seen at auction. It has an incredible aesthetic; It’s the holy grail of Oceanic masks.

Other rare items include a ceremonial shield from the Solomon Islands inlaid with mother-of-pearl along with a rapa dance paddle, one of four significant Easter Island works of Polynesian origin. 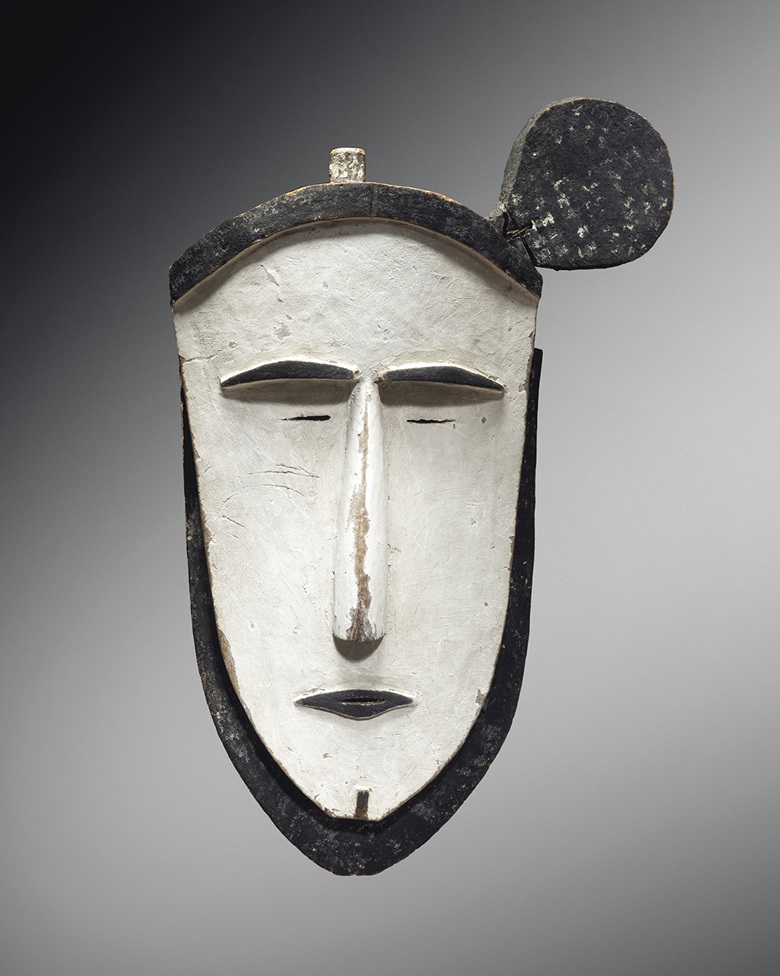 Alexis Maggiar recalls seeing Périnet many years ago. ‘At Drouot [saleroom], he was there every day, looking at everything. He was always looking for the best pieces, talking to key dealers in every field,’ says Maggiar. Michel Périnet, who died last year, is known for amassing one of the world’s finest art nouveau jewellery collections, centred on the works of the French jeweller and glass designer René Lalique.

He also specialised in Art Deco and enjoyed Modern art, building an extensive collection of works by Francis Picabia (the artist’s widow, Olga Picabia, lived in the same building as Périnet, above his shop on the Rue Danielle-Casanova in Paris). His eclectic taste also embraced the artists of the late 19th-century Pont-Aven school. 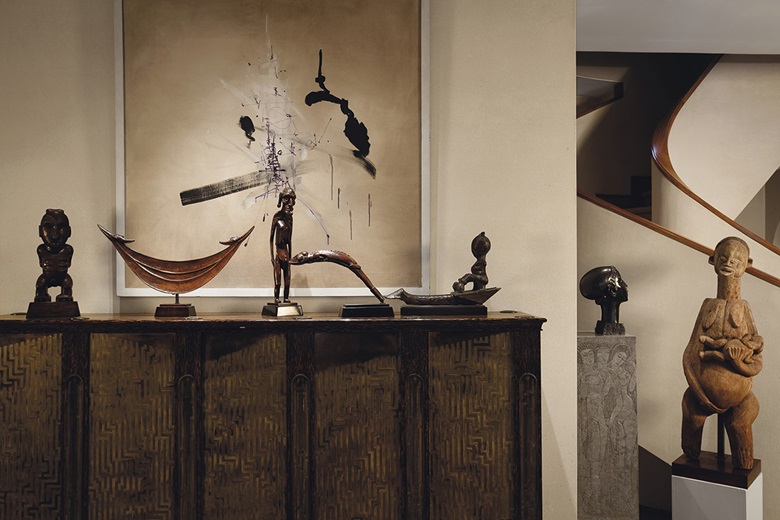 Two key moments ignited Périnet’s passion for African art. In the sale catalogue, Laurence Mouillefarine writes that ‘in 1967, on a trip to London to purchase jewellery, Michel Périnet happened across a Kota sculpture from Gabon. His heart leapt… That was the day that African art entered his life. He read every book he could find about the indigenous cultures of Africa, Oceania, the Native Americans, Inuit art and more.’

‘When you’re already a confirmed collector, you know about the market and most importantly, [have] the eye. All of his purchases are masterpieces, they’re on another level. He was not buying to sell, he was buying for himself,’ Maggiar says. Périnet will always be known as a master collector with an uncommon vision and determination, buying across different genres and disciplines, he adds. 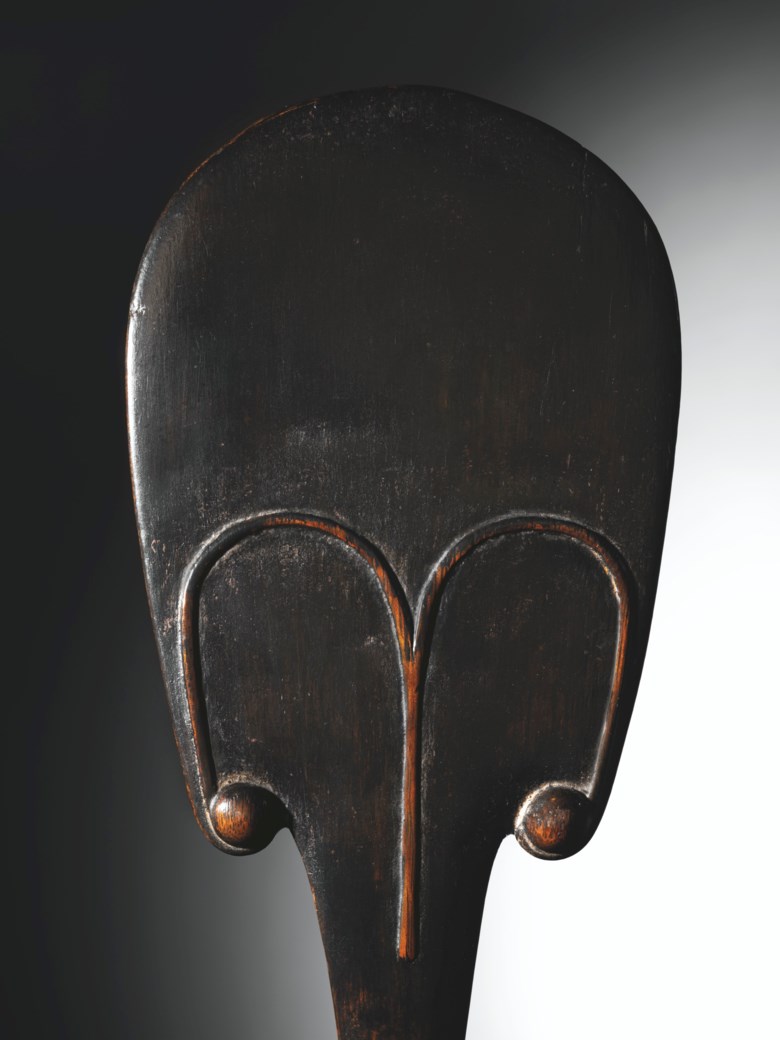 In 1972 at the estate sale of the legendary couturier Jacques Doucet in Paris, Périnet saw a celebrated Kota helmet mask from Gabon that has been consigned to the June sale. ‘He was totally shocked by this aesthetic,’ Alexis Maggiar says. Moving into the field of African and Oceanic art might have been difficult but Périnet had the refined taste of a connoisseur, he adds. 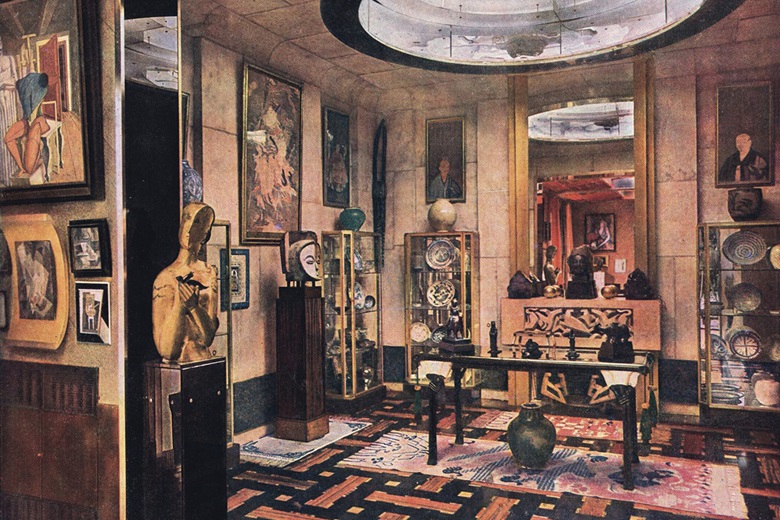 Maggiar says that the Kota artefact ‘once sat near Picasso’s painting Les Demoiselles d’Avignon at the home of Doucet’ (the fabled collector bought the work in the early 1920s before it went to the Museum of Modern Art in New York). 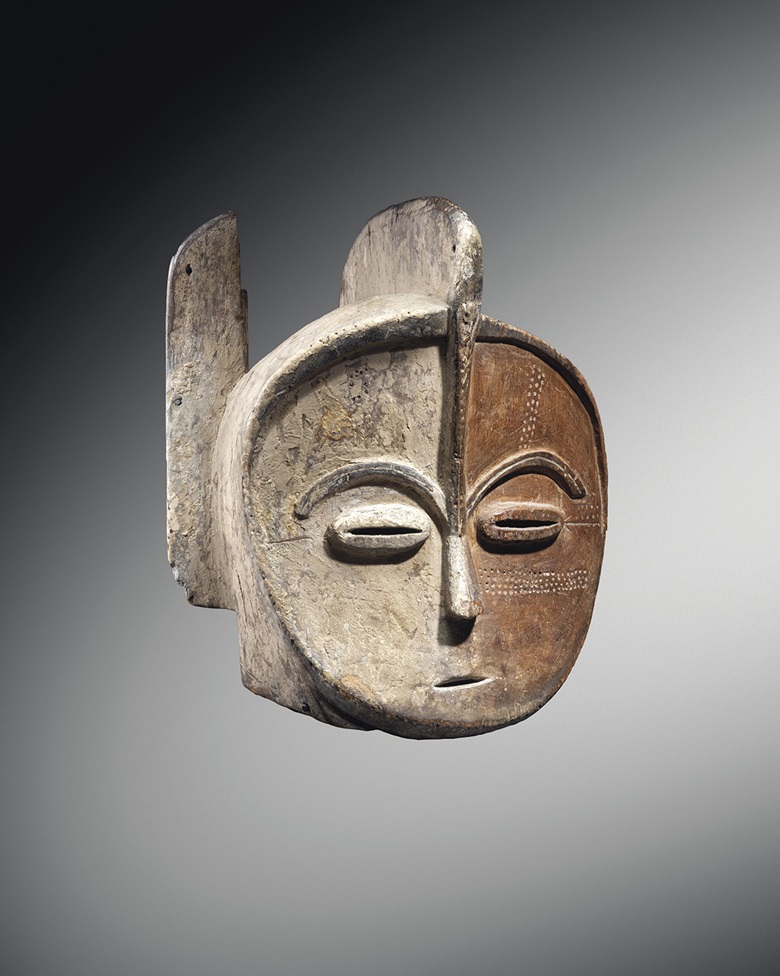 ‘The work combined an exquisite sensibility with a stylisation and geometric rigour reminiscent of Art Deco,’ writes Bernard Dulon in the catalogue. ‘The Kota mask of the Périnet collection is exceptional, in aesthetic but also historical terms.’

Indeed, Périnet’s collection and vision join the dots across 20th-century art history. In an essay in the sale catalogue, Alexis Maggiar and co-writer Victor Teodorescu point out that ‘the Périnet collection offers us a perspective that transcends the various “isms” of the last century. Beyond places and periods, it embodies the quintessence of a universal history of art.’ The formal qualities of African and Oceanic practices came to underpin the Western canon throughout the last century. 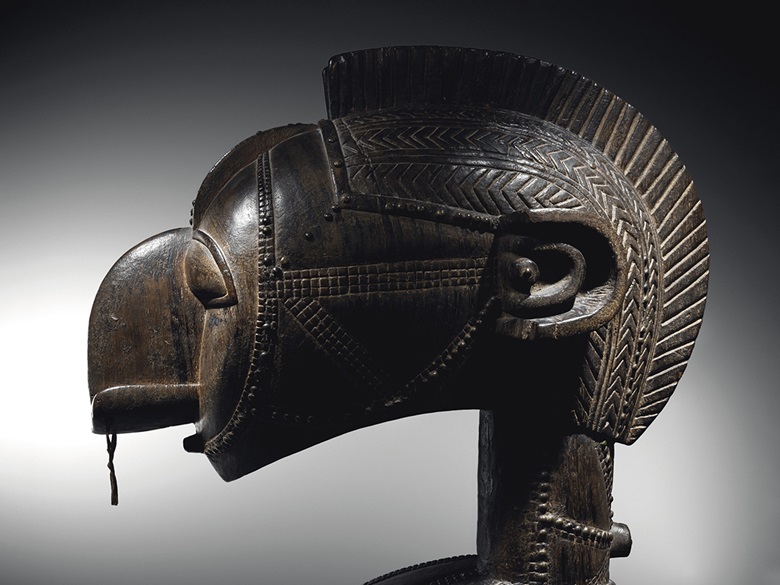 Other works from the Périnet collection have passed through the hands of important Modernist trailblazers. Michel Périnet was one of the early owners of Irish designer Eileen Gray’s legendary 1917 Dragons armchair, which fetched a record €22 million at the Paris auction of the collection of Pierre Bergé and Yves Saint-Laurent at Christie’s in 2009.

Meanwhile, an iconic Fang head from Gabon owned before 1930 by Maurice de Vlaminck, a leading painter in the early 20th-century Fauve movement, is included in the forthcoming sale. 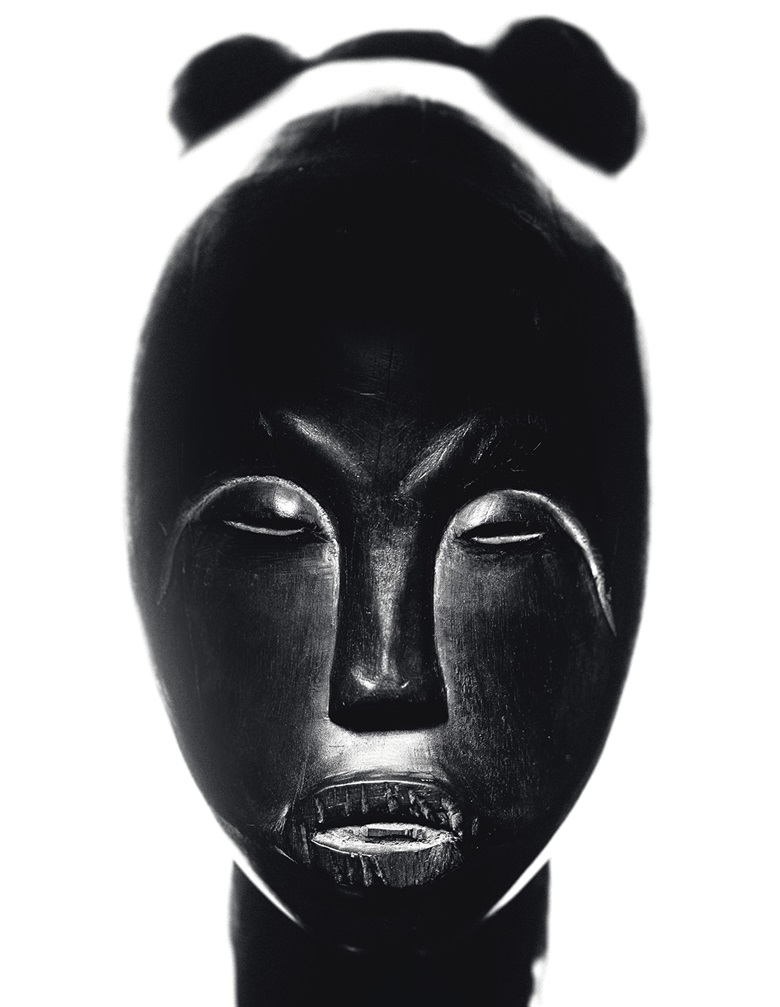 Other consigned star objects include another Fang work, a figure acquired in 1929 by the Catalan architect Josep Lluis Sert, a close friend of Picasso and Joan Miró; a Dan mask from the Helena Rubinstein collection and an Uli figure from New Ireland previously owned by the legendary Abstract Expressionism collector Ben Heller. 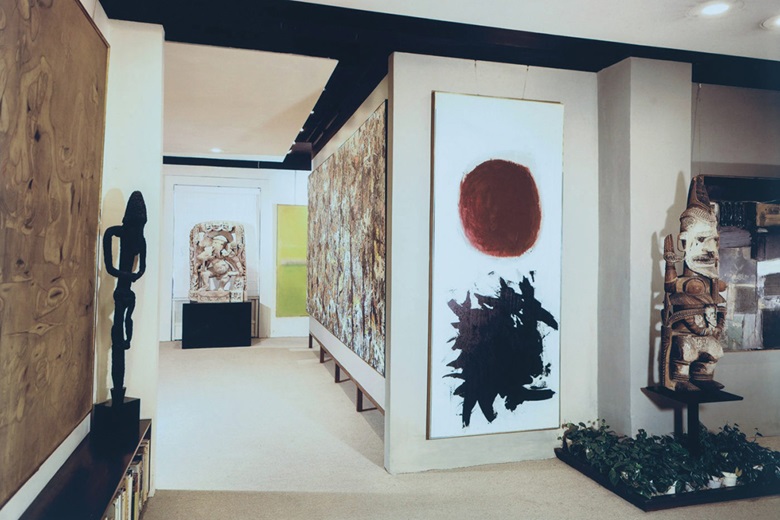 Périnet ‘always sought to acquire the most exquisite works of art,’ says Maggiar, a sign of his astute attitude. ‘As he said, “I didn’t choose the object: it chose me.”’

Watch: The Collection of Michel Périnet