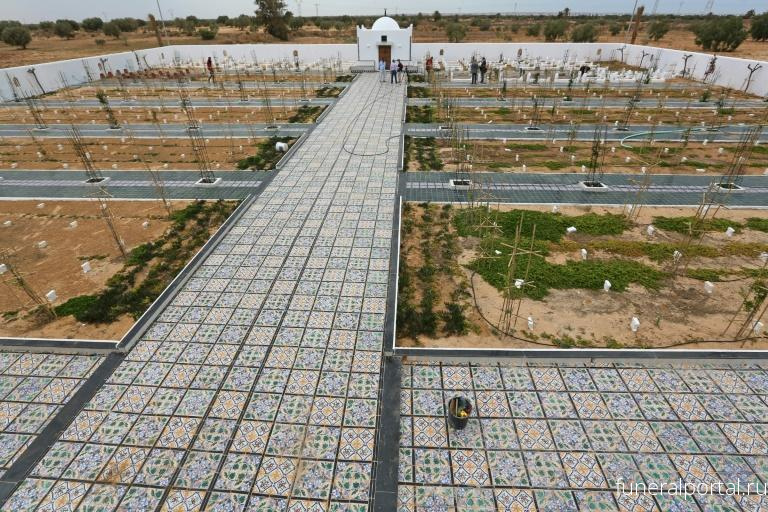 A cemetery in southern Tunisia for migrants who drowned crossing the Mediterranean in the hope of a better life in Europe is already half full -- even before it is formally opened.

Jardin d'Afrique, French for Garden of Africa, is for those who were "the wretched of the sea", said Rachid Koraichi, the Algerian artist and Sufi Muslim who built the cemetery.

These migrants, many of whom drowned after boarding flimsy and overloaded boats while facing extortion from "gangsters and terrorists", deserve a dignified resting place, he said.

"I wanted to give them a first taste of paradise," 74-year-old Koraichi added.

His art includes sculptures and ceramics embellished with calligraphy, and has been exhibited from Venice to New York.

In 2018, he bought a plot of land to host the cemetery in the southern Tunisian port of Zarzis, near the Libyan border; an area where countless migrants have taken to sea over the years.

More than 200 white graves already fill the cemetery, surrounded by five olive trees to symbolise the five precepts of Islam and 12 vines to represent the 12 apostles who were the first disciples of Jesus.

Vicky, a 26-year-old from Lagos, Nigeria, arrived on foot to Tunisia after several failed bids to reach Italy from Libya.

"Going to Europe was my dream," she told AFP as she swept the cemetery grounds.

"But trying to get there has been hell."

The cemetery is to be formally inaugurated on Wednesday by Audrey Azoulay, head of the UN's cultural agency UNESCO.

Many of those buried there remain nameless for now, and the headstones bear grim and scant information about them.

One is inscribed with the words: "Woman, black dress, Hachani beach", indicating the location where she was found.

"When I see this, I am not certain anymore that I want to make the sea crossing again," Vicky said.

Tunisia and neighbouring Libya are key departure points for migrants, many from sub-Saharan African, who attempt the dangerous crossing from the North African coast to Europe, particularly Italy.

In early May, the UN's refugee agency UNHCR said that at least 500 people had died trying to cross the Central Mediterranean this year, more than triple the 150 in the same period of 2020.

Koraichi, whose brother was swept away by a current while swimming for leisure in the Mediterranean, funded the cemetery by selling some of his artwork.

His brother's body was never found.

"I wanted to help the families get closure and for them to know that there is a place for a dignified burial" of their loved ones, he said.

"It is also a symbolic place, like the Tomb of the Unknown Soldier," he said, referring to monuments to fallen servicemen that can be found across the world.

A wooden door dating back to the seventeenth century leads into the cemetery where hand-painted ceramics line the ground and fragrant flowers, including jasmin, fill the air with a sweet scent.

A white cupola sits atop a chapel where worshippers from all faiths can pray.

Space has been allocated for a morgue and forensics lab to help identify the dead.

So far only one family from war-torn Libya has visited the cemetery to pray at the graveside of a young relative who had been identified by travel companions.

"We offered to let them take his body home but his father replied 'God has abandoned Libya, keep him here,'" Koraichi said.

Koraichi is a member of the Tijaniyyah order of Sufism, a spiritual form of Islam, which originated in North Africa before spreading to other parts of the continent.

He chose Zarzis as the place to build the Garden of Africa after learning that authorities in the fishing port were struggling to bury dozens of bodies of migrants that had washed up on its shores.

Municipal workers had buried more than 600 unidentified migrants -- from sub-Saharan Africa, Asia and elsewhere -- in a sandy, windswept plot near an old city dump.

That burial ground was already full when, in July 2019, another 100 bodies arrived, overwhelming the municipality.

That was when the first graves were dug at the Garden of Africa, even before the work to build the ornate cemetery had started.

Since then -- and especially in summer when the number of sea crossings rise -- bodies that washed up on the shores of Zarzis and around the region are brought in for burial each week.

Around 200 white bricks mark each empty grave in the cemetery.

Koraichi fears that they will fill up by the end of the summer.

Zarzis mayor Mekki Lourraiedh said the town itself had emptied over the years, as many young people left by sea seeking jobs and a better life in Europe.

"These migrants remind us of our children," he said. 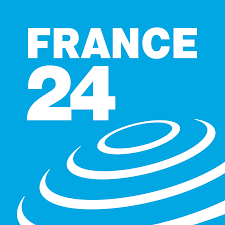 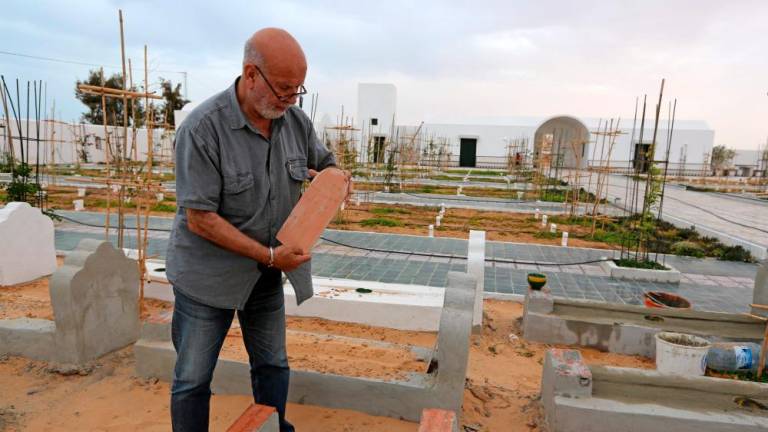