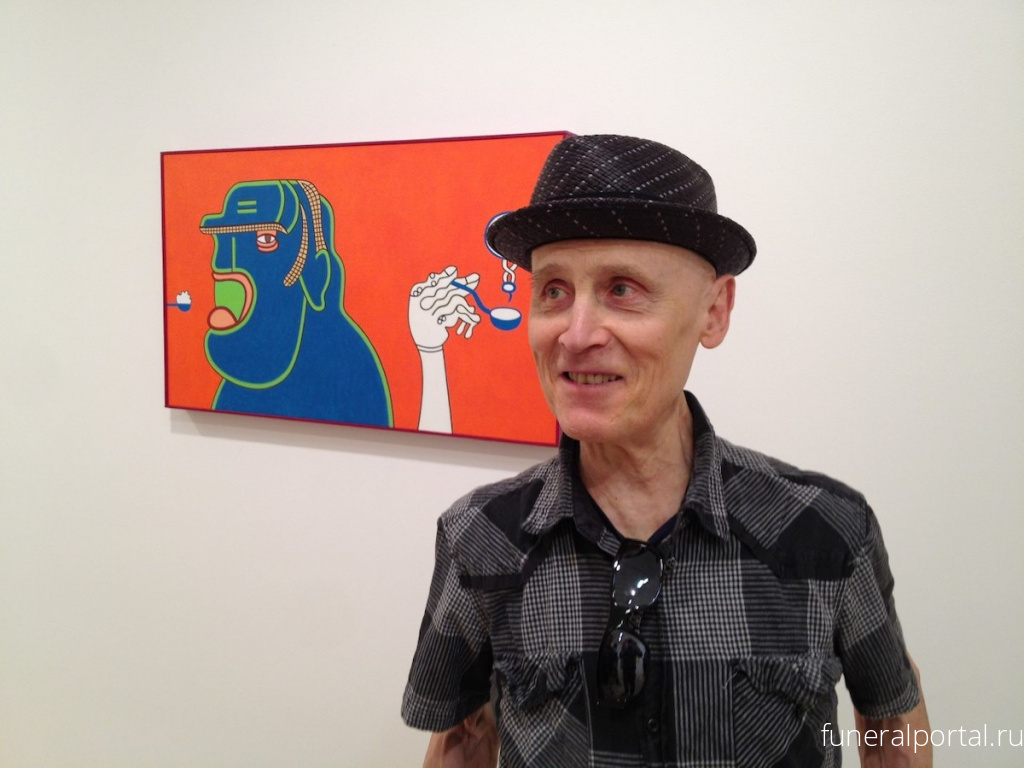 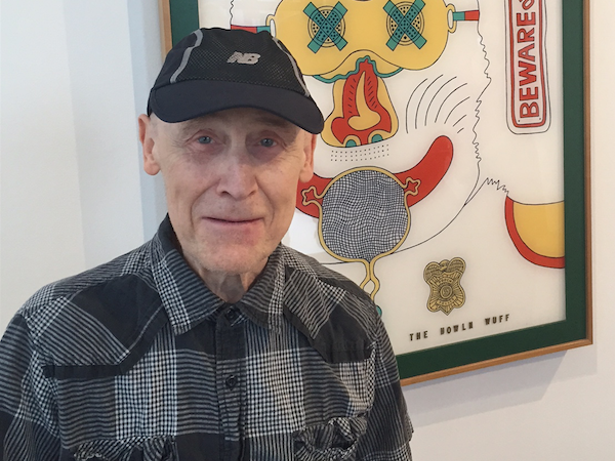 Karl Wirsum, a member of Chicago’s Hairy Who group of the 1960s whose art envisioned a madcap universe unto itself, has died at 81. Dealer Derek Eller, whose New York gallery represents Wirsum alongside Chicago’s Corbett vs. Dempsey, said that he died of cardiac arrest.

“It has been an enormous privilege to work with such a talented, important, and influential artist,” the gallery wrote in a statement posted to Instagram.

Wirsum was part of a crop of Chicago artists that emerged in the 1960s and produced work informed equally by mass media, pop culture, and non-Western art. Known as the Chicago Imagists, they relied on figuration at a time when abstract painting was still considered to the most important mode for art-making in the U.S.

In 1966, a group known as the Hairy Who formed when Don Baum organized an exhibition of their work at the Hyde Park Art Center in Chicago. Its six members included Jim Falconer, Art Green, Gladys Nilsson, Jim Nutt, and Suellen Rocca; Wirsum wasn’t a part of the collective until Baum included him in the show. Wirsum lent the group its name during a discussion about a Chicago radio program led by art critic Harry Bouras. Upon hearing this, Wirsum asked, “Harry who?”

The art of the Hairy Who members is “not ironic, but neither is it solemn,” curator Dan Nadel wrote in the catalogue for a 2015 exhibition about the group’s publications at the Hyde Park Art Centre. “It is warm but not sentimental, immaculately crafted but not cold. It is art that embraces mundane realities, wet sexuality, fantastic realities, and a hard-edged spirituality. It asks for nothing from the viewer, makes no special cases, and yet is not against or for anything.” 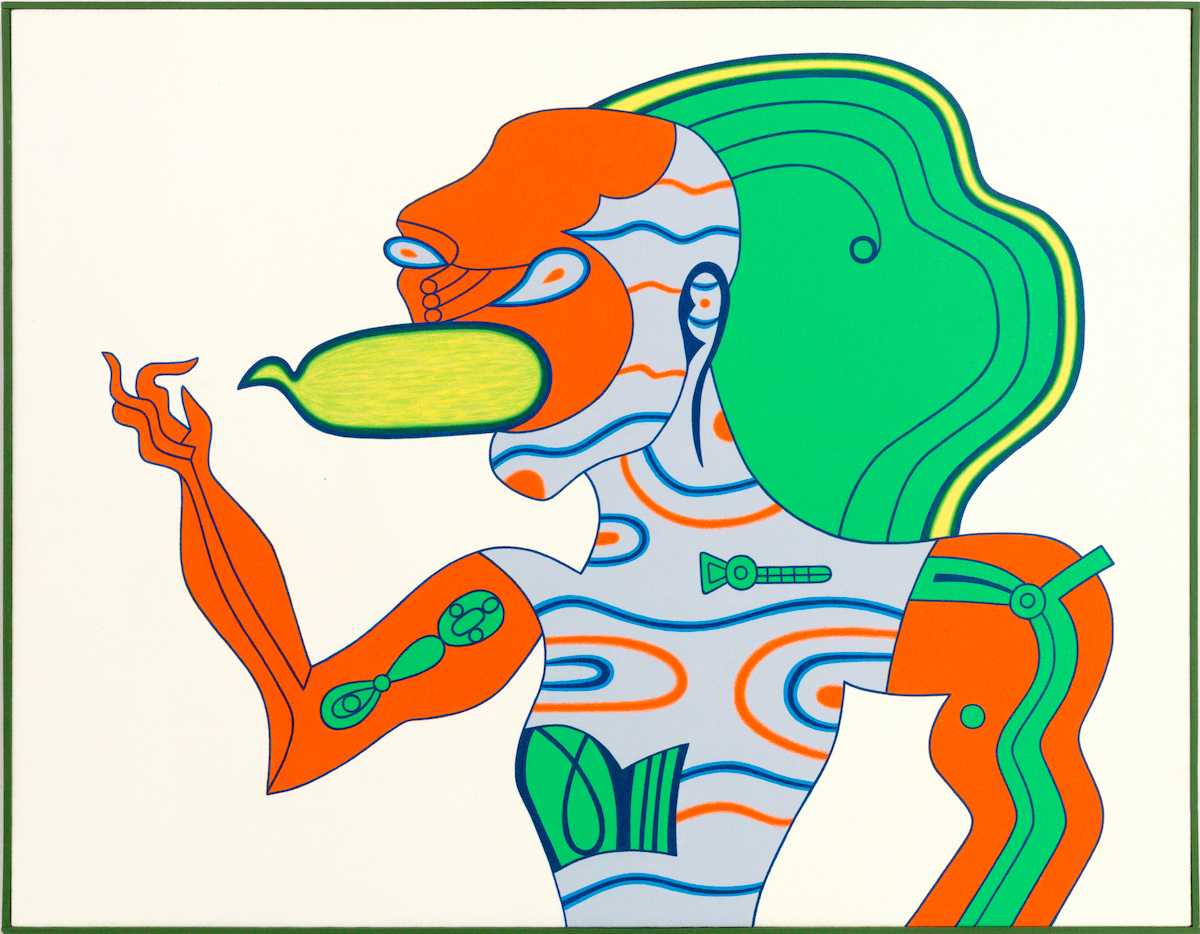 While the methods used by the Hairy Who artists dovetailed with the ones relied upon by Pop artists, the Chicago Imagists differed in at least one key respect: they never appropriated material. “They were staying too close to the initial point of inspiration,” Wirsum told Hyperallergic in 2015. “I liked things that were more inventive.”

Wirsum’s art took its cues from a wide range of sources, from comic books to Jean Dubuffet’s art brut paintings. In his 1968 painting Screamin’ Jay Hawkins (1968), now owned by the Art Institute of Chicago, the titular musician is imagined as a robot-like being whose body pulses with yellow bolts and seems to emanate light. His beady eyes look more like those of a lizard, and his legs are partially orange and blue with green leg hair. At his head are two green birds that clash with the maroon background. The painting thrums with an electric intensity that animates much of Wirsum’s art of the era.

Works such as these have turned Wirsum into something of a hometown hero in Chicago. “Karl Wirsum is an art star,” the Chicago Reader wrote in 2017. “The low-key member of the Hairy Who—the 1960s art group nestled inside the Chicago Imagists movement—would probably balk at this characterization, and the art market may not have rewarded him as such, but he is one of our homegrown treasures.”

Karl Wirsum was born in Chicago in 1939. When he was nine years old, both of his parents were killed in a car crash. While in the hospital as a child, he began to draw, and a nurse suggested that he might take up a career as an artist. Sights witnessed on the city’s Maxwell Street, where blues musicians often performed, later informed his art. In 1957, he enrolled at the School of the Art Institute of Chicago. 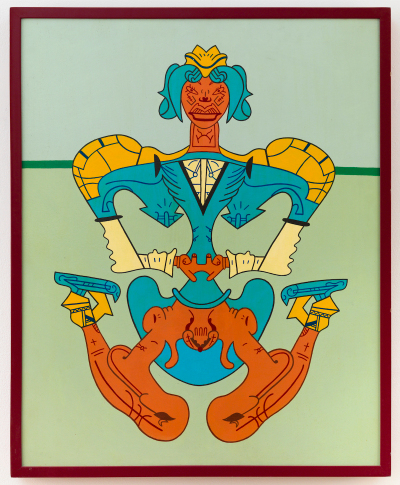 While there, Wirsum took classes with art historians Kathleen Blackshear and Whitney Halstead. Because of their courses, he grew interested in Egyptian art, New Guinean art, Surrealism, and Dada. Then, when he graduated the school, he went to Mexico with artists Ed Paschke and Bert Phillips, and furthered a fascination with folk art of the country.

During the ’70s, after the Hairy Who disbanded in 1969, Wirsum pushed his experiments even further, relying on new materials like styrofoam, out of which he fashioned busts for his cartoon-like figures. And for a series called “Alien Dating Service,” he painted on acetate, so that the work reflected light. Marionettes also became a recurring element in his work. Briefly during the ’70s, he moved to California. Then, finding the state “too pizzazzy,” he came back to Chicago, where he remained for the rest of his career, teaching painting and drawing at the School of the Art Institute of Chicago.

A force appears to enliven Wirsum’s art, though it is often difficult to describe what it is. “There’s some kind of strong magic that we can’t explain,” Wirsum said in his Hyperallergic interview. “I don’t have a belief in any divine being or anything of that nature, but there are mysterious things that happen and I feel that being a creator you link up in some way to another realm of reality that is not part of the everyday. And I feel a commitment to these things that’s not based on fame or fortune. It goes beyond the material into this other realm, which could be described as spiritual.” 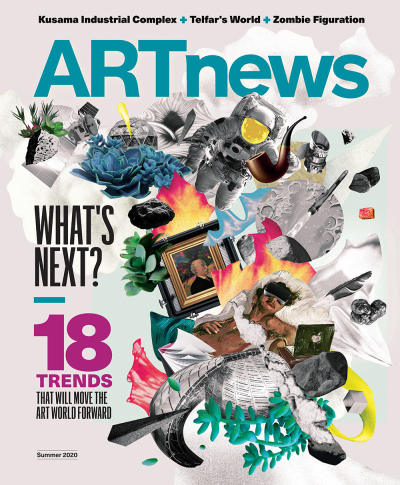 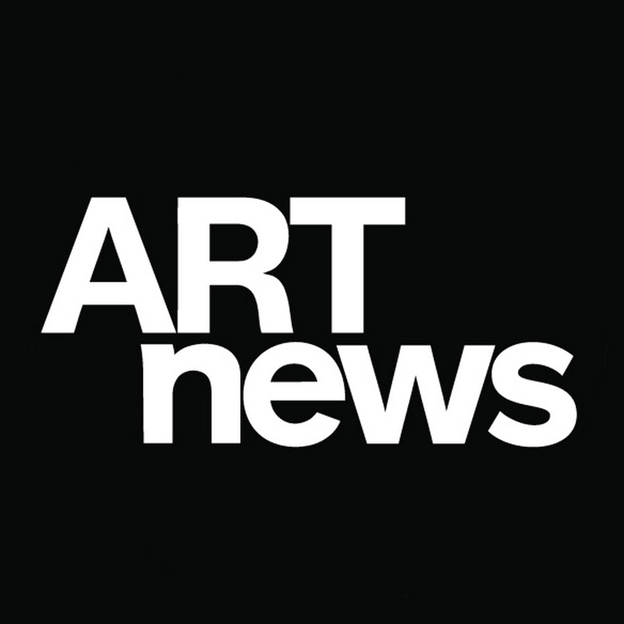