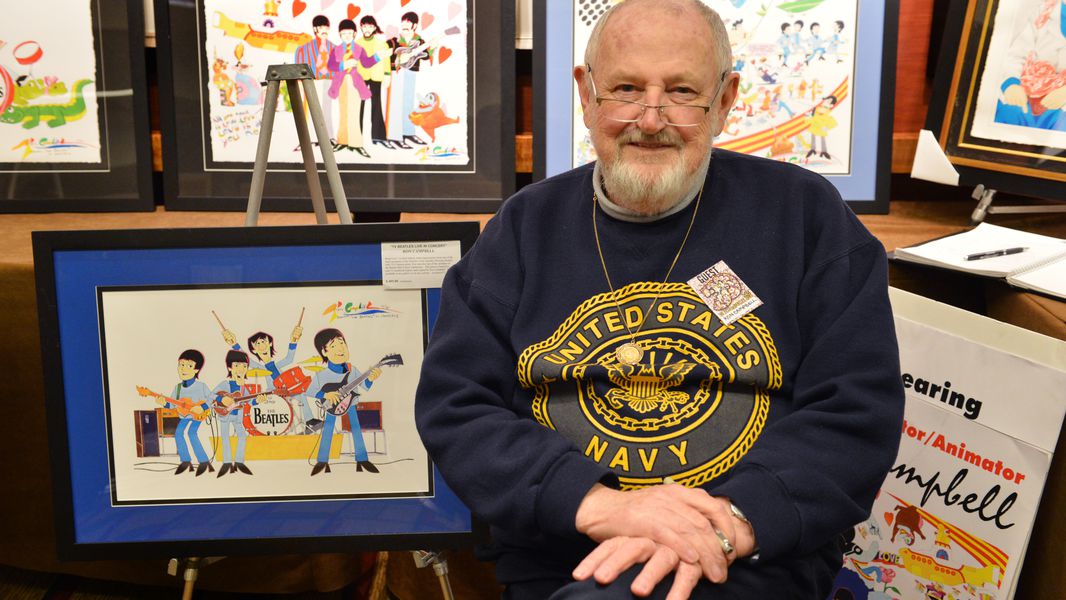 By Melissa Ruggieri, The Atlanta Journal-Constitution

As I was introduced to Ron Campbell at Ann Jackson Gallery last fall, he leaned in and said, “I only have one complaint about the story you wrote about me.” My chest clenched as my mind raced through a million details I might have forgotten. “You quoted me accurately,” he continued, a gleam in his eyes as he smiled behind his mask.

Campbell was referring to, specifically, his candid comments about John Lennon’s “Imagine,” a song so beloved that any perceived insult against it is sacrilegious.

During our lively phone interview a week prior to preview his Atlanta visit in early October, Campbell told me that he respected the music of the Lennon hymn, but added, “The lyrics I totally disagree with — I find them utterly idealistic in an absurd way — but the song is beautiful.”

Of course, Campbell’s comment raised the ire of Lennon devotees, but the man seemed to treasure honesty.

While I was apprehensive about visiting the art gallery in October – being inside any small building during the pandemic has given me pause – I also knew that it was a once-in-a-lifetime opportunity to meet Campbell, a legend of an artist whose work is most associated with the Beatles Saturday morning cartoon series (1965-69) and “Yellow Submarine.”

Campbell, an Australian native who lived in Phoenix with his wife, died on Jan. 22 at the age of 81. No cause of death was given. 
Campbell’s extraordinary career extended far beyond his Beatles connection. His artistic flair is seen in “Scooby-Doo,” “The Flintstones” and “The Jetsons.” “The Smurfs” and “Rugrats.” “Winnie the Pooh” and “George of the Jungle.”

That afternoon at Ann Jackson Gallery, some visitors brought their kids to meet Campbell or purchase a piece of his vibrant cartoon work. Others were of the demographic who grew up with the Beatles and wanted to see the man who enlivened their Saturday mornings as children.

Campbell’s longtime business partner Scott Segelbaum has announced that there are some remaining hand-signed giclees available for purchase at www.rockartshow.com/collections/animation as well as original paintings (email or call Segelbaum at scott@rockartshow.com; 610-389-1807 for details). 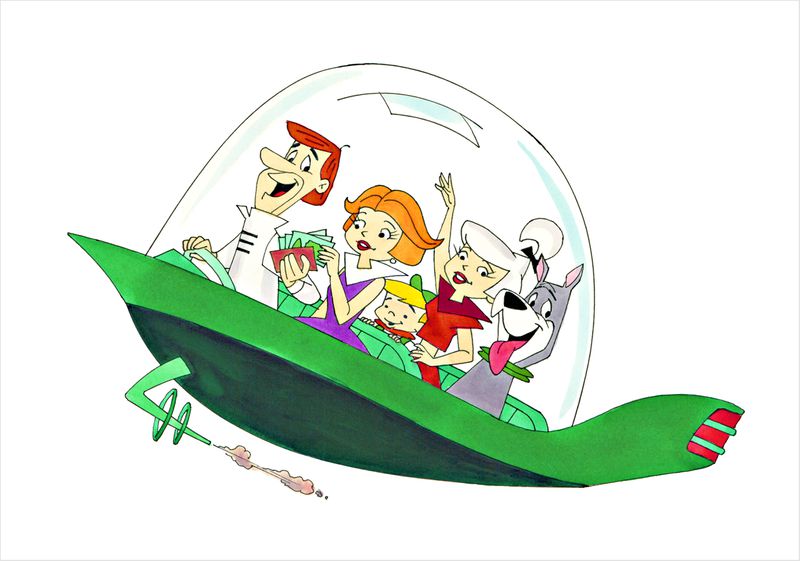 The future of Campbell’s art program is undecided, making me all the more grateful for purchasing a Paul McCartney print (from the Beatles cartoon era) while at the gallery. I also knew, from my phone conversation with Campbell, that all purchases came with a personalized signature.

But not all came with the hand-drawn-in-front-of-me sketch of the four Beatles, along with the note, “Thank you, Melissa” above a red heart and “Ron C.” - a treasured keepsake from a legend of his craft.

About the Author Melissa Ruggieri

Melissa Ruggieri has covered music and entertainment for The Atlanta Journal-Constitution since 2010 and created the Atlanta Music Scene blog. She's kept vampire hours for more than two decades and remembers when MTV was awesome. Death Is Our Business Why Opening a Funeral Business Is a Good Idea