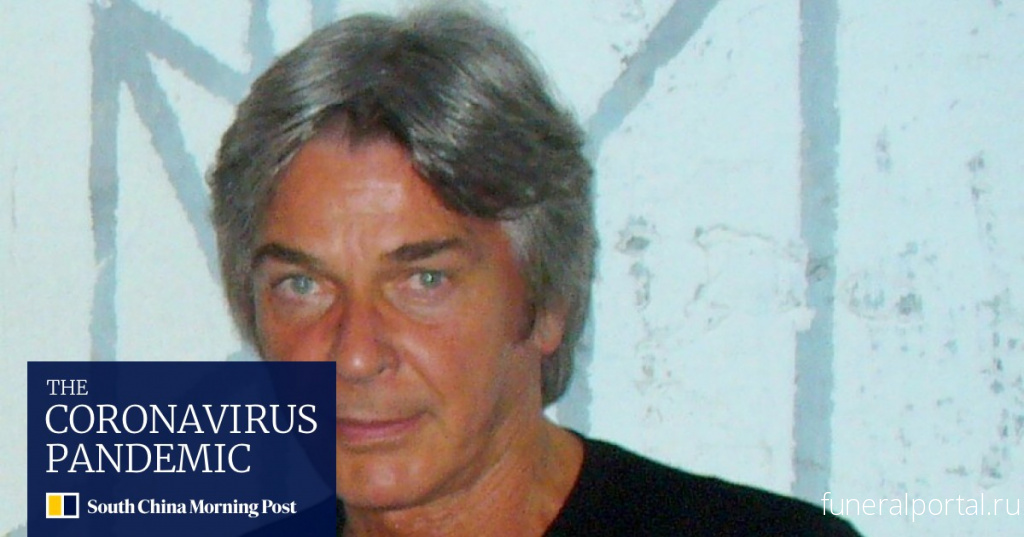 A talented musician who emigrated from Paisley to Hong Kong to pursue his career died suddenly on New Year’s Day.

Davie Colquhoun had planned to return home to the town for good later this year.

Tributes have flooded in from both the former colony and back home from his Paisley pals.

The guitarist and singer - who died aged 72 of a suspected asthma attack - had become something of a celebrity of the Far East.

He’d been out there for 35 years and fondly become known as the Hong Kong Clapton.

Dad-of-two Davie quit Paisley in the mid-eighties after years of gigging around town, his group Findo Gask nearly hitting the big time.

He’d still been working hard in the music scene when Hong Kong went into lockdown.

Since then - unable to play the stages he loved - he reverted to writing songs and it’s understood he penned around a dozen sets of lyrics.

Close friend Bert Downie revealed he had just received a delayed Christmas card on Monday from Davie and his partner Irene.

And Bert - the Findo Gask bassist and who knew Davie since they were classmates at Camphill High - said: “It read ‘All the best from Davie and Irene, see you next year hopefully.

“The card had been sent airmail on December 3, so it was a real kick in the stomach to have received it after his death.

“He’d already told me he planned to come back for good to Paisley, but then the pandemic hit and he could not get flights.

“I had been on at him for a while to come home and it is very ironic as I had asked him ’You’re not wanting to die out there, are you?’ ”

Findo Gask were known as the Scottish Lindisfarne and had signed a five-year deal with EMI before they split.

While still a teenager, Davie was the leading light in the Paisley group The Kleeverz.

Davie and Irene had brought in the New Year watching movies at their flat when he complained of being short of breath soon after the bells.

He went to bed, but shortly afterwards said to Irene he couldn’t breathe. She called an ambulance, but he died in hospital.

Bert went into the pub industry, opening ‘Jack Daniels’ in New Street, after Findo Gask split and Davie headed to Hong Kong with a new band.

He added: “Davie had answered an advert for a band wanted for a bar out there called Mad Dogs and it turned out the owners were from Paisley.

“They got the gig and he did very well. He was so highly thought-of and was a humble man, not somebody who would ever brag.

“He had a great sense of humour and was very good at drawing. At school he used to scrawl over my jotters and he did a coloured chalk drawing of an old dog of mine.

“It’s stunning and still hangs over my mantelpiece.”

Davie was the regular attraction at The Wanch live music venue in Hong Kong and had recorded two albums of his own songs.

Co-owner John Prymmer said: “When we suspended operations, Davie said ‘You have to let me play the first song when you reopen’. I promised him we would.”

‘I knew him for 27 years, and he was always the same – a gentleman and a very good musician and composer.”

BC Magazine added: “Davie, your smile and smokey vocals entertained so many of us over the years in good times and bad, thank you!”

His talent as a performer - both solo and in the band Thieves Like Us - kept the gigs coming in, including playing at functions with his group Soul Commotion.’

And his guitar rendition of his fellow Buddy Gerry Rafferty’s Baker Street was always a highlight.

Others talk of his flawless acoustic playing and his inability to ever get flustered.

Soul Commotion saxophonist Ric Halstead said: “Particularly memorable was a trip to Manila for a gig supporting The Pointer Sisters. After the show, Davie decided it would be a good idea for the whole of the band – ten of us – to jump into the front fountain of the hotel. Fond memories.”

Norman said: “Findo Gask had a big following and were a great band to watch live.

“I’d seen them many times in  places like the Silver Thread Hotel and the Gartmore Lounge.

“We all thought they were going to be the next big thing – they certainly should have been – and it wouldn’t be long before we would be watching them on Top of the Pops.”

Davie’s funeral will take place in Hong Kong on January 17.