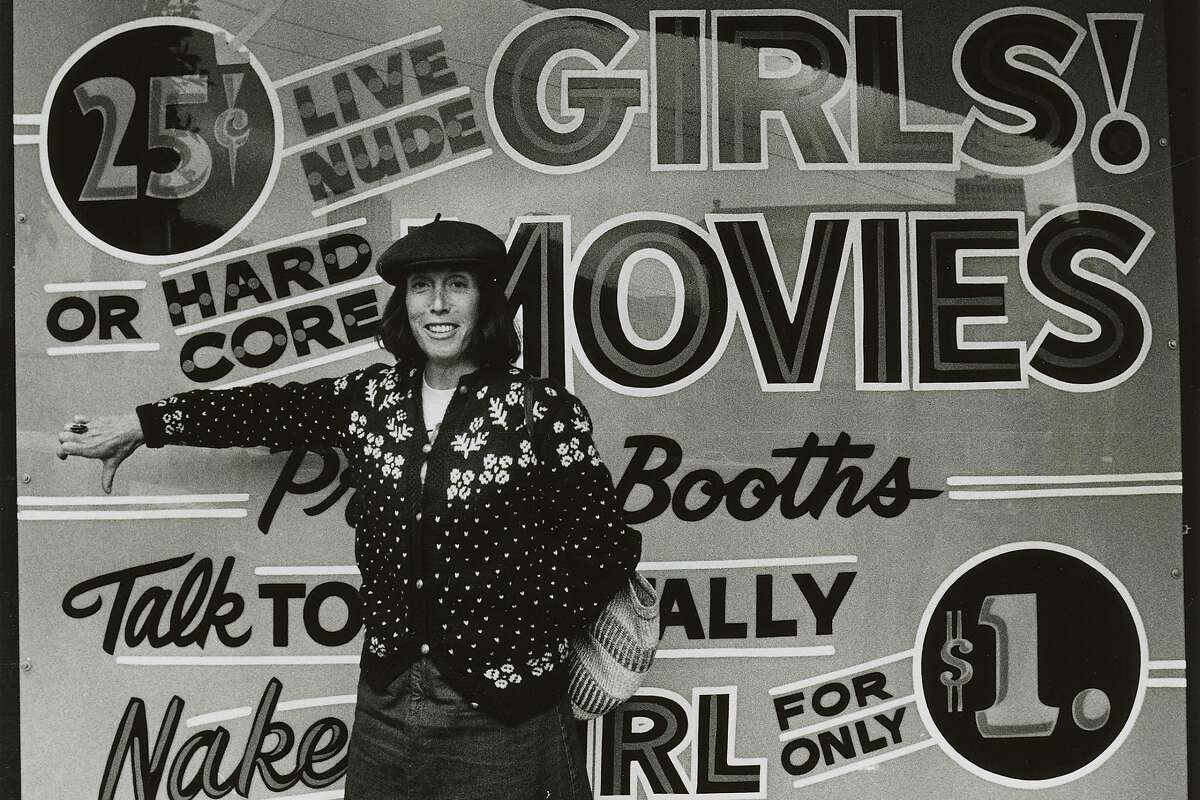 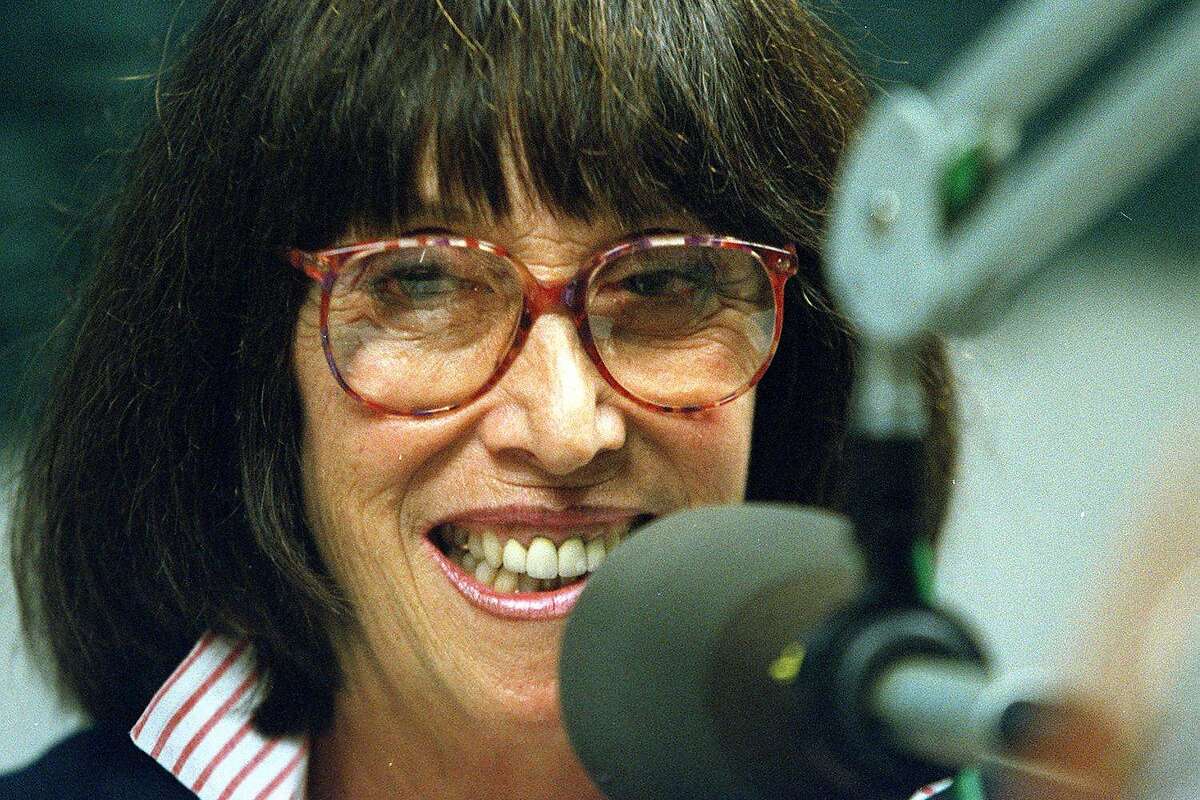 Margo St. James ran for Board of Supervisors in San Francisco. Here she is in 2001 on radio station “KALW” promoting her candidacy. Photo: John O’Hara / The Chronicle 1996 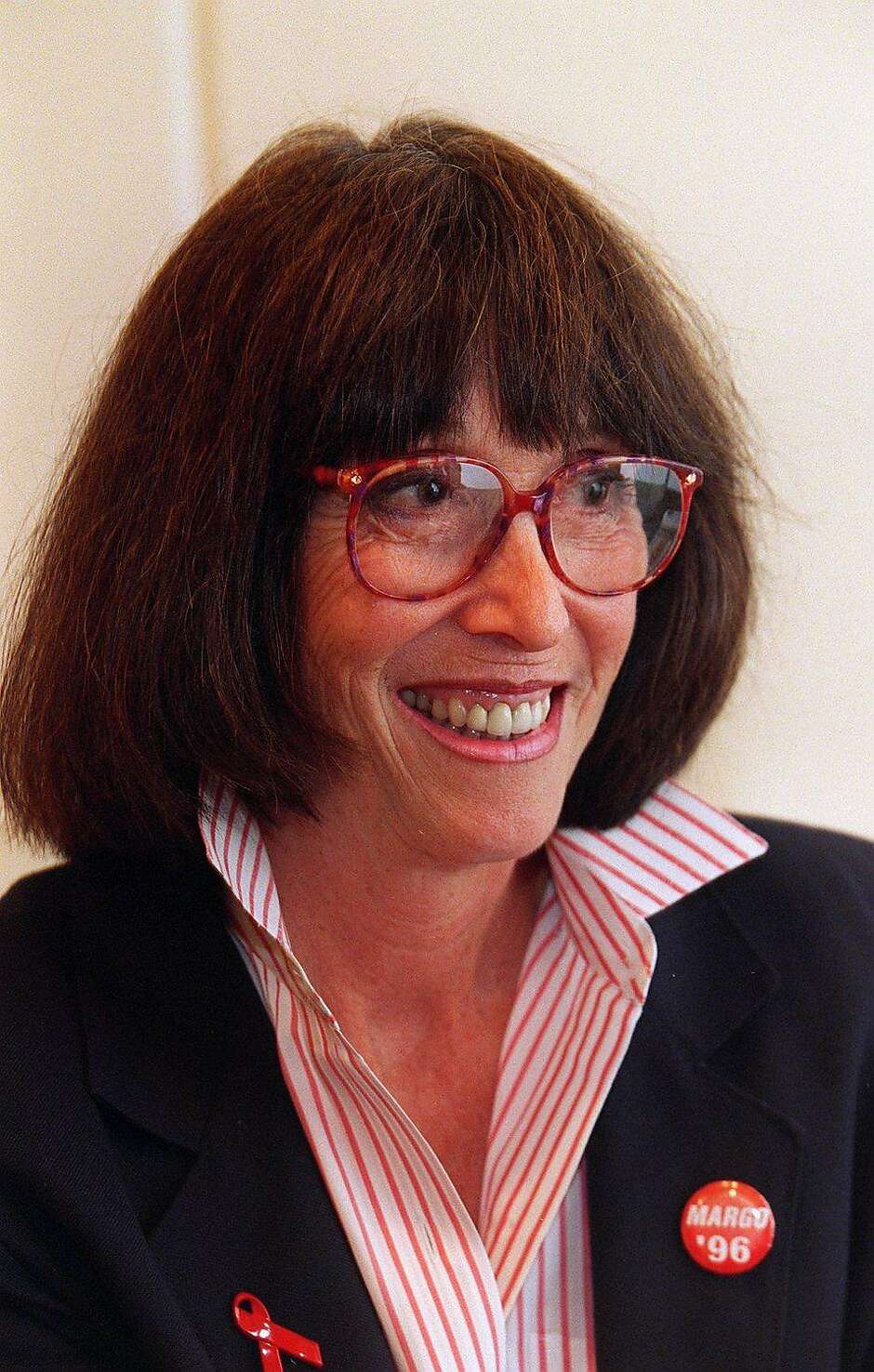 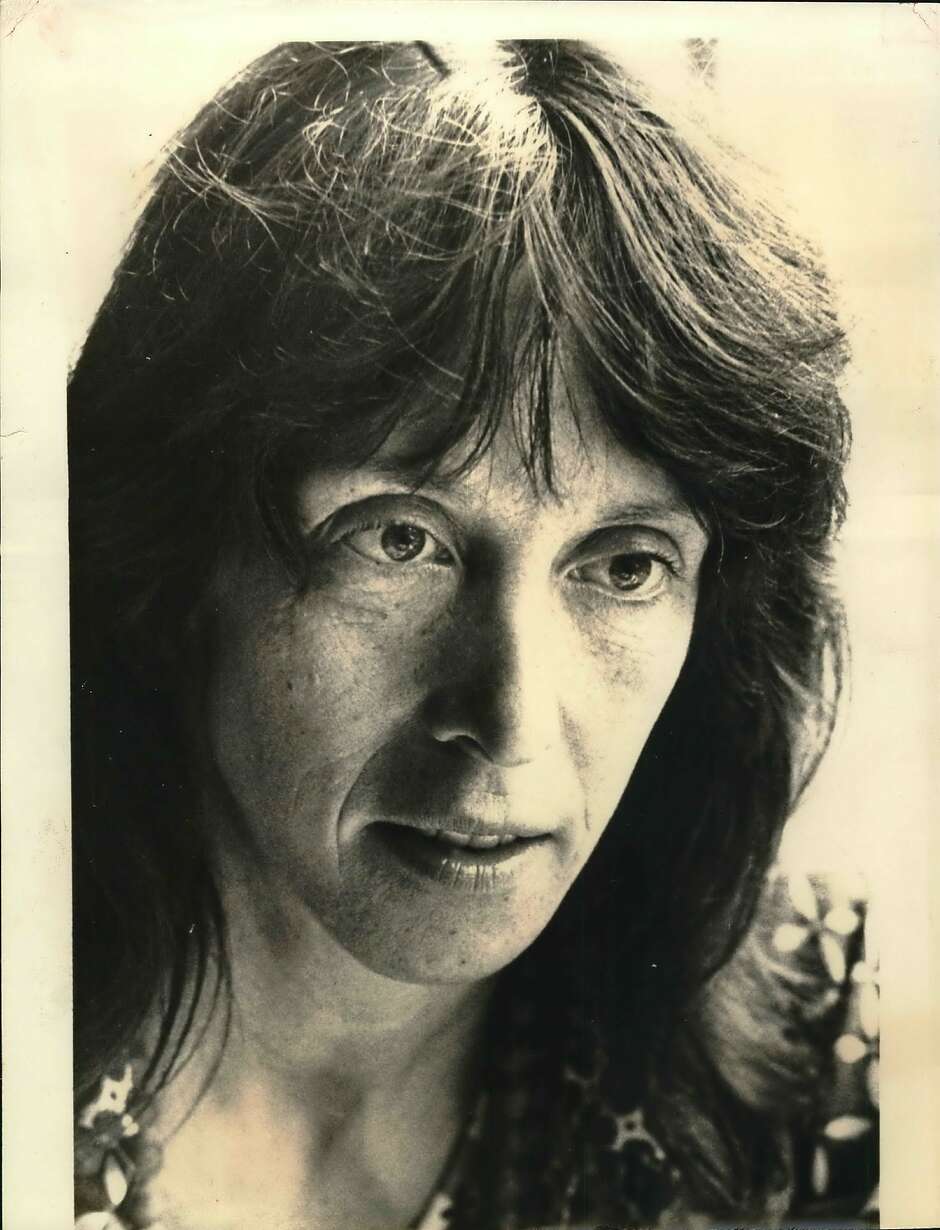 Margo St. James, who describes herself as an ex-hooker, is the self-styled champion of San Francisco’s prostitutes and the organizer of their union, COYOTE. Photo: Associated Press

Margo St. James, proud prostitute, union organizer for her trade, founder of the famed Hookers Ball to honor them and a flamboyant San Francisco character from back in the day when there were a lot more of them, has died at 83.

Best known for the creation of COYOTE, which stood for Call Off Your Old Tired Ethics, to fight for the rights of sex workers, St. James was also a social activist who helped start St. James Infirmary, an occupational health and safety clinic for sex workers, in the Tenderloin. Her death on Monday was later announced on the St. James website, and confirmed for The Chronicle by her sister, Claudette Sterk of Everson, Wash. St. James had been suffering from dementia for years and living in an assisted care facility in Bellingham, Wash., the city where she was born.

“Margo might be the single most important sexual liberationist and feminist revolutionary who ever slapped society upside its head,” said Santa Cruz journalist and longtime friend Susie Bright. “She was our combat soldier, field nurse and Joan of Arc.”

St. James had come to San Francisco in 1959 from Bellingham as an escaped housewife, mom and aspiring fine arts painter. Once she switched mediums, she became maybe the most prominent sex work advocate since Sally Stanford ran a bordello on Nob Hill.

“Margo only did the most idiosyncratic whoring,” said Bright. “But once she found the political kernel of what she was doing, she never shut up.”

Among the people she never shut up to were lecture audiences worldwide, various government commissions and national daytime TV hosts like Phil Donahue. She also never shut up in San Francisco, where she narrowly lost a campaign for a seat on the Board of Supervisors in 1996.

Articulate and engaging, she was always good for a publicity stunt. This included dressing in a nun’s habit and making out with a man on the street, and running for the Republican nomination for president in 1980.

“Margo was close to about a thousand people,” said Ron Turner, publisher of Last Gasp books and comics. “She was plainspoken and welcoming, but she took on extremely large adversaries, including just about every pastor in the country.” 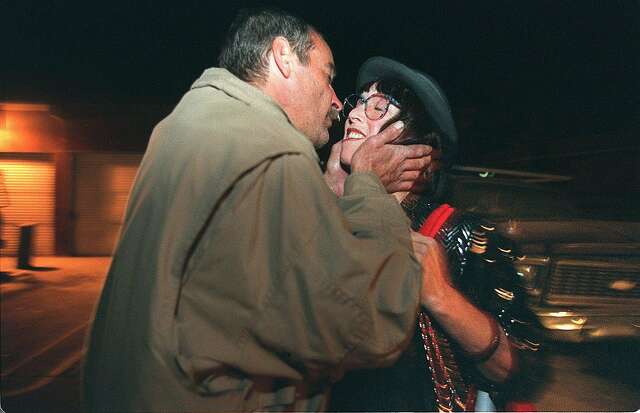 Margo St. James, former prostitute, gets a kiss from Robert McNie, a friend, on the way to her party to find out if she is voted as S.F. Supervisor. Photo: Deanne Fitzmaurice / The Chronicle 1996


Margaret Jean St. James was born Sept. 12, 1937, the oldest of three children to George and Dorothy St. James, who ran a dairy farm. Known as Peggy, St. James had so much excess energy that when she finished her farm chores, she would take off and run in the hills. While at Bellingham High School, she established herself as a realist painter. One of her works was entered in a New York contest and was chosen to hang in Carnegie Hall, said Sterk.

This artistic calling was derailed when she met Don Sobjack in high school. They were married shortly before their son, Don Jr., was born, which was one month after her high school graduation, Sterk said.

Sobjack was a commercial fisherman and St. James was a housewife, which lasted about two years. “She just realized that she was not cut out to be a mother,” Sterk said. “She was going insane, and she just left her son with his dad and came to San Francisco to pursue her art career.”

St. James was derailed from her artist calling a second time, when she had some of her canvases stolen and lost the rest in a fire on a pier where she kept her studio. Sometime in 1962, she was picked up in a sweep of prostitutes, “though she hadn’t actually done it yet,” Sterk said. But when the judge insisted she did, it set St. James on a whole new trajectory.

“What’s a nice girl like you … ?” was the usual reaction of men to my becoming a feminist as well as to my becoming a prostitute,” St. James wrote in a preface to her then-lover Gail Pheterson’s 1989 nonfiction treatise, “A Vindication of the Rights of Whores.” “The difference for me was that I chose to be a feminist, but I decided to work as a prostitute after being labeled officially by a misogynist judge in San Francisco at age twenty-five. I said in court, ‘Your Honor, I’ve never turned a trick in my life!’ He responded, ‘Anyone who knows the language is obviously a professional.’ ”

So she followed his advice and became one, though it has been debated as to how hard she worked at it. This led to the 1973 creation of COYOTE, which came out of a sister organization called WHO, which stood for “Whores, Housewives and Others,” the others being lesbians who had not yet come out. These included belly dancers, topless dancers and bottomless dancers, along with a supporting cadre of feminist and liberal intellectuals, politicians and even police.

Chronicle columnist Herb Caen was an obvious fan due to the copy generated, most prominently when COYOTE announced itself in the early 1970s and the first Hookers Ball was held in the meeting room at Glide Memorial Church in October 1974. In an on-site TV interview, St. James, wearing an eye mask, said, “My goal is the complete decriminalization of sex for human beings, even commercial sex. Just because we are getting paid for our time doesn’t mean we have to go to jail for it.”

“There were 100 or 200 people there,” said Turner, who attended. “People wore very little clothing but dressed very nicely with what they had on.”

The Hookers Ball became a standard event that moved on to the Civic Auditorium, an event cut short by a bomb scare that left all of the attendees standing out in the cold in their skimpy attire. At another Hookers Ball, at Maritime Hall, “Margo came out riding an elephant,” said Turner, who also once saw her at the Pride Parade dressed as a doctor, in white coat and mustache.

“That was Margo,” Turner said, “she always liked to make a big entrance.” [Women's Movement, Activism] Margo St. James collection, a group of pinback buttons (8) and COYOTE pass. Buttons measure 1.5-in to 2.25-in. Provenance: Margo St. James Collection. Margo St. James, Founded the organization C.O.Y.O.T.E. (Call Off Your Old Tired Ethics). COYOTE's records are archived at Harvard University, in the prestigious Arthur and Elizabeth Schlesinger Library . An American self-described prostitute and International activist on Prostitution sex workers rights. Headliner for the Famous "HOOKERS' MASQUERADE BALLS" in San Francisco. Ran for President of the United States, on the Republican ticket in 1980. Married to Paul Avery, Zodiac killer and Patti Hearst investigative journalist, in 1993 till his death. She was instrumental in founding the St. James Infirmary, a medical and social service organization serving sex workers in San Francisco. All net proceeds from the Margo St James Collection of auction items will go toward paying for her care and treatment of Alzheimer's.
https://www.lot-art.com/auction-lots/Womens-Movement-Coyote-Margo-St-James-Buttons/555-women_movemen...