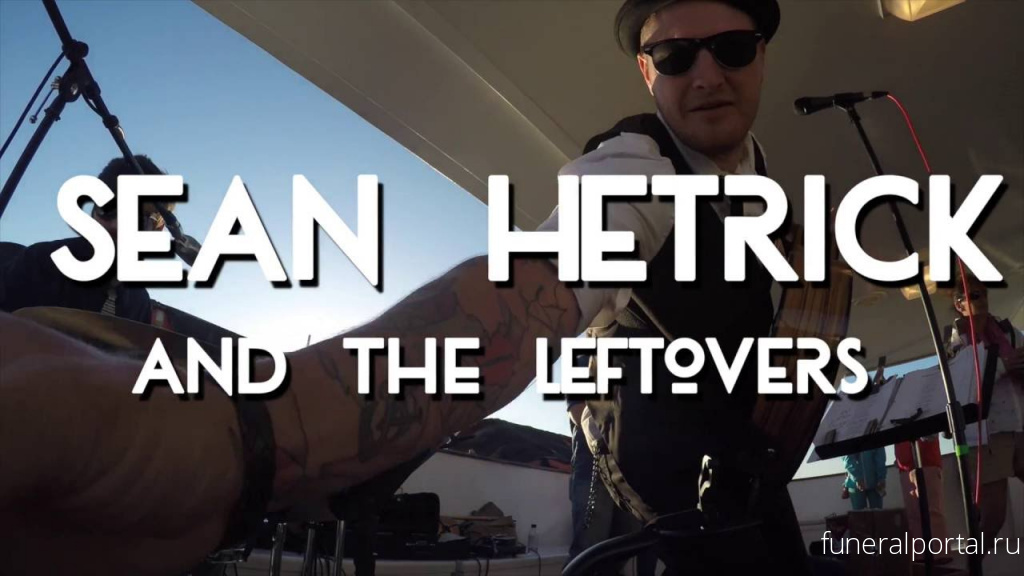 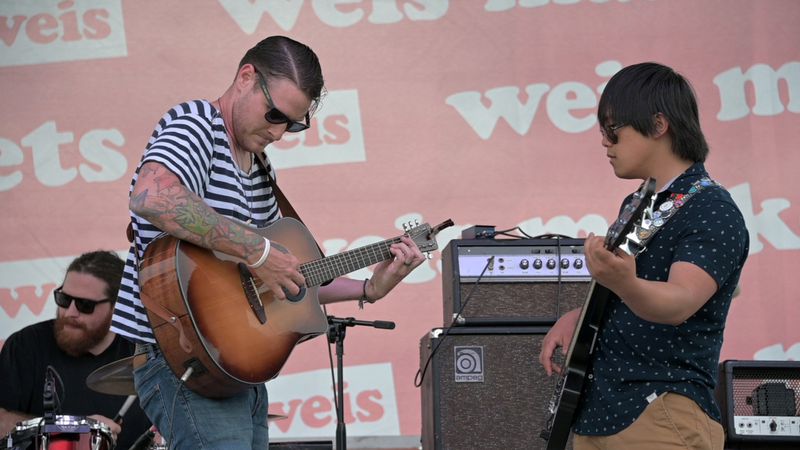 Sean Hetrick & the Leftovers perform during Preakness Festival, at the Howard County Fairgrounds in May 2019. After years of sobriety, and a recent six-month sober stretch, Hetrick died Monday of an overdose. He was 33. (Karl Merton Ferron / Baltimore Sun)


If Sean Hetrick’s hands weren’t tinkering with boat motors or laying floors in local restaurants, they were strumming a guitar or writing a lyric.

He didn’t brew in a creative storm, rather he’d ring out electric notes on the spot, even writing songs while on stage with only minutes left for soundcheck.

Hetrick, a popular local musician and lead singer of his band Sean Hetrick and The Leftovers, died Monday of an apparent overdose. After years of sobriety, and a recent six-month sober stretch, his death is one of an increasing number of relapses and overdoses in the recovery community. He was 33.

“He wanted to help others. If this is a wake-up call for other families and friends that are struggling with this, it’s real. It’s so real and it’s so painful,” said Michael Hughes, Hetrick’s father-in-law.

As the coronavirus pandemic reaches new heights, the nation’s opioid epidemic continues to rage in a dimmer spotlight. 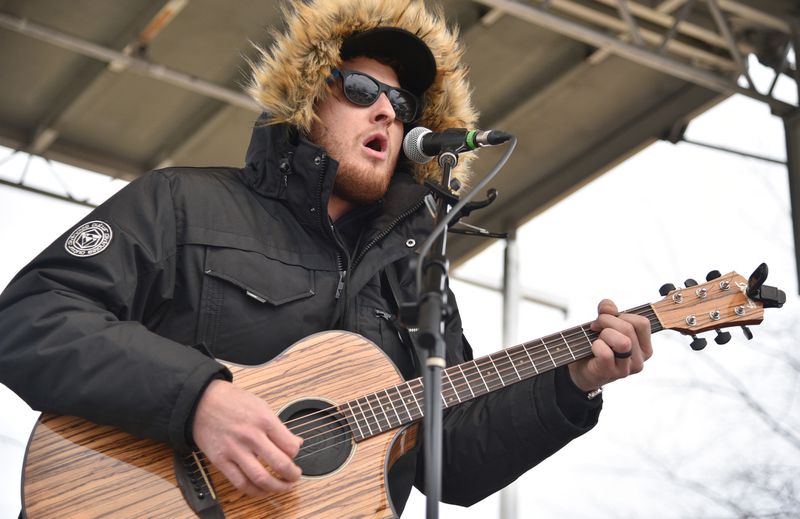 Musician Sean Hetrick performs with his band, Sean Hetrick and The Leftovers, during the Polar Bear Plunge in 2017. (By Matthew Cole / Capital Gazette)


Isolation and loss of employment can be particularly devastating for people in recovery or struggling with addiction and mental health issues. The pandemic caused many group recovery meetings to cancel or move online this spring. And uncertainty is prevalent during a time when jobs evaporated and personal health is at risk.

Born in Rota, Spain in 1987 to Jackie and Mark Hetrick, a senior chief in the Navy, Hetrick was a middle child between his older brother Craig and sister Katelyn. The family moved to Arnold in the early ’90s, where Hetrick showed an affinity for guitar at Belvedere Elementary.

Hetrick started playing blues as a teenager. His sound evolved as he did, from hardcore rock to stripped-down acoustic indie folk-rock. After his band Vista Saints, named after Mago Vista Road where he grew up, dissolved in 2015, Hetrick turned down offers to pursue a solo career and compiled a new band with childhood friends.

All floating between bands, the “leftover members” in need of a group launched Sean Hetrick and The Leftovers during an impromptu show at Harvest on West Street. The core band includes Dan Sadler on drums, Brad Dauer on fiddle and Jimmy Mumper on upright bass, although nearly 13 “leftover” artists have filled in for different gigs.

The band became a town favorite and a staple of the Annapolis music scene, playing at Rams Head on Stage and music festivals like Eastport a Rockin’. Sean Hetrick and The Leftovers toured nationally and Hetrick released a new solo EP this year called “Human Condition.” He also played a weekly Wednesday night gig at Reynolds Tavern and 1747 Pub.

“People thought he was born a few decades late with that old ’60s/’70s soulful approach with how he would write songs,” Sadler said. “He was fearless in the regards of throwing himself out there. Because he wrote very truthfully. A lot of stuff was about overcoming addiction and his flaws.”

Hetrick met his wife, Ally Hughes, while in recovery for opioid and alcohol addiction in 2013. After receiving treatment at Samaritan House in Annapolis, Hetrick continued to be an active member of the recovery community, mentoring men at Samaritan House and performing at open houses for the rehab center.

After coming out of rehab, he wrote the song “How Did I Get Here,” in 2016 about conquering his demons and turning his life around.

“I got a beautiful wife, we made a couple of kids, we live a happy life,” Hetrick sings in the song.

Although the band had concerts scheduled for the future, Hetrick worried about canceled shows and stressed about providing for his family. And for someone who is always on the go, the inability to leave quarantine or perform for others wore on him.

“The isolation due to COVID-19, that’s maybe the primary impact I think it’s had in the addictions world,” said Mike Goldfaden, executive director of Samaritan House.

Goldfaden said, on average, about two people a month relapses and must leave the 30-person rehab home. Between July and August, around 10 people in Samaritan House relapsed.

“I would encourage people to reach out, sometimes reaching out can be the difference between, not to sound dramatic, but life and death for somebody,” Goldfaden said.

Hetrick was readmitted to the rehab center earlier this year, where he would practice for hours in the home’s basement and teach other residents how to play chords. He just celebrated six months sober in November.

A certain melody plucked out his head and played in real life would fill Hetrick with joy, Sadler said. Hetrick would radiate that feeling to those who surrounded him, attracting friends and fans who stuck around for the comfort of his kindness and positivity.

“We would lay in bed with gratitude of where we had come from and what we had accomplished,” Ally Hughes Hetrick said. “Not many people can say their career is their passion and live their dreams.”

Hetrick worked tirelessly on his craft and always made time to jam with friends. He cherished his son Kaiden, 11, and daughter Colette, 4. Not one to shy away from vulnerability, Hetrick ended every gig and every conversation with the same phrase of gratitude: Thank you. I love you.

It’s the same phrase he told his father-in-law after helping him string holiday lights around his Eastport business on Monday. 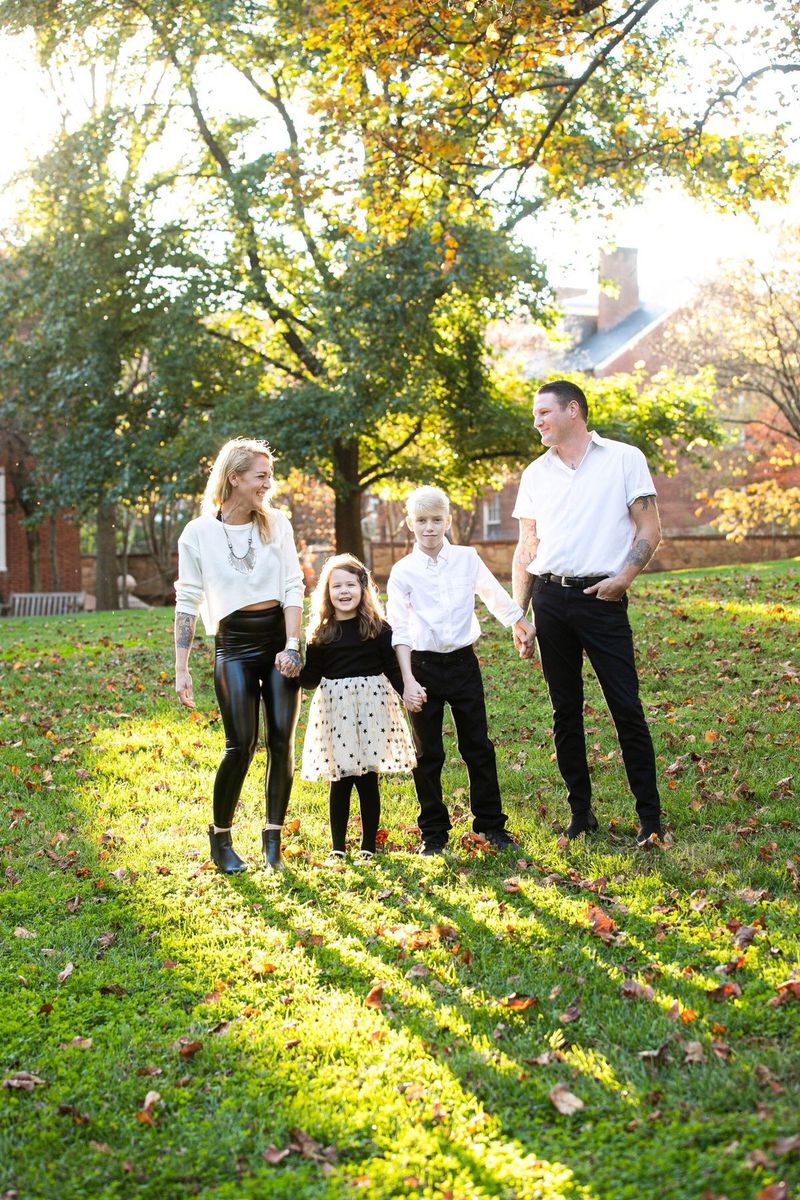 Sean Hetrick, a popular local musician, was dedicated to his wife Ally and their children, son Kaiden, 11, and daughter Colette, 4. (Sean Hetrick / HANDOUT)


Lilly Price joined the Capital Gazette in 2019 and is a general assignment reporter. Previously, she was a national news intern at the USA Today and a capitol reporting intern at the Milwaukee Journal-Sentinel. A graduate of the University of Wisconsin, she is a native of Montgomery County, Maryland. 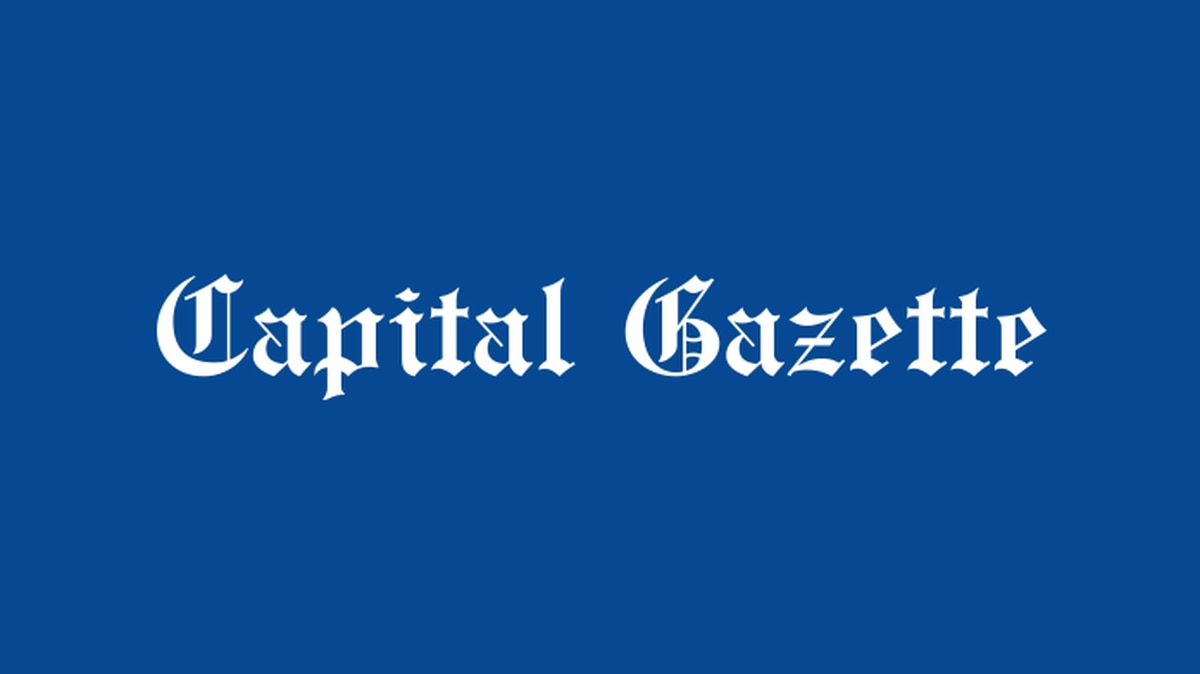