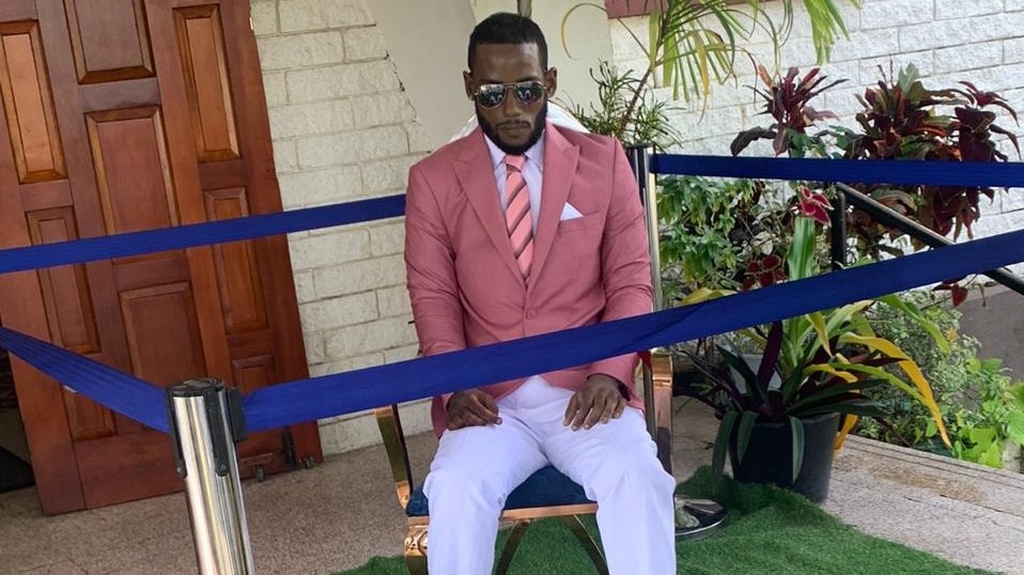 
The tagline at Dennie’s Funeral Home is “Every life is unique therefore, every funeral should be unique.”

For Cochese Tyler Dennie, managing director of the three-year-old funeral home based in Belmont, Trinidad, that tagline inspires him to push the envelope when it comes to how they treat the dead.

On Wednesday, Dennie’s threw T&T and the funeral industry into a stir when they positioned a corpse in a seated position on a chair in the church.

The corpse was that of Che Lewis who was murdered on November 14 with his father Adlay Lewis.

Both men were laid to rest yesterday.

However, while the elder Lewis was transported via a casket by another funeral home to the church in Diego Martin, the body of the son was seated in a chair in a cordoned-off area just outside the main doors of the church. 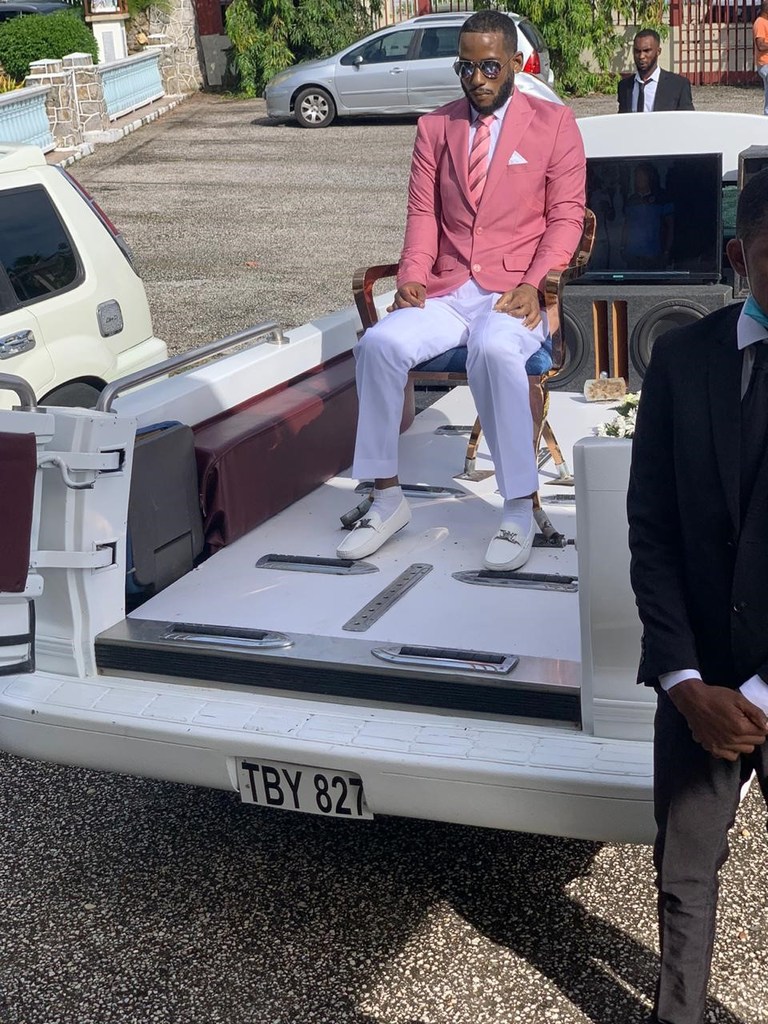 Photos of the seated corpse being transported from Belmont to the church in the back of a hearse designed as a van also had a lot of tongues wagging all over social media.

The body was later placed in a casket for burial.

“The family requested it but it was something we had on our bucket list to do so when the request came it wasn’t foreign to us because we are aware of funerals like that abroad,” said Dennie, referring to Puerto Rico where the modern trend, known as extreme embalming, is said to have first appeared in 2008 as a more celebratory send-off.

He told Loop News that embalming the body to get it in a seated position was not as challenging as they expected.

“I was surprised, we embalmed him over a period of two days and he was set like that,” he said, explaining that getting the body into the coffin was not difficult since joints are difficult to embalm and there is free movement at the knees.

He said the body was embalmed with a combination of arterial embalming and hypo injectors.

“We had him by us for three days to monitor how he was doing in the chair before we took it public,” he said.

Dennie, who runs the funeral home with his three brothers, said while the public was disgruntled with the unorthodox treatment of the body, the reaction was useful in terms of feedback on the practice as it is their intention to continue to do things creatively.

“We will bring the body home or wherever. An elderly man called and said he is a card player so when he dies he wants the body in his favourite bar playing cards,” Dennie revealed.

Commenting on the public criticism and condemnation, Dennie said they are simply showcasing their talent.

“Instead of criticising, people should say hey, this is the amount of talent in Trinidad and Tobago and maximise on it. This is a lucrative business but we don’t have an accredited programme for funeral directors and embalming here. I think we should look at the bigger aspect of it,” he said, noting that they garnered international recognition from people abroad including Millennial Morticians in the United States.

The 24-year-old said in the next ten years, they plan to revolutionise the funeral industry in T&T with ground-breaking innovations and inventions. Among their plans is a cremation method called Aquamation or Alkaline Hydrosis, in which the body is dissolved in water and a solution of sodium hydroxide and potassium hydroxide.

Dennie said the method is environmentally safe as there are no smoke emissions and the ashes are pure and uncontaminated.

Stating that he is passionate about his profession, Dennie said: “The first three letters of the word funeral spells fun. My next big move would be to have someone walk in the church at their own funeral.” PM: Funerals will be allowed to have gatherings of 10  http://www.looptt.com/content/pm-funerals-will-be-allowed-have-gatherings-10