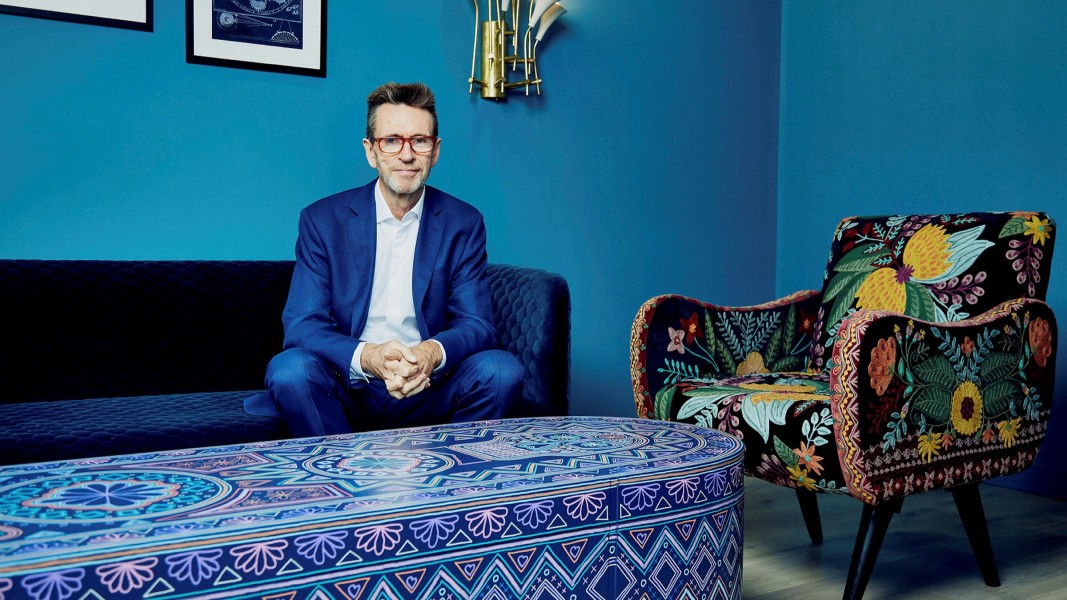 
A trend is emerging for more eco-friendly, high-tech and life-affirming memorials


Death is a class act. Memorials have reflected power and wealth for millennia and across human cultures, from the pyramids and professional mourners of ancient Egypt to the elaborate mausoleums of Père Lachaise cemetery in Paris. When people are important in life, elaborate monuments are displays of status as much as expressions of grief.

In the 20th century, the grandest memorials in the western world ­— and particularly across Christian denominations — tended to stick to standard, neo-Victorian paraphernalia: headstones, tombstones, urns and plaques to mark a burial or cremated remains.

But in the 21st century, and during a pandemic, how the wealthy memorialise themselves and their families is changing, propelled by environmental concerns, a decline in religious observance and a culture of consumer choice, according to the people and businesses that provide imaginative and alternative ways to mark human life. The emphasis is also shifting from the physical construction to the experience, at least for the mourners left behind. Memorials are still elaborate but in a very different way.

“Wealthy people have always spent more on dying,” says Kevin Toolis, author of Nine Rules to Conquer Death (a semi-ironic title for a thoughtful meditation on embracing mortality). “What has happened over the past 100 years, what I call the ‘western death machine’ has handed control of the memorial process to the state and its intermediaries [undertakers, morgues and so on]. Some people have had some contact with that machine, and now want to reassert their individuality.

“They want to be treated as individuals, and reassert control in a very human fashion, particularly if you are a person of wealth and substance who has always been able to pick and choose in life.”

Anna Winston, a design researcher who is writing a book about modern memorialisation, says: “There is definitely a new way for death. People are looking for new rituals, and a lot of the projects are about reconnecting with the earth. Green burials have become increasingly popular, for example, and environmental awareness and a sense of responsibility is replacing [ideas of] heaven and hell.”

For those who were heavy carbon users in life, an ecological memorial is becoming a way to atone, says Winston. While a traditional burial produces about 110kg of carbon, a “green” burial sequesters 11kg, according to the US Green Burial Council.

In 2020, the coronavirus pandemic has made people, particularly in the west, even more afraid of death, exacerbated by the fear of dying alone, and with bodies regarded as biologically contaminated, says Toolis.

But however it is done, their memorialisation remains a ritual for the living. “The most important thing should be the coming together of the community to teach the succeeding generation about death. That is the purpose of rites,” Toolis adds.

Here, four people at the forefront of the new memorialisation explain their individual approach to keeping memories of the dead very much alive. 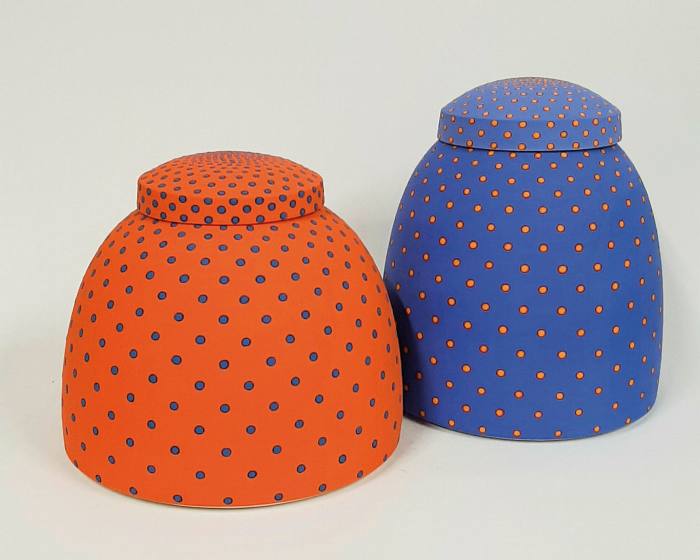 
Peyton (main image, top), better known as a restaurateur and television cookery show judge, last year founded Exit Here in the smart London suburb of Chiswick. Like his hospitality ventures — 1990s London glamour spots such as the Atlantic Bar & Grill and Coast — it is an upmarket business. But what he bills as “a new kind of funeral director” is also an attempt to rethink the business of undertaking, with its darkened offices, quiet formality and neo-gothic paraphernalia.

In their place are bright and white minimalism, bespoke care in the form of end-of-life doulas (a person to offer guidance and support), “Bitter Pill” cremation urns in the shape of pharmaceutical pills, Cadillacs, and wakes as celebrations. “We try to do funerals differently,” says Peyton. “I can’t get my head around the negativity of funerals. There is grief and sadness, of course, but they are still part of life.”


You may be able to afford to build a mausoleum, but where? There is no space left in cities Oliver Peyton


Peyton set up the company after being struck by a limited choice of funeral director services when his father died. When he started the business, he was organising “life-affirming funerals” for up to 500 people with guests flying in from abroad, although the pandemic has forced his clients to organise smaller affairs, in line with rules on social gatherings.

The Exit Here service extends to “building a community” around death, which Peyton hopes will replace some of the role of the clergy for families who are not religious. For example, before the pandemic he hosted weekly informal meetings at the Chiswick premises for bereaved families to meet and console one another.

His wealthiest clients want eco-burials and bespoke headstones “like works of art”. “You may be able to afford to build a mausoleum, but where? There is no physical space left in cities,” says Peyton.

Some come to plan their own funerals, he says — they are “comfortable” with the fact that they are going to die, and planning, he thinks, helps them to live their lives well.

“We have to mourn — it’s a natural process,” says Peyton. “People say I’m disrupting, but funerals are completely normal. We just treat people with respect, and are in tune with the way people live their lives.


Stair, an English potter, has exhibited his work all over the world; his ceramics can be found in the collections of major museums, including the Victoria and Albert in London and the Museum of Arts and Design in New York. At his London studio, he also produces bespoke cinerary jars for human ashes, with prices starting at £4,500. Occasionally, he incorporates a portion of the ash into the porcelain clay to form a speckled, textured surface.

The jars, he says, are an artistic response to his own experience of death, rather than a commercial enterprise: a range is not available to purchase, each is individually designed. “It is a way to engage with ideas,” he says. “To open up the haptical and optical experience.” Samples will be on show next year at the Corvi-Mora gallery in London.

It is for people who want to come to terms in a personal way . . . Art can mediate death Julian Stair

Some of his clients bury the jars as part of an interring ritual; others keep them at home as decorative objects. Stair became interested in cinerary jars after losing members of his own family: “I have experienced death over five generations — death is not just a product of older age.

“It is a powerful event in life and a rite of passage, so it was an artistic and philosophical response. A conceptual line of artistic inquiry, but of course it has a use. Pots have been significant throughout human culture.” He points out that bone china was originally developed to a formulation with human bone ash by Josiah Spode in the late 18th century.

Stair has been commissioned by friends, by people at the end of their lives, by people in mourning, even by parents who have miscarried. “Grief is so powerful that some kind of material helps to ground and to come to terms and process a range of complicated feelings,” he says. “It is for people who want to come to terms in a personal way.

“We talk of containers as vessels, and a body containing a soul. Art can mediate death.” 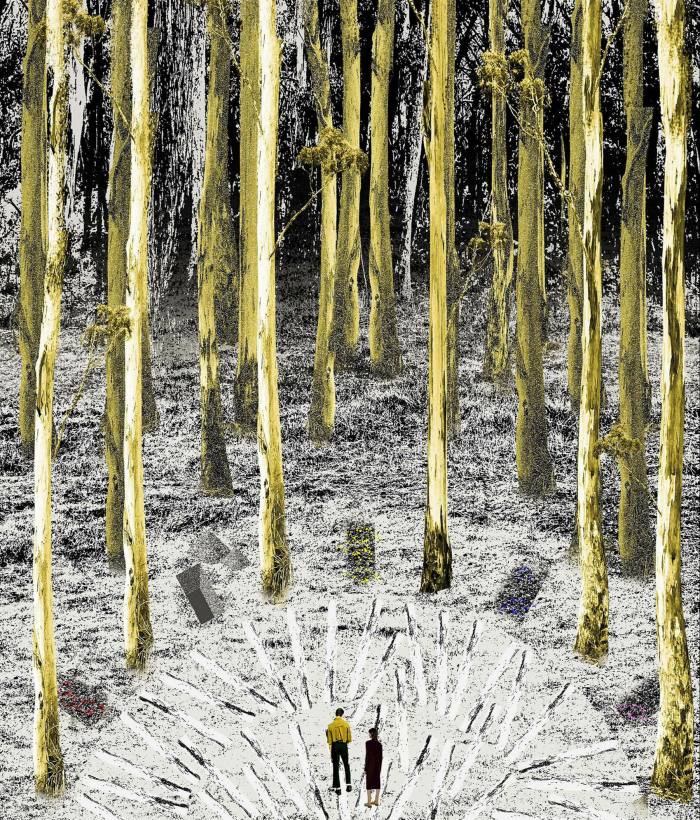 Neustein, whose practice is based in Sydney, Australia, specialises in what he calls “the architecture of death”. He has worked on a A$50m ($35m) master plan for reimagining the city’s grand metropolitan cemeteries, and a conceptual project called the Burial Belt. This reimagines burial grounds as huge green expanses of land surrounding cities, an alternative to what Neustein calls Australia’s “generic, appallingly bland” modern cemeteries.

He believes that, after “100 years of inaction”, westerners are on the cusp of a new era of memorialisation, driven by ecology, technology and the Covid era. “This new distancing from death, people dying and being buried without visitors, has reinforced how much we want to be part of it,” he says.

His Burial Belt, which was exhibited at the Oslo Architecture Triennale in 2019, is, he says, “not entirely realistic”. Rather it is ambitious, envisioning a gradual acquisition of land on the fringes of cities to create green landscapes for natural burials, with plots “planted” in the earth with native vegetation to encourage reforestation. Neustein imagines, for example, the former chief executive of an extraction company, or the frequent flyer, making carbon-offsetting amends in death by purchasing an entire forest in their memory.

He is also thinking about ways to enhance his ideas with technology. For example, GPS could be added to each grave to guide mourners from the gates to plots. They could use smartphones and augmented reality to view a virtual memorial (rather than a physical gravestone) designed by the deceased, as well as sound and video files to bring them back to life, at least virtually. “It’s the opposite of standing at a grave with text engraved on it,” he says.

“If you want a 30m-tall obelisk you could have one, because no one else could see it.”

Such projects may sound far-fetched, but Neustein says they are already happening on social media sites, as the accounts of the dead live on. “In the west, when generations come and go, they leave monuments, and they are always a form of programming for the next generation.”


Mounds, or barrows as they are sometimes known, are one of the oldest forms of monuments: leaders all over the world were buried in earthworks from prehistoric times to the Romans and Saxons.

But Angel, who is co-founder of Sacred Stones, a company that offers a contemporary version — interment of ashes in modern burial mounds — says describing the practice as “neolithic” misses the point. Rather, it is about “administering a sense of place, where people can come together at one of life’s most challenging rituals”.

His secular barrows at two private sites in the English countryside in Cambridgeshire and Shropshire, are closer to small chapels than chilly excavations, with vaulted brick ceilings, individual niches and spaces for live music. Another eight sites are planned across the country.

Mourners lease rather than buy a space for remains, and niches can hold more than one set of remains, at a cost of up to £7,000 for a 99-year lease (personalised niche doors by a stained-glass artist are extra). The company will also build private barrows for single families, with current projects at early stages, and has been invited to build its structures in the US and Canada. 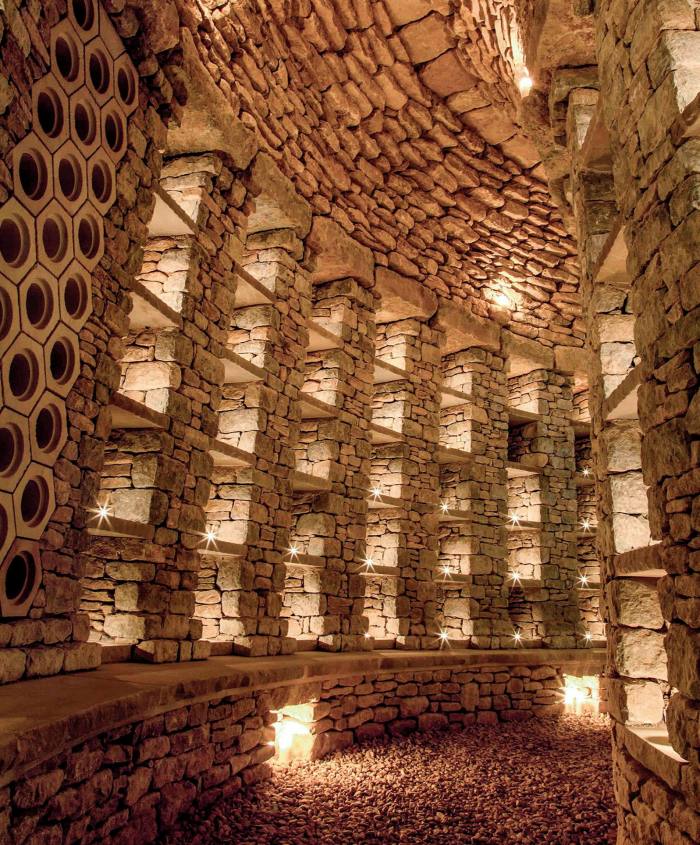 
They are, says Angel, particularly popular with humanists, drawn to the plain interiors, and older people. “Symbolism is all dominant in a church,” he points out.

“Crematoriums can be very functional places,” he says, with their strict time slots. The barrows are hidden structures covered in earth, and the event spaces can be reserved for hours at a time — all day, if mourners wish, for more elaborate events and celebrations.

Unlike their neolithic, Roman and Saxon counterparts, leases for Angel’s barrows are bought for up to 99 years. While that may seem relatively short, he points out that these are similar terms to most cemeteries.

Most of Angel’s clients are in what he describes as “pre-need” — people who want to organise their own funeral. “Covid has put the end of life at the forefront of minds,” he says. This article is part of FT Wealth, a section providing in-depth coverage of philanthropy, entrepreneurs, family offices, as well as alternative and impact investment