For 18 months, the revered art restorer brightened and touched up the 16th century work ‘The Assumption of the Virgin.’ He worked on the frame for another six months. 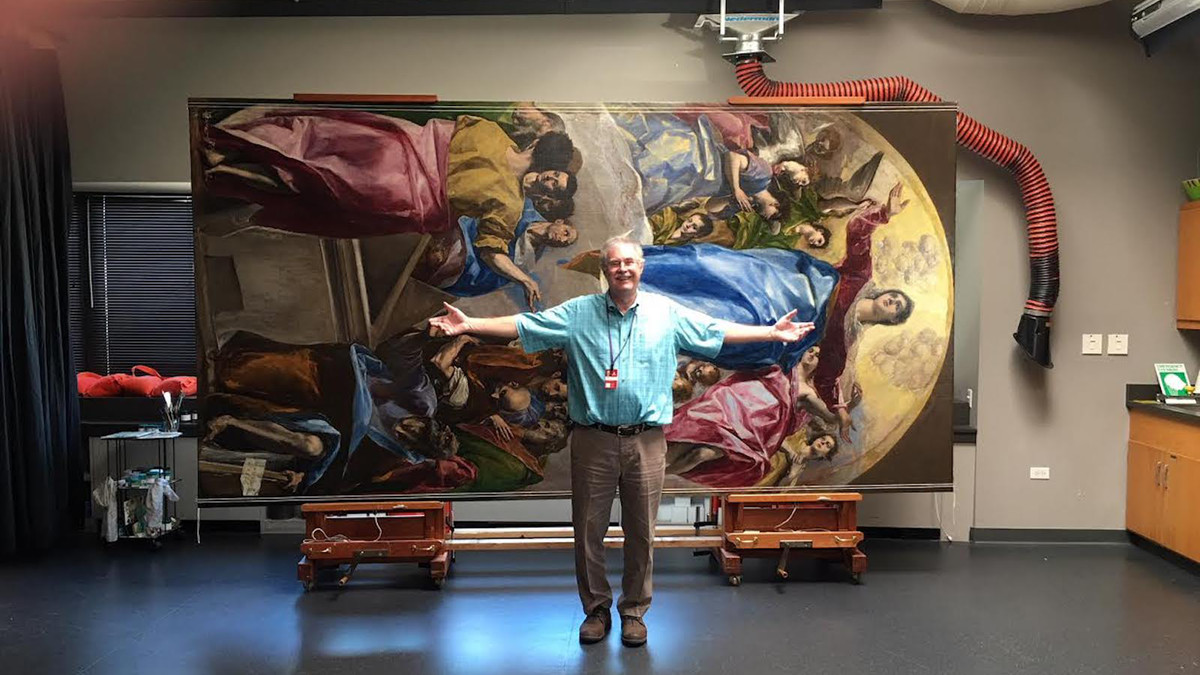 Conservator Frank Zuccari and “The Assumption of the Virgin,” a painting by El Greco that he worked for more than two years to restore. Fred Schneider


The jumbo-sized El Greco painting, dull with age, had come to look as if it were encased in a thick layer of amber resin. Then, Frank Zuccari turned his attention to it.

Using tiny, sable brushes, hand-rolled cotton swabs and a magnifier headband, he applied feather strokes to remove the varnish in the first restoration in more than a century of the 13-feet-tall canvas at the Art Institute of Chicago.

For 18 painstaking months, he brightened and touched up the 16th century work. Then, for another six months, he helped work on the frame.

When other museum staffers saw the progress on “The Assumption of the Virgin,” they gasped at its new glow, said Francesca Casadio, the museum’s director of conservation and science.

After Mr. Zuccari finished his work on “The Assumption of the Virgin” in 2018, “The painting was transformed,” Casadio said. “You get a sense of her upper body torquing. You almost have a sense of this levitation into the sky. That was flattened, with the old varnish.”

James Rondeau, the museum’s president, called it “a revelatory treatment.”

Mr. Zuccari, a third-generation art restorer revered at major museums worldwide for his work on Old Masters, died of bile-duct cancer last month at his Chicago home. He was 70. 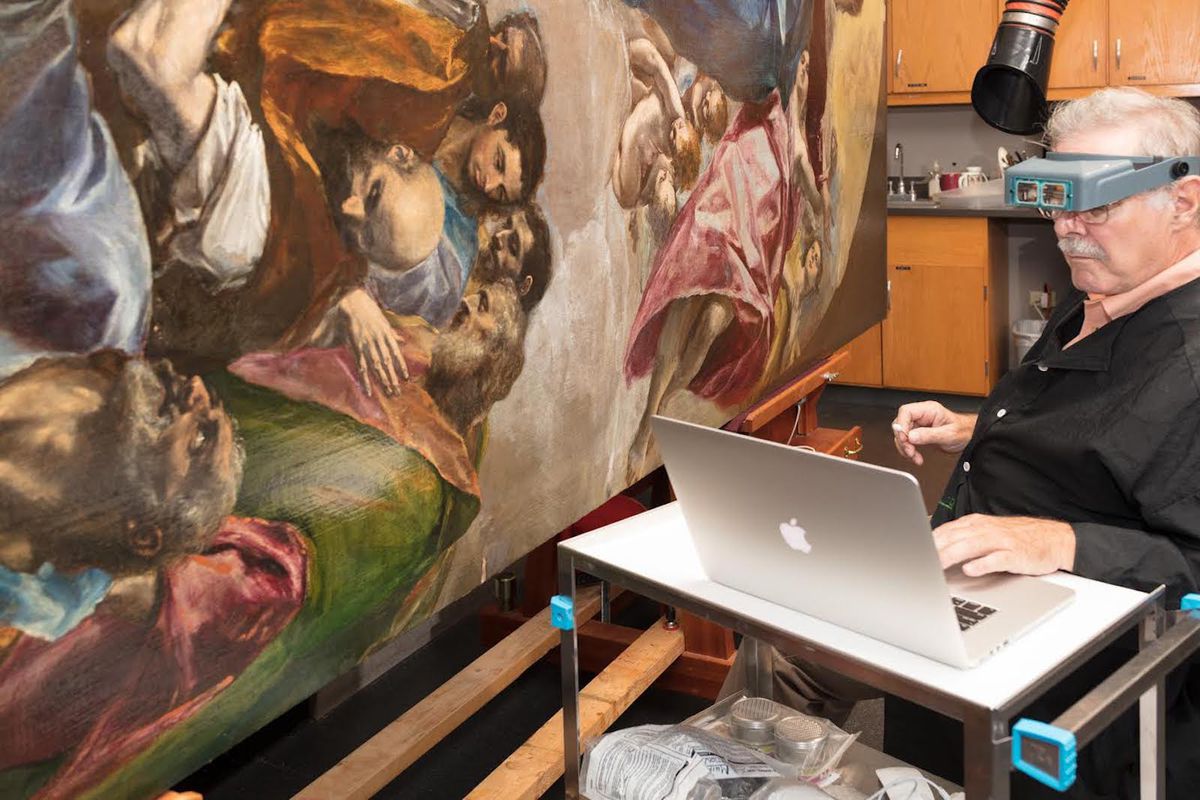 “He went exactly the way he wanted — in his own bed, looking at the paintings he loved,” said Maureen King, his longtime companion.

Several months ago, after a cancer treatment, they were driving up Lake Shore Drive.

“It was a somewhat overcast day, and he looked at Lake Michigan and said, ‘Manet used that shade of blue-green for his seas a lot,’ ” King said. “I started crying because I realized I’d never have anybody who would point things out and see things that way.”

In 1986, Mr. Zuccari came to the Art Institute as a senior conservator. He rose to become head of the conservation department in 1993. The El Greco was his last major restoration before his retirement in 2018.

He brought science to the process, Casadio said, expanding the restoration toolbox to include X-rays and infrared and ultraviolet images of the art.

“Frank’s time at the Art Institute was very significant in terms of raising the level of the appearance of the painting collection,” said Faye Wrubel, a retired Art Institute conservator who restored masterpieces including Van Gogh’s “The Bedroom” and Caillebotte’s “Paris Street; Rainy Day.”

Former colleagues said Mr. Zuccari combined the skills of a detective with intuition.

“You have to put yourself into the makeup of the picture and imagine how it is done — and work backwards,” Wrubel said.

“A good conservator has an ability to connect with the artist who did the work in almost a visceral way,” Casadio said.

About 25 years ago, while cleaning a painting, Mr. Zuccari and then-curator Larry Feinberg began to suspect a work attributed to a student of 18th century French artist Antoine Watteau actually was by Watteau himself, Wrubel said.

“He studied it and researched it and found similar drawings,” she said.

“He was known and acknowledged and respected throughout the major institutions worldwide,” Wrubel said, including the Van Gogh Museum in Amsterdam, the Louvre and the Musee d’Orsay in Paris and the National Gallery in London.

He worked on Art Institute masterpieces including Seurat’s “A Sunday on La Grande Jatte,” Manet’s “Jesus Mocked by the Soldiers” and Zurburan’s “The Crucifixion.”

He transported art on courier trips to cities such as Athens, Helsinki and Italy, sometimes traveling by cargo plane to make sure the canvases were protected.

Mr. Zuccari was born in Rome and immigrated to America at 7 with his parents Bianca and Nello. His maternal grandfather Paul Moro was a painter.

In his teens, when his family lived in Briarcliff Manor, a New York City suburb, he’d head to Manhattan on weekends with his uncles, Frances and Thomas, to work on art restorations at the family studio, Paul Moro Inc.

“Our uncles took him to museums and auctions and really introduced him to paintings,” said his sister Christina Zuccari, a restorer who operates Moro Studio Inc. in Long Island City, New York.

Every other year or so, his father — a banker who handled Italian business for Bank of America — would take the family back to Rome. They’d stay for a month and travel the country, young Frank absorbing the art all around him.

After Colgate University, he studied in Cooperstown, N.Y., at the State University of New York at one of the nation’s first art conservation programs.

“He combined old-world techniques and knowledge he had learned from his uncles, working summers in the [family] business, and was able to go to graduate school and learn brand new teachings and learn all the science,” King said.

He worked at the Metropolitan Museum of Art in New York, Boston’s Museum of Fine Arts and the Kimbell Art Museum in Fort Worth, Texas, before coming to work for the Art Institute.

King said she met him when she was working in the Art Institute’s communications department. She said that, walking in to the conservation studio, “Seeing this head poking behind an easel, I just remember these alert, amused, intelligent eyes.”

Mr. Zuccari was generous with praise for co-workers.

“He never pushed himself forward,” Wrubel said. “One of the last conversations we had, he said to me, ‘You know, Faye, I recognize that not everybody was able to have the same skill level, but each person brought something special to our department.’ He recognized that special talent in each individual and gave them room to develop their skills.”

Mr. Zuccari played a role in the construction of the museum’s Modern Wing, consulting on temperature, humidity and sunlight protection.

“He was on 24-hour call,” said photographer Tom Cinoman, a friend. “If there was a leak on the roof or the skylight and something happened to the paintings, he had to be on call.”

And even though Mr. Zuccari worked on masterpieces, Cinoman said friends knew they could count on him for help with something as mundane as picking the right paint colors for their walls.

They traveled to Ireland and France with her son Alex, whom he helped raise. They toured Monet’s garden in Giverny.

“He made us go to the intersection” that Caillebotte featured in “Paris Street; Rainy Day,” King said. “He and Alex posed like the painting.” 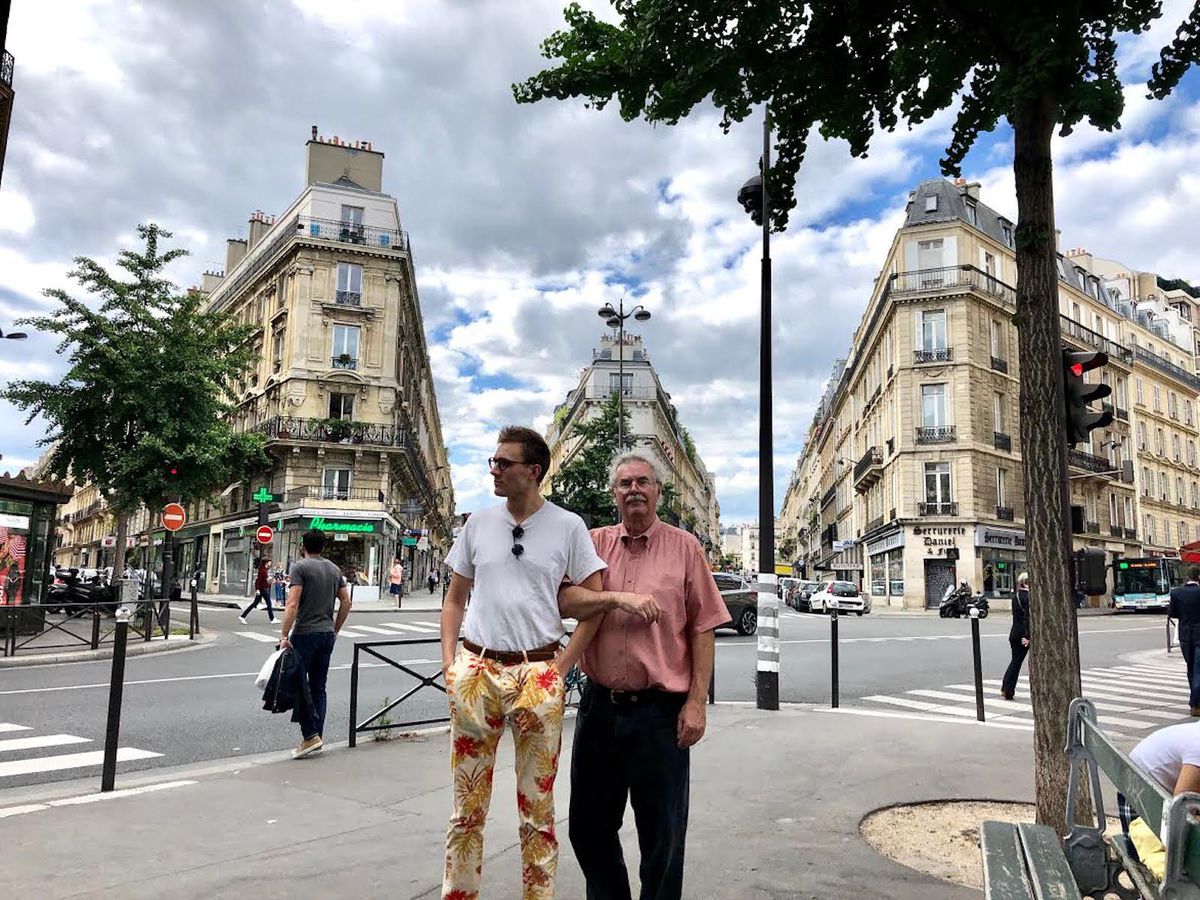 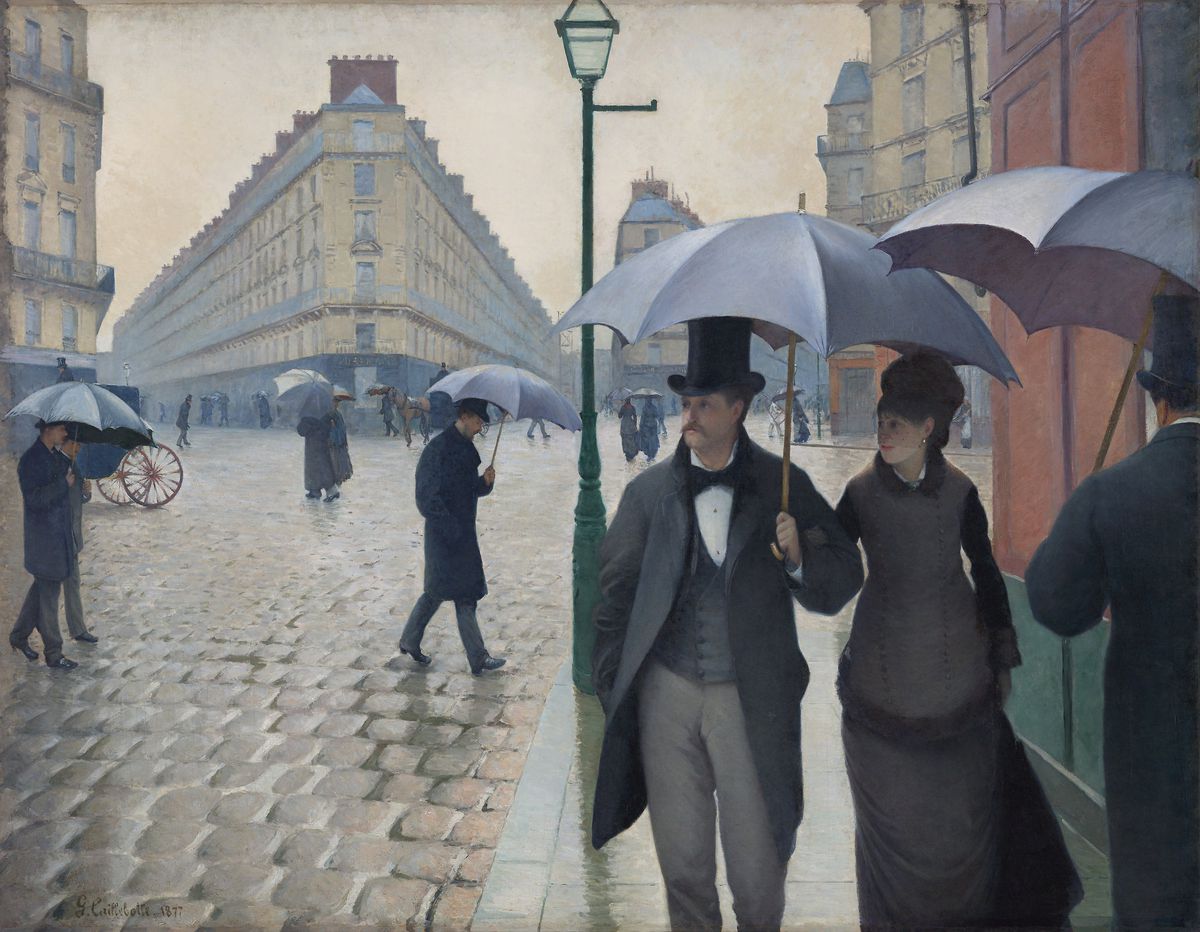 
As a boy, “When all the other kids were going to water parks, I was with him bidding at auction houses,” Alex King said.

In addition to the Kings and his sister Christina, Mr. Zuccari is survived by another sister, Paula Zuccari-Correlli.

When the pandemic abates and it’s safe to gather again, King said she plans to organize a celebration of his life. Mr. Zuccari wasn’t concerned about the details, telling her: “If there’s Willie Nelson and whiskey, it’ll be OK.”

For his last birthday, Mr. Zuccari asked Alex King to write him a poem. It ended with these lines:

I will be here with you

through every step of this excruciating process

and you will be with me

no matter how many layers and

varnishes are applied over the coming years,

you will always be at the foundation of it all. 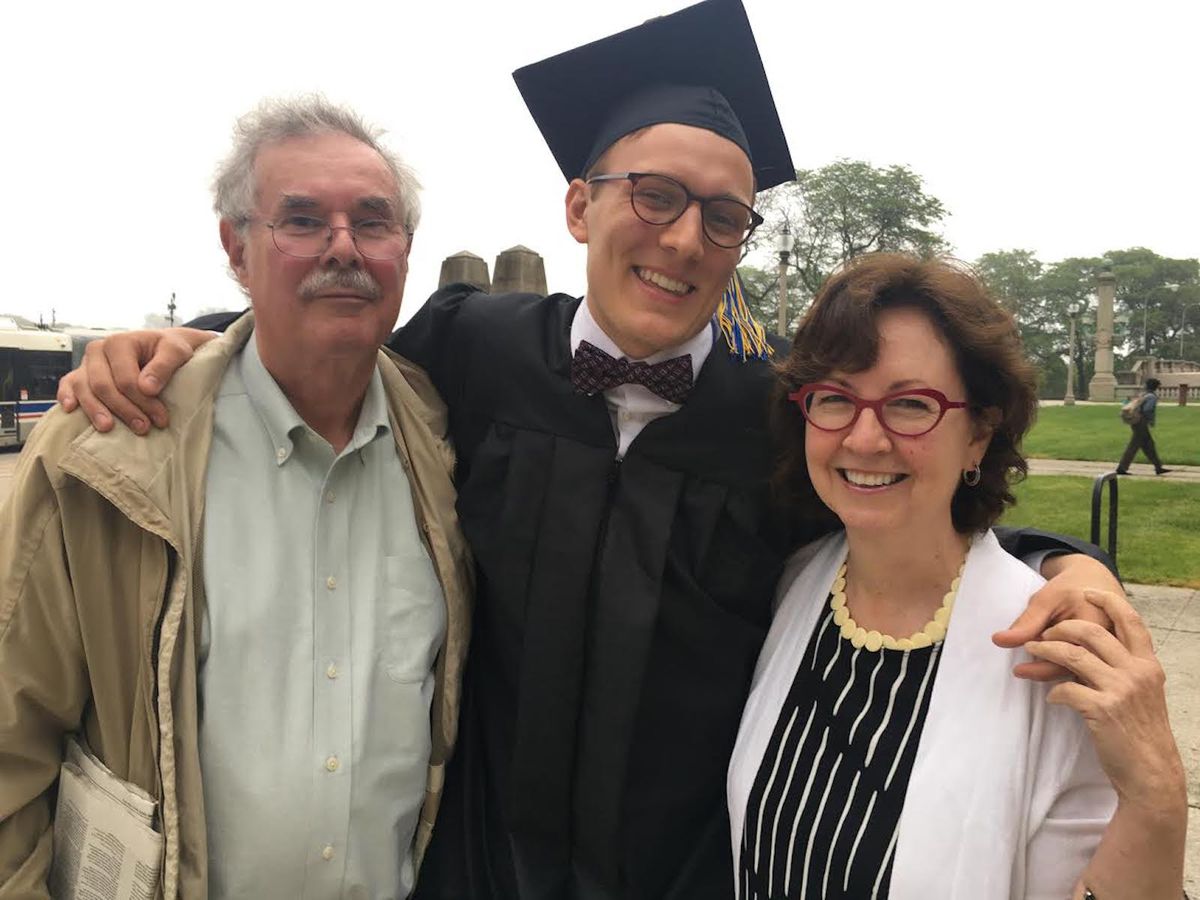 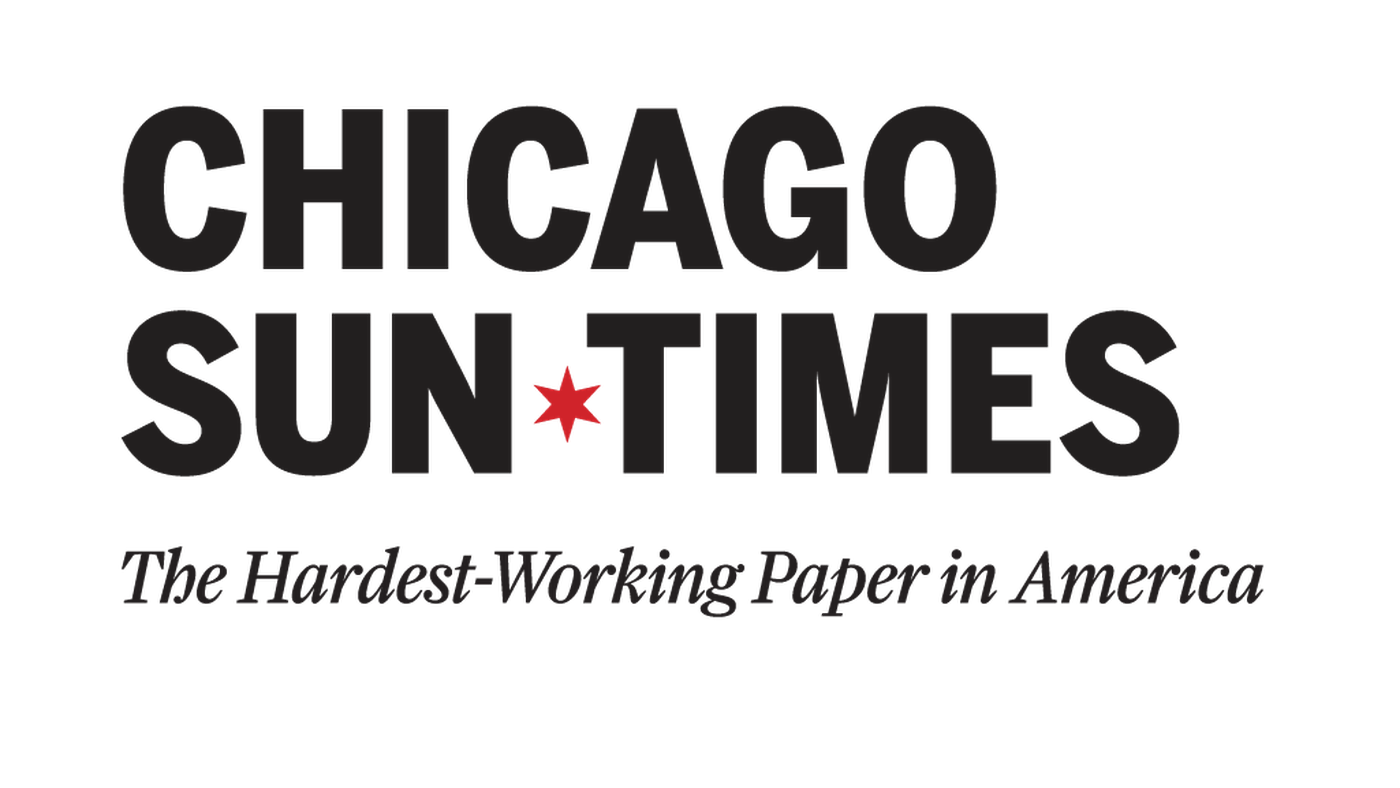