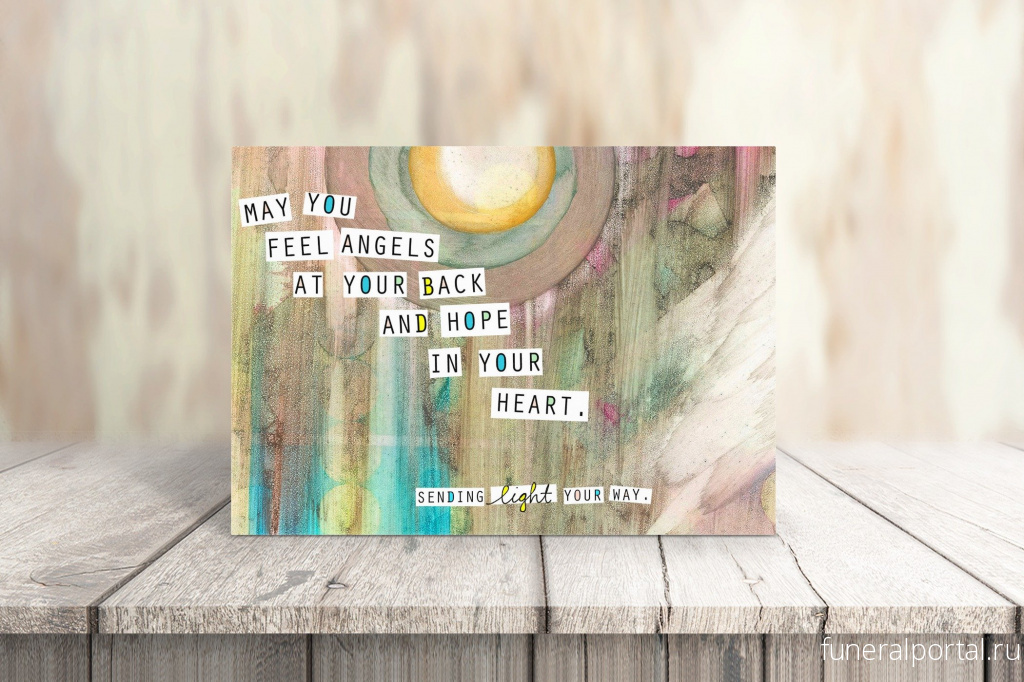 Liv Lane and Liz Malanaphy don’t know each other, but the two creatives are united by a common mission: Saving the U.S. Postal Service with the simple act of sending cards.

The women both designed a series of COVID-19-themed greeting cards to help others stay connected during quarantine. Like the resurgence of jigsaw puzzles and baking bread during stay-at-home orders across the country, folks with time on their hands also gravitated toward good old-fashion snail mail to pass the time.

They’ve been selling cards online the past few months, and despite some restrictions being lifted, customers are still interested in loading virtual shopping carts with their handmade, coronavirus-inspired creations. Some of the cards honor everyday heroes; others are humorous, like Malanaphy’s toilet paper doodles with the message “Wishing you abundance and absorbency!”

But this hobby wasn’t without cause. Many people started pen pal chains and stocked up on stamps because of the dire news coming out of the postal service.

The coronavirus has been a blow to the institution that predates the United States. A rescue package in the amount of $10 billion was approved by Congress after the postal service lost $4.5 billion so far this year. Recently another $25 million was approved by the House to modernize the agency’s infrastructure and operations. Still, the threat of privatization lingers.

President Donald Trump remains critical of the Postal Service, but 91% of Americans have a favorable view of the federal agency, according to a March poll by the Pew Research Center.

On top of financial woes, thousands of carriers have tested positive for COVID-19. Some have died.

With all these pressing concerns, it may seem a bit naive to think one card could turn the course. But Lane and Malanaphy aren’t the only card makers encouraging others to send a letter to a loved one and #savethepostoffice.

The hashtag has gone viral, along with #saveamailman and #mailedit, as petitions and rallies circulate across the country to support postal carriers and their service that makes vote-by-mail possible, even for the most rural areas.

“The Postal Service is under assault and it sort of has been for a long time. It’s one of the American institutions that is still accessible and equitable for everybody,” Malanaphy said. “It’s more important that I think people realize.”

The creative from Hudson, Wis., said it costs everyone the same to mail a letter, whether in a small town or sprawling city. And she saw what a “devastating blow” it was for neighborhoods in south Minneapolis to lose post offices destroyed during riots following the death of George Floyd.

Malanaphy said her cards may seem “trivial” in light of the protests. Before the unrest when the pandemic was the major pressing concern for households, it seemed like the best way to contribute something meaningful.

“There’s still room for other stories out there. There is so much about our government, like these basic institutions — our public schools and the postal service — that were based on making sure things were equitable and still can be those avenues to help make that happen,” she said. “But if we start privatizing things like the United States Postal Service, it’s just going to be another thing that is out of reach for people who live in poverty. I really think there’s a huge danger in privatizing these institutions … and I feel like that was kind of the path that people are going down.”

Lane, a 40-year-old artist living in Shorewood, said her involvement to help save the postal service started with a school assignment for her 12-year-old son, Truman.

The e-learning assignment was simply “do something kind.” And so he thought to send a thank -ou card to their postal carrier.

“He wrote a thank-you note saying he was glad that he was still doing his job even during these tough times and drew a little picture. And it was about the same time that the news was coming out about how the postal service has really been in dire straits and that people were not sending as much mail because of the pandemic,” Lane said.

“We got a letter back from our mail carrier, which thrilled my kid, and it said thank you so much for having concern for me and my safety and I’m really doing my best job to keep everything clean and to deliver your mail on time. It was just the sweetest exchange.”

Lane thought: “How can I help stimulate more of those kinds of exchanges and support the postal service at the same time?” Thus began her pandemic postcards.

“It’s such a day brightener when you get something in the mail because it tells you that someone took the extra time to actually hand write a note to you, to look up your address, to go find a stamp for it,” she said. “I wanted to give people a chance to do that, especially when everybody is in isolation.”

Before the pandemic, Lane knew what it was like to be in isolation. In 2018, she was diagnosed with breast cancer. Her pandemic postcards have been the first project since then. Now in remission, she still takes precautions.

“I know a lot about isolation after having cancer,” she said. “It was always so wonderful to get cards in the mail from people. I couldn’t always answer a text when it came in — I just did not have the energy or focus. But when I could go to the mail pile when I had the energy and see that I had notes from people waiting for me, it was just wonderful to have that kind of connection. I can only assume that the same is true for people who are in isolation now, or maybe sick or caring for those who are sick, who are working long hours,” she said.

“One of the silver linings of this pandemic is that it has reminded people about the importance of being connected in all kinds of ways and letting each other know how much we matter to each other.”

Malanaphy, 53, can relate. She started making her own cards after she ran out of her personal stash of greeting cards early on in quarantine. She was sending cards to everyone — even her mother who lives nearby but couldn’t visit because of coronavirus guidelines.

Her cards are not a financial boon, but that wasn’t the intent. She wanted to facilitate an exchange of the written word by not only supplying cards and envelopes, but also stamps. Each set of six cards comes with six stamps from John Oliver, host of “Last Week Tonight with John Oliver.” Oliver created a limited edition line of stamps to help save the postal service, with all proceeds going toward USPS.

“[It’s] activism through art,” she said. “Using the talents you have to contribute to the world and make it a better place.”

The Associated Press contributed to this report.