Juried Selection of Art from Tri-County 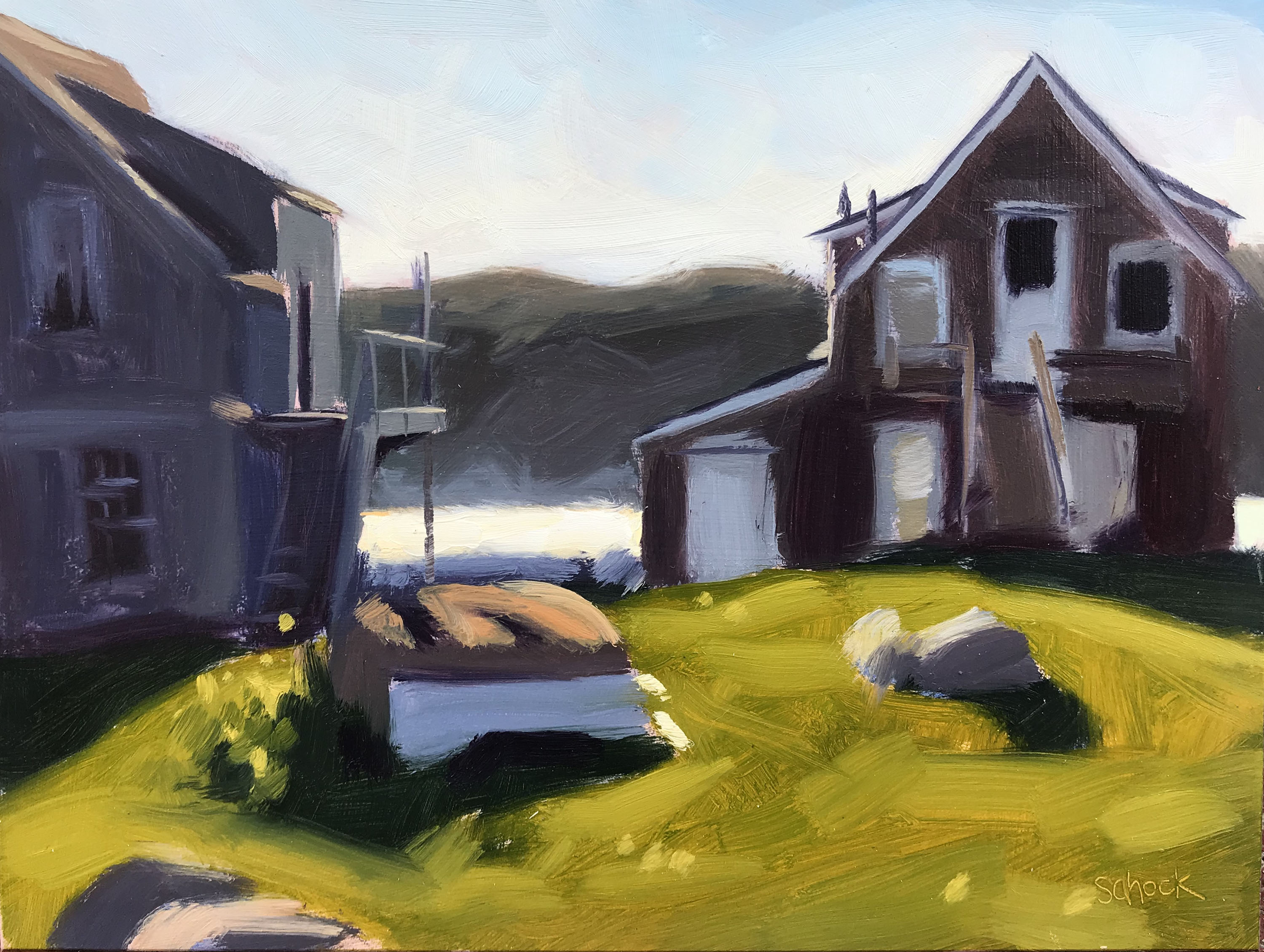 Nobody needs reminding that the COVID-19 poltergeist has undermined business and pleasure on every front. With our museums and galleries shuttered, art-watchers in town find their patterns disrupted, as well as the cultural continuity of the art scene’s calendar-driven ebb and flow.

Right about now, for example, institutions of higher learning would have exhibitions by art students for people to peruse in person. Although physical visitation isn’t possible, Westmont College is still hosting its annual group show — a juried selection of art from the Tri-Counties. This year’s model, chosen by artist and CSU Long Beach professor Christopher Miles, is dubbed Time and Memory, with its 48 pieces drawn from 221 entries by 95 artists.

The show’s first-place-winning piece, James Van Arsdale’s “Electroexplosive Time Machine to the ’70s” is a cheeky retro-futurist combination of mystical triangles and a tour-ready road case. The work is an extension of the artist/musician’s ongoing interest in relatively recent high-low cultural antiquation.

Dane Goodman’s “right where you wanted” offers teetering charm in his leaning tower of straw hats. His piece “then and then” features a lanky Abe Lincoln and an innately doomed snowman — a familiar member of Goodman’s recurring cast of characters.

Assemblage is well represented in this show, from former Westmont professor Tony Askew’s “Measure Up” to Lori Call’s “Developing Wisdom over Ti(hy)me” and Rosemarie Gebhart’s “Invisible City.” Each of these works adeptly fuse structure and randomness, and the evocative beauty of found objects organized into new, delightfully irrational scenarios. Plumbing that idea from a different angle and material base, Susan Owens’s collage material sourcing comes from bits of tin detritus, elevated and immortalized in the artwork “No Longer Remembered.”

The show’s second-place winner, Lisa Crane’s “Newborn,” imparts a sense of innocence and fertility, explicitly conveying a lamb’s birth — between the maternal portal and the earthy new reality implied by a pile of stones. Ron Newton’s mixed-media concoction “Dog Chasing Tail,” with a sculptured pooch atop a painted wooden box with a wind-up crank, is described pithily by the artist as “a commentary of life spent on planet earth.”

Ralph Corners’ “Painted Cave I” is another of the artist’s wily primitive inventions, a tableau of imagery by turns mythically and absurd, like pictographs from an indeterminate age or culture. More to the point, these are from his own imaginary realm, the painted cave of his creative domain. Another hard-to-categorize piece is from inspired miniaturist Gail Pine, whose weirdly alluring “Tireless Exertion” adorns a manipulated, mysterious found photo of faceless, milling figures with fabric, colored pencil, and dried pigments.

In painting, Marcia Rickard’s deft, detailed “Memento Mori” unapologetically extends the still-life tradition of painters such as the 19th-century American William Michael Harnett. Moving in other directions, piece by piece, Paige Wilson goes giddy with the animalistically astronomical dog portrait “Let’s Get Sirius,” which contrasts with WB Eckert’s sleek “The Other Day,” a streamlined dream scene of a somnolent man encircled by large birds, possibly menacing and/or protective.

The free interchange of representation and abstraction in Brendan Murdock’s “Watch” — with enigmatic forces and forms swirling around an ominous eyeball — makes for a good segue into the abstract painting contingent. The orderly, grid-like color gradients giving rhythm to Cynthia Martin’s “Time Lapse” is in sharp contrast to the amorphous surface-spatial play of A. Michael Marzolla’s “With the Grain.”

Mixing painting genres in its own way, Randal Working’s “Permanent Things (Youth and Eternity)” (the show’s third-place winner) works up a rough, appealing brushstroke energy in its depiction of a woman in contemplation.

Time and memory play more than bit parts in this art, as they do elsewhere in the “gallery.” As intriguing as internet art-watching can be — as it is over at “the Westmont Museum of Art” — we also find ourselves implicitly using “air quotes” when taking in culture at the moment. But art will out, as will we.