Hundreds of people turned out for the funeral of a World War Two veteran who had no surviving relatives.

Jim Auton, who died aged 95 in January, had been awarded 20 medals by six different countries and hailed a "friend of Poland".

He is thought to have been the last British member of the Warsaw Air Bridge, in which supplies were dropped to Polish resistance fighters.

Veteran groups put out an appeal for attendees at the service in Newark. 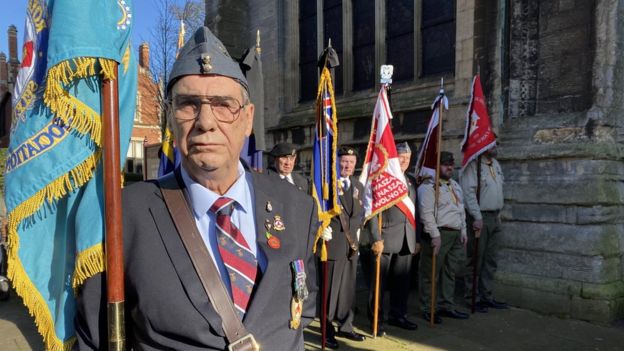 Hundreds answered the call to pay their respects on Thursday, including fellow veterans.

A guard carried his coffin covered in a Union Jack in to St Mary Magdalene.

He was buried in Newark Cemetery, close to the Warsaw Air Bridge Memorial, which he campaigned for and helped to plan in 1989.

This was an ultimately unsuccessful attempt to liberate the Polish capital from Nazi occupation, which lasted 63 days, and cost the lives of more than 150,000 civilians and destroyed large parts of the city.

After the war, he was awarded honours including the Polish Presidential Gold Order of Merit and the Soviet Union War Veterans' Medal, and was made an MBE in 2000.

Paul Trickett, who cared for Mr Auton for many years, said: "He was a truly remarkable man with many stories to tell.

"He was proud of what he and his comrades did for the people of Warsaw." 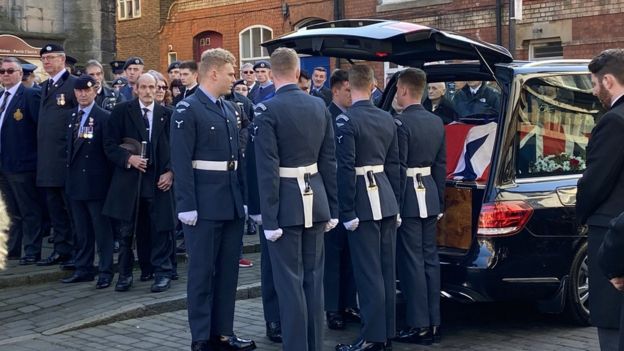 He added Mr Auton not only "risked his life to aid Polish resistance" by taking part in the air drops during the uprising, but also "worked tirelessly" to commemorate all those who died in the effort to liberate the country.

"For all of this, Polish people are eternally grateful," he said.

"He really is an example to follow for future generations."