The Future of Death Tech Has No Rules—Yet 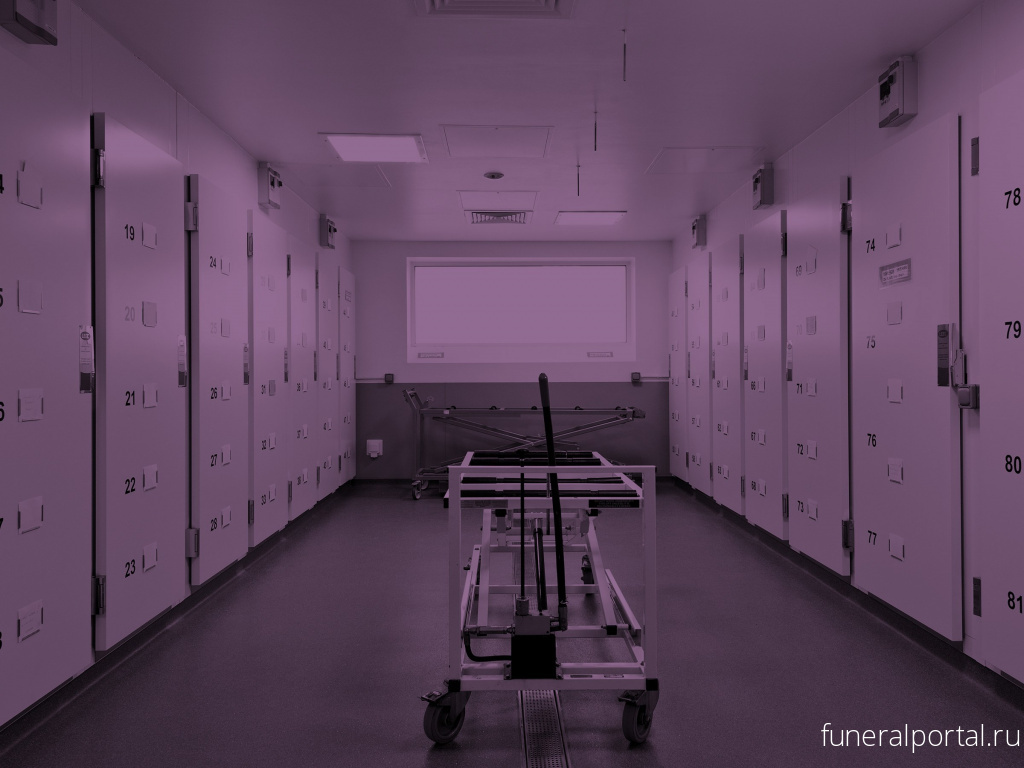 Mortuary startups, like one that plans to freeze and shatter corpses, have run afoul of some fusty regulations.


When a company asks permission to pulverize a corpse—to freeze a body solid, then shake it till it shatters—how, exactly, should the government respond? Last September, Derek Schmidt, the attorney general for Kansas, sat down to ponder the specifics. Interest in a new process for disposing of the dead had trickled across the state; it was up to Schmidt to say whether the technology was even legal.

Schmidt’s analysis began on YouTube, where he landed on an animated demonstration that broke down the new mortuary method, known as promession, into steps: First, cadavers are cryogenically frozen; then they’re vibrated into bits, freeze-dried to get the moisture out, and filtered into an urn. In theory, promession would release significantly fewer emissions than fire cremation, which is responsible for 270,000 tons of carbon dioxide per year. If true, that would make promession a big draw for the environmentally conscious. Schmidt cross-referenced each step in the promession process against Kansas law in the hopes of answering what turns out to be a highly consequential question: Is vibration into bits a type of cremation, and therefore a legal form of disposition?

Two months later, Schmidt issued his decision. Promession, he announced, “would not meet the requirements of a cremation process as set forth” in state law. His reasoning reads a bit like science fiction and a bit like a rabbi’s parsing of biblical law. Schmidt argued, for instance, that cremation requires “the separation of flesh from bone by the destruction of the flesh.” Promession certainly could be said to destroy the flesh, but the crystallization process doesn’t really separate it from the bone. In that sense, Schmidt concluded that Kansas could not treat it as cremation.

Schimdt’s predicament is not unique. In the last few years, state officials across the country have been forced to map a range of futuristic death technologies onto the creaky regulations of a prior age. Most state disposition laws are antiquated, premised on narrow definitions of “cremation” and “burial” that leave new technologies like promession without the legal grounds to establish themselves. But a few states—Kansas among them—have seized the opportunity. In a bid to attract death-tech companies, and perhaps a piece of the $2 billion fire cremation industry, they’ve been revamping regulations.

The American death industry hasn’t exactly been a hotbed of innovation. For two centuries, the vast majority of Americans dealt with their dead in the same way: a traditional casket burial. The next most popular alternative—fire cremation—did not capture more than 5 percent of the market until 1973. But since the turn of the century, Americans have flocked to fire cremation in droves, with the method now making up 55 percent of all body dispositions. That industry-wide upheaval has created an opening for a slate of new technologies. In the last two decades, death-tech startups have begun peddling alkaline hydrolysis, a flameless cremation process in which a body is submerged in a mix of water and alkali until flesh separates from bone; human composting, for those who want their bodies to turn into several wheelbarrows full of usable soil; and, of course, promession. All of these technologies are sold on environmental terms: alkaline hydrolysis, for one, releases as little as a tenth of the carbon dioxide of fire cremation.

Although the practice of fire cremation in the US dates back to 1876, most states did not bother to regulate it for another century, according to the Cremation Association of North America. When they did, lawmakers tended to define cremation in narrow ways: many disposition statutes noted, for instance, that cremation is a “thermal process.” These states also took a narrow view of death care, crafting laws that permitted only two types of disposition: cremation and burial. Until the 2010s, all other methods were generally considered illegal by default.

For death-tech startups, convincing legislators that their inventions should fall under the “cremation” umbrella is the fastest way to begin operations. Old phrases like “thermal process” can get in the way for some companies and technologies. Specifying "thermal" would seem to exclude alkaline hydrolysis and promession, for example. But in a 2016 paper, Texas Southern University law professor Asmara M. Tekle points out that other death-tech startups might benefit from the same wording. Human composting uses heat to reduce the body, and so might reasonably be understood as a sort of “cremation by carbon.” In that case, it would already be legal in most of the country. (Only one state so far has explicitly legalized the practice.)

But because of a precedent set in Ohio, startups are leery of launching their products without legislative approval. In 2011, a funeral director named Jeff Edwards began performing alkaline hydrolysis in Ohio even though the state had not explicitly legalized the process. He interpreted the broad language of an old Ohio statute, which allowed “burial, cremation, or other manner of final disposition,” to mean that alkaline hydrolysis was legal. Without consulting the state, he went ahead with his alkaline hydrolysis business. Months later, the state rebuked him. Health officials ruled that alkaline hydrolysis was not, in fact, legal under state law, and the Ohio Board of Embalmers and Funeral Directors lambasted Edwards for his “immoral or unprofessional conduct.”

Fear of another incident like in Ohio lingers. While some states may in fact consider human composting legal, few death-tech companies are willing to take the risk. As a result, states that have clear, up-to-date rules on the disposition of dead bodies are all the more appealing for new businesses.

So far nineteen US states have revisited their disposition laws to legalize alkaline hydrolysis. While a few created fresh rules that treat alkaline hydrolysis as a unique disposition method, most elected to tweak their existing cremation laws to include it. Maine, for one, specified in 2009 that “cremation” can occur “through other processes, including, but not limited to, chemical dissolution.” Colorado deleted the phrase “direct exposure to intense heat” from its cremation law in 2011.

Some of these updates have come at the request of death-tech companies themselves. California rewrote its cremation law in 2017 at the urging of the alkaline hydrolysis startup Qico, then offered the new company $1.6 million in tax credits. This past May, Washington became the first state to legalize human composting. Recompose, the startup that pushed for that law, plans to open its first composting facility in Seattle in December 2020. And this spring, legislators in Colorado will consider a similar bill to legalize the practice of turning cadavers into soil.

Localities have become adept at this sort of signaling to tech companies, no matter the industry those companies might be trying to disrupt. Sometimes it’s more subtle: Arizona, for example, has granted startups a two-year leeway period in which they can test their products before applying for a formal business license. In other places, it’s more blatant: in 2017, New York City Mayor Bill de Blasio enticed Amazon by lighting up the city’s most iconic monuments in the company’s orange. (Several billion dollars in promised tax breaks also served as an inducement.) But it’s far easier to lure companies in the business of alternative cremation: All you have to do is fiddle with some phrases in an outdated law.

The fiddling can get a little finicky, though. In 2010, Kansas decided it was time to open up its disposition laws to emerging technologies such as alkaline hydrolysis. The state replaced its old definition of cremation, as the “reduction of a dead human body to essential elements through direct exposure to intense heat and flame,” with a much more open-ended one. Now it would refer to any “dissolution process that reduces human remains to bone fragments.” “The intent was to broaden the statute for future forms of disposition,” said Mack Smith, executive secretary of the Kansas State Board of Mortuary Arts, the body that oversaw the new regulation.

Soon after its passage, the amendment caught the eye of Promessa, the Swedish company that invented promession. Based on “the state’s relatively lax cremation laws,” as the Kansas City Star put it, Promessa chose Kansas as its ideal American home. That’s when Derek Schmidt was prompted to review the procedure.

Schmidt's conclusion—that promession wouldn’t count as cremation, even under the state’s relatively easygoing definition—came as a disappointment. Still, attempts to bring promession to the state have hardly slowed, and Promessa hopes to secure a full launch by 2025. The state legislator who had asked for Schmidt’s review has suggested that he might write a bill to formally allow the method. When it comes to alternative cremation, he told the Star, “If that’s what you want, hey, where’s the government’s interest in telling you not to?” 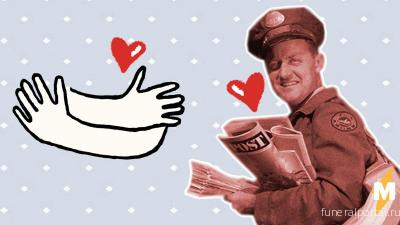