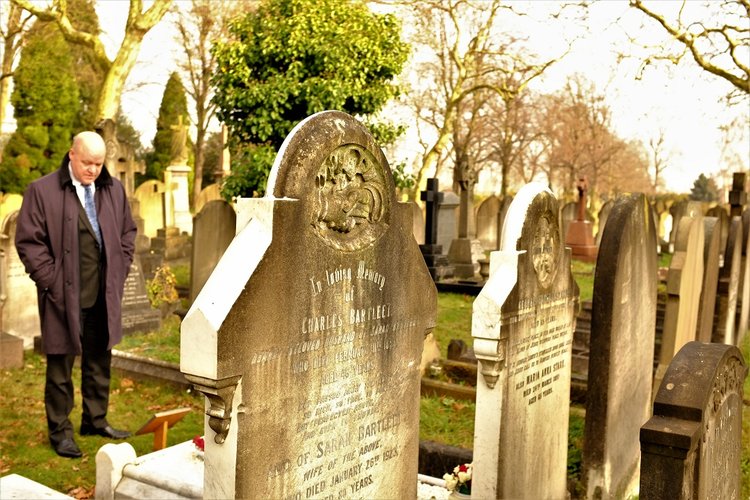 Look carefully at the image above. The inscriptions you’re reading are on the backs of gravestones. And the fronts? They bear inscriptions, too—much, much newer inscriptions. Why? It’s all part of one London cemetery’s effort to make urban burial more friendly to the environment—and the pocketbook. You guessed right: staff at the City of London Cemetery and Crematorium are reusing abandoned grave plots and headstones. They are the “upcyclers” of memorials.

London is running out of space to bury its dead. Four of the 12 inner-city boroughs have no burial plots available. Those who bury their friends or family members outside of their home borough not only have to commute serious distances, but they also have to pay higher, “out-of-network”-style prices. And even for those Londoners whose neighborhoods still have burial space, the cost of burial (like the cost of all of the cosmopolitan city’s real estate) is prohibitive for most residents. Burial space is precious and pricey.

Trying to figure out what to do with the metropolis’s dead is not a new problem. London has been running out space to bury the dead since the early 1800s, when the city’s population boomed due to the industrial revolution. By the 1850s, the overcrowding of London’s graveyards was so dire that Parliament encouraged the country’s first establishment of large, privately-owned cemeteries. The Parliamentary Act led to the establishment of seven grand cemeteries on what was then the edge of the city. (Read more about London’s early burial crisis, and see photos from one of these “Magnificent Seven” in my Graves and Greenery: London’s Highgate Cemetery photo essay.)

These large, suburban graveyards provided some relief. But they eventually filled up, too. And no new burials meant no new income. Pair that lack of income with a large-scale cultural shift toward cremation in the mid-1900s, and many London cemeteries were left full but, paradoxically, disused. A scaled-down version of the same story played out across the country. Today, London—and indeed much of England—has little remaining land for those who still want (or need, according to religious doctrine) to be buried. 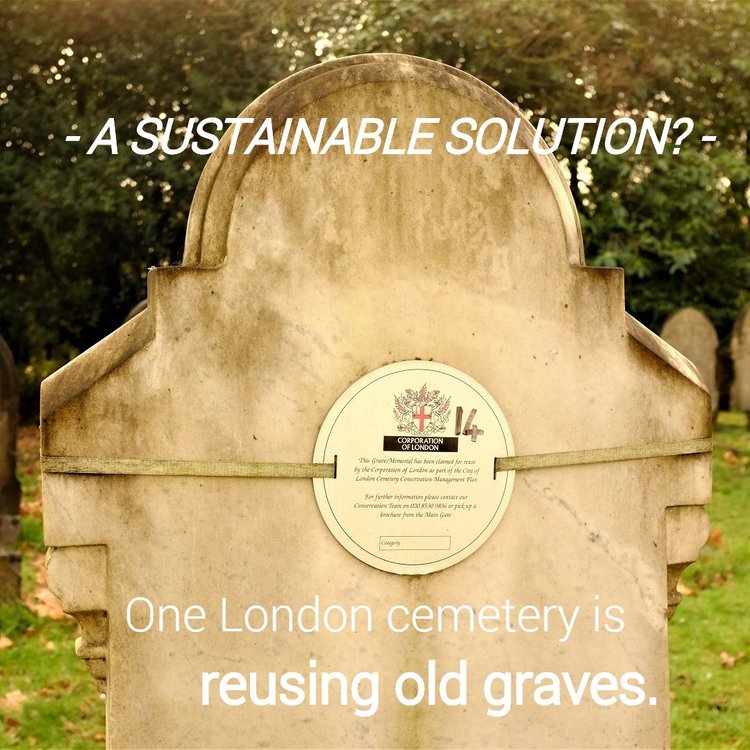 Gary Burks is the Superintendent at the City of London Cemetery and Crematorium, the city’s oldest municipal cemetery. Since the cemetery opened in 1856, it has become the final resting place for just shy of 1 million Londoners, with nearly 25 burials per day in some of the early years. Gary, now in his 50s, moved into a small house on within the cemetery walls at age six, when his dad got a job on the grounds. Gary has filled many roles in his 34 years of employment here—from gravedigger, to groundsperson, to person-in-charge. He loves the place. He refers to all cemetery employees, whether from the 1800s or the present, as “we.” Though he no longer lives on site, he still calls the cemetery his home. 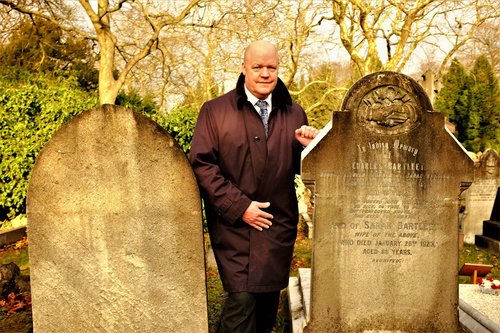 His solution? It’s a bit of a recycling project. By reusing old graves that have been left to deteriorate, Gary and his team offer a more environmentally sustainable approach to burial. If the current rate of burial continues, Gary says he will never have to expand onto new land.

And there’s a financial incentive to purchasing recycled graves (or “heritage graves,” as he calls them), too. High cost of burial real estate, especially in a densely populated city like London, means that the expense of burial makes this means of memorialization inaccessible to the masses. A brand new grave at the City of London Cemetery & Crematorium costs around £11,780 ($15,157 USD). But burial in a reused plot comes in at 3,440 ($4,426 USD)—much closer to the cost, albeit still high, of the more affordable option of cremation. And for those families who want a headstone, adding an inscription on a reversed, existing grave marker is much less costly than purchasing a brand new stone. To Gary, making memorialization in a graveyard more financially accessible means making it more culturally relevant. 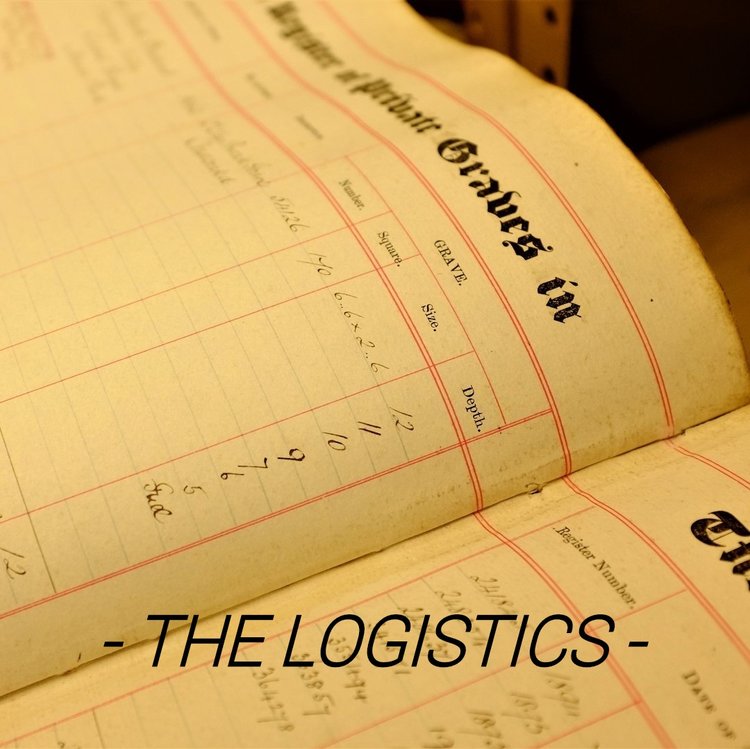 LISTEN - In the Archives

What enables Gary and his team to reuse graves? The answer lies in the locked basement of the cemetery’s office. Here, in a bright white room filled with dollies and old documents, are rows and rows of large register books. 88 books, to be precise, each weighing over 55 pounds and boasting 300 pages of burial records.

“What makes the process possible for us is the accuracy of these registers,” says Gary. The registers tell the team the owner of the plot, the date of the last burial, and the depth of the shallowest coffin. But it’s more than the accuracy of the registers that enable the process. It also relies on Gary’s hard-earned knowledge of the site’s 200 acres (“having pushed a mower around it quite a few times,” in his words). Gary can recall from memory sections of the cemetery that seem to be in disuse. Once such a section is identified, the arduous process begins.

For a grave to be eligible for reuse, the last burial has to be no less than 8 feet below the surface, and no burial may have taken place in the plot for at least 75 years. If these conditions are met, Gary and his team write to any families for whom they have addresses, post about the potential reuse in two local newspapers, make an announcement on their website, and place signs on the eligible graves and around the cemetery. For those headstones that still have legible inscriptions, the grounds crew turn the marker around and affix it again to the memorial’s base, giving the appearance (from the front) of a new grave. They then wait six months, and if no objections are made, the grave is “reclaimed.” For every one grave that receives an objection, there are usually about 199 graves that are reclaimed without comment. 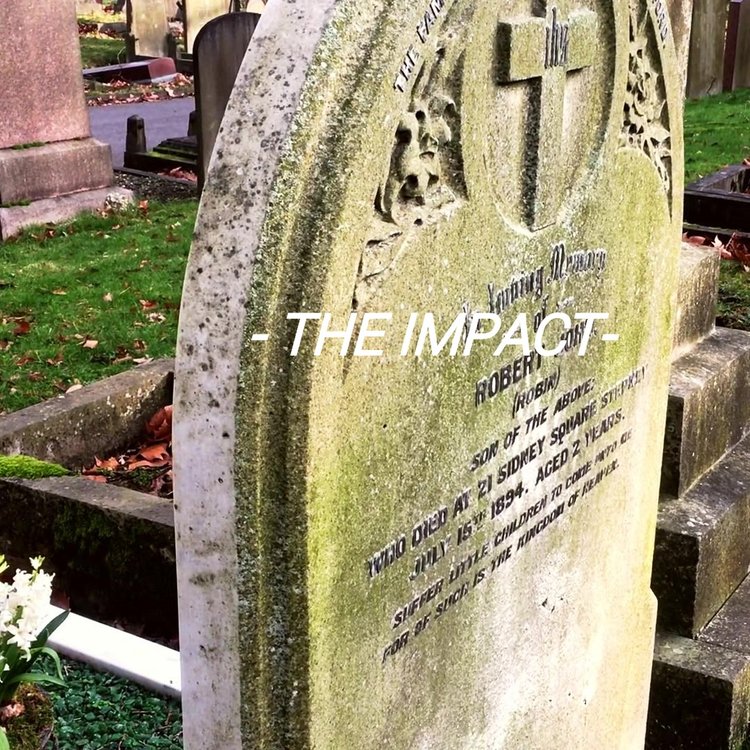 Londoners are warming to the idea of grave reuse—slowly. The cemetery does about 1,000 burials a year, the majority of which are known, in industry terms, as “re-openers”—existing family plots that are opened to accommodate the burial of a spouse or descendant. In 2018, the City of London Cemetery & Crematorium carried out about 40 reuse burials.

Gary plans to retire in the next ten years, and he admits that his site has enough vacant space that he doesn’t need to reuse graves before that time. But he’s putting in the legwork now to avoid a land crisis down the line. Because he knows that the notion takes a bit of getting used to. “I’d rather get this right, and get this into people’s understanding and people’s acceptance in the local area, at least. I can’t change the rest of the country, I’m afraid,” Gary says. And they have yet to receive a complaint about reuse.

There are limitations to the City of London Cemetery and Crematorium’s approach. Most adherents of Islam, for example, cannot be buried atop or beneath others. So many individuals seeking single-depth, full-body burial still have to cough up large sums of money to bury their loved ones in the city, or travel long distances to a suburban or rural graveyard that accommodates these landed religious requirements. But the positive reception of the grave reuse program, though only accessible to some of London’s population, shows that many Londoners are willing to think differently about how and where we remember the dead.

The grave reuse program is not just a more environmentally and economically sustainable approach to the business of dying. To Gary, it’s about keeping the cemetery well-kept, energized, and relevant. “What I see as sad is when a cemetery is not maintained, and it falls into disrepair. Because I see that as the ultimate mark of disrespect to the deceased,” he says. “It’s my belief, and I feel that I’m proving it here, that if you can reclaim and reuse graves, you can breathe life into a cemetery. Maintain income into a cemetery. Maintain people’s interest in a cemetery. And therefore use that site for what it was intended.” 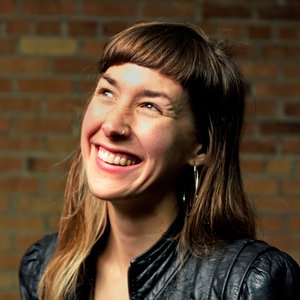 Katie Thornton is a Fulbright - National Geographic Digital Storytelling Fellow currently in the UK and Singapore to produce “Death in the Digital Age,” a podcast and multimedia project about how and where we remember in an urbanized, digitized world. Be sure to follow the project on Instagram, via occasional email updates, or on the project blog!