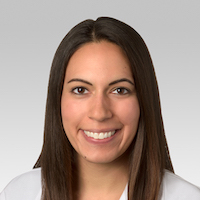 Jennifer Hoffmann, MD, and a team of investigators examined suicides among US youths 5–19 years old from January 2007–December 2016. The team found that the annual suicide rate was higher in white non-Hispanic males who lived in counties with greater concentrations of poverty.

The findings may lead to improved suicide prevention efforts and guide more research into risks associated with pediatric suicide.

Hoffmann, from the emergency medicine division at Ann & Robert H. Lurie Children’s Hospital of Chicago, and her colleagues from Boston Children’s Hospital, sought to learn the association between pediatric suicide and county-level poverty in the US. Their primary outcome was suicide deaths among youths 5–19 years old. Death codes included intentional self-harm.

The investigators used mortality data from the Centers for Disease Control and Prevention’s (CDC’s) Compressed Mortality File, which contained death certificate data. The causes of death were classified according to the International Statistical Classification of Diseases, Tenth Revision, Clinical Modification (ICD-10-CM), and county-level death counts were reported annually.

Overall, there was a 57% increase in suicide rates from 2007–2016 among youths 5–19 years old. Data from 2017 suggest that rates are continuing to rise, the investigators reported.

County poverty concentration was also associated with higher pediatric suicide rates by firearms, rather than suffocation or poisoning.

Additional research could determine which factors contributes most to the increased risk of pediatric suicide in higher poverty-concentrated counties.

The study, “Association of Pediatric Suicide With County-Level Poverty in the United States, 2007-2016,” was published online in JAMA Pediatrics.