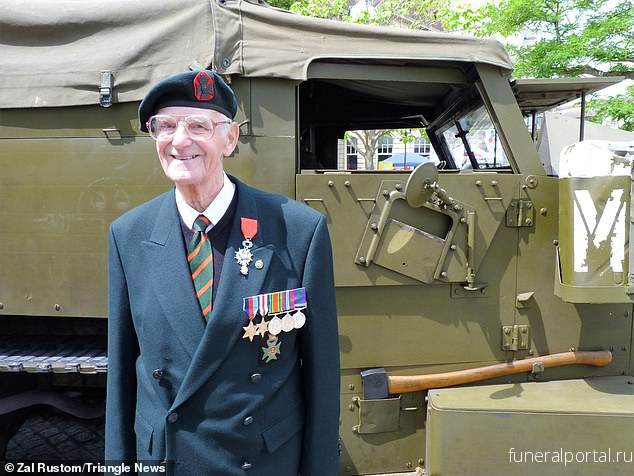 
By TERRI-ANN WILLIAMS FOR MAILONLINE

Wellwishers turned out in droves for the funeral of a Second World War veteran after his British Legion friends spread the word that he was petrified he would be laid to rest alone.

Donald Puttock had no close family and worried about what would happen when he died.

The 93-year-old Normandy veteran received a full military procession on Friday in Surrey and more than 200 people turned up to honour his sacrifice for his country.

There were so many present that 100 people had to stand outside the chapel as Don's life was celebrated. 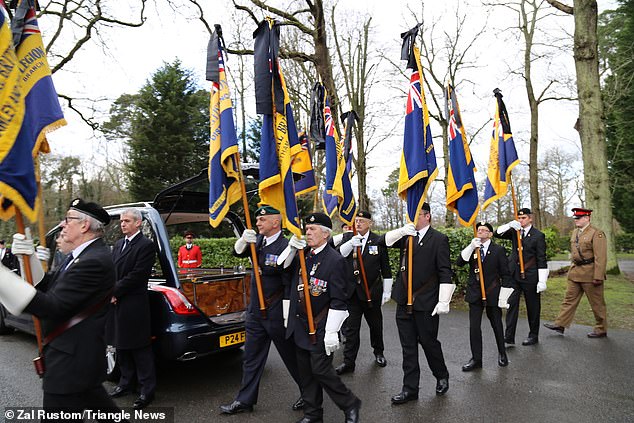 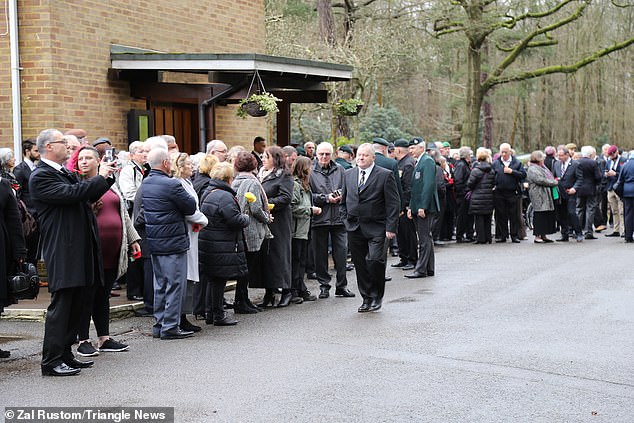 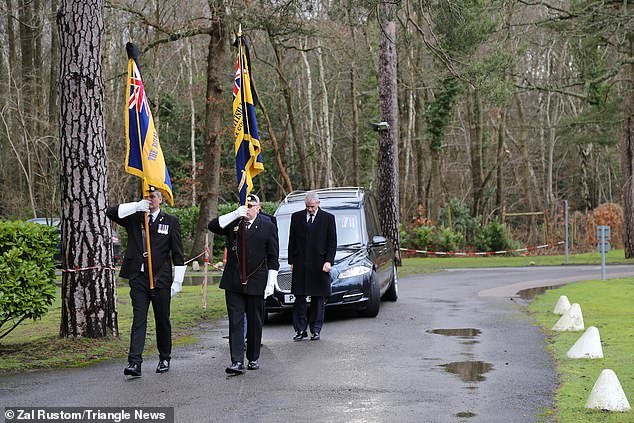 
A volunteer bugler played the Last Post while representatives from the local council turned up in full ceremonial chains.

Mourners were also handed poppies to place on his coffin - draped in a Union Jack and covered in his wartime medals, including the Legion of Honour, France's highest ceremonial medal.

Members of the West Sussex branch put out an appeal on January 8 asking people to attend and hundreds of locals turned out to say a final farewell to Don.

The Second World War veteran, who lived in Horsham, served in the 12th Battalion of the King's Royal Rifle Corps and died on December 7. 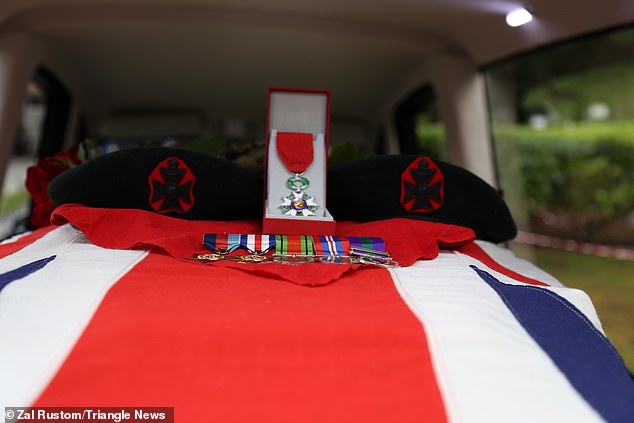 Don's medals were laid on top of his coffin. He was given a full military procession to honour his life 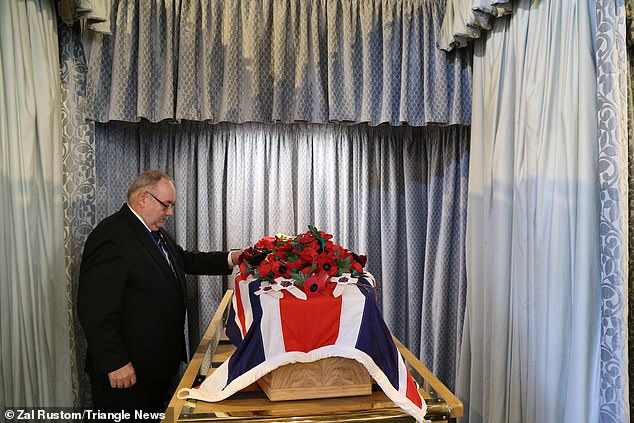 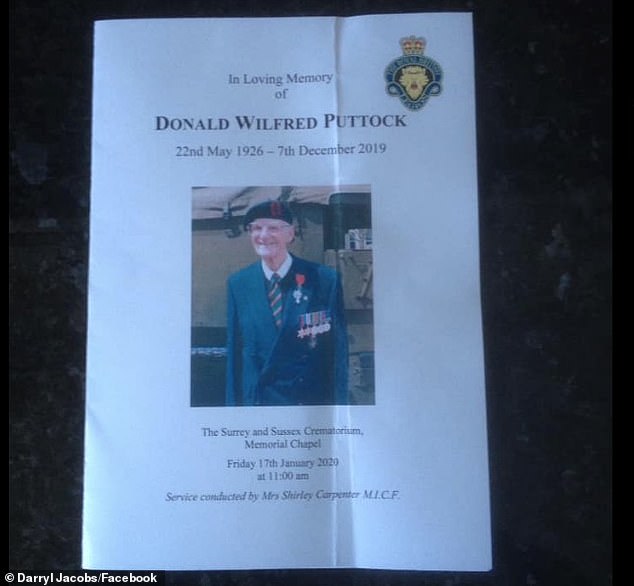 Don had served in France, Germany, Tripoli and Palestine. Pictured above is the order of service


He had been a member of the RBL since 1948 but had expressed his concern that as he had no family there would be no-one to mourn him or organise his funeral.

The Normandy veteran landed in France a few days after the D-Day landings and went on to serve in France, Germany, Tripoli and Palestine.

Branch chairman Nigel Caplin explained how the branch decided to give him a full ceremonial funeral, with help from one of his neighbours.

Mr Caplin said: 'We were very keen for him to have a proper veteran's funeral as a Normandy veteran. The legion along with one of his neighbours have come together and organised his funeral. 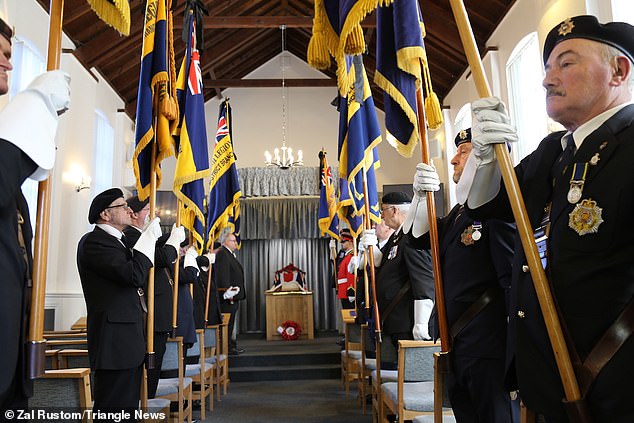 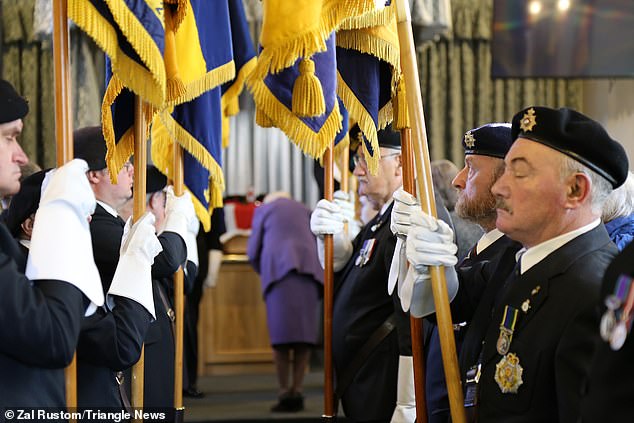 'He calmed down a lot once he knew the legion was going to be running the funeral.

'It was an open invitation to anybody who would like to support one of the last WWII Veterans and a chance for people to give back to someone who has given so much for his country.'

Don was called up in November 1943 aged 17-and-a-half. He completed his basic training at Fulford Barracks before serving in Normandy, France.

During the conflict he drove American half-tracks, which Nigel said Don 'spent quite a lot of time being shot at in.' 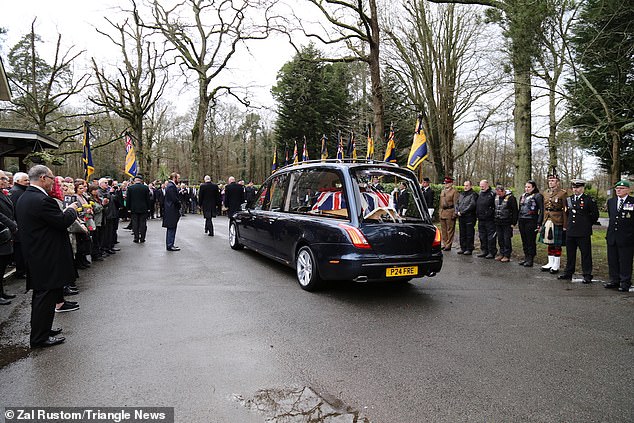 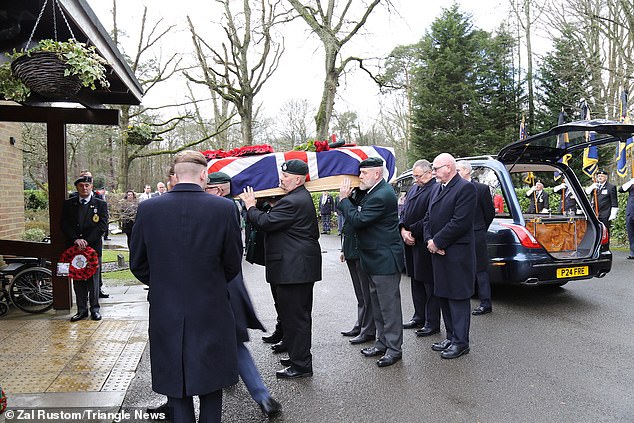 He added: 'Hanover was his last stop in Germany. Then he was sent off to Palestine for a couple of years.'

During his army service Don was awarded the Legion d'Honneur, the highest French order of merit for military and civil merits.

Following his demob he joined pharma company Ciba-Geigy as an engineer, where he stayed for 45 years.

His wife of 63 years died last year and Don had lived alone supported by his neighbours.

To commemorate his life, several standard bearers from the Royal British Legion attended the funeral and a volunteer played the Last Post.

Hundreds of locals also turned out to pay their respects at the service on Friday, held at the Surrey and Sussex Crematorium in Crawley. 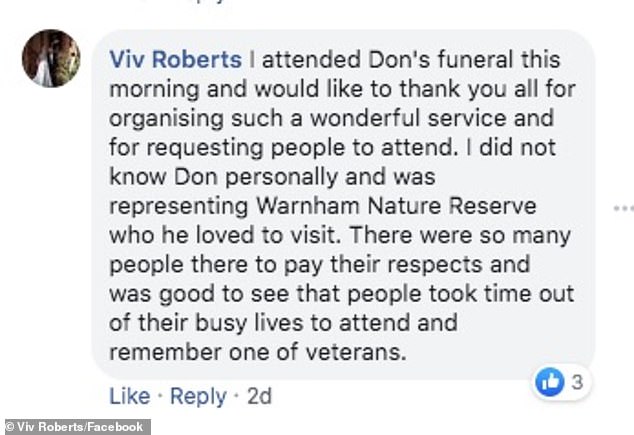 Even people from Warnham Nature Reserve, where Don loved walking, turned up.

Linda Lade said: 'Wonderful. Brought a tear to my eye and a lump in my throat.'

Kitty Granger said: 'Well done to the British Legion & all who rallied round to give this hero his deserved send off. May he rest in peace knowing he was appreciated.'

Angie Dymond said: 'It was so heartwarming to see so many people in attendance. A moving service and a fitting 'thank you' to Don.'

Roger Gray added: 'The Royal British Legion orchestrated Dons funeral and did a superb job and I think Don would have been pleasantly surprised at the number of people attending.

'Lots of ex-servicemen and a representative from the police, many serving army officers, a dignitary from the council (complete with chain of office) and even a couple of bikers in their colours from the British Legion chapter.

'The chapel was full so I stood outside with another 80 to 100 people listening to the service and the bugler playing the last post bringing a lump in my throat.

'I didn't know Don but today I learned about him - he served our country well and did us proud and it was good to see that has not been forgotten. RIP.'

Viv Roberts said: 'I was fortunate to be in the chapel for the service, I did not know Don but felt he should be remembered for what he and countless others did for our country.

'It was very moving to see so many people there and felt sorry for those that couldn't get into the chapel and hear the service.

'It was a lovely gesture for each of us to be given a poppy to lay on top of the coffin after the service, I was a bit choked to do this and to see the Legion d'honour medal.'

Sharon Bloomfield added: 'It was an incredible celebration of a remarkable man who is very much missed. Really proud to be British today and I know Don would have been so grateful to everyone who came xx'