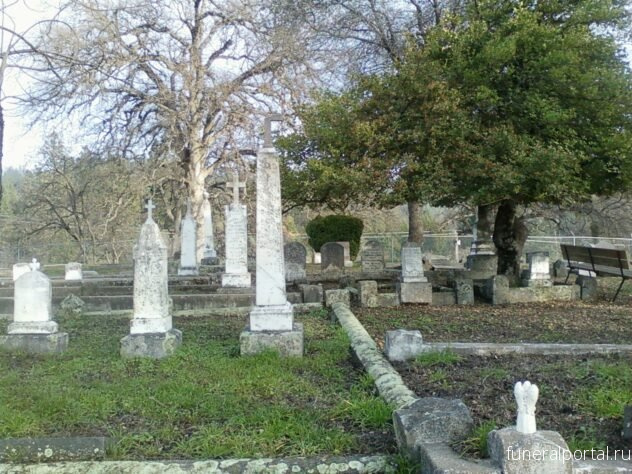 Measure C — the Kelsey Cemetery District special tax — is coming up on the March ballot.

The Board of Trustees of the Kelsey Cemetery District is asking district residents to approve an $8 per parcel special tax for 10 years to address these issues to protect the history and future of the cemetery.

Only voters residing in the district will vote on this measure. A two-thirds majority of votes cast will be necessary to pass this tax. District residents would not be voting on, nor paying the similar tax that had been proposed the county to create a Zone of Benefit funding all cemeteries that are under the management of the county.

That vote has been postponed. It would have excluded residents of the Kelsey Cemetery District, as well as the Georgetown Cemetery Zone of Benefit, where residents already pay a special tax of approximately $10 per parcel. It has been tabled indefinitely.

The Kelsey Cemetery was deeded to El Dorado County in 1892. A special district was created in 1938 to ensure it would be well taken care of. Since then various teams of five trustees appointed by the El Dorado County Board of Supervisors have been entrusted with the care and maintenance of the cemetery as well as selling burial plots and overseeing burials.

The district stretches from the American River north through Kelsey, lower Garden Valley (including the southern two-thirds of Garden Park) and Spanish Flat.

Financial support from Proposition 13, passed in 1968, has come from the county General Fund. This amounts to about $1.80 per year for each of the approximately 1,000 parcels in the district. After paying an insurance premium of $1,300, this leaves only about $500 for other expenses. Burial rights sales, endowment fund interest and donations usually allow the current board of trustees to keep up a minimal amount of maintenance.

These revenue sources are variable and insufficient to keep up the grounds as they should be. The nearly 60-year-old fence is in disrepair as is the storage and pump house shed. Trees need arborist care, sinking and tilting headstones need to be stabilized and the ongoing battle against weeds and fallen tree limbs needs to be intensified.

James Marshall, who discovered gold in Coloma in 1848, spent most of the last 17 years of his life in and around Kelsey and Garden Valley. He died in Kelsey in 1885 in the Union Hotel, which he owned at the time. It served as his residence near the blacksmith shop and several mining properties he owned.

Local lore has it that he was first buried at the Kelsey Cemetery and was moved five years later to his current resting place in Coloma. While research shows that this was not the case, he was buried in Coloma a few days after his passing.

The Kelsey Pioneer Cemetery does include in its list of denizens many of Marshall’s friends, neighbors and mining partners, along with many other folks who came to the area following the Gold Rush.

From Thomas Allen, who operated the saloon across the street where Marshall often “whet his whistle,” to Henry Waldeck of Spanish Flat, whose hotel and eatery was often visited by Marshall, the history of the area from southern Garden Valley and Spanish Flat south to the American River is represented in this cemetery.

Margaret Kelley, a five-decade local teacher who grew up next door to Marshall and purchased much of his estate to include in a museum at the site of his blacksmith shop, is buried here.

Many current Divide residents have family buried here as well. The earliest recorded burial was in 1852.

For those district residents who are interested in purchasing a burial plot, the Kelsey Pioneer Cemetery has over 200 plots still available. Because it is a special district, only residents and their close relatives may be interred here. A plot may be used for burial of up to four cremated remains. Green burials, which allow families an option that does not require embalming or caskets, are allowed and account for half of recent internments.

For more information call the cemetery at (530) 303-2445 or visit KelseyPioneerCemetery.com. The cemetery is located at 6553 Kelsey Road, just past the Kelsey Bible Church off Highway 193 in Kelsey.