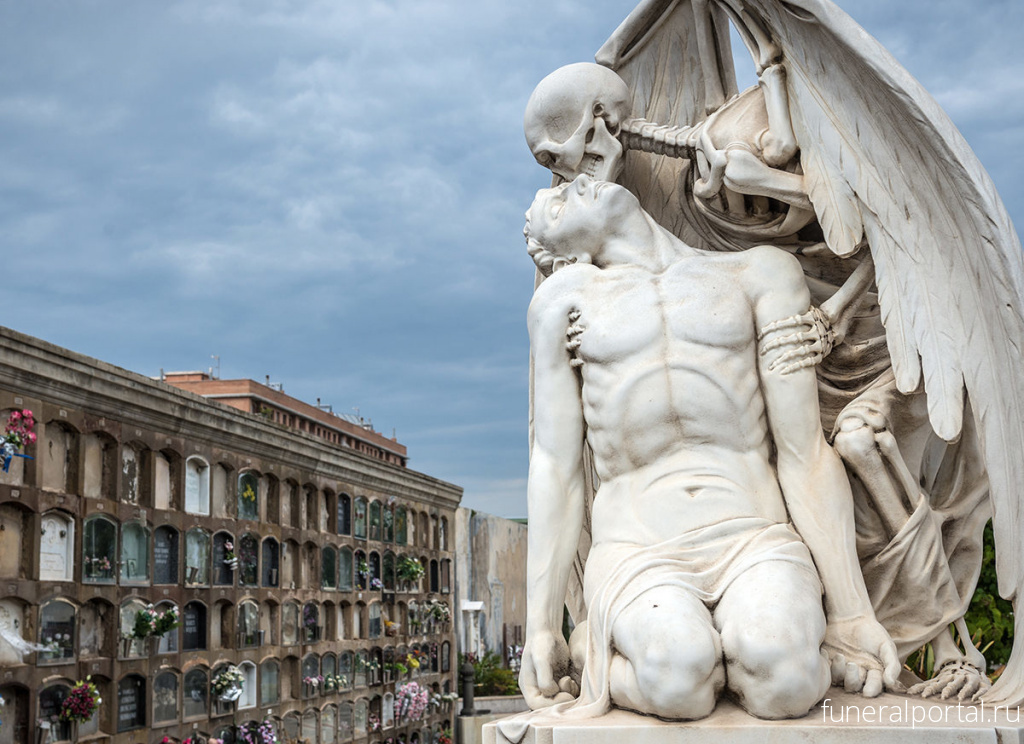 The Kiss of Death, designed by Joan Fonternat and carved by Jaume Barba in 1930, in Barcelona’s Poblenau Cemetery. It marks the grave of textile manufacturer Josep Llaudet Soler. SHUTTERSTOCK

Despite its irreverent title, the recent book 199 Cemeteries to See Before You Die is quite specific about appropriate behavior in graveyards. “Rule number one is be respectful,” Loren Rhoads writes. “Even cemeteries that are closed to new burials deserve to be treated like something precious and irreplaceable, because they are.”

Cemeteries are, by their nature, full of stories, which is what Rhoads wanted to tap into when creating the book. “Our relationships with the places we visit can be deepened and enriched by learning the stories of those who came—and stayed—before us,” she writes. 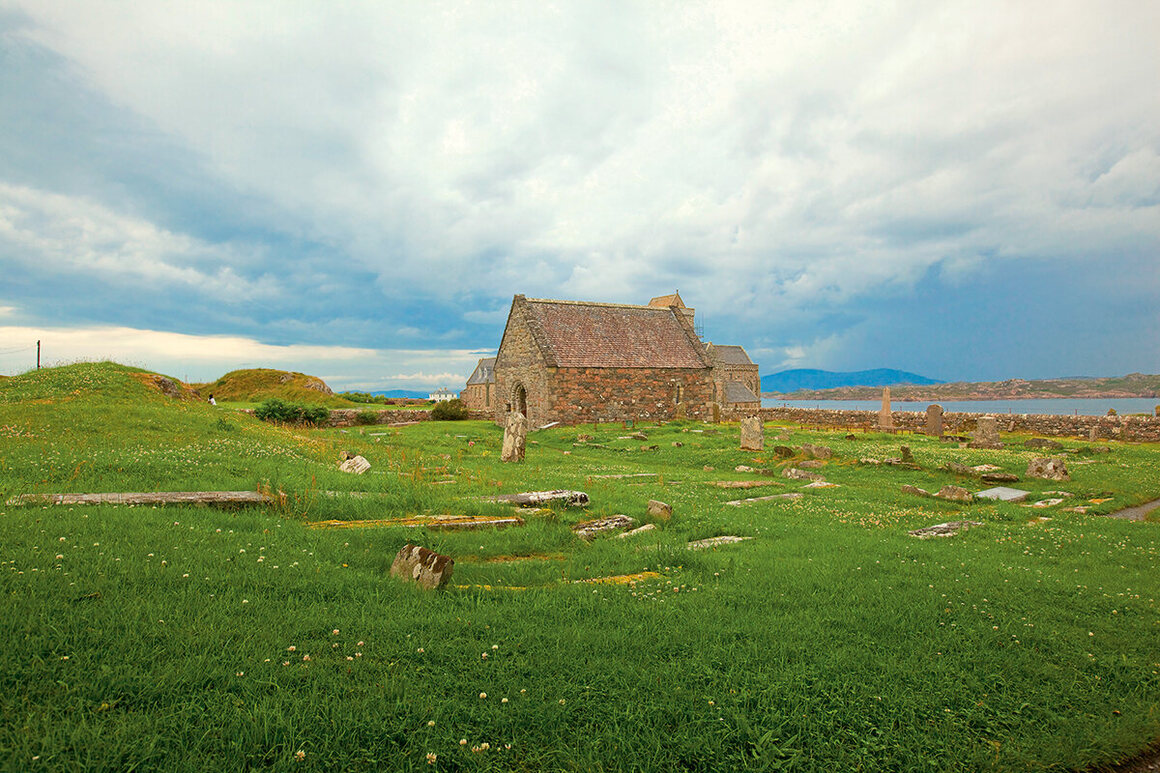 The book spans burial sites across the globe and through the ages. In the remote Scottish Hebrides, at Reilig Odhrán on the Isle of Iona, ancient, worn gravestones mark the resting places of Irish, Scottish, and Norwegian kings. Argentinian First Lady Eva Perón is buried in La Recoleta, a cemetery in Buenos Aires. In Iran, the grave of 12th-century mathematician and writer Omar Khayyám is marked with a towering, geometric 20th-century monument.

The book doesn’t just focus on the resting places of famous figures. Some are there for beauty alone. Barcelona’s Poblenau Cemetery contains a sculpture of young man, collapsed to his knees, in the tender embrace of a winged skeleton. Known as The Kiss of Death, it is both beautiful and unsettling—both work of art and memorial. Sydney’s Waverley Cemetery sprawls across 40 acres of oceanfront land, where headstones and monuments tumble towards the water. And in Romania’s Merry Cemetery, bright blue grave markers hold paintings of the deceased. These monuments both create atmosphere and hold important symbols.

Cemeteries are, by their nature, full of stories, which is what Rhoads wanted to tap into when creating the book. “Our relationships with the places we visit can be deepened and enriched by learning the stories of those who came—and stayed—before us,” she writes. 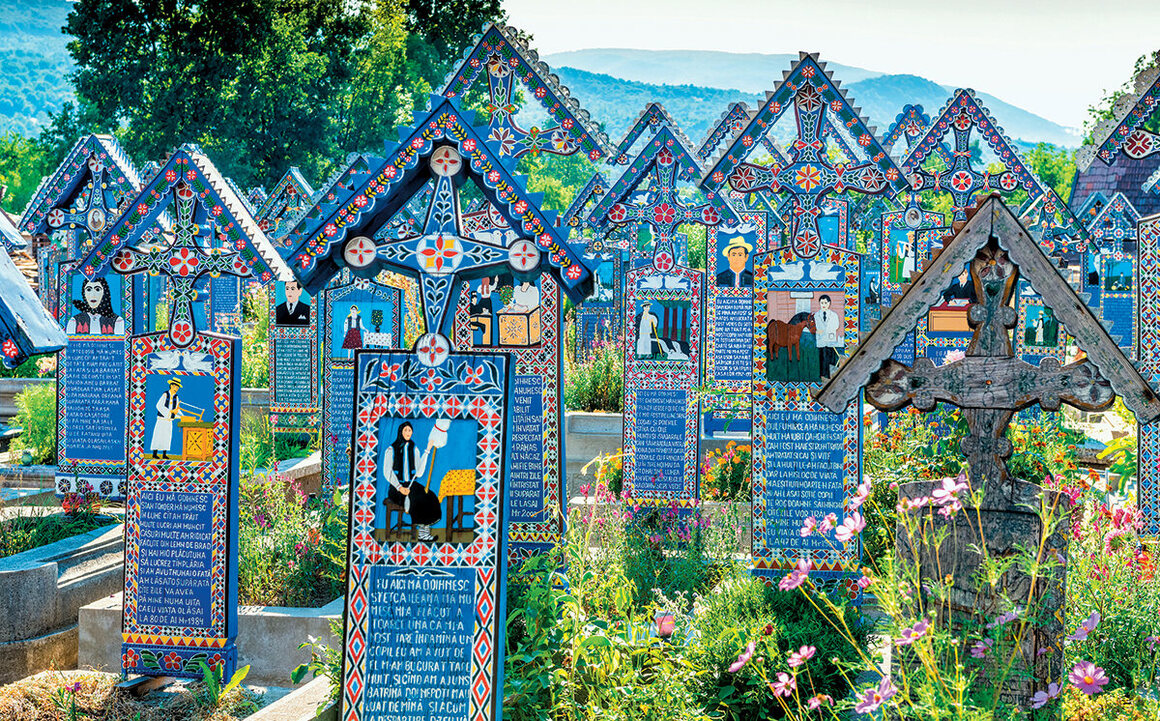 Markers in Merry Cemetery in Romania include poems about the deceased. SHUTTERSTOCK 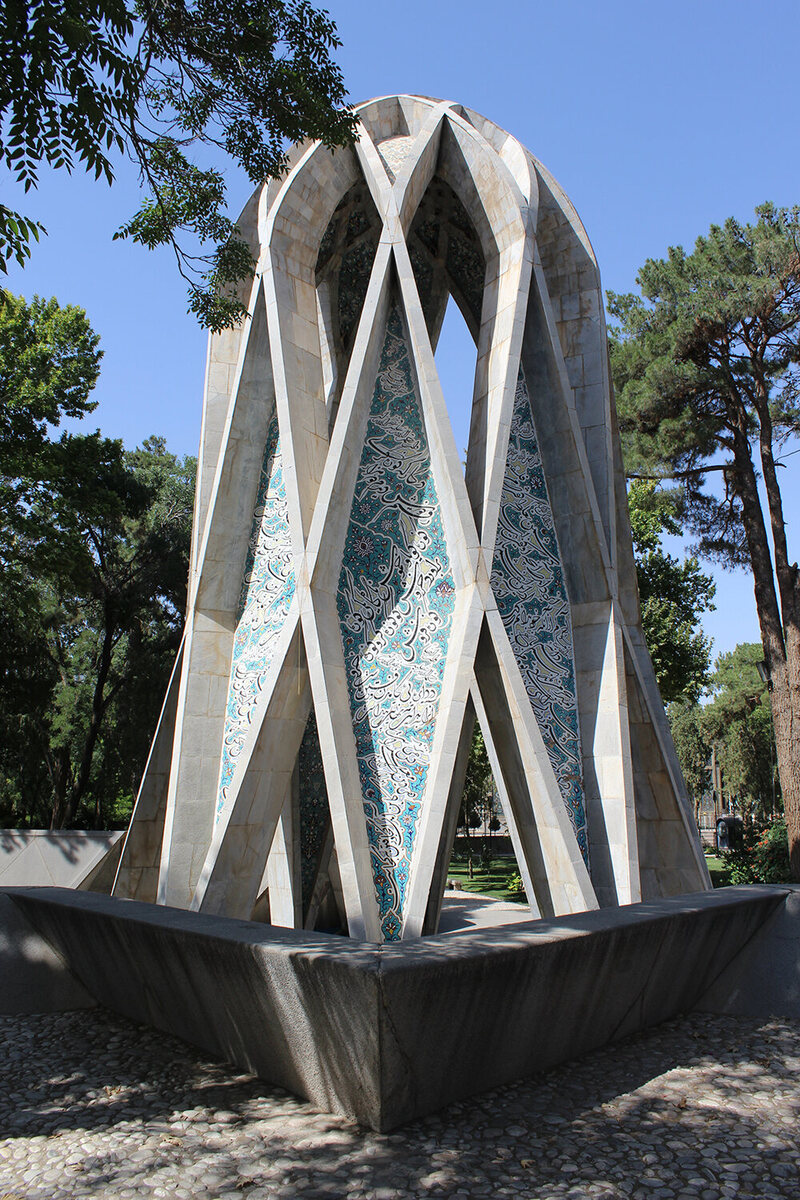 Omar Khayyám’s tomb complex in Nishapur, Iran, where he died, was designed by architect Houshang Seyhoun in 1963. SHUTTERSTOCK 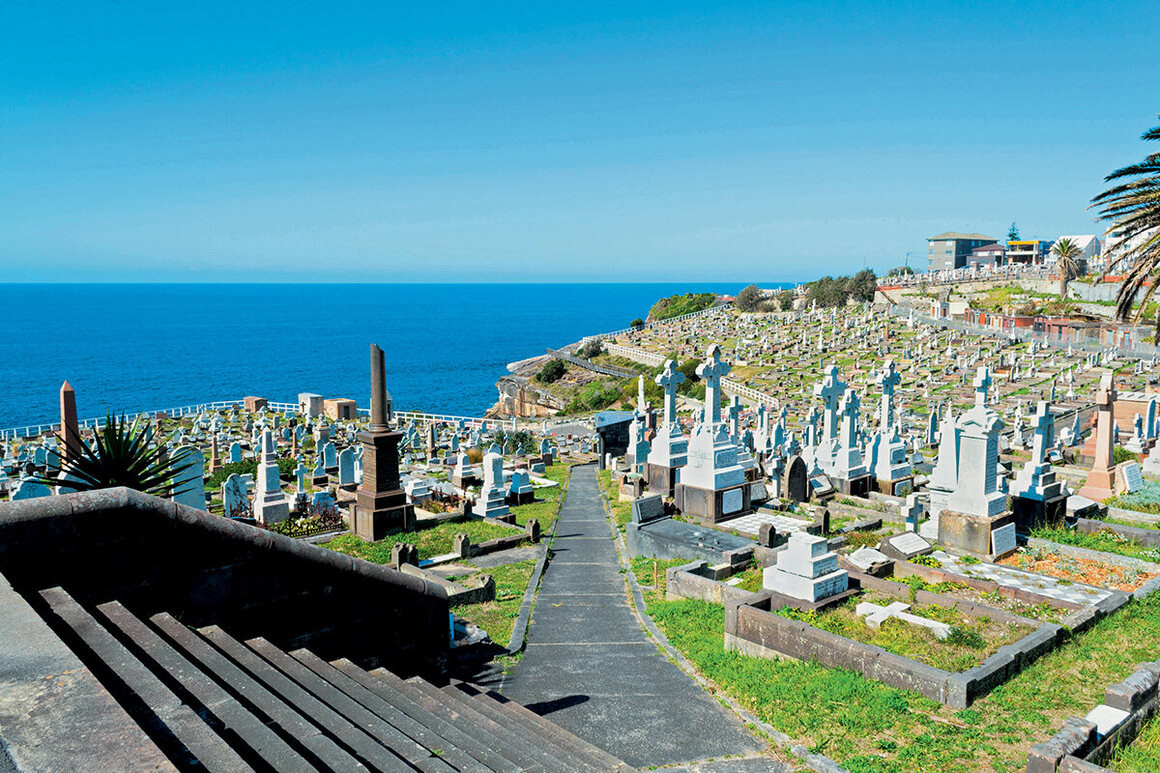 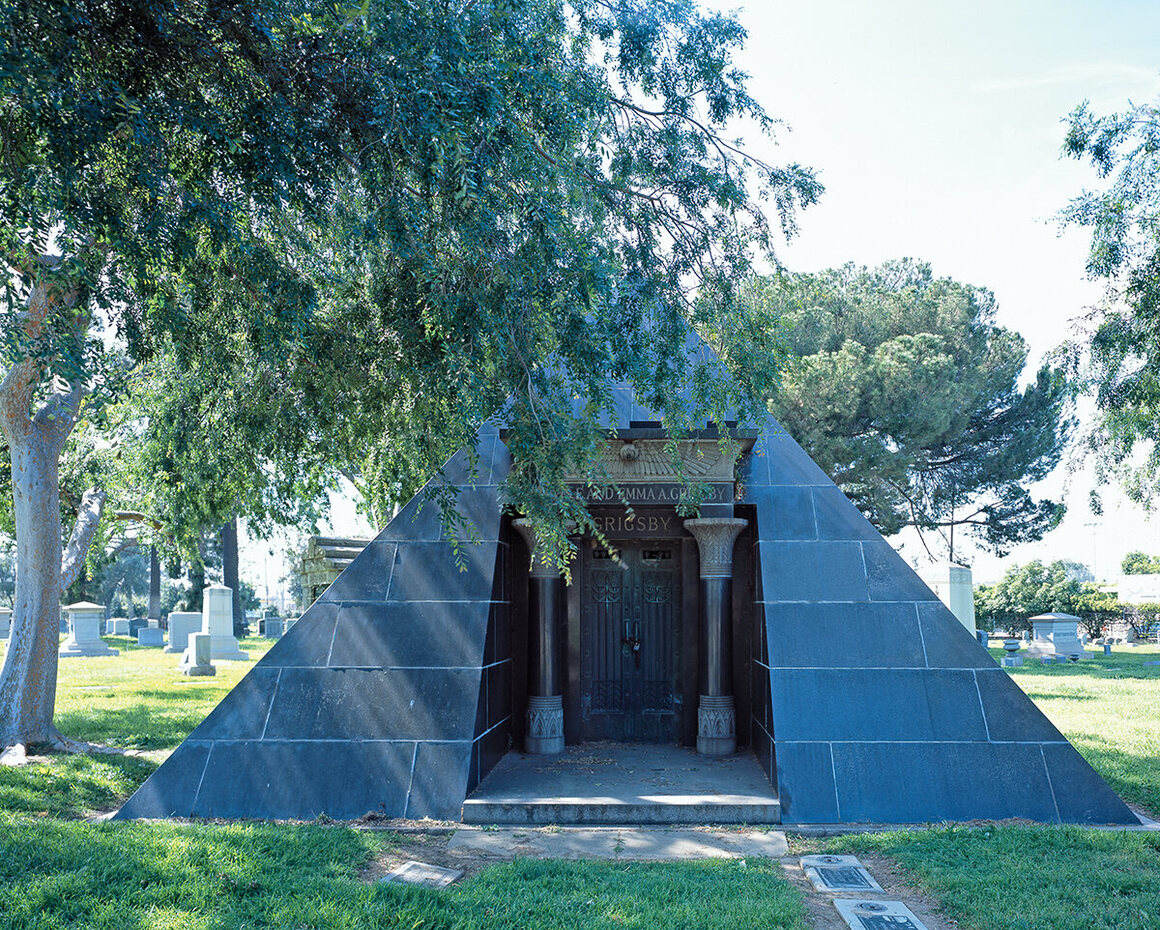 Angelus Rosedale Cemetery, Los Angeles, is the resting place of Hattie McDaniel, the first African-American actress to win an Oscar. Her original wish, to be buried at the Hollywood Memorial Cemetery, was denied because at the time of her death in 1952, it was segregated. LIBRARY OF CONGRESS/ CAROL HIGHSMITH 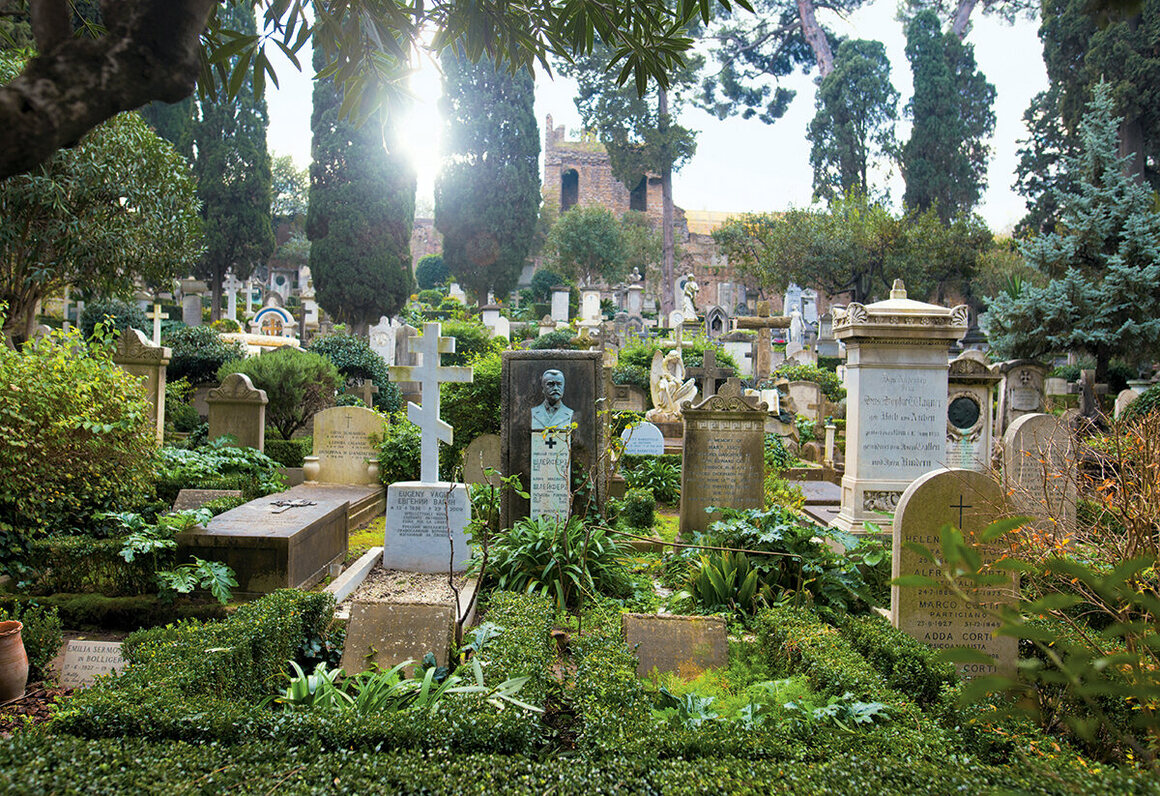 Il Cimitero Acattolico di Roma is the “Non-Catholic” cemetery of Rome, Italy. Prior to 1738, the Vatican prohibited people who were not Catholic from being buried in the city. SHUTTERSTOCK 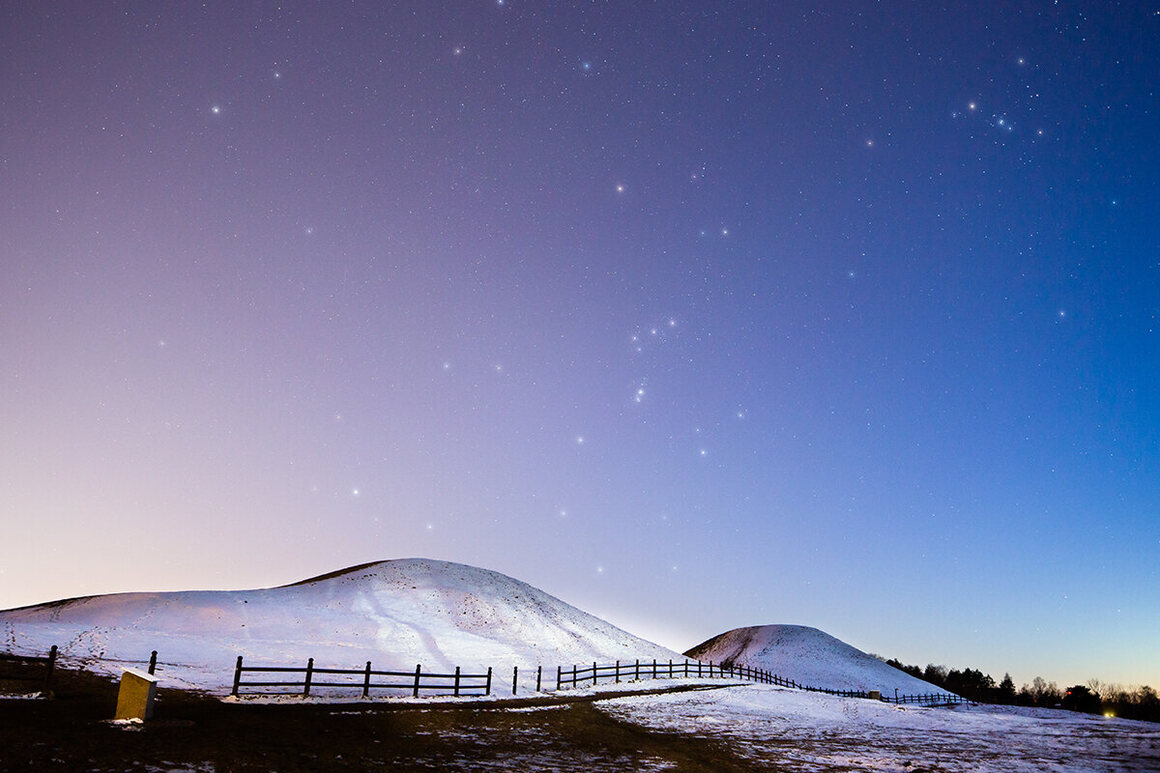 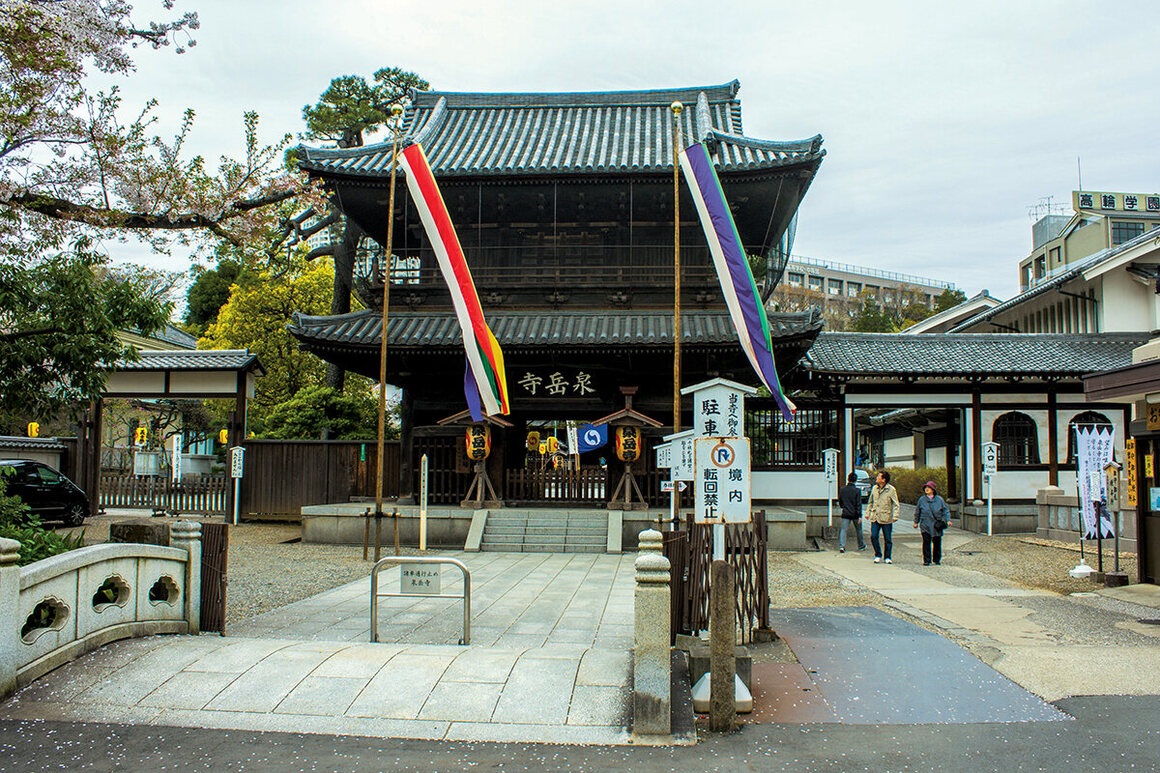 The Sengakuji Buddhist temple complex in Tokyo, Japan, is where the famous 47 Ronin are buried. SHUTTERSTOCK 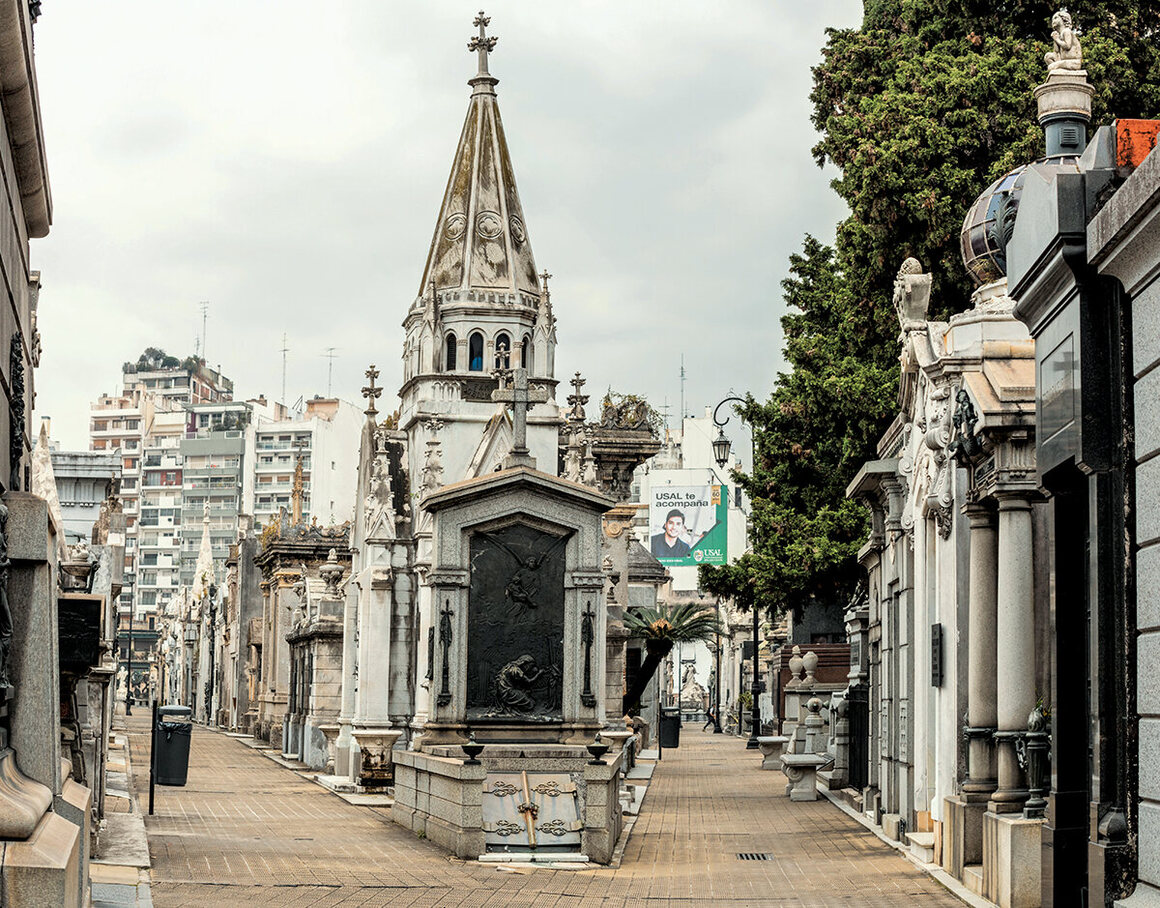 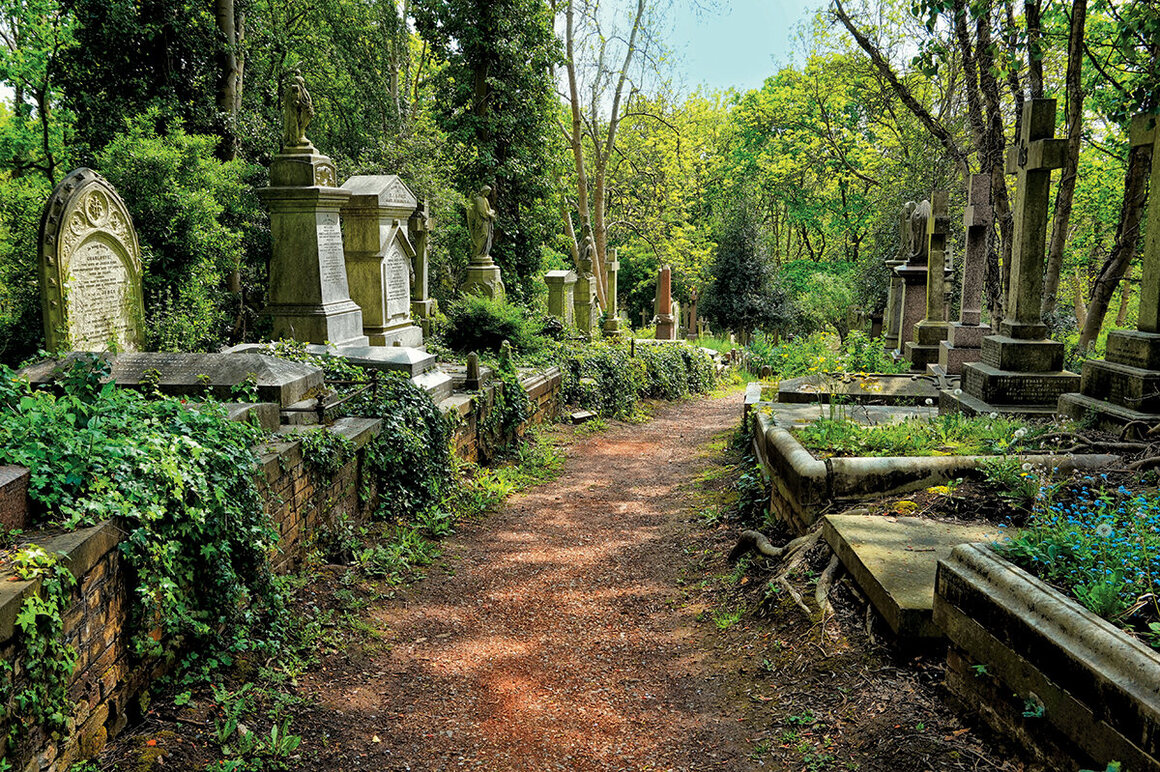 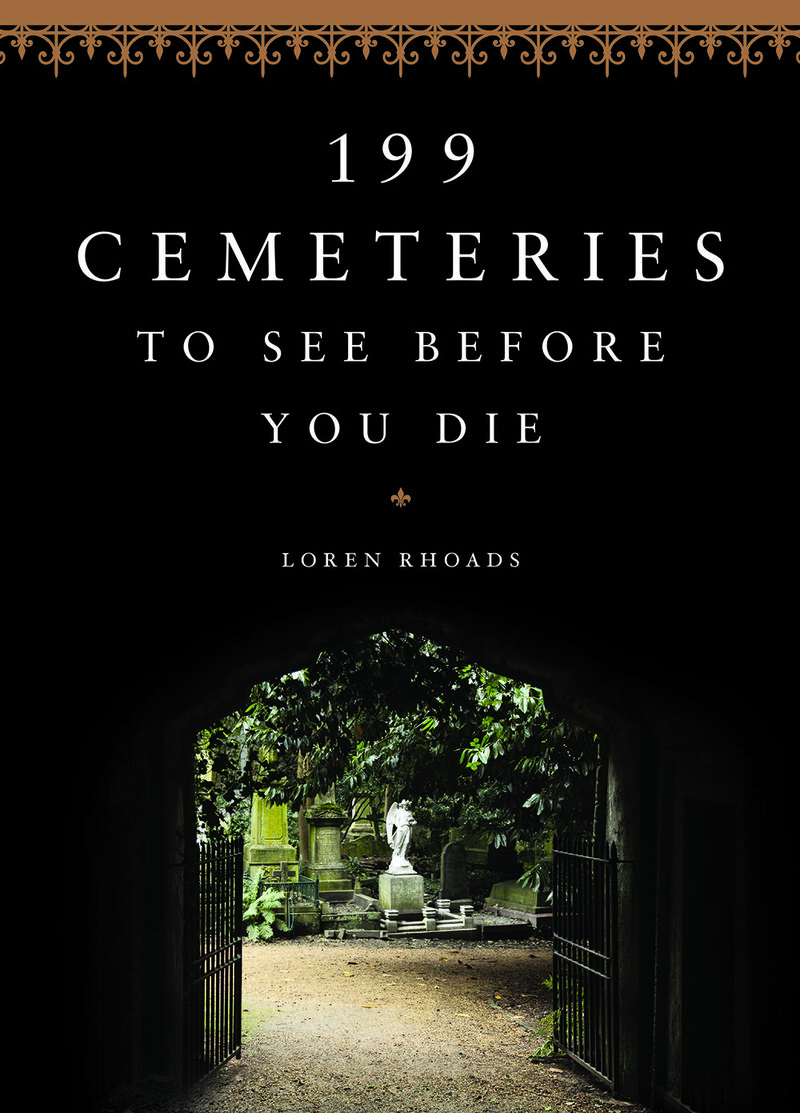 The cover of 199 Cemeteries to See Before You Die.