South African. De Lille is right, hiring serviettes for R470,000 for a funeral is just so gross The funeral of Struggle stalwart Winnie Madikizela-Mandela, together with those of other ANC icons Billy Modise and Zola Skweyiya, cost the taxpayer R76m. The costs paid by government officials to the service provider, Crocia Events, cannot be justified./Thuto lani Mbele

When our anti-apartheid Struggle stalwarts Winnie Madikizela-Mandela, Zola Skweyiya and Billy Modise passed away on different dates last year, it was fitting that they should be given state funerals.

I don't use the word "icon" liberally, but in my book the three fighters deserved the accolade. Imagine the pain and the anger to discover that the company that staged their funerals charged the state a whopping R76m.

The company that provided services is Crocia Events, which won a two-year tender in 2017 to provide infrastructure for all state funerals.

I'm no specialist in the costing of funeral services, but I find it difficult to accept that the department of public works and infrastructure should have spent R7m to hire padded chairs, leather couches and scatter cushions, R2.47m for draping, R470,000 for serviettes, R695,000 for orchestra equipment and R30,000 to dig three graves.

I'm glad I am not alone in this sense of outrage and disbelief. Patricia de Lille, the minister concerned, has ordered her officials to initiate fraud charges against Crocia. It is clear that the prices were grossly inflated.

SA is poorer without you, Ntate Maponya

Which is why I believe that the investigation in this matter should be broader than mere fraud charges being levelled at Crocia.

If indeed the people at Crocia did inflate their prices, why didn't the government official/s who signed off on the deal spot the irregularity? I mean R470,000 for serviettes. Give me a break.

I am saying someone within the government system must have received a kickback for helping facilitate this. That's the only conclusion I could reach.

De Lille must be encouraged to go ahead with the criminal charges. At all stages of the investigation, the public needs to be communicated with. Far too often we hear of public funds being abused, investigations being initiated. The media goes wild while the scandal is still fresh, and the promises by officials to "get to the bottom of this" are still coming out thick and fast.

But once the media has gorged itself on quotable quotes, the officials seem to sit back and smile to themselves and say, "Well, we've done our job. They've got their soundbites now, you comrade, relax. You have nothing to worry about. We'll take care of this."

The official in question sometimes gets transferred to another department. Sometimes s/he stays with the same department, with no consequences. It is easy to understand why some good men and women in government will look the other way while the rot deepens. Taking action can sometimes be seen as biting the hand that feeds them.

Consequently, they bury their heads in the sand.

De Lille does not belong to the ruling party. Therefore, though she is a minority voice in government, she has less pressure on her to be complicit in the silence that is killing our country.

I sincerely hope she will use her independence to do the right thing.

An example needs to be made of the individuals guilty of misconduct in this matter - over and above the company that supplied the services. 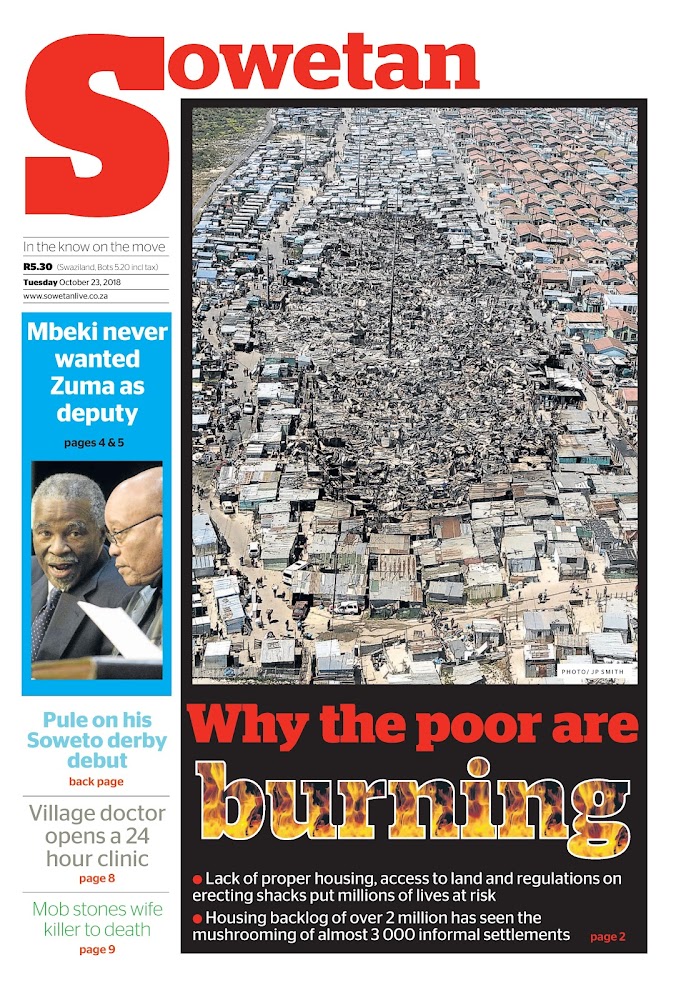