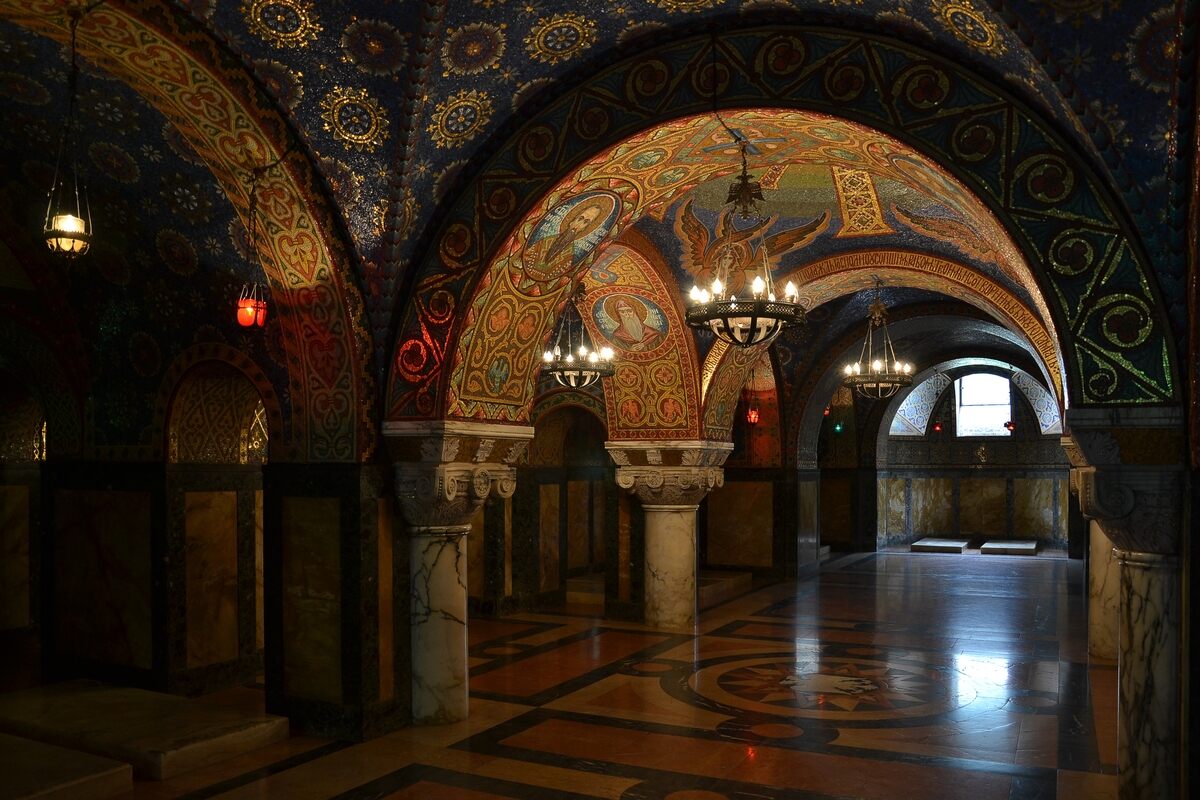 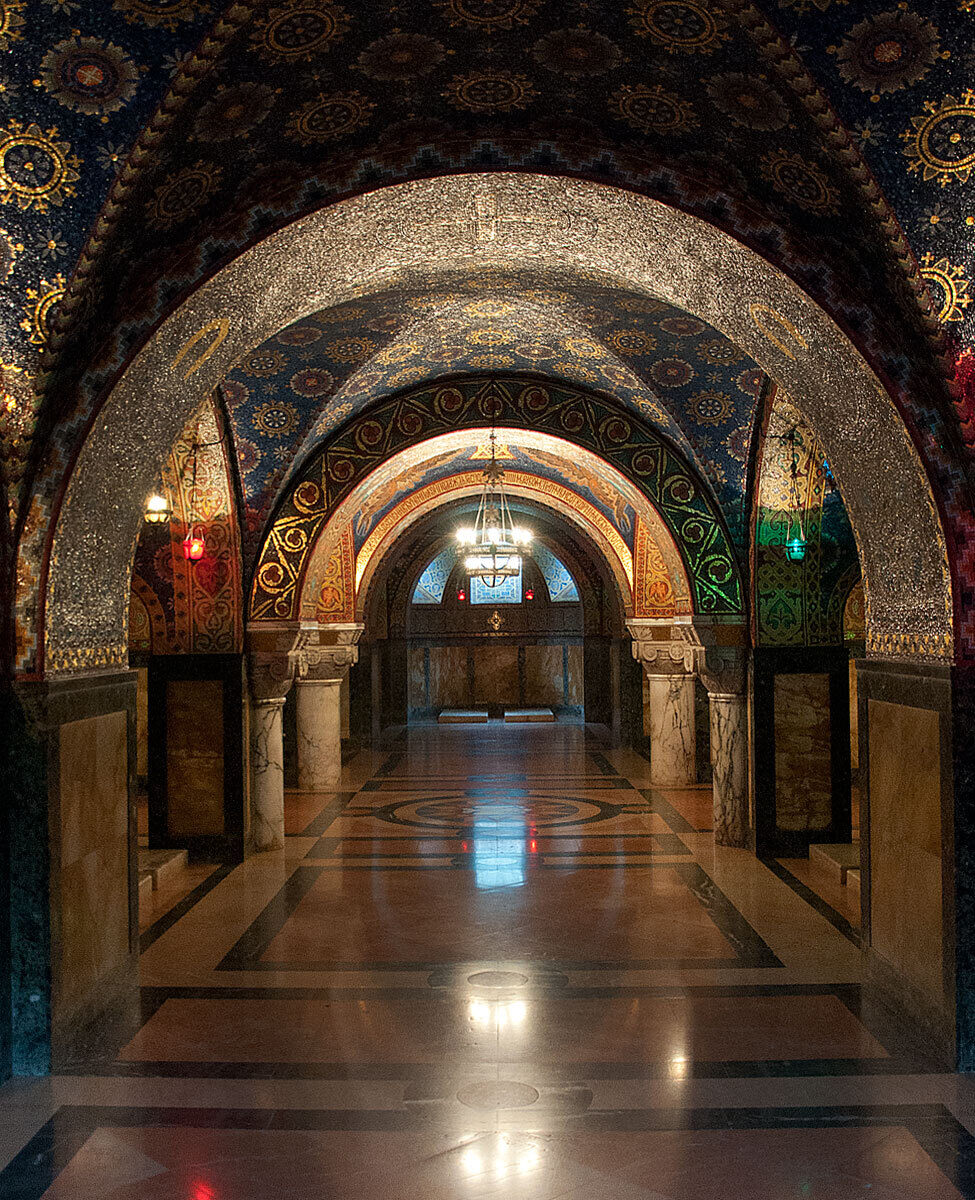 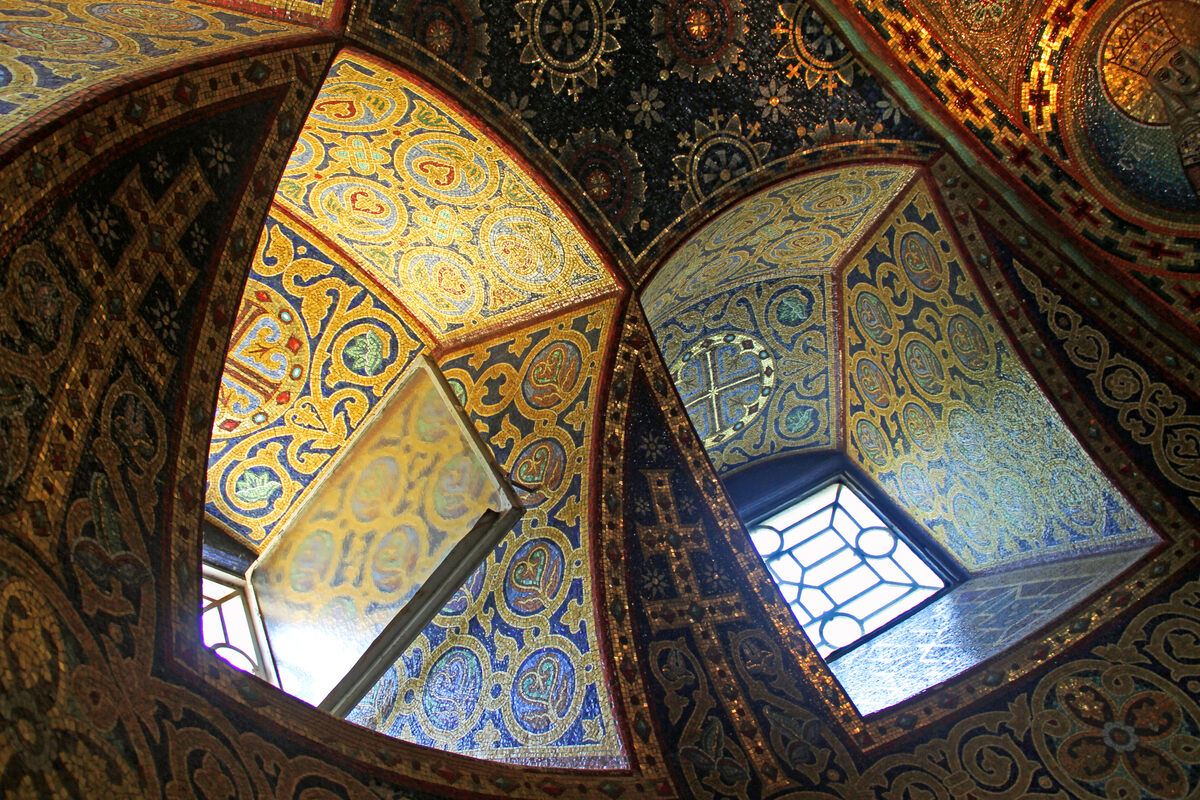 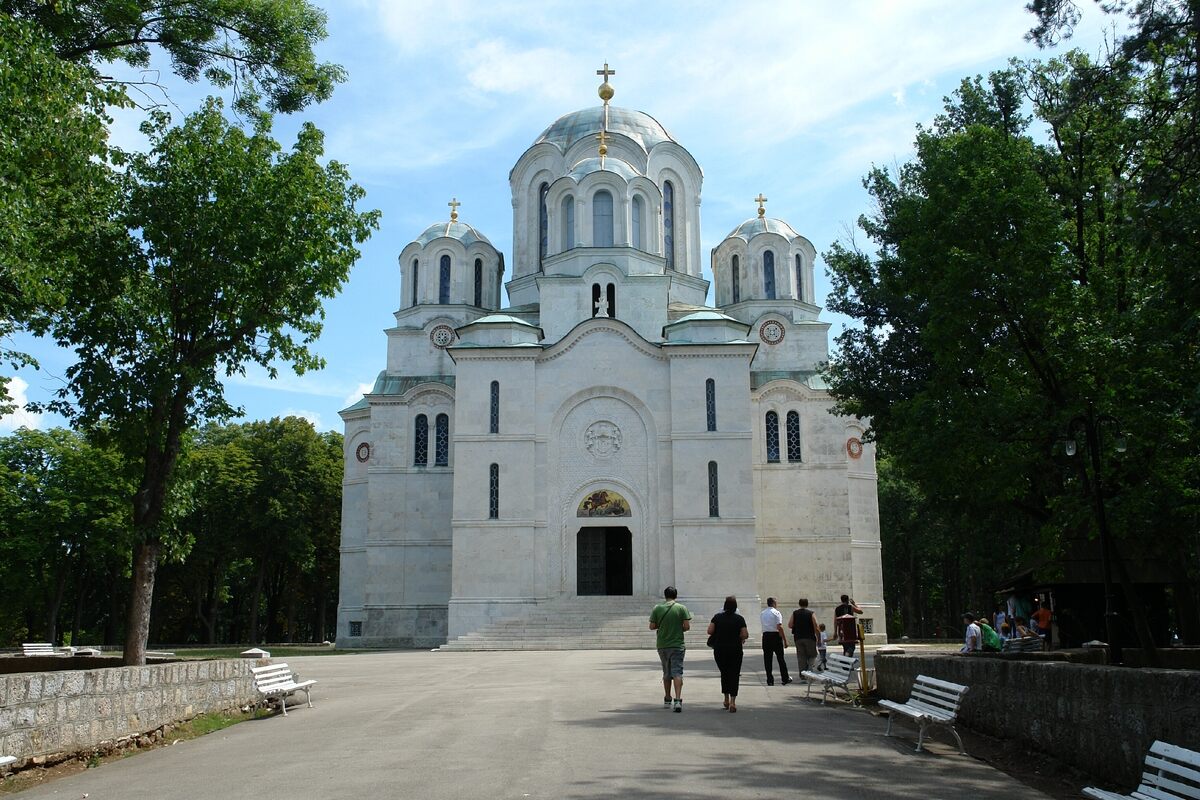 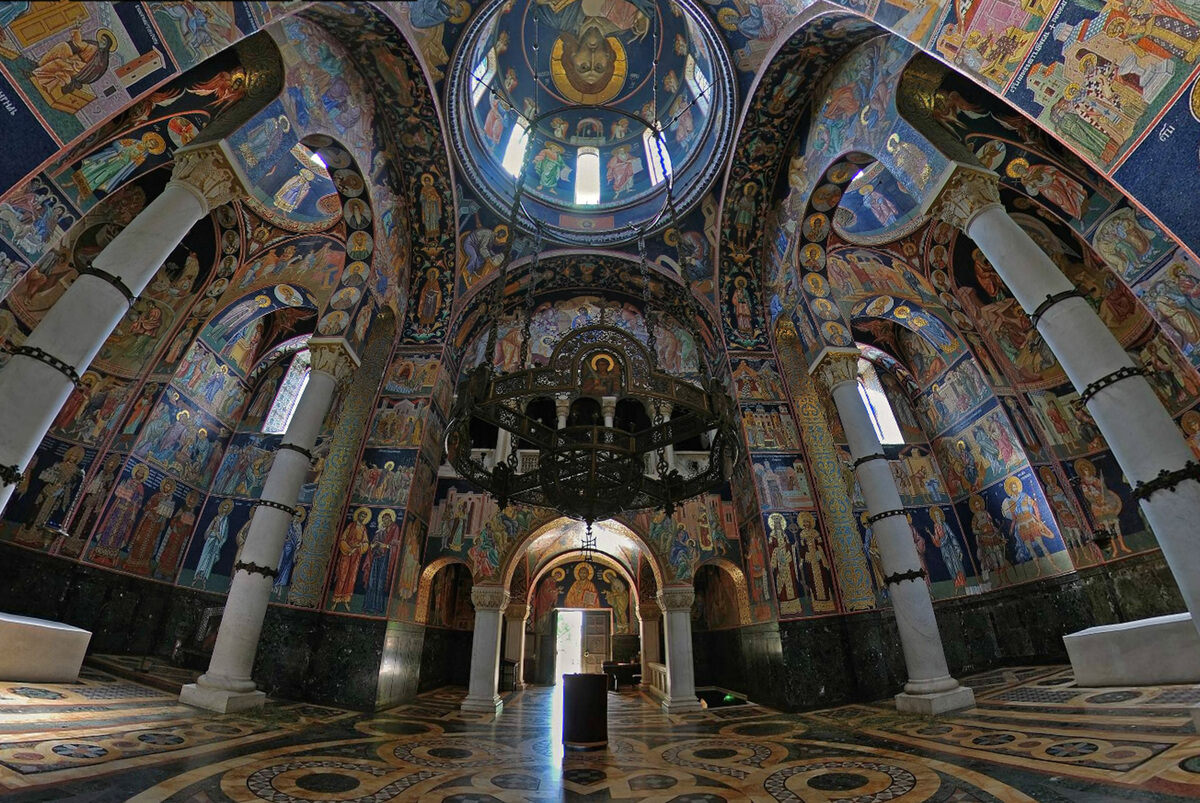 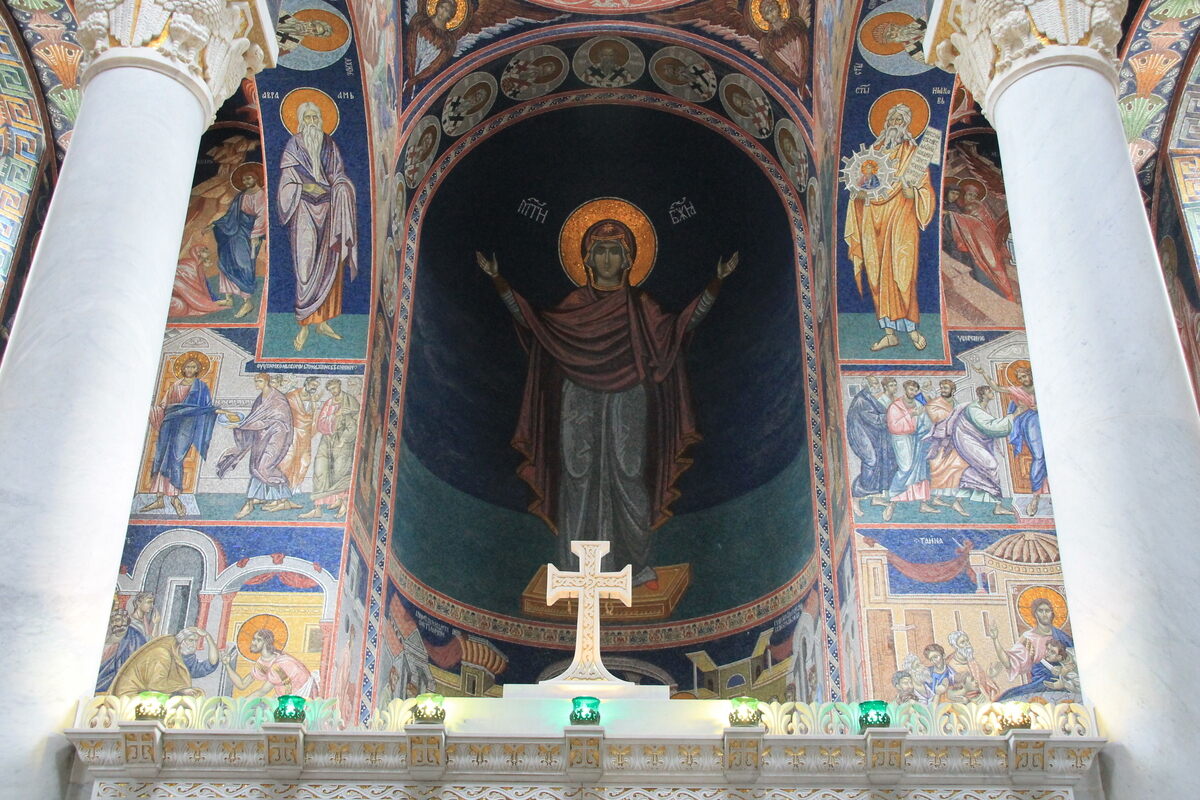 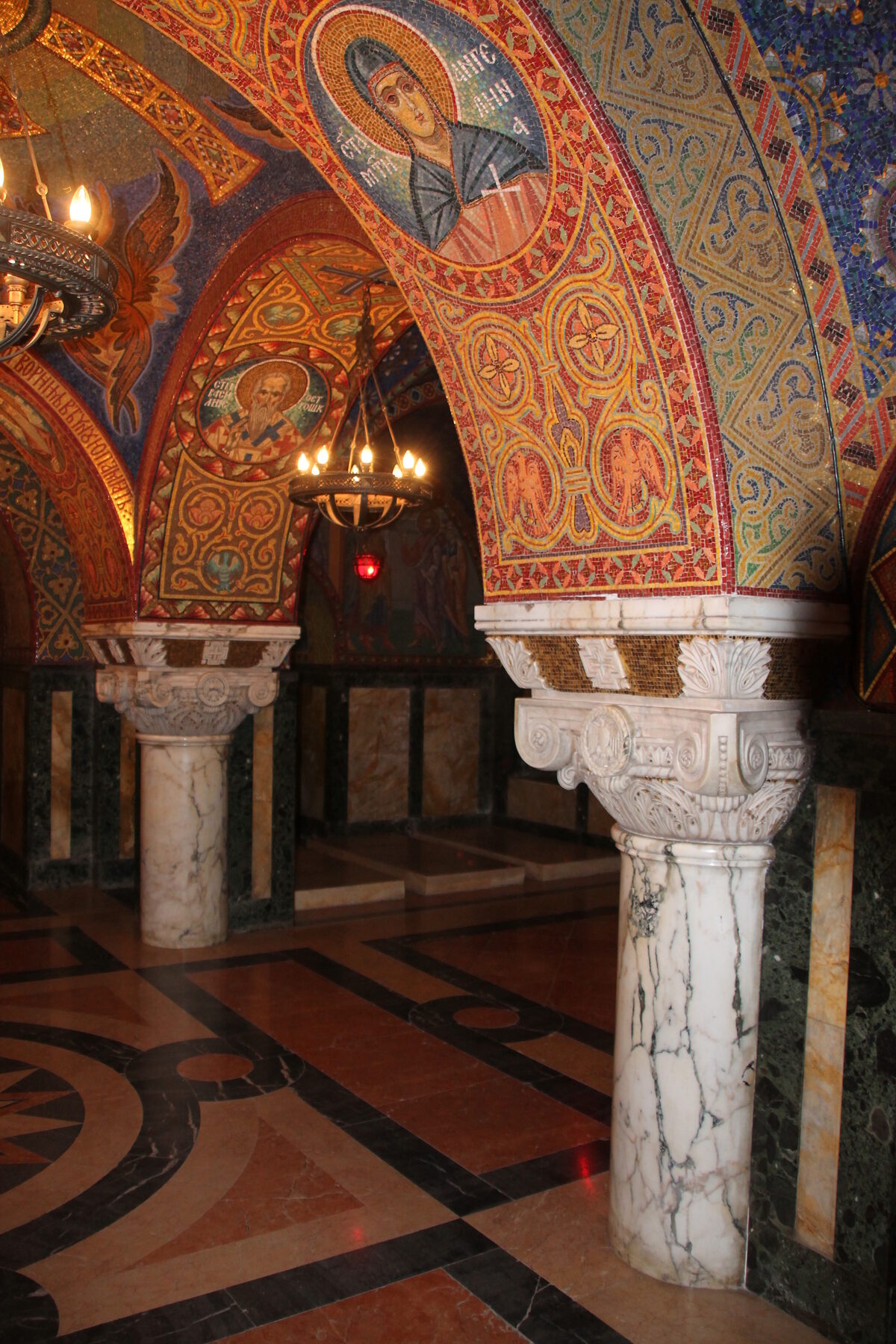 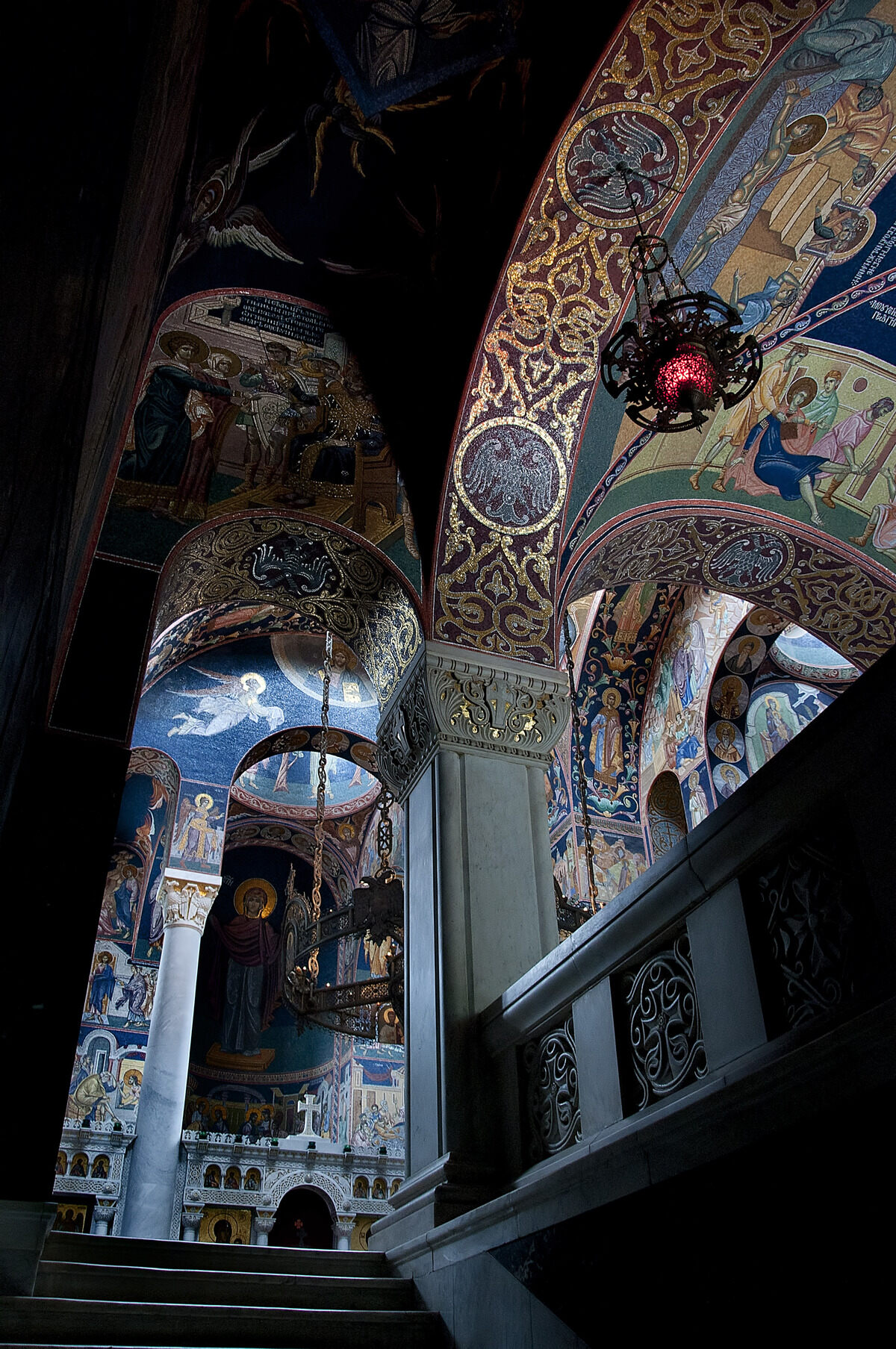 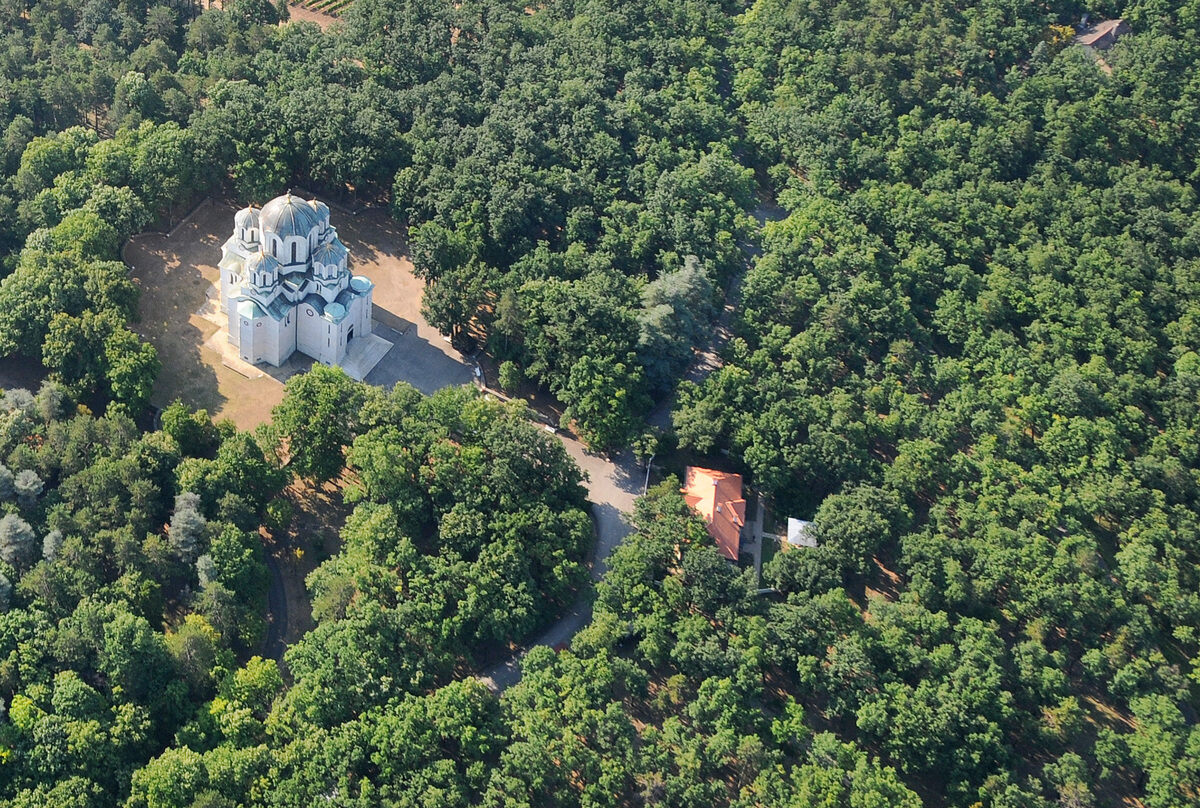 St. George’s Church, also known as the Oplenac Mausoleum, is both a church and mausoleum for members of the Karađorđević dynasty. It was built by King Peter I of Serbia.


The temple is a monumental building. Its interior is covered with more than 40 million pieces of colorful glass, creating a dazzling array of more than 15,000 shades of color. The mosaics, which pay tribute to the most prominent Serbian medieval frescoes and monasteries, surround the marble floor and iconostasis.

The church wasn’t always meant to have such wonderful mosaics. Originally, King Peter intended to have the names of all the soldiers who died in the Balkan Wars carved into the wall. But the king perished before the church was complete, and the start of World War I meant a new conflict was soon to claim more soldiers’ lives.

The upper part of the church contains the tombs of the founders of the Karađorđević dynasty. Six generations of the family, including Prince Alexander and King Alexander I, were buried in the church. Down in the crypt, you’ll find 39 additional tombs.

The church is located on the Oplenac Hill, near the town of Topola.  In addition to the church, the complex includes the royal vineyards and winery, the house of King Peter and the Vineyard Keeper's House.