Edinburgh. The Grave of 'The Great Lafayette' 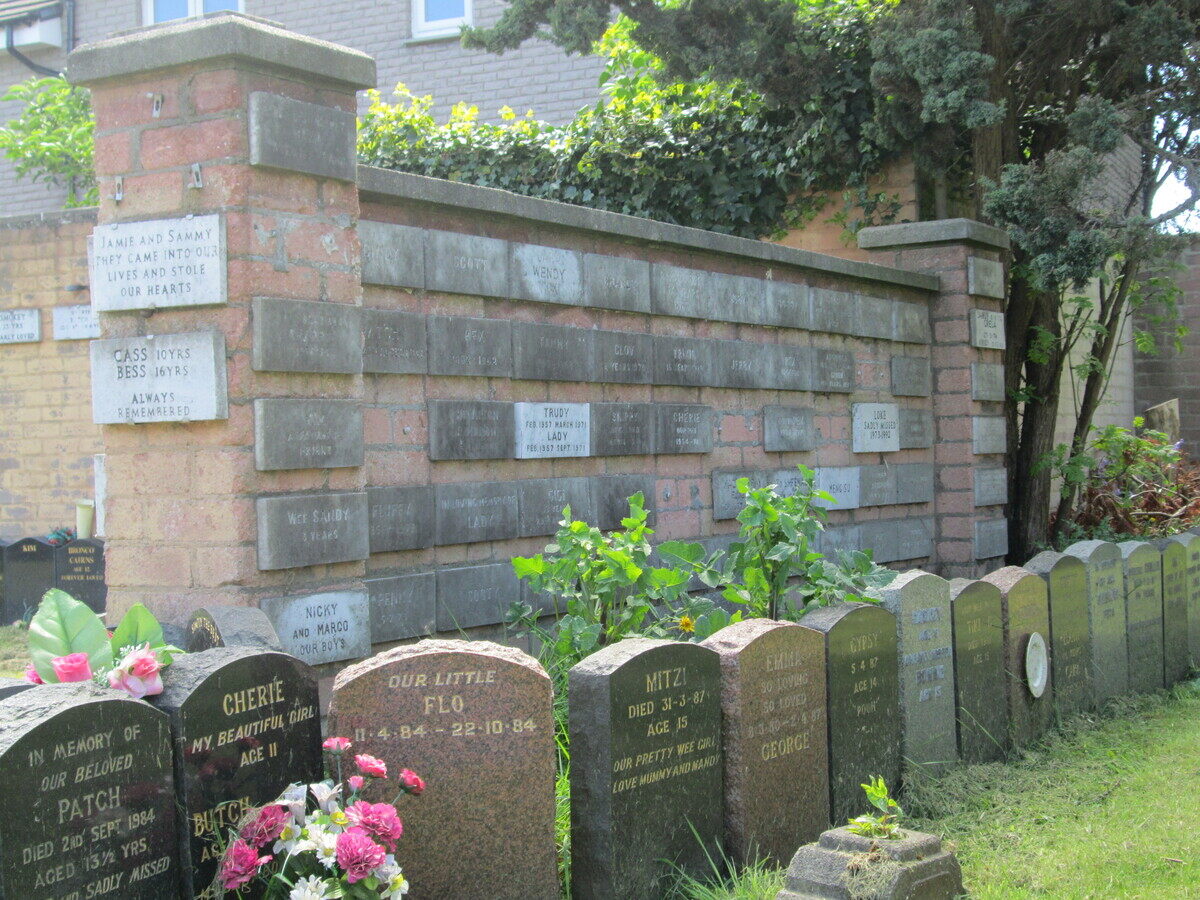 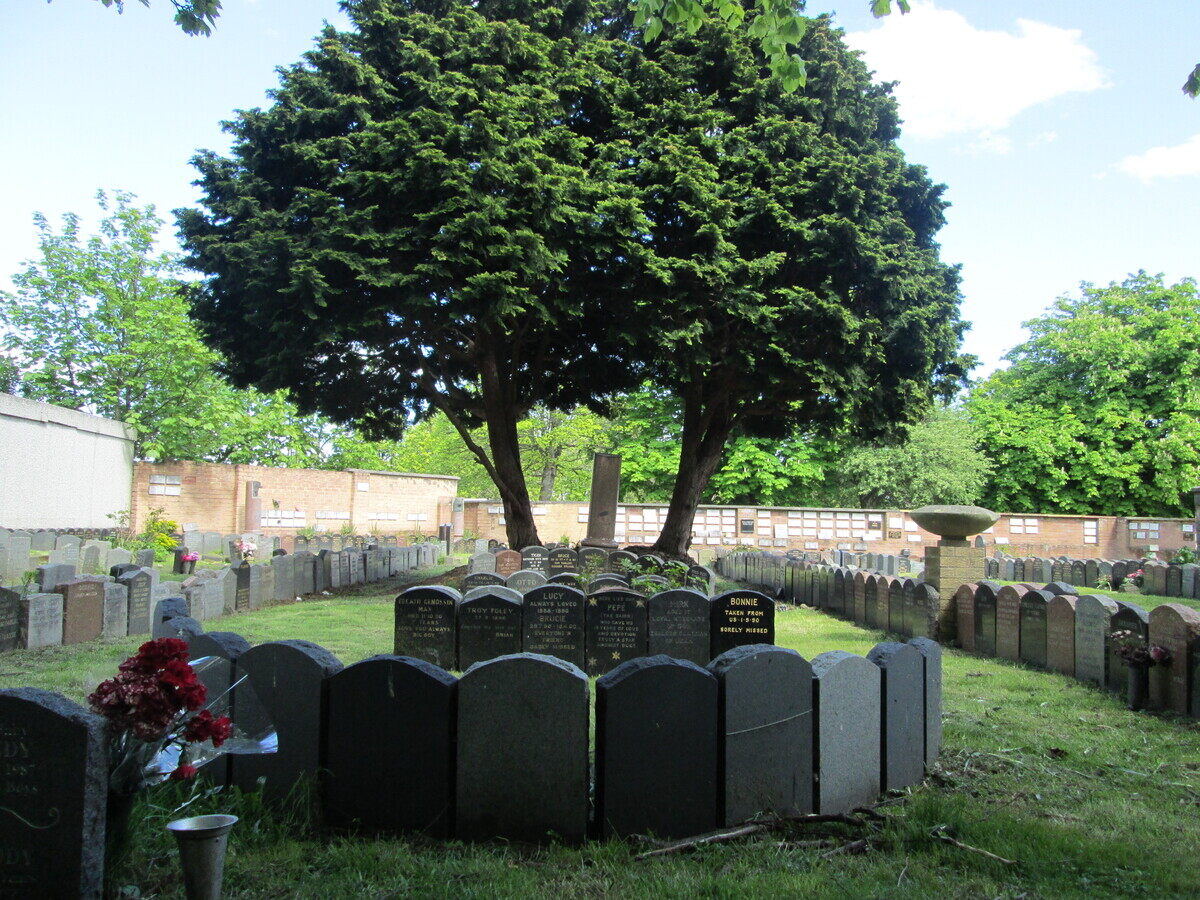 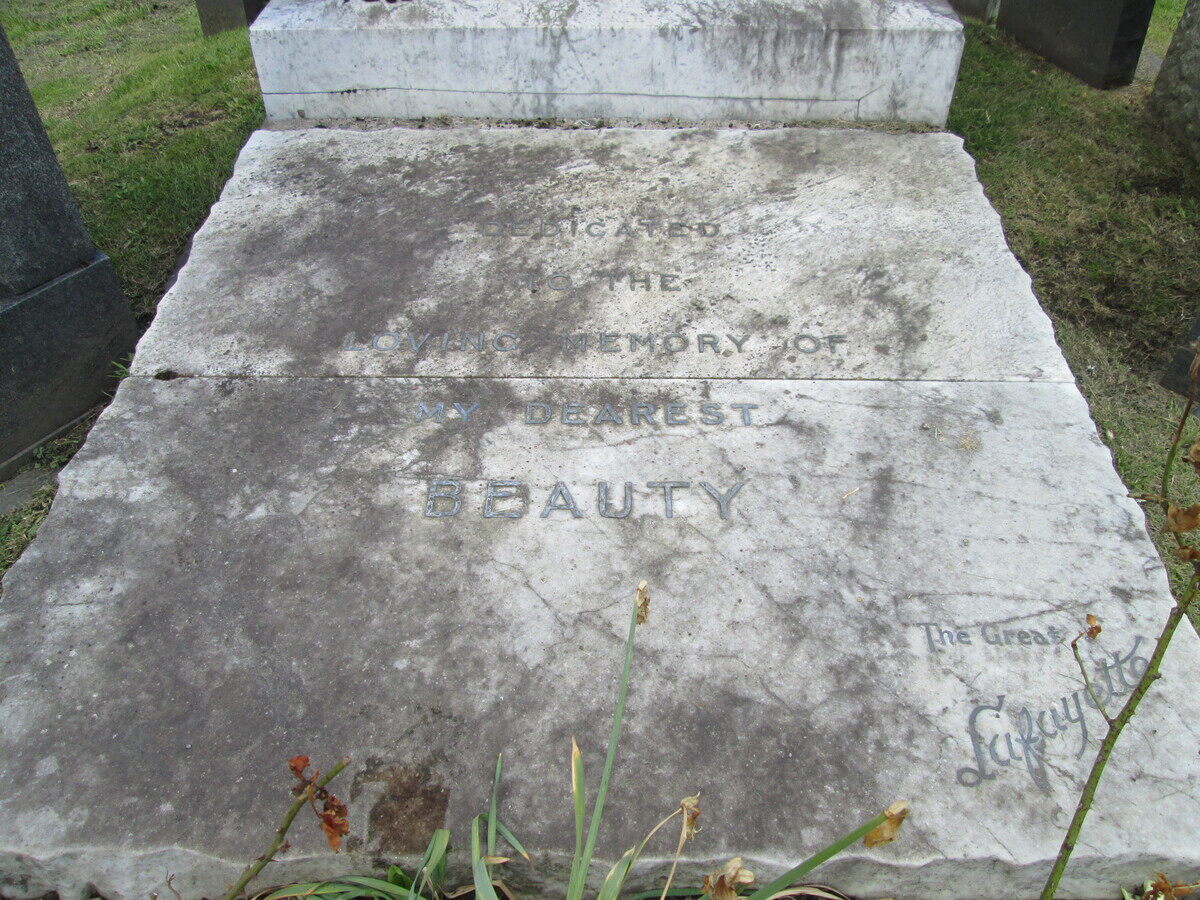 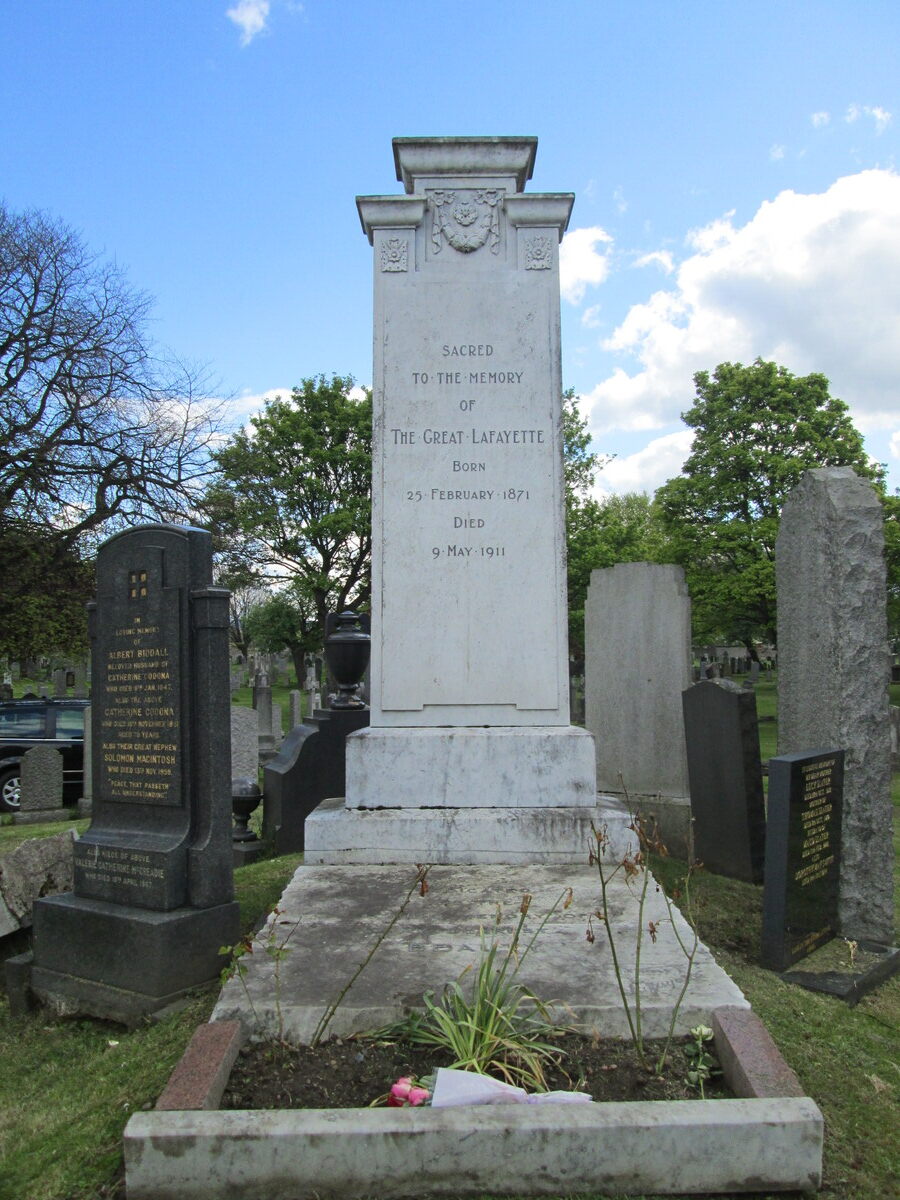 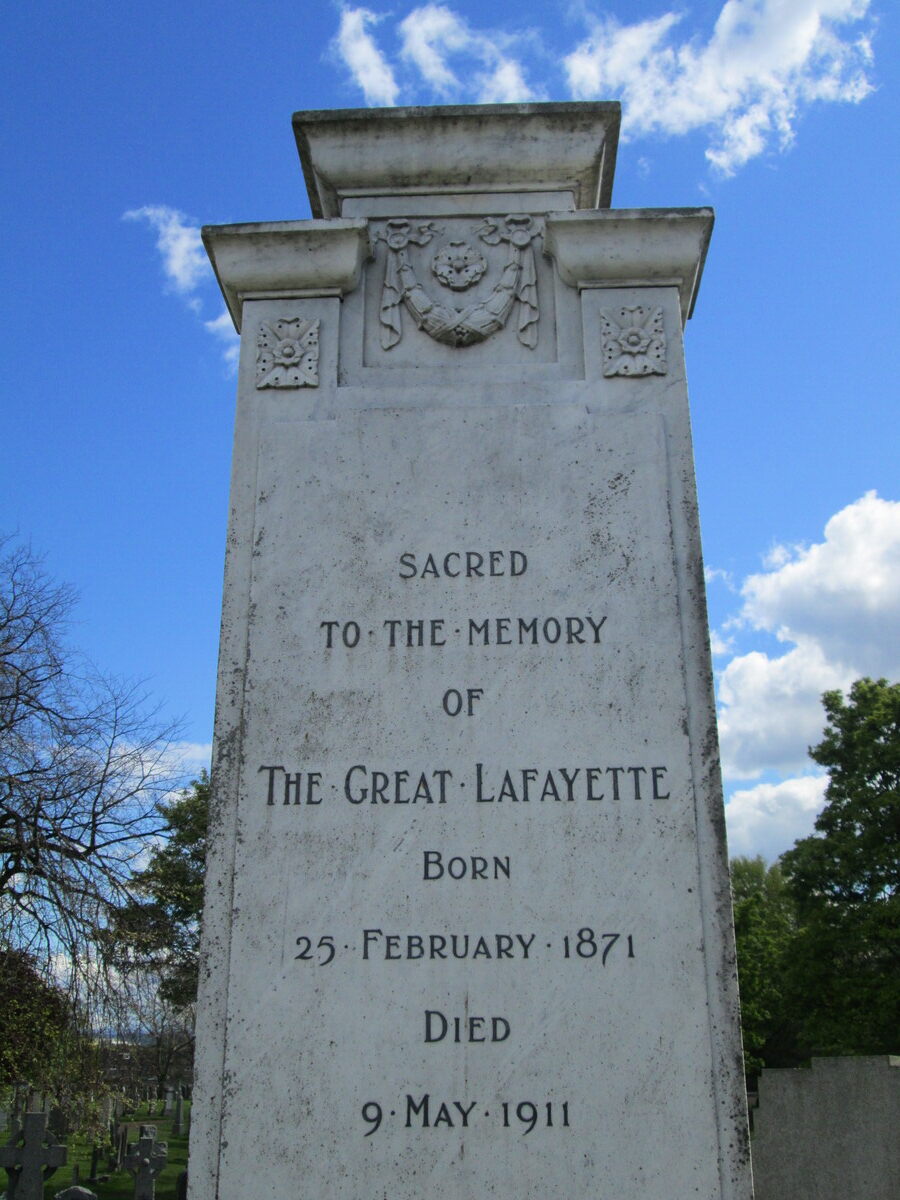 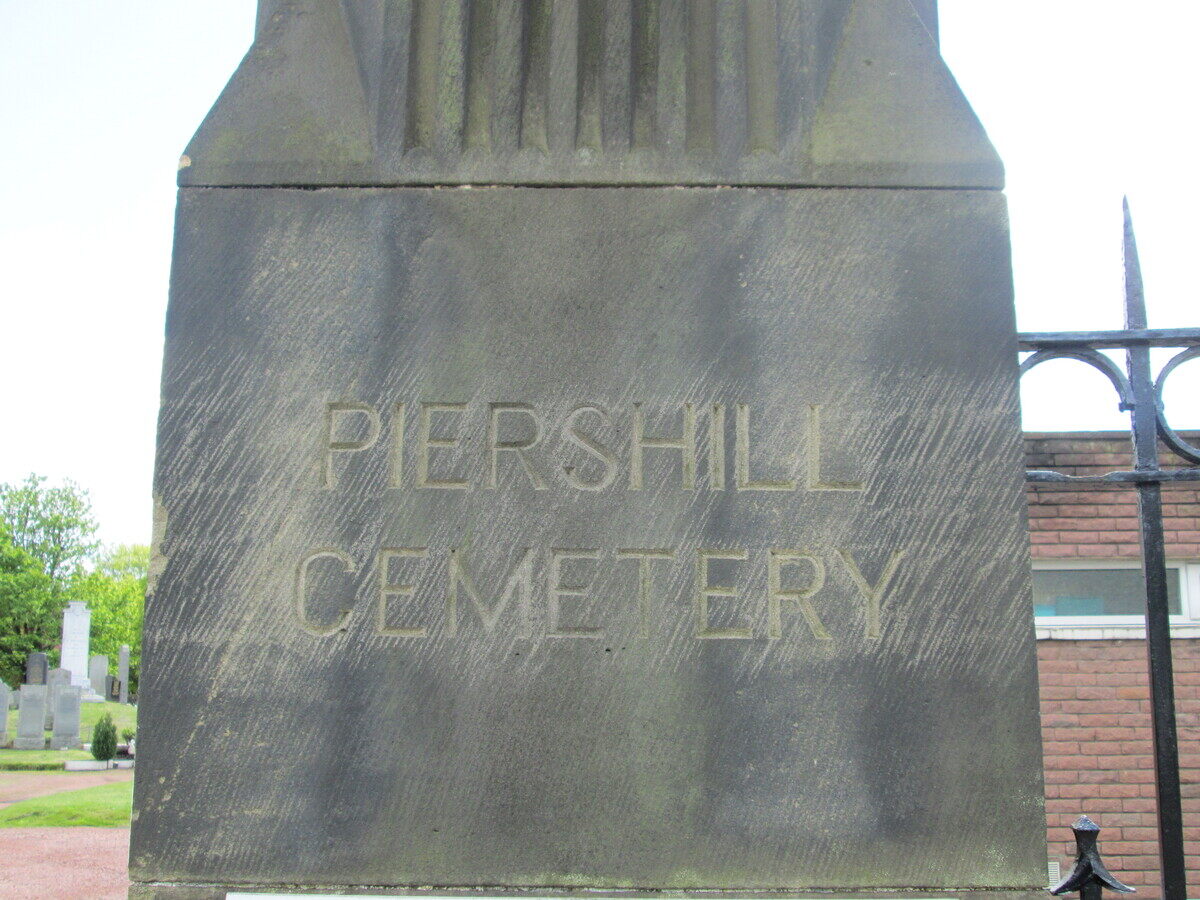 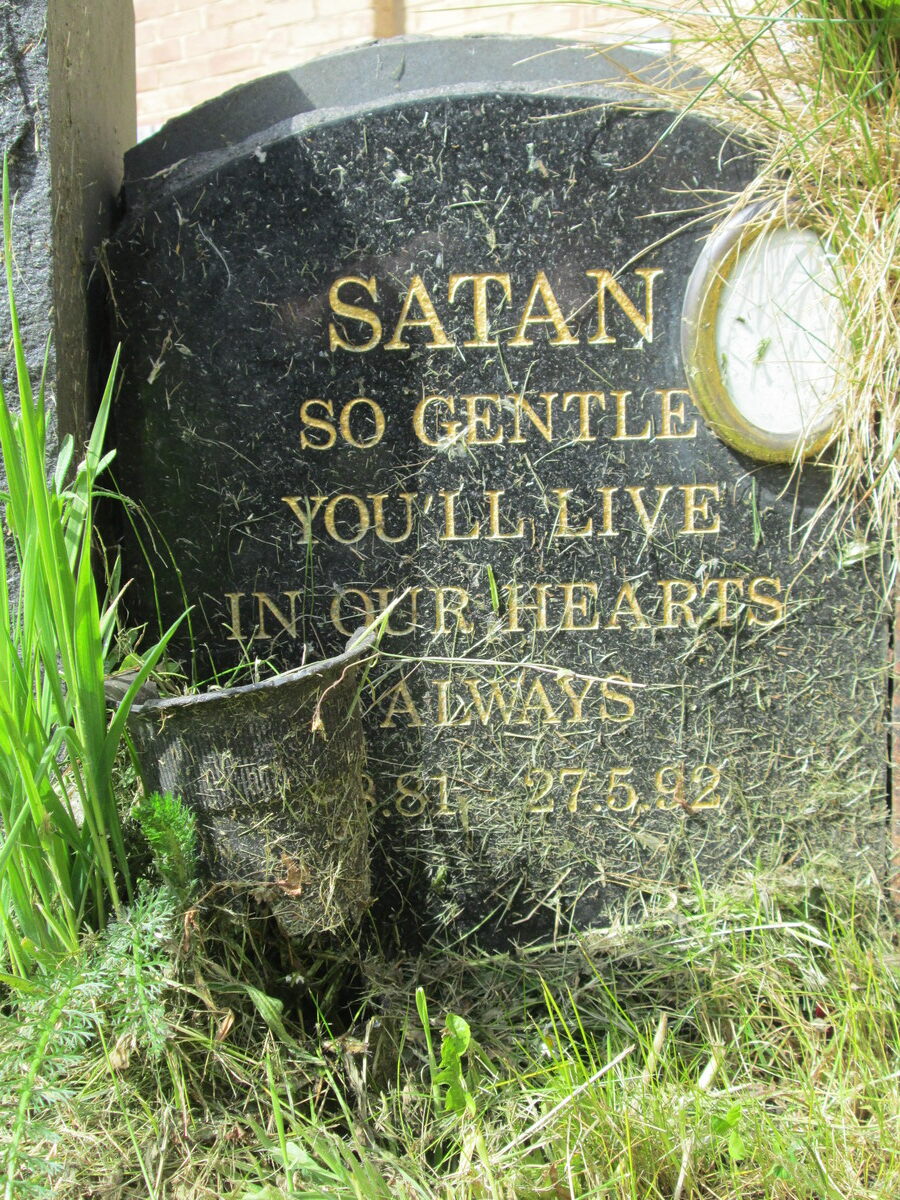 The magician was buried alongside his beloved canine thanks to a tragic twist of fate.


The incredible and tragic story of how one of the world’s most renowned illusionists and his pampered pooch came to buried together in this cemetery in the outskirts of Edinburgh is almost too unbelievable to be true.

“The Great Lafayette” was born Sigmund Neuberger in Berlin, Germany, in 1871. He became one of the highest-paid entertainers of his generation, with crowds and pay rivaling that of his contemporary and friend Harry Houdini. Due to his ill temper, The Great Lafayette made few alliances as his fame—along with his bank account—began to grow. Enter Beauty the terrier, a much-adored dog Houdini gifted Neuberger.

The Great Lafayette ensured Beauty’s every whim was catered to, indulging her with multi-course meals, diamond-encrusted collars, and separate suites. Sadly, Beauty died on May 5, 1911. Distraught, The Great Lafayette stipulated his treasured companion be buried with him. This would prove to be very prescient, as the entertainer succumbed to a similar fate a few days later.

On the night of May 9, The Great Lafayette was performing his famous “Lion’s Bride” act at the Empire Theatre (now the Festival Theatre) in Edinburgh. During the course of this quick-change magic act, a lantern fell onto the stage, engulfing it in flames. Because The Great Lafayette was suspicious of interlopers knowing of his conjuring secrets, he had the fire exits locked. This prevented him and 10 stage hands from escaping the disastrous inferno.

A body believed to be that of The Great Lafayette was sent to Glasgow for cremation. However, another body was recovered and identified as the true Great Lafayette by the rings on his fingers. The initial corpse was that of his body double dressed.

As an act of fate, both owner and domesticated animal were buried in the same plot. It is said that hundreds of mourners lined the streets of Edinburgh to pay respects to one of the world’s greatest entertainers. There are tales that the theater is still haunted by the roars of a lion that perished in the fire that consumed this enigmatic figure.

Piershill Cemetery is located on Portobello Road between Edinburgh and Portobello Beach. The gravesite is easily recognized. You can spot the white marble headstone directly across from the entrance.