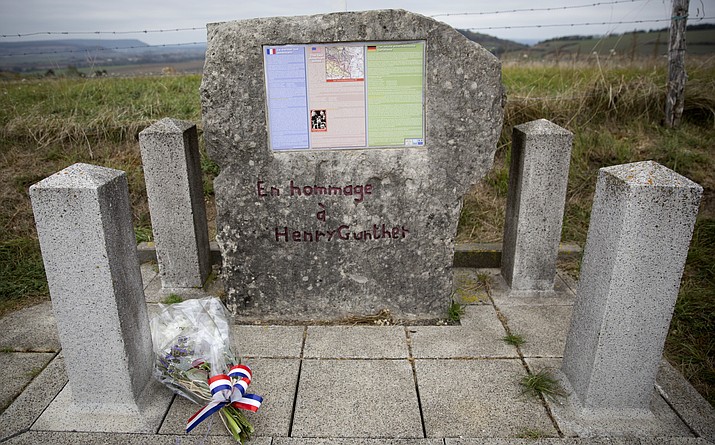 
The last American to die in World War I didn’t really want to fight in the first place — which makes his decision to run ahead toward enemy lines all the more confusing.

Henry Gunther died at 10:59 a.m. on Nov. 11, 1918, less than one minute before the end of the Great War. But it was only one year earlier that Gunther had been demoted after military censors intercepted a letter he sent home that criticized the war.

“You weren’t supposed to bad-mouth the American government,” Jonathan Casey, the Director of Archives and the Edward Jones Research Center at the National World War I Memorial, tells TIME. “You’re supposed to support everything and do what you’re told, otherwise you could get in trouble: and [Gunther] did get in trouble.”

Gunther lost his role as a sergeant and became a private in the Army, slipping down multiple rankings. As strange as receiving such a punishment for a mere letter may seem, correspondence was about more than just keeping family up to date. It was also a kind of morale-boosting exercise for people back home. And, in light of the passing of the Espionage Act, it was clear what kinds of letters should be written by those on the front lines. “They were told what they could say and not say,” Casey says.

A critical letter was thus uncommon for the period, according to Casey, who says that in the thousands of letters in the Museum’s collection, there is no similar example. Most letters sent home were about what the soldiers ate, how they slept, how they were enjoying things — “nothing overtly political or seditious,” he says.

Though the content of Gunther’s infamous letter, which reportedly discouraged a friend from enlisting, remains unknown, it presumably fell into one of those problematic categories, or both.

Gunther’s participation in the war was a result of the draft, rather than a voluntary service. “His life was pretty good back home,” Casey says. When he was called to serve, it was with reluctance that he left his new job at a bank and new girlfriend, Casey explains — so it’s perhaps no surprise that Gunther, a 23-year-old from Baltimore, verbalized his frustration. But after his letter was intercepted, Gunther’s German heritage made his comrades suspect that there was something deeper to his dissatisfaction, and that perhaps he sympathized with the other side.

When the author James M. Cain later covered Gunther’s death for the Baltimore Sun, that dynamic was clear.

Cain, himself a private for the American Army writing from France after the war, described Gunther as a soldier who was tormented by the shameful loss of rank — and someone who had always worked hard in his role as supply sergeant, regardless of his personal feelings about the military.

Cain’s account also noted that Gunther had been shot in the wrist days before his killing on Nov. 11. “The next day he reported for duty and went on as usual,” Cain wrote.

And so Gunther set out to continue proving his allegiance to the American side, Cain theorized.

“Gunther still must have been fired by a desire to demonstrate, even at the last minute, that he was courageous and all-American,” Cain wrote.

On Nov. 11, 1918, the Germans were already privy to the agreement between the Allies and Germany that fighting would end at 11 a.m. that day. Some accounts report that Gunther’s unit, fighting in Chaumont-devant-Damvillers, France, was also aware of the armistice. But Cain’s 1919 article argued that the unit did not know the war was over.

The Sun article says that the Germans tried to tell Gunther to “go back” as he began running towards them with his bayonet.

“After several vain efforts to make him turn back, the Germans turned their machine gun on him,” Cain wrote. Thus, one minute from the end of fighting, the last American soldier was killed.

Beyond Cain’s reporting, there’s little to no record of what Gunther felt during the leap of faith that led to his death. But, like Cain, Casey thinks the shameful experience of losing rank made Gunther want to prove himself as a good soldier.

“He just had a change of heart, it seems like. He was just put in a position where he could make good of himself,” Casey posits.

Gunther’s rank as sergeant was posthumously reinstated years later. Today, his body lies in his family’s plot in Baltimore at the Most Holy Redeemer Cemetery. Despite the unnecessary nature of his death in the final moments of the war, his grave reveals how he is remembered. Beneath imprints of his photos and uniform decorations, Henry Gunther’s tombstone reads, “highly decorated for exceptional bravery and heroic action that resulted in his death one minute before the armistice.”

And, exactly one century after his death, we’re still talking about him. Why he died may remain something of a mystery, but whether he’ll be remembered as a soldier is no longer up for debate. 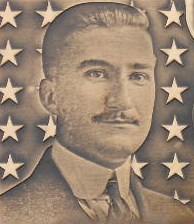 Portrait of Gunther which appears on his grave. https://en.wikipedia.org/wiki/Henry_Gunther#/media/File:Guntherplaque.JPG