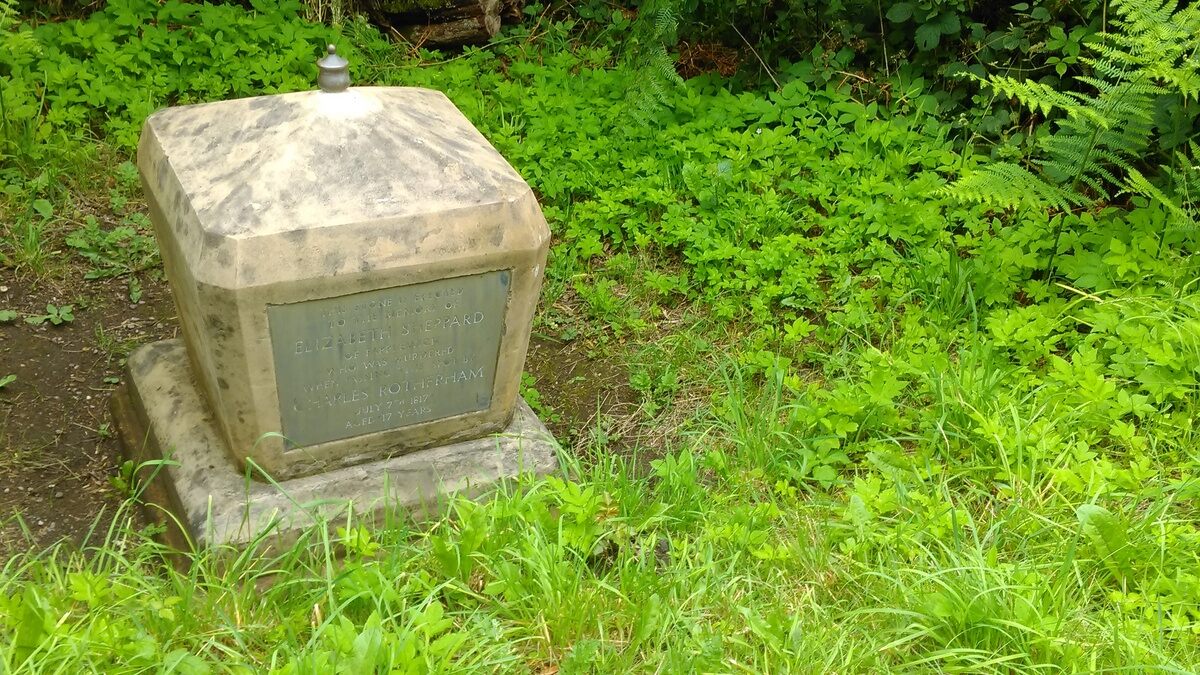 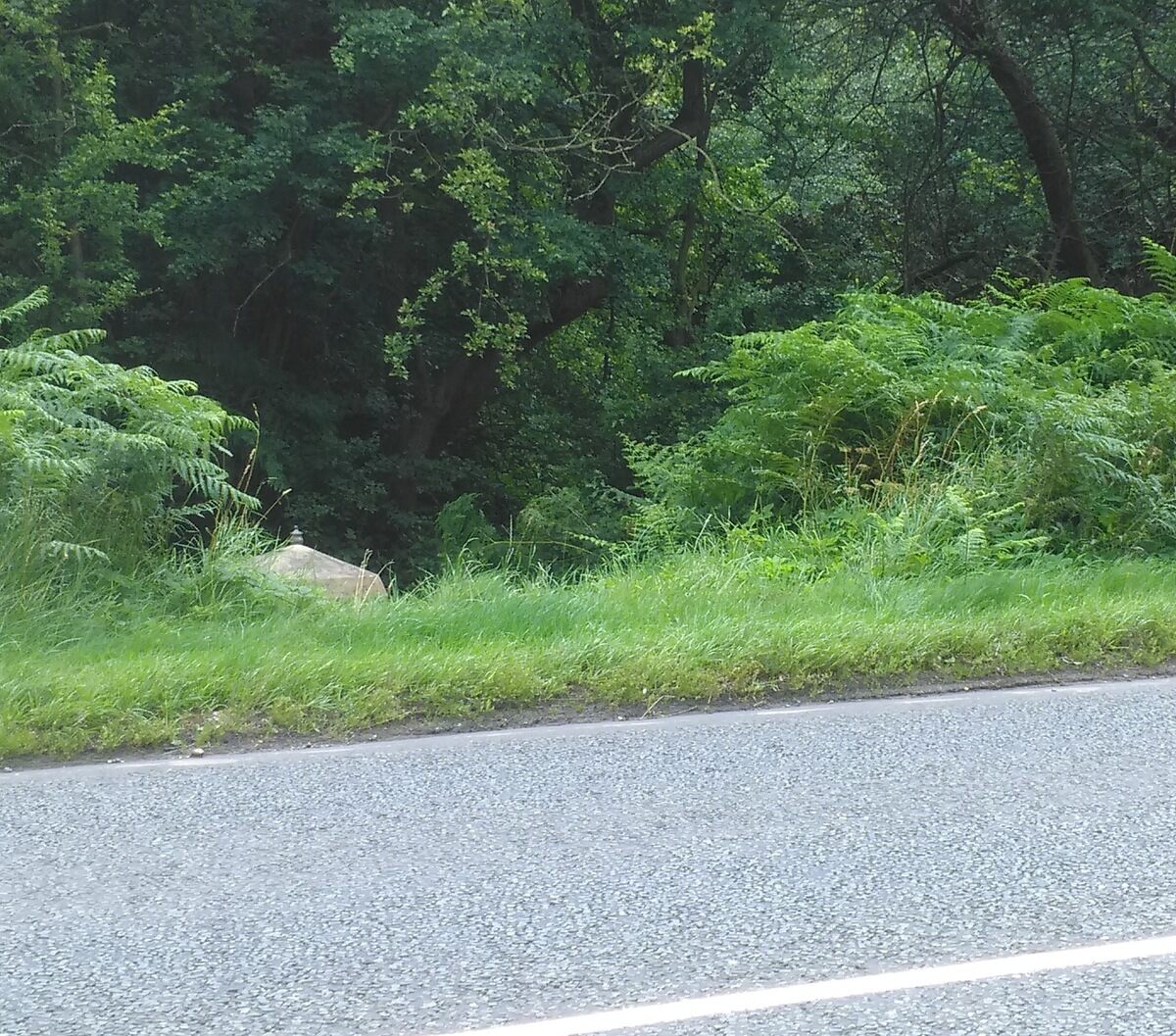 This lonely memorial marks the supposedly haunted site of a brutal 19th-century murder.


Largely forgotten in the undergrowth of Thieves Wood, this simple stone was erected in 1819 by the shocked residents of Sherwood Forest, Nottinghamshire, in response to the murder of a teenager from the rural village of Papplewick.

Seventeen-year-old Elizabeth “Bessie” Sheppard failed to return home in July 1817, after looking for work in the nearby town of Mansfield. She had been beaten to death with a hedge stake by Charles Rotherham, a Napoleonic War veteran from Sheffield, who had been drinking in the nearby Hutt public house.

After the seemingly random murder, Rotherham relieved Bessie of her only saleable possessions, a pair of shoes and an umbrella, and disposed of her body in a ditch. He returned to the Hutt, where he failed to sell his stolen goods, before continuing south towards Nottingham. He attempted to sell them again at another pub on the way, before finally succeeding in offloading the incriminating umbrella and shoes in a third pub in Redhill.

After a manhunt on an unprecedented scale, Rotherham was finally apprehended loitering on a canal bridge in Loughborough, Leicestershire, and sent back to Nottingham, where his subsequent trial and public execution by hanging drew large crowds.

Visitors looking for the often-overgrown memorial to Elizabeth Sheppard should take note that the ghost of Bessie is said to appear every time the stone is disturbed. The A60 Nottingham Road was widened in the 1930s and the stone moved back several feet. An eerie figure was seen loitering around the spot where the stone used to be for a number of days afterward. Similar sightings were reported 20 years later after the stone was hit by a car.

A final curious event happened in 1988, when vandals struck the cemetery in Papplewick where Sheppard is buried, and her gravestone went missing. A police officer was photographed by the Bessie Sheppard Stone for an item in a local newspaper about the vandalism. Feeling a strange need to touch the stone, the officer had a revelation, immediately returned to Papplewick and located the missing gravestone buried in vegetation 200 feet away from the grave. This gave Bessie her gravestone back, and the local newspaper a much more interesting story than they first anticipated.

The stone lies only a few meters away from where the Robin Hood Way long-distance footpath crosses the A60 (Nottingham Road), a busy main road linking Nottingham and Mansfield. The stone is notoriously difficult to spot from a moving vehicle, and best sought out on foot. There is a carpark at the nearby Portland College Cafe, but you will have to buy tea coffee or cakes or sandwiches from them if you would like to use it. Heading towards Mansfield, there is a road sign welcoming you to the Ashfield District. The stone is just across the road from this sign. If you are thirsty for more history (or just beer), the 13th-century Hutt public house where Rotherham had been drinking still exists a mile and a half towards Nottingham from the memorial stone.