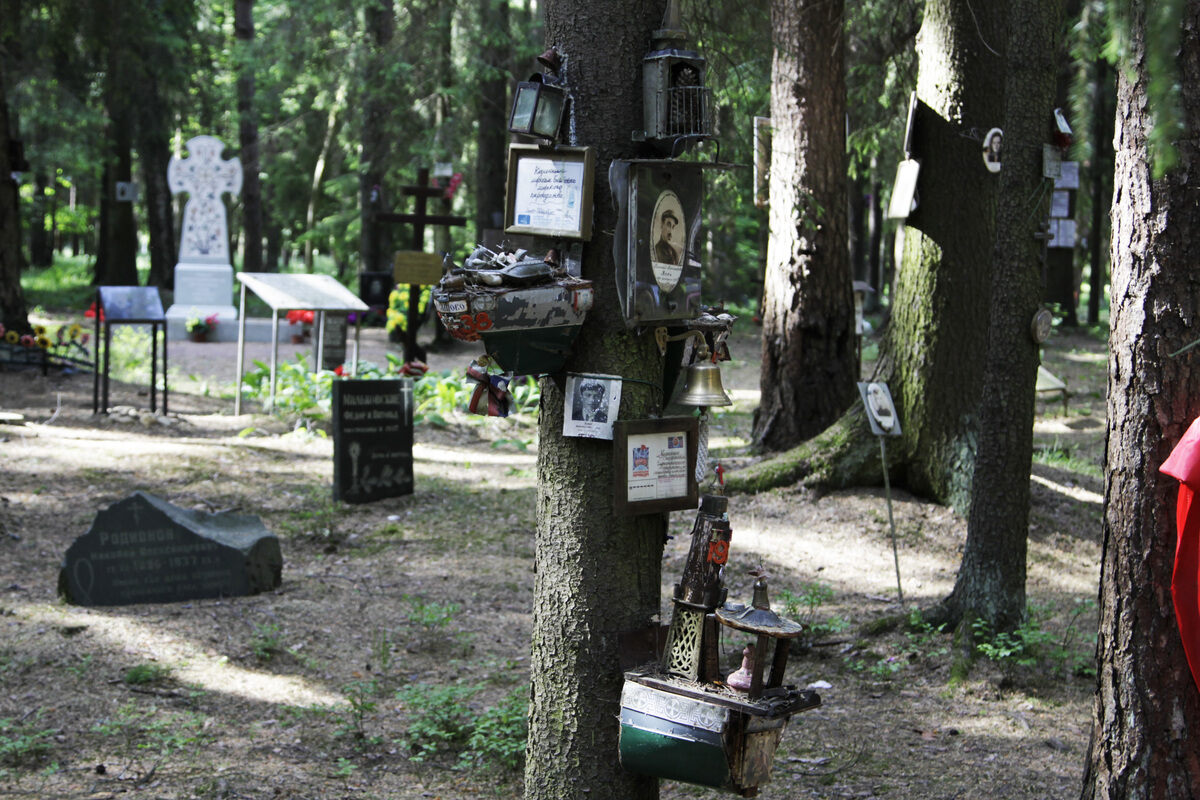 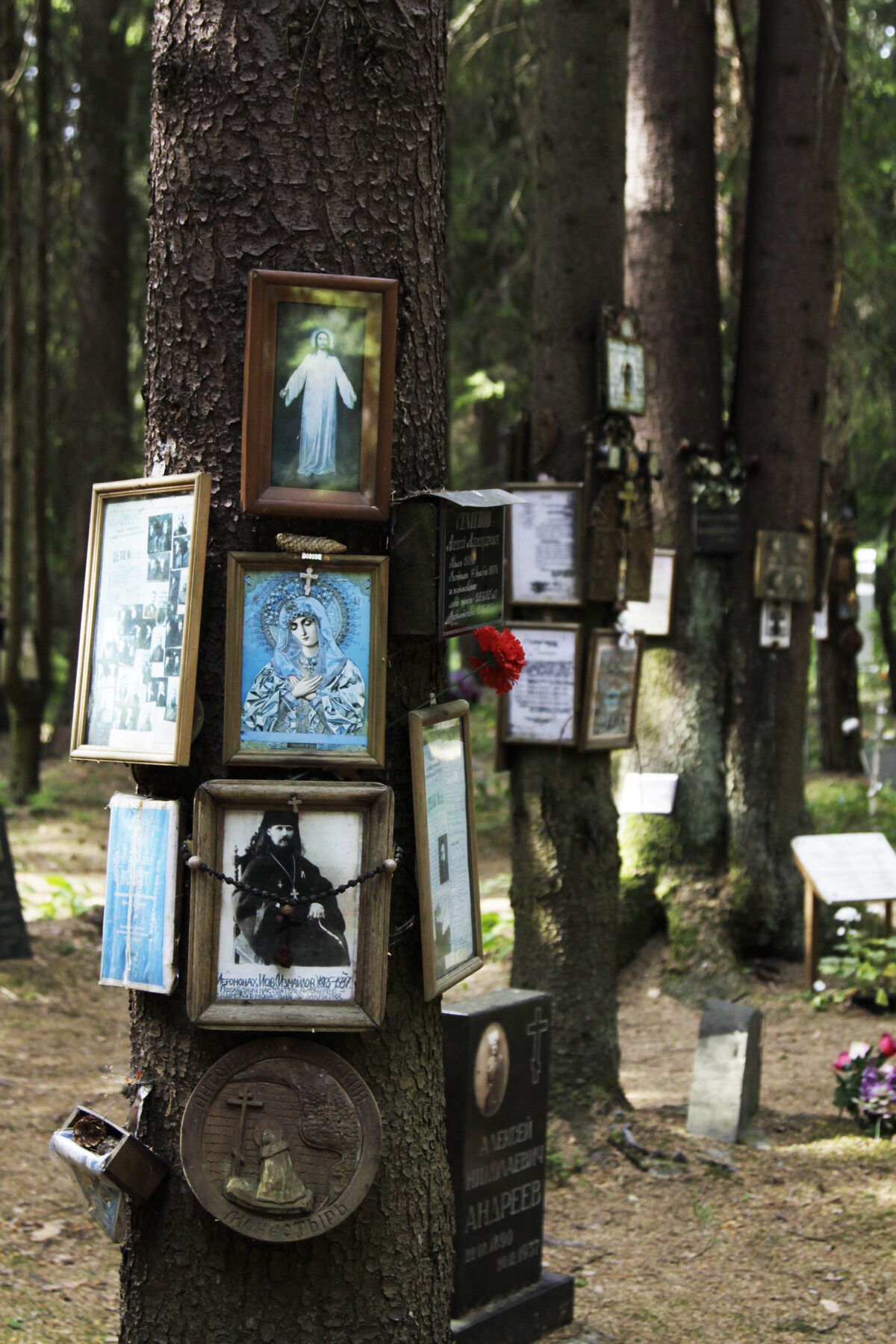 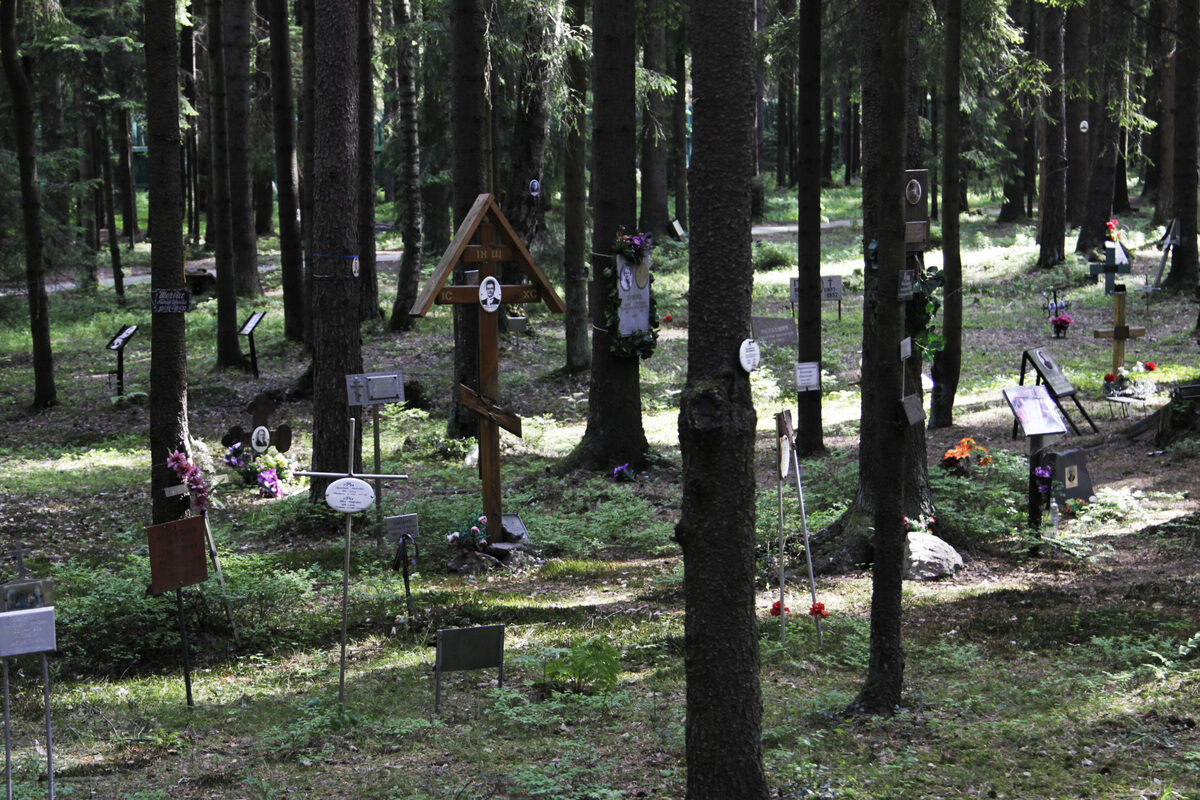 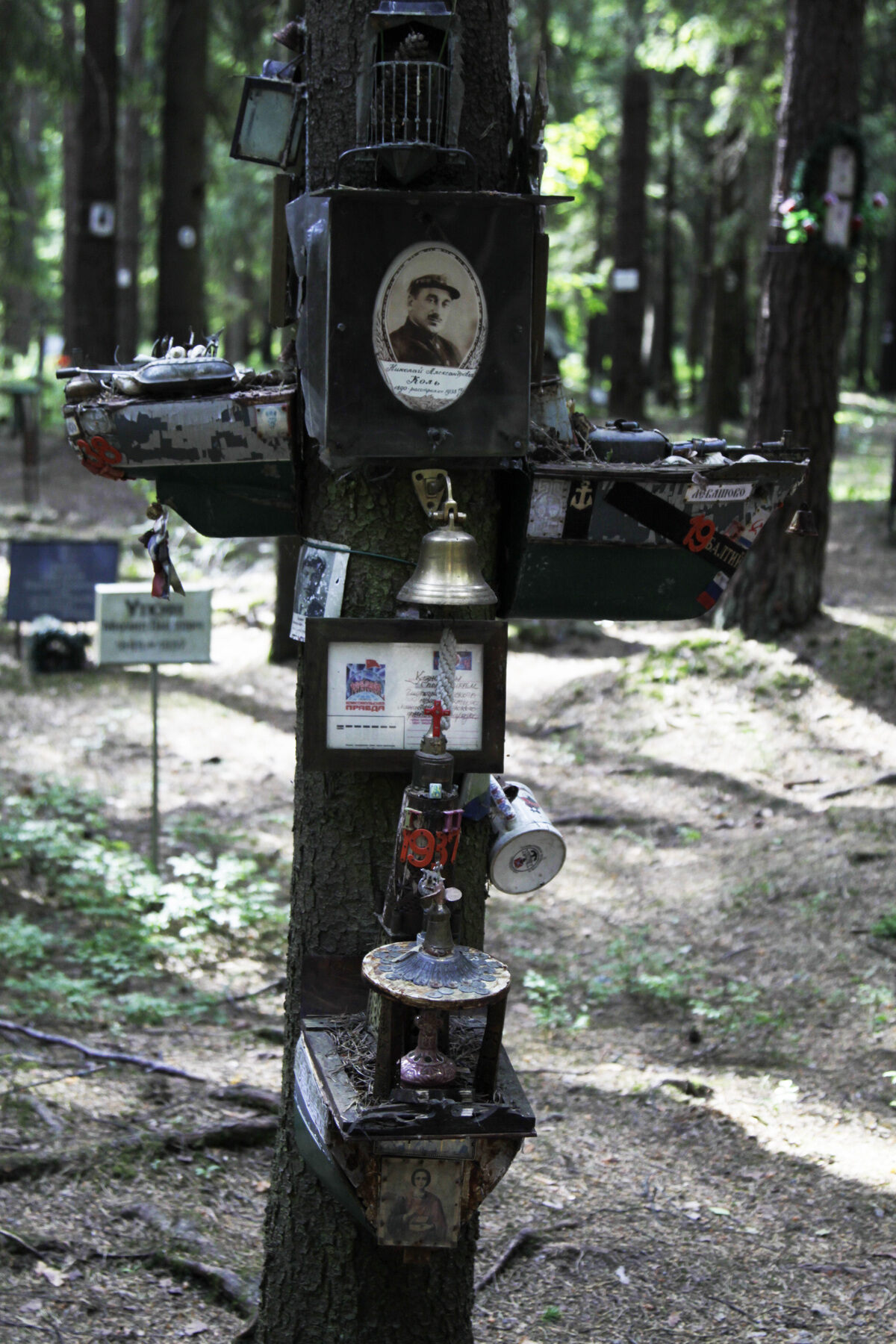 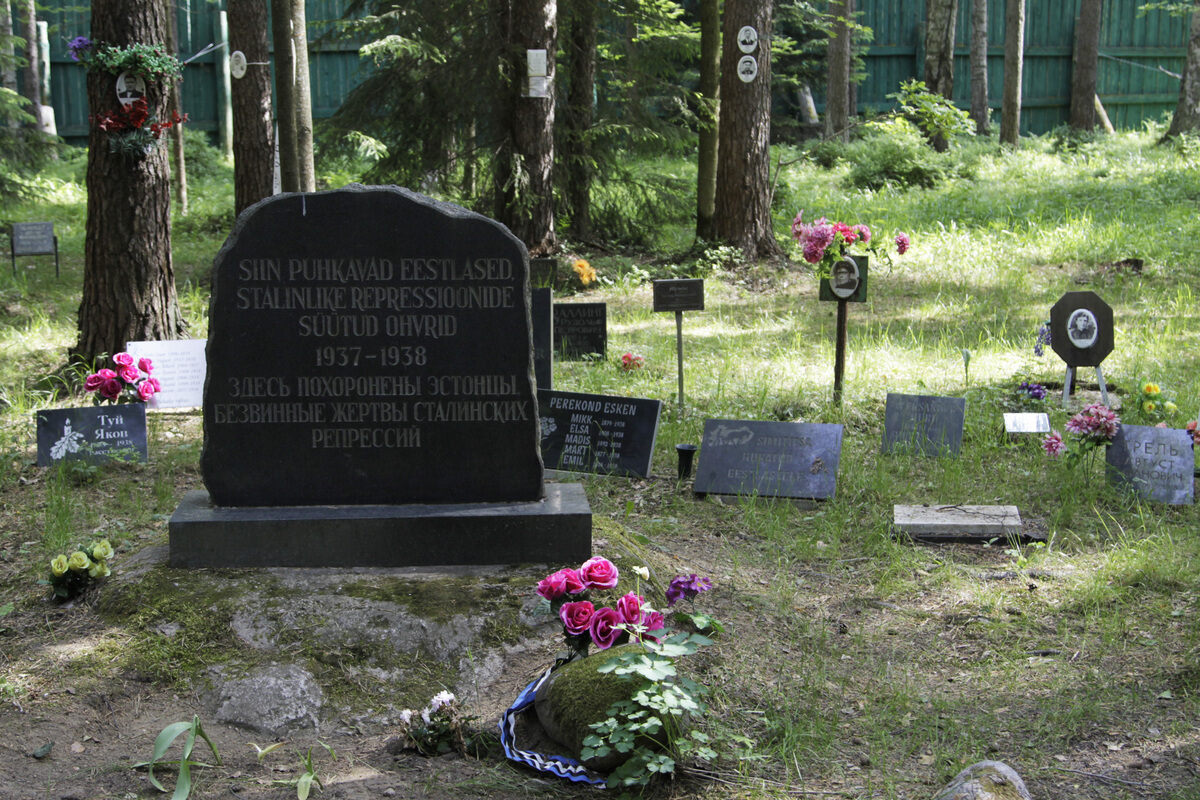 Pictures tacked onto trees remember the more than 40,000 of Stalin's victims buried here in mass graves.

This patch of forest near Saint Petersburg has a grim history. Though it now appears to be a peaceful, wooded sliver of earth, it’s actually a cemetery filled with more than 40,000 victims of Joseph Stalin’s regime. It was a top secret spot, and it only opened to the public in 1989.

From 1937 to 1954, thousands of bodies were carted into these woods under the cloak of darkness. Most of the victims had been shot without trial, and many were killed for ethnic reasons.

Those with suspected ties to foreign governments or who were even remotely suspected of spying were slaughtered. Their remains were then trucked into the woods, where they were unceremoniously dumped in mass graves. The local villagers were unaware of the atrocities occurring within what’s been referred to as the “Levashovo Wasteland.” Guards poured sand atop the shallow graves and allowed the forest to slowly reclaim the site to help cover the government’s actions.

In 1989, as the Soviet Union met its demise, the public was made aware of the cemetery. It was then transformed into a memorial site. Because the graves were unmarked and have been lost beneath tangles of vegetation, people tacked small pictures and tributes to the victims onto the trees. A few gravestones dot the land, which is divided into sections containing scattered monuments to the Germans, Poles, Lithuanians, Latvians, and Estonians who perished during this dark era in Russia’s history.

The cemetery is open daily from 9 a.m. to 6 p.m. To get there, take a suburban train from Finlandsky Railway Station to Levashovo. From there, you can take bus number 75 or 84 to Gorskoe shosse and the 143 stop. Otherwise, the cemetery is about 30-minute walk from the Levashovo station.