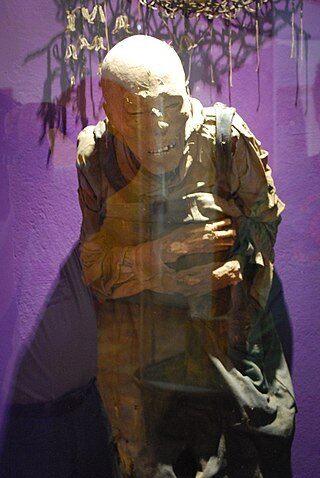 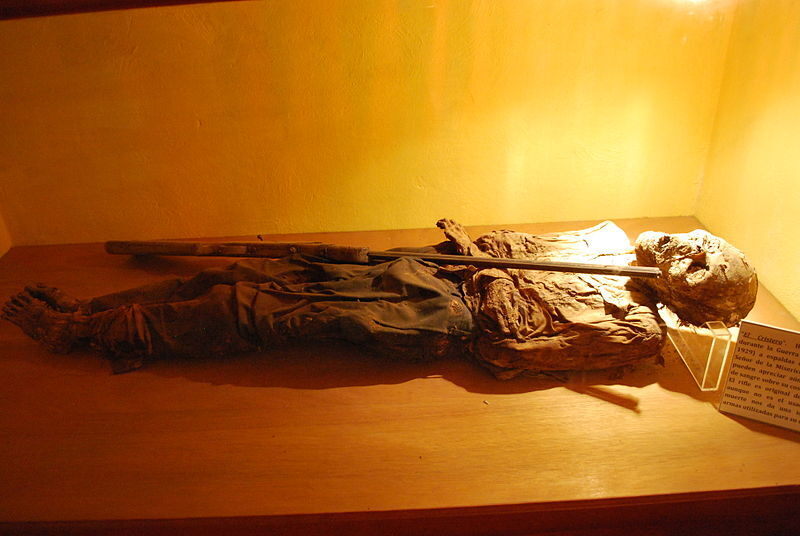 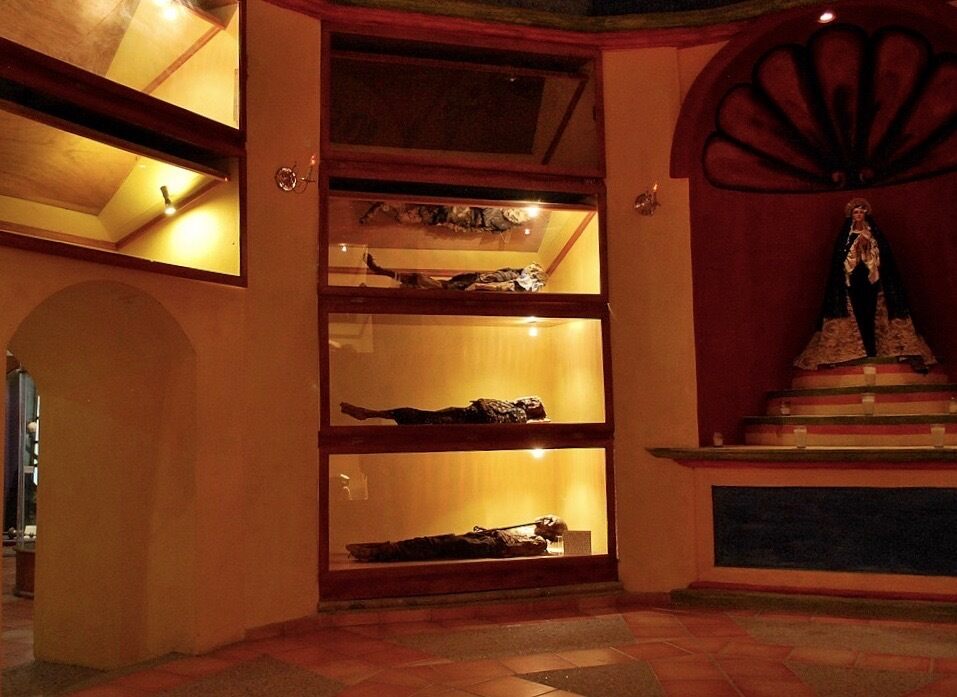 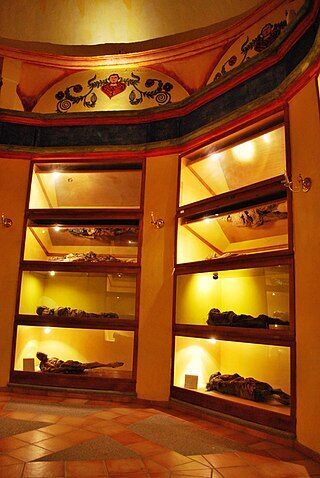 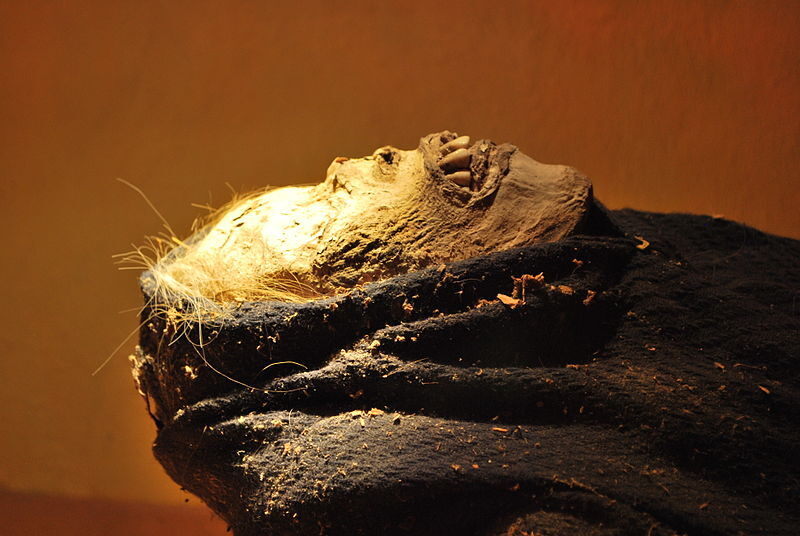 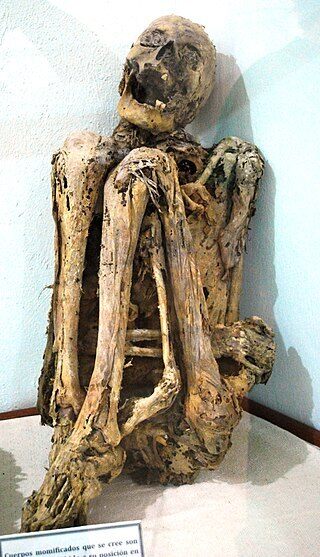 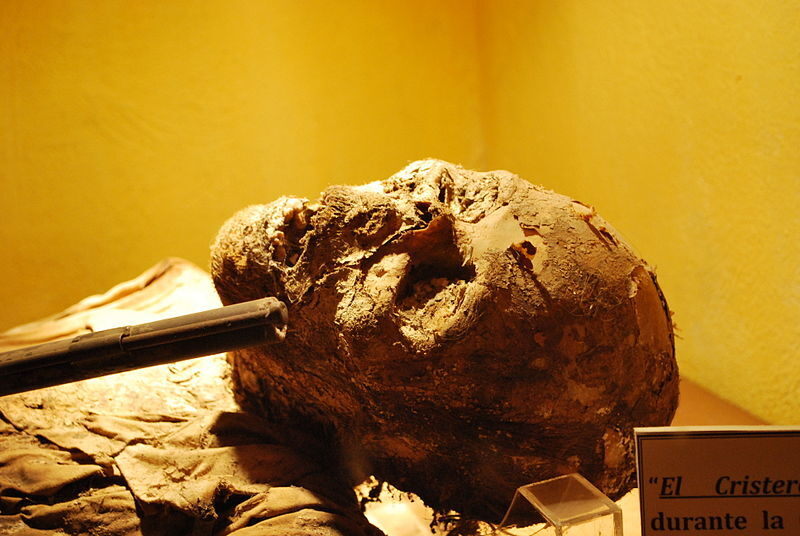 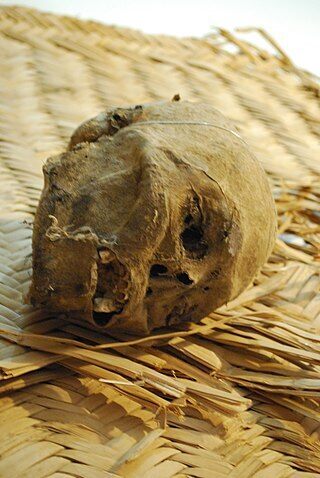 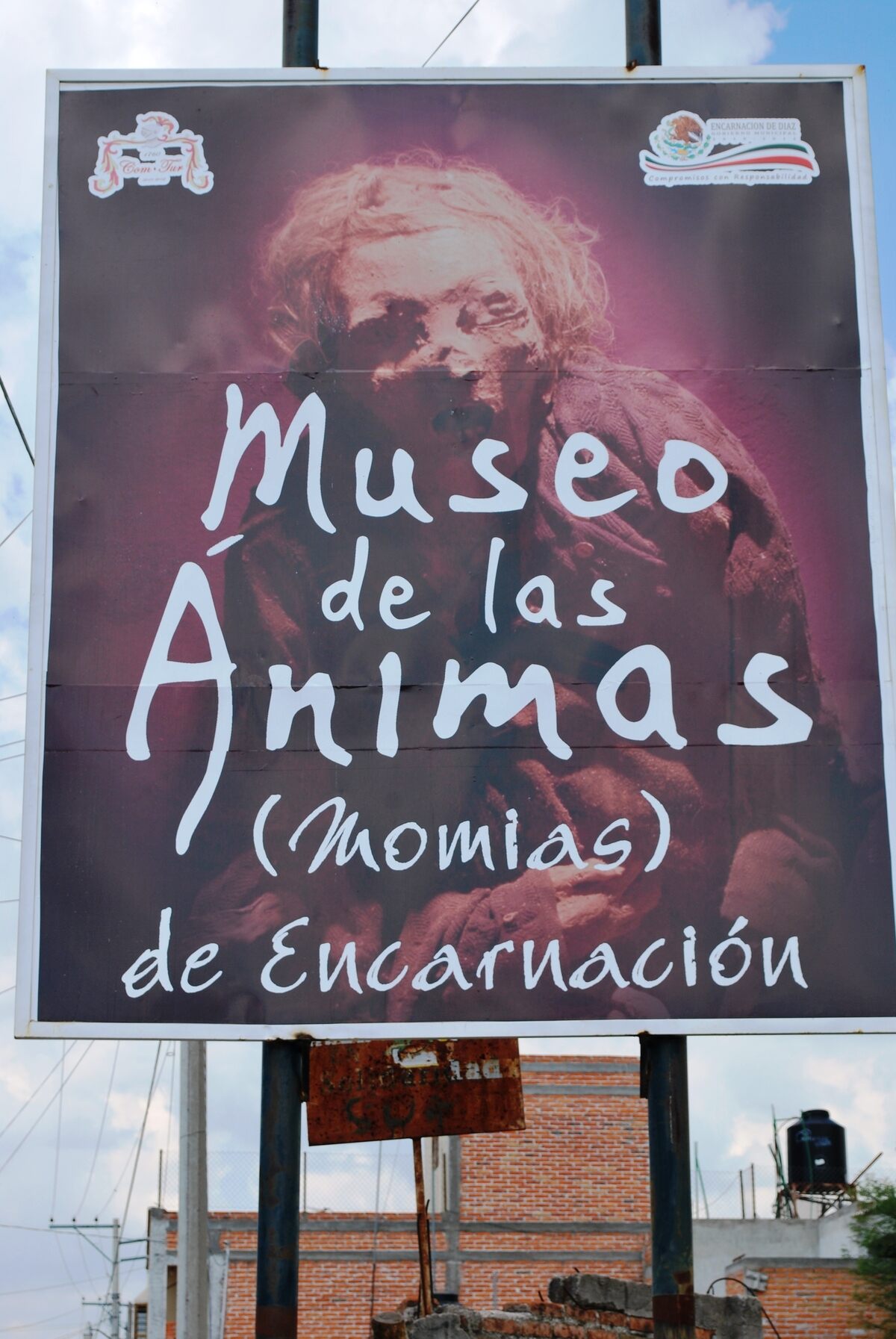 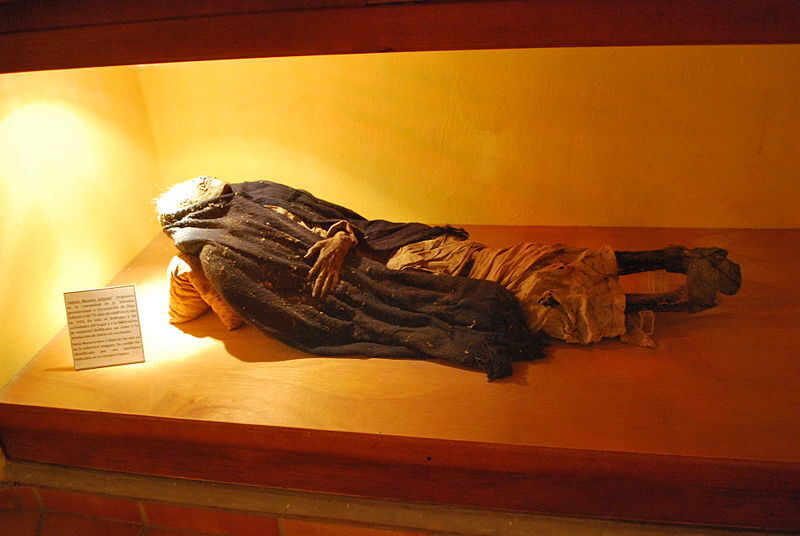 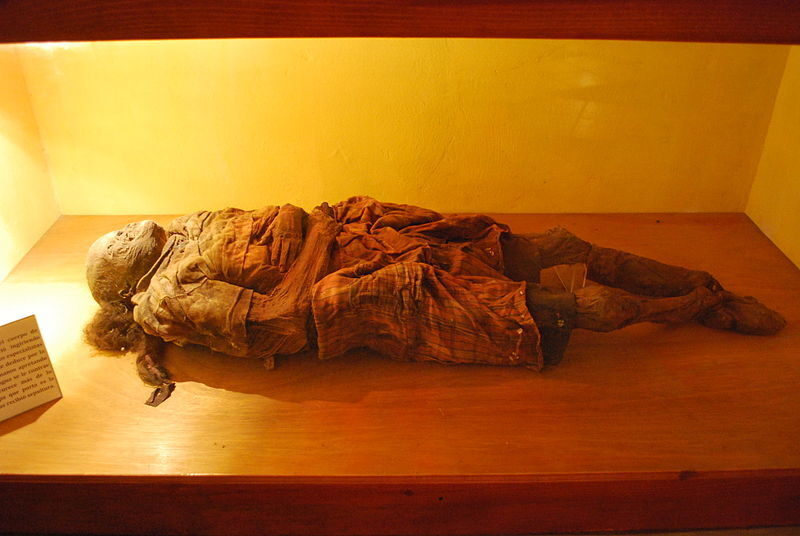 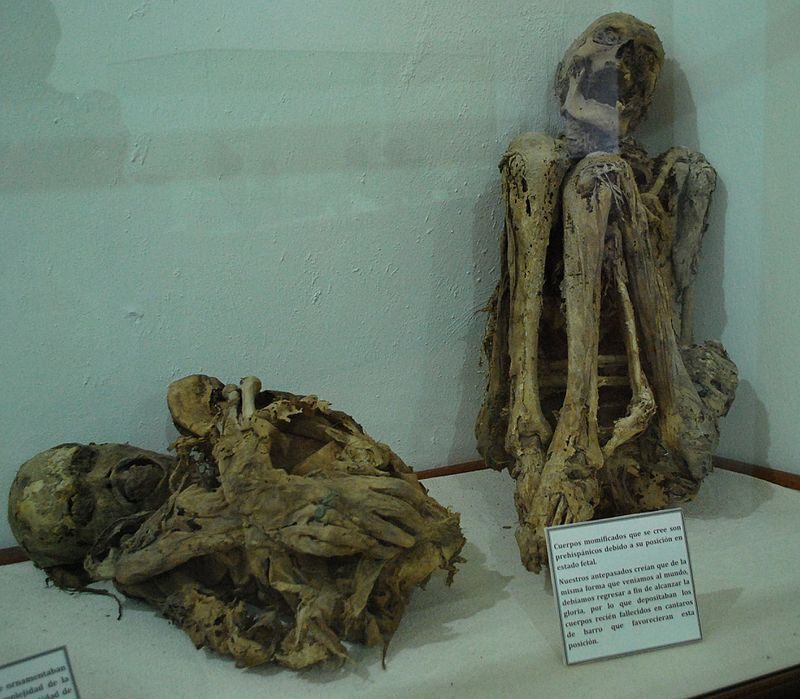 An impressive if morbid collection of mummified remains from different eras of the region's history.


The mummy museum in the small town of Encarnación de Díaz is a morbid collection that seems to have been ripped straight from the pages of famed Mexican writer Juan Rulfo’s gothic magical realist novel “Pedro Paramo.” On display are a number of macabre mummified remains whose disturbing stories are a testament to the darker side of Jalisciense history: a grimacing guerrilla gunned down by a gung-ho firing squad, a shawled señora with a sinister skeletal smile, a poisoned pariah, and a murdered miner, to describe but a few.

The majority of the mummified remains, as is evidenced by their clothes, belong to people who lived in the town and surrounding area during the late 18th century and 19th century. A number of these are said to have met violent ends, with one mummy belonging to a woman who was likely killed by rat poison and another belonging to a man who was murdered by bandits who stole some gold nuggets he had found in a mountain stream. The museum also claims two of its mummies are far more ancient and may belong to the indigenous Cacaxane people who once inhabited the Sierras of Jalisco.

The funerary rites of the Cacaxane were highly unusual in Mesoamerica. The tribes buried bodies in graves known as “shaft tombs,” where the corpse would be interred in either a standing or cross-legged position. The aridity of the region and this burial practice were notably ideal for bringing about the mummification of human remains. But because the Cacaxane were driven to extinction by the Spanish conquistadors in a genocidal combination of disease pandemics and war, it remains a mystery whether the tribes buried their dead in this way intentionally to create mummies or whether this occurred as a natural process.

Many more of the displays in the museum are from the time of the Cristero rebellion, a Catholic insurgency that took place in the post-revolutionary period of the 1920s. The revolt was a response to the secular Mexican government’s attempts to end the political grip wielded by the Catholic church in rural areas of central western Mexico. The war proved to be a particularly bloody and protracted conflict in the Jalisco region, where strong Catholic beliefs and traditions were held by the majority of the Jaliscience population, who refused to submit to the centralized authority of the government.

The subsequent occupation of the region by government troops led to huge numbers of young men of the Catholic faith joining the “Cristero” guerrillas. The brutal treatment by government soldiers and the frenzied and fanatical rhetoric of clandestine priests convinced many that the apocalypse was nigh and that the president of Mexico was the devil.

It’s estimated that between 30,000 and 50,000 people lost their lives during this four-year war, and some scholars believe the death toll was in fact much higher. One of the mummified bodies in the museum, displayed with his rifle, is reputed to be the remains of a powerful local guerrilla commander who was captured and shot by an army firing squad at the height of the Cristero rebellion.

The mummy collection is located within El Museo de las Animas, a larger museum complex dedicated to the region's history. It is open Tuesday through Sunday (closed on Mondays) from 10 a.m. to 6 p.m. and the entrance fee is 20 pesos.