St Nicholas Church Danse Macabre. Only a fragment of this 15th-century Dance of Death survives today. 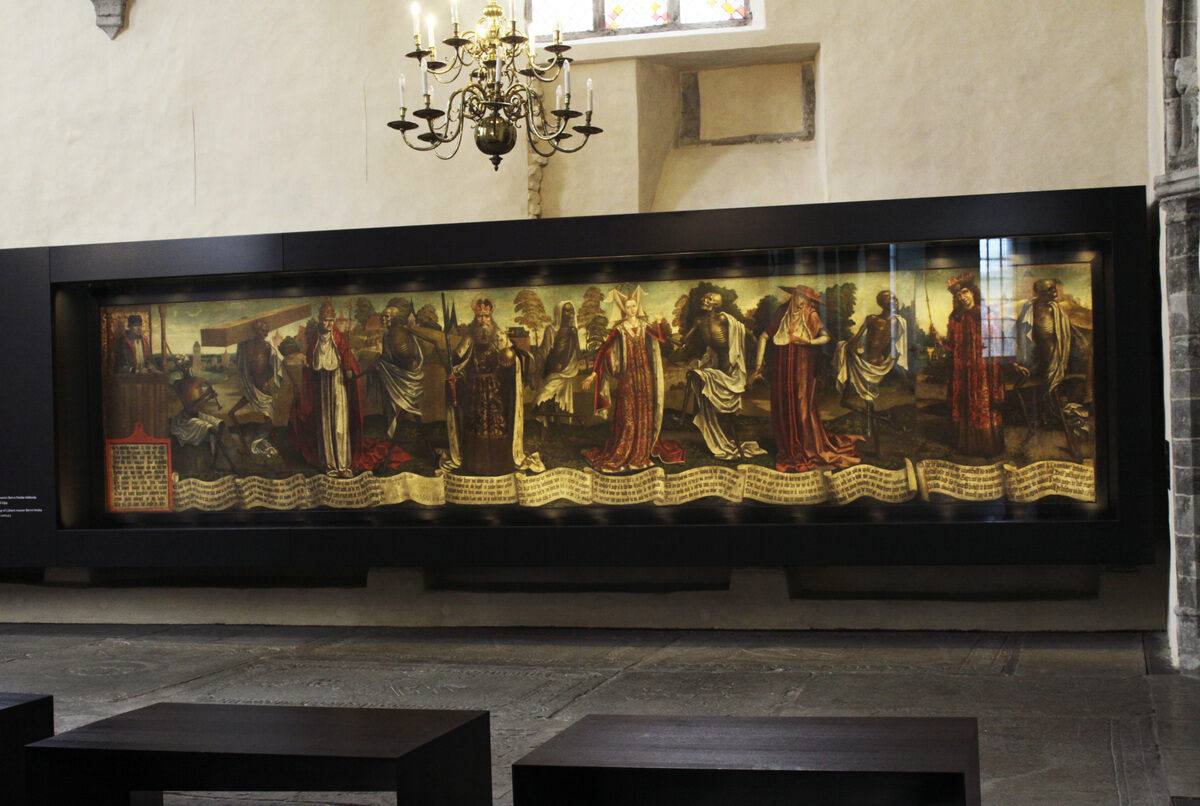 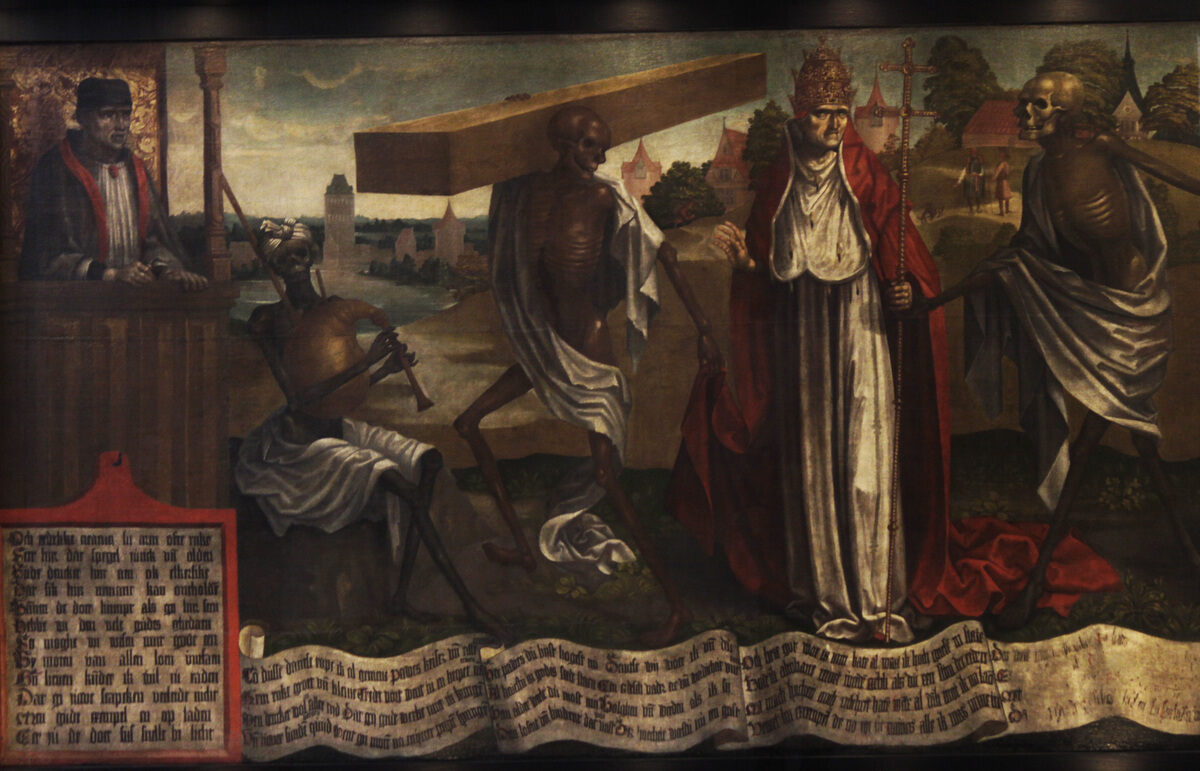 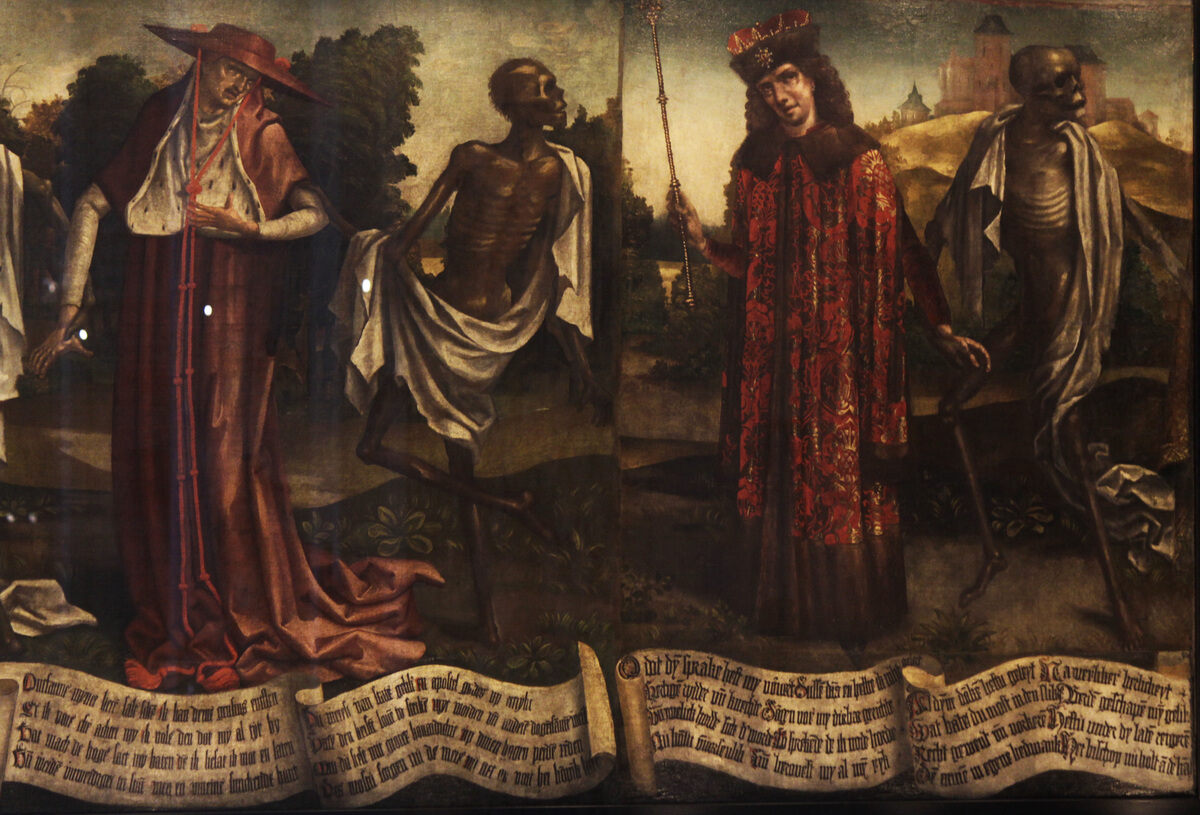 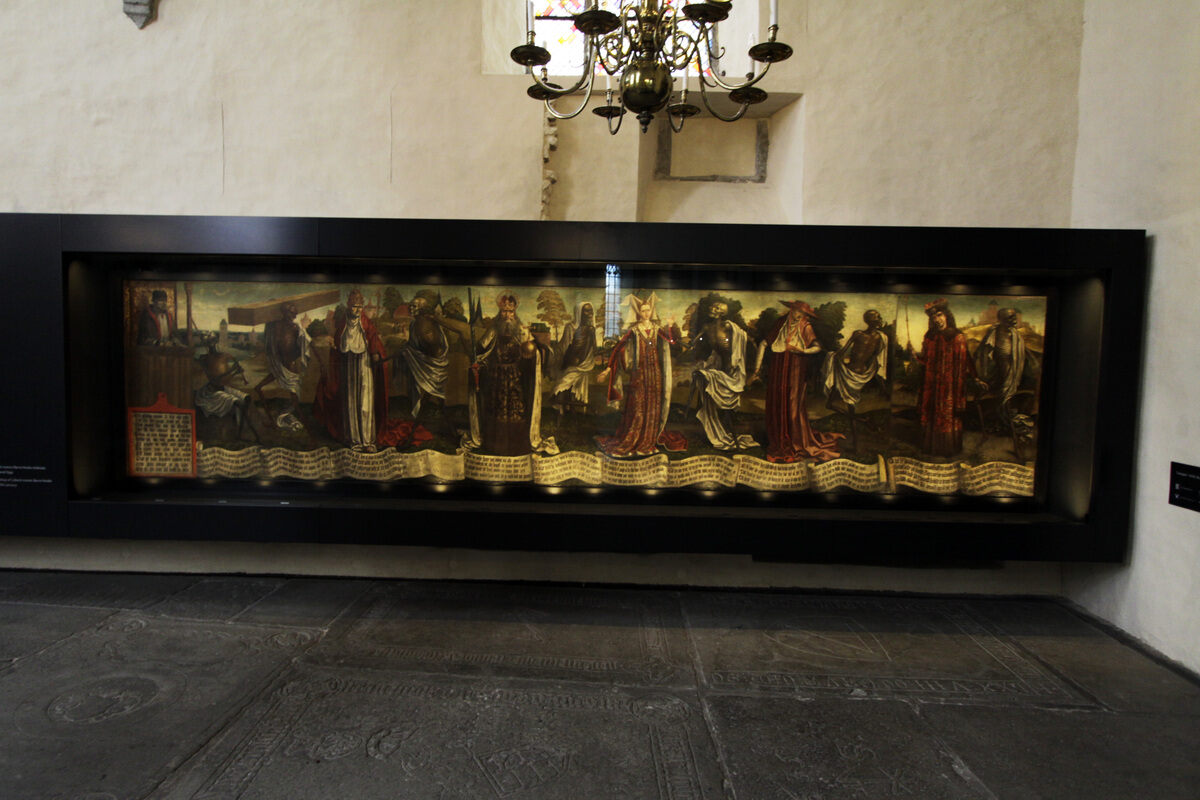 Only a fragment of this 15th-century Dance of Death survives today.

Only a 25-foot-long fragment of the Tallinn Dance of Death painting has survived the centuries. The original painting is thought to have been almost 100 feet long and included about 50 figures.


Look at the artwork, and you’ll see a preacher in the pulpit introducing the dance, followed by Death playing the bagpipes and Death carrying the coffin. After that are Pope, Emperor, Empress, Cardinal, and King, each ledled by a figure of Death. A text of dialogue between Death and other characters is presented on a band below the figures.

The Danse Macabre, or Dance of Death, was a common theme in medieval art. It depicts the universality of death and prods viewers to contemplate the transience of life. The morbid artwork was particularly prominent during the Black Death that devastated Europe in the 14th century.

Artworks of this genre stress equality in the face of death. Though people are lined up according to their social status—the wealthy toward the front, the poor toward the back—they all dance with the same skeletal figures.

The first known mention of Tallinn Dance of Death painting goes back to 1603. It has been attributed to Bernt Notke, one of the best-known artists in Northern Europe during the Late Middle Ages. It’s recorded that such a painting was commissioned in the late 15th century from the workshop of Notke, though the commissioner is unknown.

It is also not known who paid for the painting in Tallinn and where it was initially located. In the mid-17th century, the artwork was located in the chapel of St Anthony of St Nicholas Church. Notke painted work on the same topic for St Mary’s Church in Lübeck, but this was destroyed in 1942.

The painting is now displayed in its own permanent exhibit in the Art Museum of Estonia.